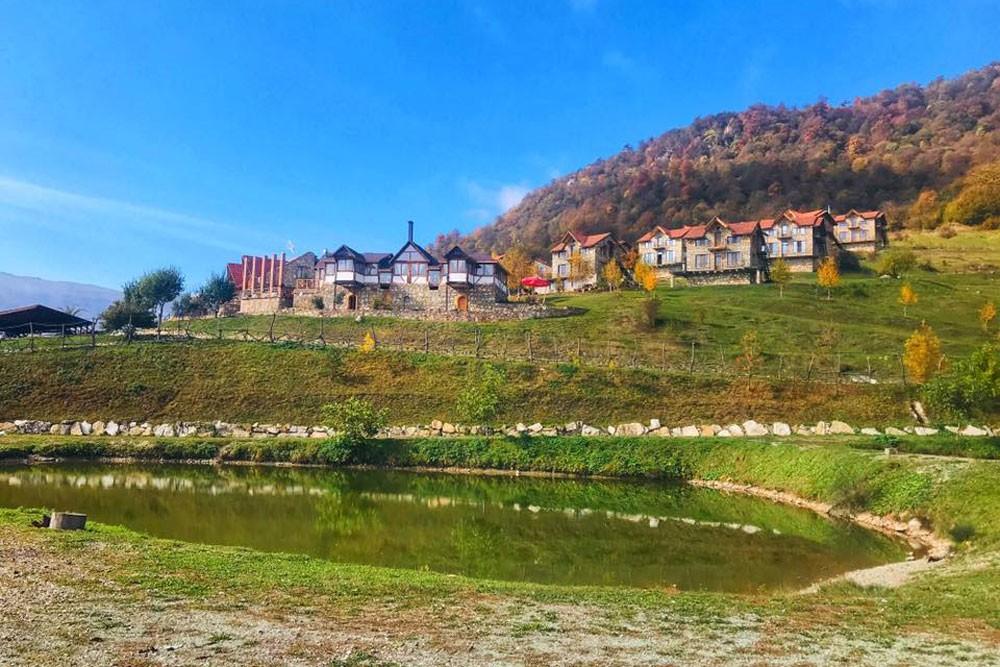 Apaga Resort and Yell Extreme Park are among the most popular tourist destinations in Armenia’s Tavoush Province. They are both managed by the Chibukchyan family.

One month ago, an anonymous letter was published in one of the Armenian newspapers, blaming Apaga Resort and Yell Extreme Park owners for different violations and logging. Since then, both destinations have been frequently visited by various state bodies for inspections.

Hetq talked to the owner of Apaga Resort Artak Chibukchyan, who was a district MP candidate nominated by Citizen’s Decision party in the 2018 snap parliamentary elections.

Chibukchyan says he started investing in Dilijan and Yenokavan in 2000. He started B&B ventures in Dilijan, and then moved to his grandfather’s village of Yenokavan. 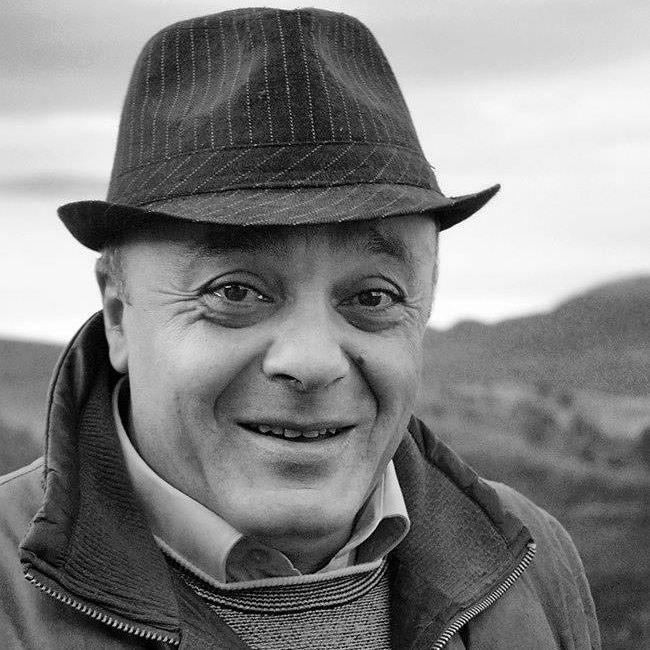 Chibukchyan believes it was his family that introduced the concepts of “active rest” and “family rest” into the Armenian market, bringing fame to the forgotten village Yenokavan, building roads and electricity, and paying a lot of taxes to do everything according to the law.

Several years ago, the family was talked into entrusting their books to an accountancy firm located within one of the State Revenue Committee (SRC) offices. A little later, the SRC started a very strange inspection, asking questions which would be known only by the accounting firm. Another inspection followed in 2016, with an act that was appealed and retracted.

However, the recent attitude of government bodies has tired Chibukchyan so much that he’s now thinking about quitting it all and going out of business.

In November 2018, the Citizen's Decision Social-Democratic Party asked Artak Chibukchyan to run as their district candidate in Tavoush Province, and he accepted the offer.

On November 14, the bank accounts of the family’s two companies, Apaga Resort and Yell Extreme Park, were put on hold.

Chibukchyan says he learnt about it two days later, while trying to transfer taxes. Tax liabilities were the reason.

“Yes, there were tax liabilities, because in August and September they called us from the tax office and asked to transfer the taxes later since, after Pashinyan's reassurance, everyone in Ijevan conscientiously registered their employees and there were many taxes in transfer. Thus, there was a strange and artificial dynamic. People love and respect Nikol Pashinyan, but this was  suicide for small and medium-sized businesses. They started paying taxes, assuming a tax burden which is impossible to endure. And now small and medium-sized businesses are in a terrible state,” says Chibukchyan.

Apaga Resort’s account was unfrozen on December 26, only after having applied to the prime minister, the SRC president, and others, after which they were able to partially fulfill their business commitments. Yell Extreme's accounts remained frozen and were released only on January 24, being put on hold for more than 80 days.

Chibukchyan says the SRC said the freeze was managed by a “robot” working in the tax system, “according to the procedure”.

Chibukchyan believes that the General Prosecutor's Office should investigate this case. As a result, their companies suffered losses in November and December, while they would have expected growth of around 25%. The state also lost a lot in the form of taxes. 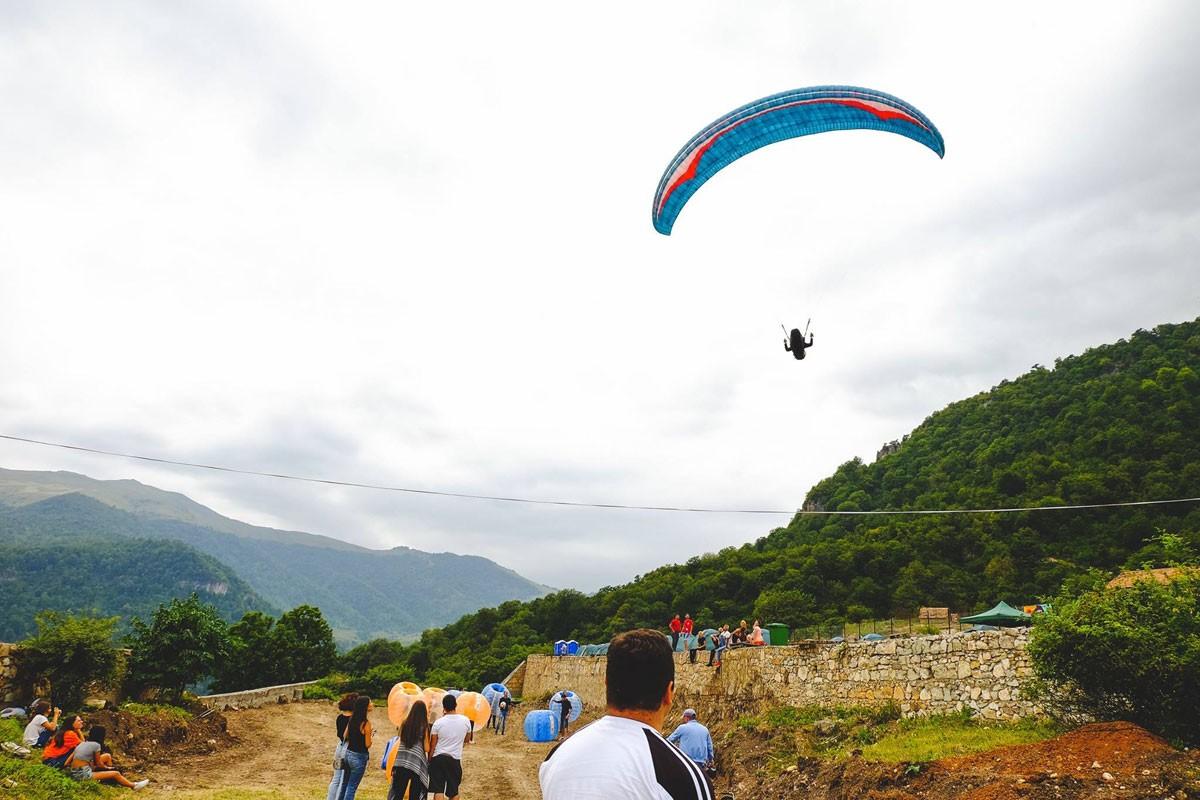 On January 14, A1plus.am published an anonymous letter sent from the e-mail of the non-existent Green Armenia initiative and signed by a non-existent initiative called "Law-Abiding Citizen", as well as by “a group of Yenokavan villagers”. The information related to all areas of the Chibukchyans’ activities: food service, water use, tourism, etc. and the letter accused them of various violations.

Since that day, there have been frequent visits from different government bodies. Chibukchyan says the State Service for Food Safety was the first one to visit, but the Service was surprised to find out that all their products had been inspected, employees had health books, they had contracts with local suppliers, and so on.

“The director of the HayAntar (Armenian Forest) SNCO came to us saying that we had logged the forest. They saw that we hadn’t. They accused us of having illegally purchased wood products, but they saw that it had been done legally. We had visits from the Environmental Inspectorate, Water Users Association, and so on. I do not know who else will come,” says Chibukchyan.

He also tells about a surprise visit from the tax authorities, when four employees ordered food and drinks amounting to 33,000 drams, which included five shots of homemade vodka.

“When it was time to pay, they hinted that we would not issue a sales receipt, but our employee presented the already printed receipt. Seeing that they hadn’t succeeded, they said they wanted to ride a horse. Our employees had already understood that something was going on. The second supervisory procurement was made with absolute violations and an act was issued right there. We have already appealed it through the Prosecutor's Office,” says Chibukchyan.

Chibukchyan moved back to Armenia from Russia 19 years ago. When asked how much he had invested during these years, Artak Chibukchyan replied, "I invested my life. I've just buried my father. My family is in a bad state. On March 17, I must leave for medical treatment abroad. If I’m healed, I will stay there, if not, I’ll be brought back there. Even if the Prime Minister calls me for a meeting tomorrow, I will not go. It’s already too late.”