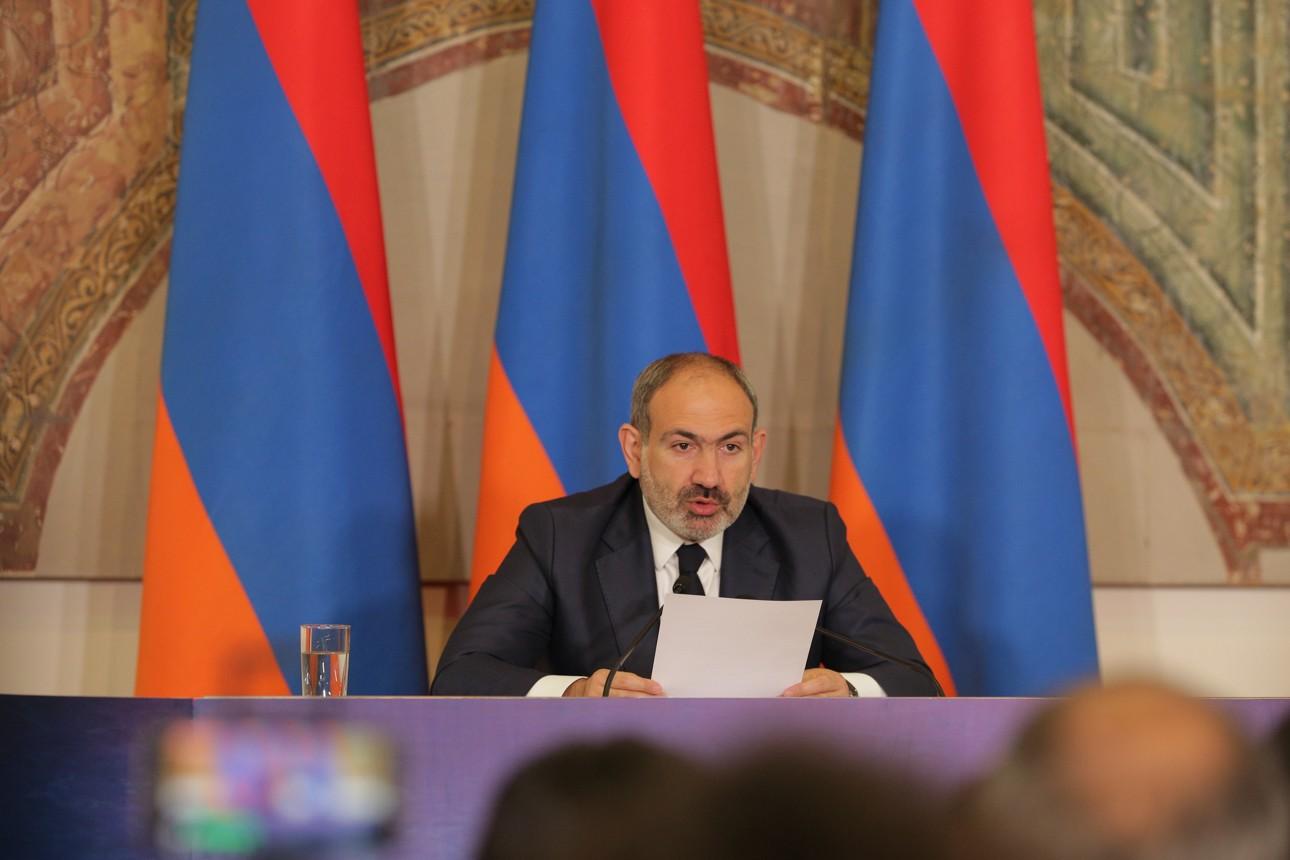 Pashinyan Lists His Achievements as Prime Minister: National Revenues Up, Tax Debt Down

At a press conference today to highlight the 100 top achievements of his first year as prime minister of Armenia, Nikol Pashinyan began by declaring that revenues flowing into the national coffers had increased by AMD 62 billion (US$129 million).

“The national budget’s revenues have grown by 25% in the first quarter of 2019 when compared to the same period in 2018. It was mostly due to a decrease in the shadow economy,” Pashinyan told reporters.

The second achievement ticked off by Pashinyan was that his government has paid off AMD 120 billion it owed to taxpayers who had paid more than required.

“Last year, as of June 1, that debt amounted to 130 billion. That’s to say the business sector paid 130 billion in taxes that it shouldn’t have,” said Pashinyan.

The Armenian prime minister boasted that 82 million more sales receipts had been issued, an increase of some 35%.

For years, business in Armenia failed to provide sales receipts to customers as a means to avoid paying taxes.

Pashinyan noted that those bringing cars to Armenia could now pay all applicable importation fees at any customs house in the country.

He said that salaries for contract soldiers and teachers would increase this year, and that AMD 5.7 billion would be spent on housing for military retirees.

Pashinyan noted that some 700 conscript soldiers on military patrol duty have been replaced by contract soldiers and that Armenian Police Troops are guarding the border with Azerbaijan.