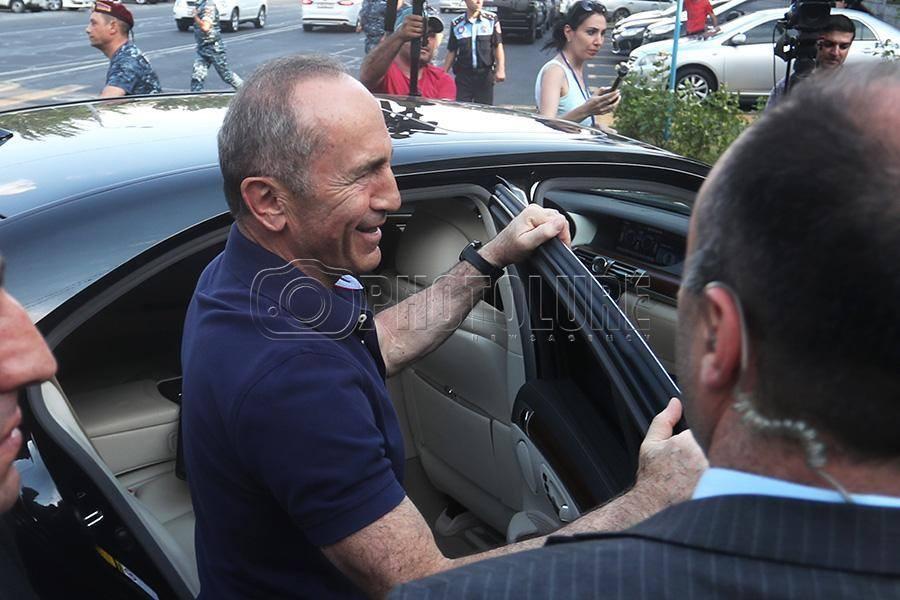 Kocharyan to Reporters: "There's No Law and No Reality"

Before he was taken back to jail today, former Armenian President Robert Kocharyan said the following to reporters.

“I believe you have seen that there is no law and no reality.”

Kocharyan uttered these words outside the Criminal Court of Appeals in Yerevan after it overturned a lower court’s decision to release him from pre-trial detention and to send the entire March 1, 2008 case to the Constitutional Court for review.

Kocharyan, charged with usurping state power and bribe taking, was released from pre-trial detention on May 18 of this year after Artsakh President Bako Sahakyan and former Artsakh President Arkadi Ghukasyan personally guaranteed that Kocharyan would behave properly if released.

Kocharyan will be held at the Yerevan-Central Penitentiary