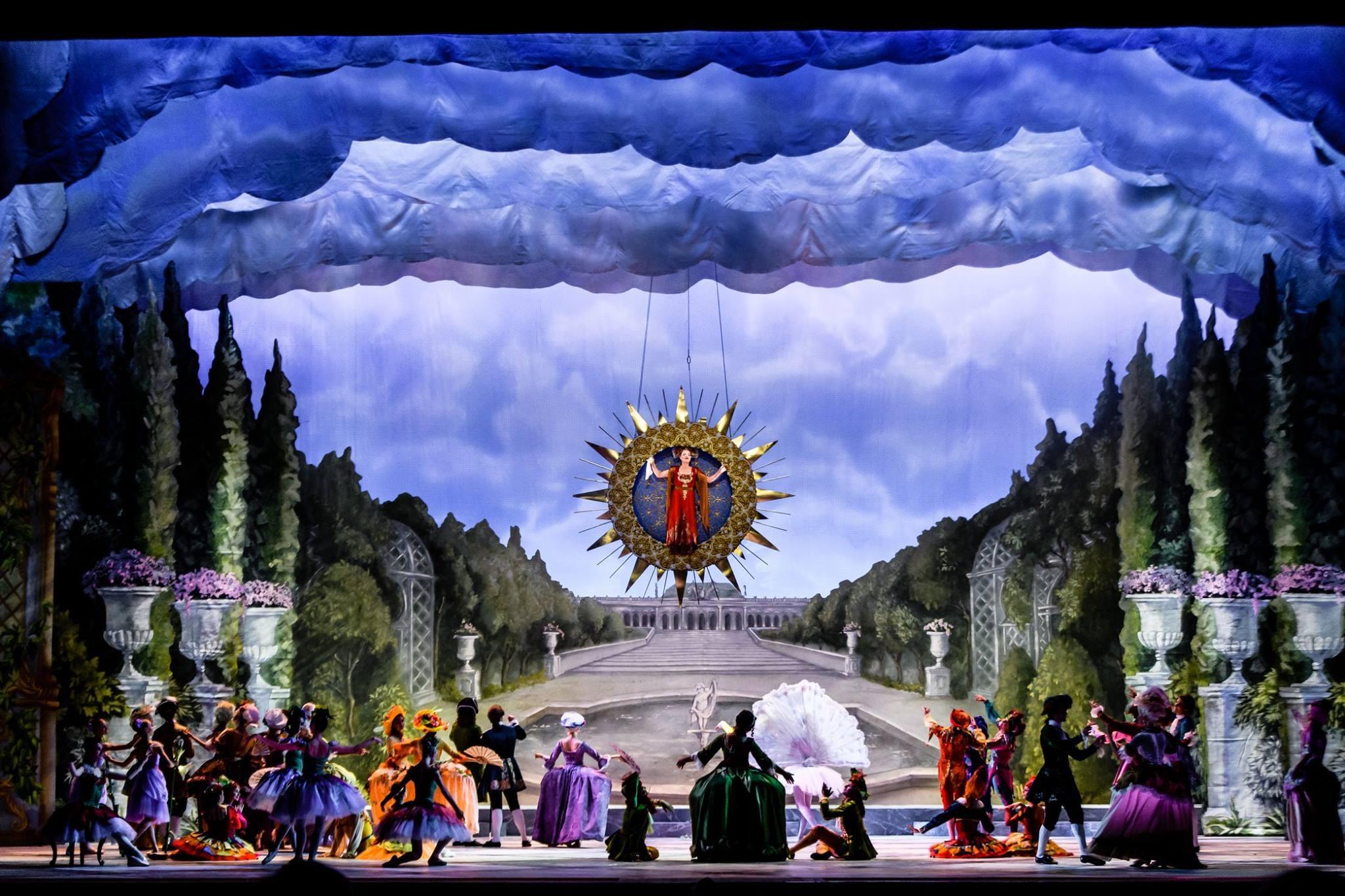 There’s a little-known organization called the Culture & Art Foundation, registered in Armenia, that has received millions of dollars in funding from the US-based National Philanthropic Trust, allegedly to organize cultural events in Armenia and worldwide.

Hetq has done a bit of digging into the Culture & Art Foundation (CAF) and several questions pop up regarding the operations of this one-employee foundation that only started operating several months ago.

Perusing the Culture & Art Foundation’s (CAF) 2018 financial report, we see that it has already spent around 2 billion drams (nearly US$ 4 million) funding cultural projects. Most of these projects are associated with the much larger and well-known European Foundation for Support of Culture (EUFSC), a non- profit organization founded in Malta in 2012.

What prompted Hetq to investigate the operations of the CAF was the huge disparity of money the foundation spent to organize the same ballet in Yerevan and Moscow.

Here, we refer to the CAF’s involvement in the September 10, 2018 staging of The Crystal Palace ballet at Moscow’s State Kremlin Palace.

The author of the production is Alexey Shor, a contemporary Maltese composer, whose name is also mentioned in multiple other projects financed by the CAF. Ornella Mutti, the famous Italian actress, performed one of the leading roles.

The CAF spent 654 million Armenian drams ($1.35 million at the time) for the organization of this event in Moscow. This is the biggest event financed by the foundation.

The Crystal Palace premiered in Malta in 2017, as part of a program celebrating the 50th anniversary of Russian-Maltese diplomatic relations.

Three months before the Moscow performance, the CAF staged ballet’s Armenia premiere at the National Academic Theatre of Opera and Ballet in Yerevan.

Ornella Mutti did not participate in the Yerevan performance. Instead, soloists from the Bolshoi Theatre, Moscow, arrived in Yerevan.

For the Yerevan performance, the CAF spent a mere 35 million Armenian drams.

Replying to a Hetq inquiry regarding the huge disparity in the costs between the Yerevan and Moscow premieres, CAF Director Yanina Shakhgaldyan said that the difference, (20 times more in Moscow), is due to the higher cost of living in the Russian capital. Rates to rent a concert hall in Moscow, to install set decorations, to pay workers, and to house performers are higher in Russia than in Armenia.

The Culture & Art Foundation, according to its regulations, “does not engage in entrepreneurial activity”.

The ballet’s performance was funded by the CAF.

The ballet’s  principal organizer, however, is the aforementioned EUFSC, based in Malta. Its president, Konstantin Ishkhanov, is a graduate of The Gubkin Russian State University of Oil and Gas, Moscow State Institute of International Relations, and Vniineft', A.P. Krylov All-Russian Oil and Gas Research Institute.

Ishkhanov owns several Russian companies and the Germany based ECCA, European Center for Culture and Arts. The ECCA also implements projects with the CAF and the EUFSC. 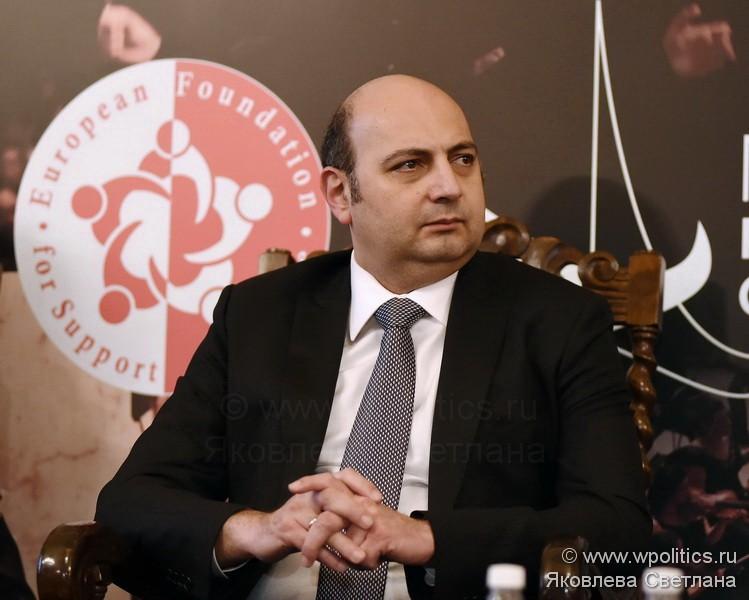 On its website we read that the EUFSC is a non-profit organization founded in Malta in 2012 to initiate and promote cultural and educational projects in Europe (http://eufsc.eu/about-2/). It is the sponsor of the Malta Philharmonic Orchestra and the organizer of its 2018 tour.

This isn’t the only project of the Maltese foundation funded by the Armenian Culture & Art Foundation. Armenian Cultural days in Malta were held for the first time from April 18-30 of this year.

Sergey Smbatyan, Artistic Director and Principal Conductor of the Armenian State Symphony Orchestra (ASSO) (formerly the State Youth Orchestra of Armenia) has been featured as the conductor of multiple events organized by these two foundations.

Smbatyan conducted the Malta Philharmonic during its US tour, the Malta International Music Festival, and Armenian Cultural Days in Malta.

The Armenian State Symphony Orchestra, conducted by Sergey Smbatyan, was one of the organizers of the Armenia International Festival. 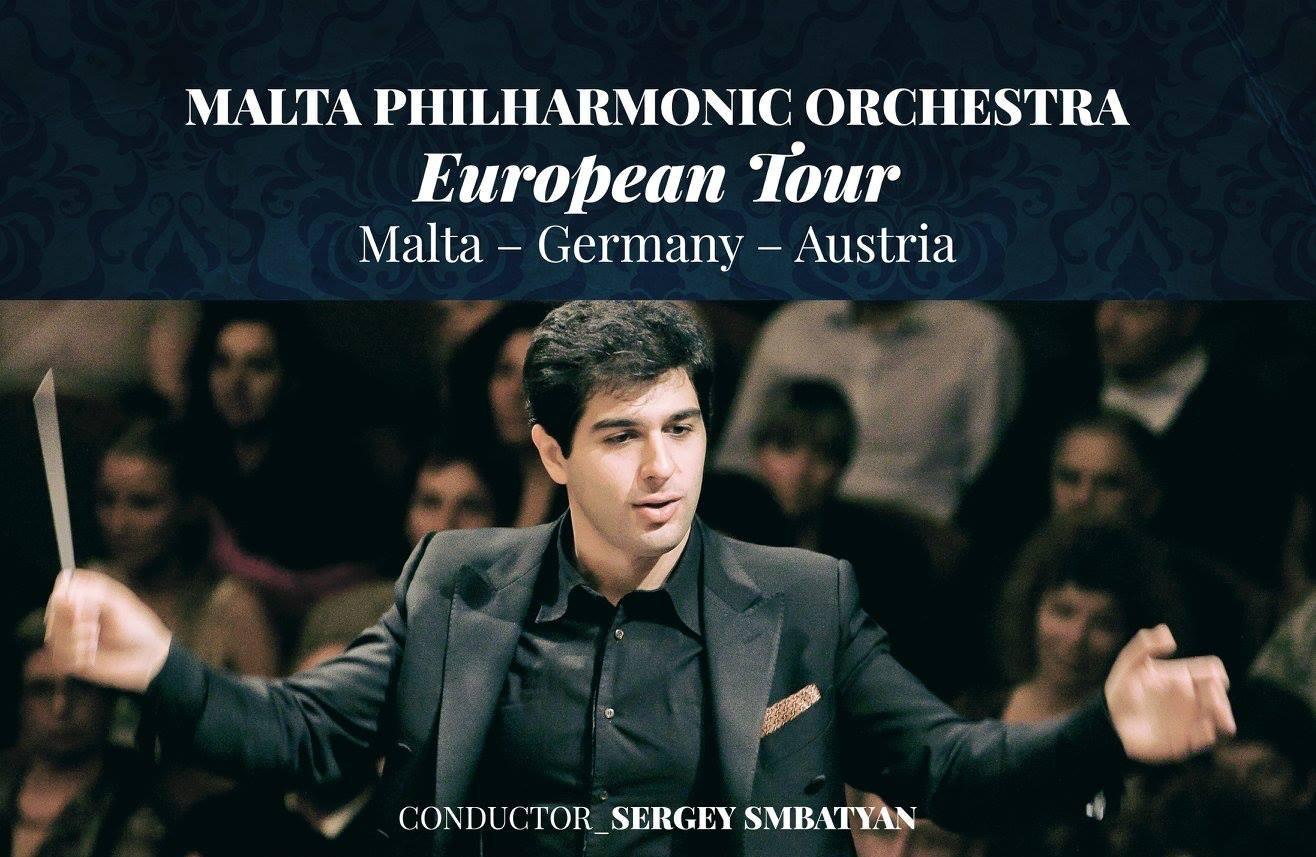 The CAF was registered in November 2017, in Armenia.

Responding to a Hetq inquiry, CAF Director Yanina Shakhgaldyan said that, “the foundation was founded, foremost, to support Armenian musicians and music students; something we have accomplished”.

She added that they have cooperated in co-organizing international events which they found interesting from a creative perspective.

Shakhgaldyan said they cooperate with the Maltese foundation. “As you may notice, we have participated in projects involving Armenian culture and Armenian artists.”

The 2018 Culture & Art Foundation financial report says that it has received 2 billion Armenian drams from the National Philanthropic Trust. The project is formulated as “support for young performers to realize themselves and start international careers.”

The US-based National Philanthropic Trust (NPT) states that it is a “public charity dedicated to providing philanthropic expertise to donors, foundations and financial institutions, enabling them to realize their philanthropic aspirations”. Its website mentions that it ranks among the largest grantmaking institutions in the United States.

Richard Virgilio, the NPT’s media contact person, confirmed that the NPT allocated US$4.33 million to the Culture & Art Foundation in 2018. He refused to disclose other details due to the NPT’s confidentiality policy. Hetq’s follow-up letter addressed to him remains unanswered.

CAF activities were also viewed with a degree of skepticism by the local Trust Audit CJSC which carried out an audit of the foundation’s annual report.

In its audit, Trust Audit noted: “The expenses made within the framework of the funding, to our opinion, are not backed up with sufficient and valid documents”.

CAF Director  Shakhgaldyan argues that this is due to the fact that they gave money for the two events at the end of 2018, but they were planned for 2019, so she couldn’t present the performance documents to the auditor.

While it has been mentioned in various press reports that the Armenia international festival and the Armenian Cultural Days in Malta were also supported by the Ministry of Culture of Armenia, the Ministry denied any cooperation with the CAF.

Hetq received a similar answer from the Armenian Ministry of Foreign Affairs, claiming  that Armenian embassies “had not cooperated” with the foundation “in any framework” and that they had merely attended one of the events organized in Austria as guests.

Armenia’s State Revenue Committee has refused to disclose the amount of taxes the CAF  paid in 2018, arguing that this information is confidential.

CAF Director Shakhgaldyan says that all taxes were paid.

Director Shakhgaldyan is the only listed employee of the CAF.

Others were employed via contracts in the course of organizing the above events. However, it is noteworthy that contract employment cannot serve as a valid reason for not having paid the compulsory payments to the Military Insurance Fund.