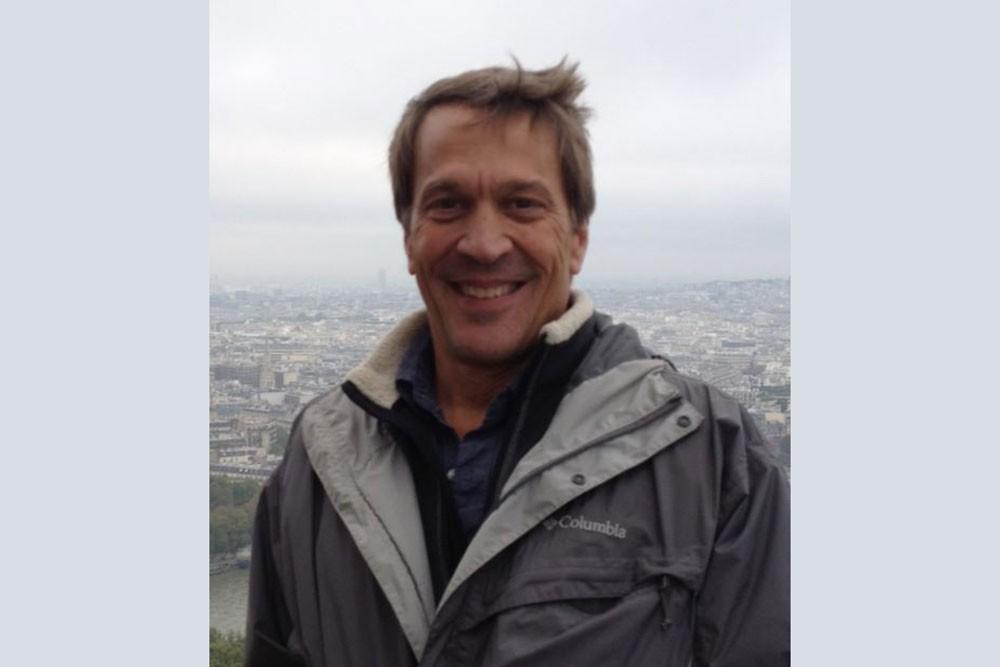 David Hallman is a geologist-engineer. He was the chief engineer who conducted a site inspection of the Teghout tailings facility for the U.S. company Global Resource Engineering. Mr. Hallman agreed to answer Hetq’s questions regarding the tailings facility and to express his concerns on the matter.

When exactly did you conduct the study of the Teghout tailings dam? Was it initiated by Vallex Group?

Following a site visit to the Teghout Mine in February 2017 related to geochemistry studies for Vallex Mining, Global Resource Engineering Ltd. (GRE) recommended that a thorough geotechnical review and evaluation of the Tailings Storage Facility (TSF) be conducted, which Vallex then authorized. A site visit was performed May 12 through 17, 2017 by myself and Mr. Luis Quirindongo, a senior geotechnical engineer at GRE. The purpose of the site visit was to further familiarize the senior GRE geotechnical team members with the site and facility conditions, the tailings dam design, construction and operations; to increase GRE’s technical understanding of the facility and current conditions; and to better define subsequent geotechnical investigations for tailings characterization and an instrumentation monitoring program. Additionally, myself and Mr. Quirindongo met with Avetis Arakelyan, President of the Armenian Association of Seismology and Physics of the Earth on May 18 in Yerevan regarding the institution’s capabilities and potential seismic hazards at the Teghout mine site.

As a result of recommendations made by GRE following the May 2017 site visit, Vallex commissioned GRE to perform a very detailed geotechnical investigation and instrumentation program to evaluate the condition of the in place tailings. This work was conducted during October and November 2017. The resulting data and initial analyses conducted by GRE indicated that the dam was clearly unsafe. Subsequently, Vallex placed the milling and tailings disposal operations on standby effective January 11, 2018 until stability of the TSF could be better defined and the future for tailings disposal determined. GRE’s geotechnical studies at Teghout were effectively concluded April 12, 2018 upon submission of the final geotechnical evaluation report. A copy is provided for your use.

Vallex also commissioned a second, independent technical evaluation of the geotechnical data on the tailings collected by GRE from mining consultants ATC Williams of Australia to provide a second opinion the data by qualified engineers. The results of this study are presented in a technical report dated April 27, 2018 which comes to the same conclusions that the dam was critically unsafe.

Could you describe the situation at the Teghout tailings dam and the problems the study uncovered?

In 30 years of tailings dam engineering I have never encountered a more dangerous condition. The geotechnical data and analyses indicated that the dam failed to meet commonly-accepted international tailings dam standards, as well as the original criteria adopted for design. The dam is unsafe under both static and earthquake-loading conditions. The facility was designed to have 200 meters of fully drained beach sand when it reached the current height. Instead, the tailings are composed of a large percentage of silt and clay-sized particles that do not drain. Additionally, there was water coming out of the face of the dam. This resulted in a condition of marginal stability and GRE considered it very dangerous to make the dam any taller by continuing to operate the structure.

Since the facility has not been in operation for 1.5 years, some slight improvement will have occurred as a result of water either draining or being squeezed from the tailings mass behind the dam. As such, it is likely that the facility can be operated for some period of time with little issue. However, increasing the stress on the existing tailings dam by making the structure taller, raising the water level inside the dam, or increasing seepage by resuming operation will eventually trigger failure. Whether the production rate will be 8 Mt/year or 6 Mt as reported is not significant. I don’t believe the dam will last 6 months even at the lower 6 Mt production rate, and I would be surprised if it survived for as long as a year. Recent tailings dam failures in Canada (Mt. Polley, 2014) and Brazil (Bento Rodrigues, 2015 and Brumadinho, 2019) each occurred under simple static loading.

For stability during an earthquake, failure is predicted for a moderate-sized earthquake which results in a peak ground acceleration (PGA) which is 7 to 8 percent of gravity (0.07 - 0.08g) at the dam site. This level of ground motion is estimated to have a return period of approximately 75 to 100 years, or an annual exceedance probability of 1.0-1.3 percent, and compares to the value of 0.20g which was adopted for the original facility design. A repeat of the 1988 magnitude Ms=7.1 Spitak earthquake which occurred at an epicentral distance of 55 km southwest of the Teghout dam would likely be sufficient to trigger collapse of the structure.

Catastrophic collapse of the dam would result in the loss of much of the tailings and water in a massive flood that would travel for some distance downstream. The recent failure of several tailings dams serve as grim examples of what can happen when that unfortunately occurs.

  The 2015 collapse of Samarco's Fundão tailings dam in southeast Brazil destroyed the village of  Bento Rodrigues killing 19 people and devastated 620 kilometers of river ecosystem. An eyewitness video of the flood of water and tailings released by the dam failure is available online on Youtube (the parts to watch are just the first 1:45 and then from 5:15 onwards. The middle portion is the videographer running uphill for their very life, note that the buildings and vehicles seen at the start are gone at the end):

  The January 2019 collapse of the Brumadinho tailings dam at the Córrego do Feijão mine killed 206 people. A video of the moment the dam collapses and begins to flow as the entrained tailings liquefy is also available online.

Its important to note that the Brumadinho tailings dam had not been in operation for more than 2 years at the time of its collapse.  Part of the recommendations GRE provided to Vallex included conducting a dam breach study to define the downstream areas which were potentially at risk of inundation, and to develop an Emergency Action Plan to implement in the event of an imminent release. However, these were not implemented prior to shut down of the mine.

Did you inform representatives of the Armenian government about the dangers? If yes, what was their response?

GRE’s reports on the tailings dam were provided to the Armenian Ministry of the Environment and Ministry of Economic Development by Vallex Mining in July 2018. Neither anyone at GRE nor myself have had any contact with anyone from the government, VTB Bank, the Russian Copper Company, nor any Bulgarian engineers.

In March 2018, we did meet with a senior tailings engineer from the UK office of international mining consultant Steffen Robertson and Kirsten who was reviewing GRE’s work on behalf of VTB. Unfortunately his report was never released. GRE’s understanding from our meeting was that he agreed with our findings that the dam was unsafe.

What is the solution for the Teghout tailings dam? Can the Teghout mine operate any other way?

What to do with the exiting dam was never resolved. We were evaluating alternatives for Vallex when VTB took possession of the mine. At this point we do not know how the structure has behaved since the shut down in January 2018; particularly how much drainage and lowering of the water levels internal to the dam may have occurred.

The mine can most definitely continue, but with a new tailings dam using a different approach. GRE identified a site located upstream from the existing facility that would be suitable for a new tailings dam constructed in a more stable fashion using an alternative ‘centerline’ or ‘downstream’ design approach. A new ‘starter’ dam that would allow the mine to deposit tailings could be constructed in as little as 3 to 6 months. Meanwhile the existing dam could be studied and ultimately stabilized.

How much investment is needed to eliminate the dangers and make the dam safe?

As stated previously, VTB took possession Teghout prior to the formation of a plan for stabilizing the existing dam and continuing operations. However, stabilizing the dam will be a slow and expensive process, likely costing at least $10M. This work could be done in conjunction with on-going production at the mine if a new tailings dam were constructed, thus providing a potential source of rock for buttress fill, vehicle fleet, work force, and capital to stabilize the existing dam.