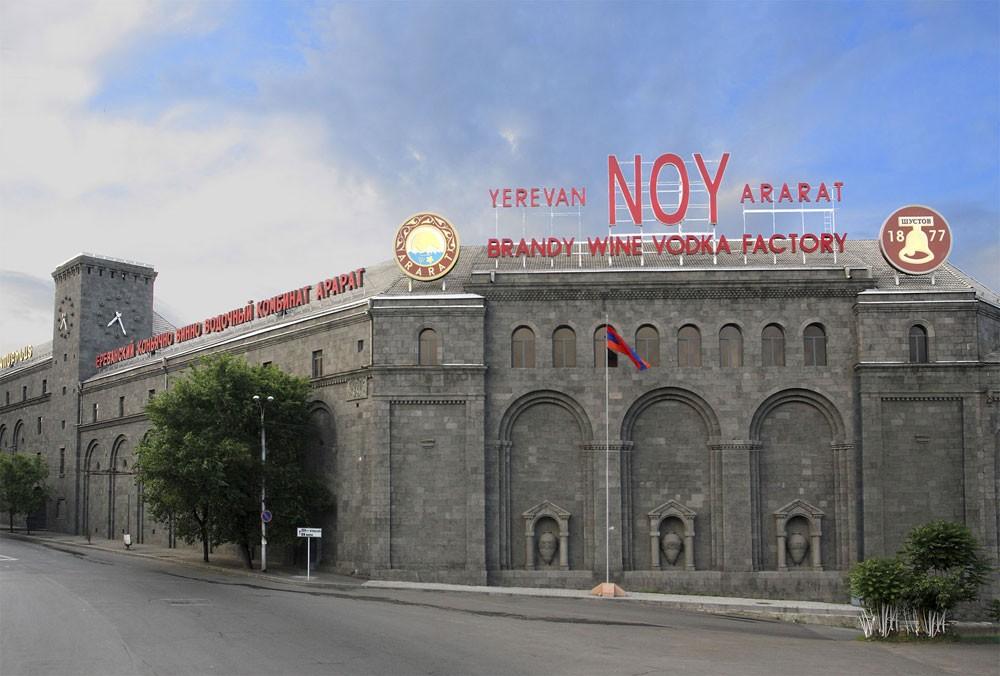 Khachatur Torosyan has a beef to pick with the Yerevan Ararat Brandy-Wine-Vodka Factory owned by Prosperous Armenia Party founder and MP Gagik Tsarukyan.

At the beginning of the year he signed a contract with Daf Alco Trans LLC. Torosyan would lease his trucks to Daf Alco and the latter would transport a batch of the alcoholic drinks produced by the  Yerevan Ararat Brandy-Wine-Vodka Factory (YABWVF) to Russia.

Torosyan says he leased four trucks to Daf Alco Trans. The company has never paid the 16.427 million drams it owes him.

“I’ve talked to the Daf Alco Trans director many times. He keeps telling me that the factory hasn’t paid the transportation bill, and that, as a result, Daf cannot pay me. I don’t know what to do,” says Torosyan.

"We wrote to Daf Alco Trans asking for payment. They turned around and say that the YABWVF hasn’t paid them in order for Daf Alco Trans to pay us. We’re caught between a rock and a hard place. Daf says they can’t pay, and I can’t tell my drivers not to ask for their salary,” says Mirzoyan.

The directors of several companies owed by Daf Alco Trans, say that if the issue is not soon resolved they will park their trucks outside the Government Building in Yerevan in protest.

He says he transported the products of Tsarukyan’s factory to Russia and brought back empty bottles, as per his contract. He says that up to 30 cargo shipments were carried out on a weekly basis

Grigoryan added that he’s worked with the YABWVF for many years, Imports the factory products to the Russian Federation and imported empty bottles from there to Armenia.

"I didn’t have enough trucks. I rented vehicles from 25 companies. Now, the factory isn’t paying what it owes, and I can’t fulfill my contracts.  I'm going to bankrupt along with several companies I've leased trucks from,” says Grigoryan, adding that his debt to 25 companies amounts to 84 million drams.

Mr. Grigoryan says that  the YABWVF owes AMD 124 million to two companies he does business with. (AMD 121 million  to Daf Alco Trans and 3 million drams and Makas LLC. Grigoryan mentioned that he also has a Russian company, "Shark Alco Trans", that is owed 390,000 rubles by the YABWVF.

"My lawyer contacted the company asking for payment within 5 business days.  But no reason was given for their non-payment. We have carried out our obligations and they have signed all invoices. No problems have arisen. They just aren’t paying,” says Mr. Grigoryan.

In the meantime, Daf Alco Trans and Makas have filed lawsuits against the Yerevan Ararat Brandy-Wine-Vodka Factory and are demanding that the court seize the money owed them.

"Daf Alco Trans is on the verge of bankruptcy because we cannot fulfill our obligations to the state and the 25 companies mentioned,"  Grigoryan says.

On January 28, 2019, Daf Alco Trans and the YABWVF signed a contract according to which Daf Alco Trans was obliged to deliver the goods entrusted to it by the factory to the specified destination and to deliver the goods to the recipient. The shipping cost was set according to invoices. The parties set a payment procedure according to which the factory pays a 60% advance payment to the shipping company and the remaining 40% after shipping the cargo to and from the customs inspection.

Daf Alco Trans held up its part of the contract, by the YABWVF has not yet paid the amount specified in the shipping contract.

On April 17, the Daf Alco Trans representative filed a written request to the factory’s directorate to pay the amount stipulated in the contract but received no response.

Daf Alco Trans LLC has filed  a lawsuit against the YABWVF at the Yerevan Court of General Jurisdiction.

On January 8, Makas LLC and the YABWVF signed a contract with the same conditions and destinations. To date, the amounts fixed by the freight contract have not been paid. The Makas representative again contacted the factory’s directorate regarding payment. No answer has been forthcoming.

In June, Makas filed a case with Yerevan’s Court of General Jurisdiction of Yerevan, requesting that the money be seized from the YABWVF.

For clarification, we called the Yerevan Ararat Brandy-Wine-Vodka Factory.

An employee, identifying herself as Lena, answered the phone. She listened to what we had to say and then hung up.

"It's slander. The person has petitioned the courts, and everything will be cleared through the courts. We'll see that it's all slander," Arustamyan said according to Lena.