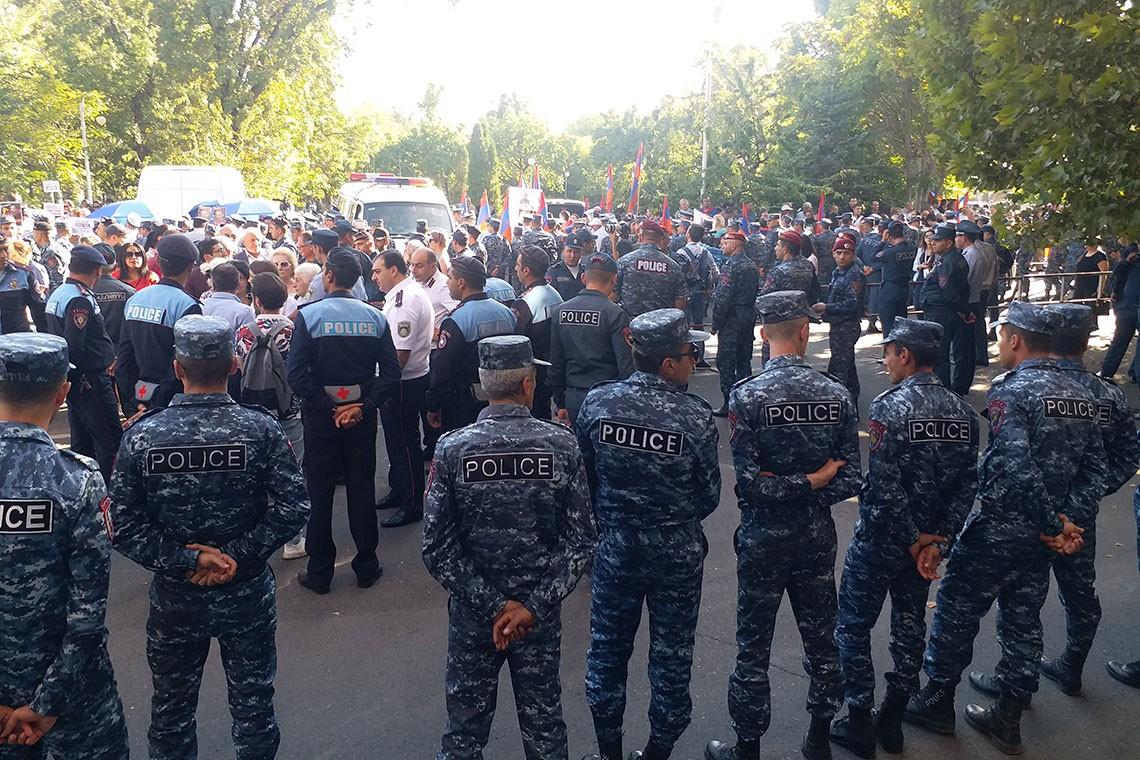 Scores of people gathered in front of the Yerevan Court of General Jurisdiction today to hear whether the court would free former Armenian President Robert Kocharyan from detention on bail.

Kocharyan has been charged with usurping state power and bribe taking.

The ex-president’s defense team filed the bail petition on September 17, after the court refused to release their client on the basis of a Constitutional Court ruling that partially found in favor of Kocharyan.

Kocharyan’s defense team had argued that as a former president, Kocharyan enjoys immunity from political prosecution for events that took place during his time in power.

Kocharyan's lawyers argue that their client has fully cooperated with the court and doesn't pose a flight risk.