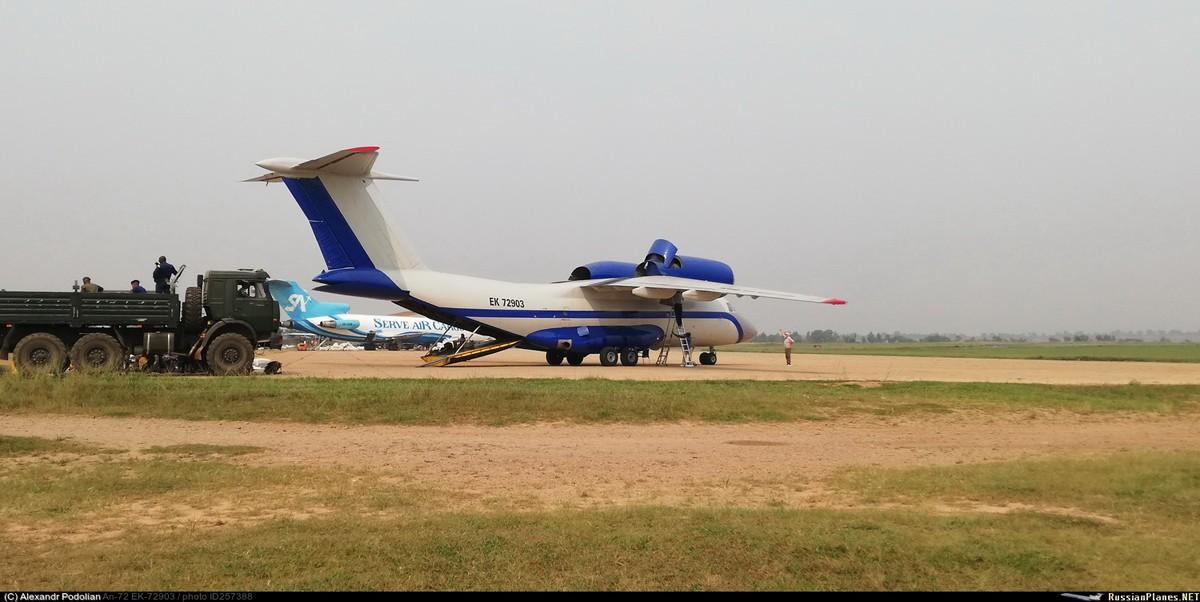 Plane That Went Down in the DRC Bore Armenian Registration, but Wasn’t Armenian

Although the An-72 that crashed in the Democratic Republic of Congo (DRC) on October 10, bore an Armenian registration, it was not Armenian.

The aircraft was marked EK-72903, a registration used when the plane was operated by the Armenian South Airlines. In fact, not only does this company not operate at present, but the aircraft has long been removed from the Armenian Aircraft Register.

Before talking about being Armenian, let's note that according to a statement issued by the Congo Civil Aviation, on October 10, at 15:32 local time, the An-72 transport aircraft departed from the airport in the town of Goma, in the eastern part of the DRC.

According to local media reports, the plane was carrying DRC President Félix Tshisekedi’s armored car, accompanied by his driver and three security personnel. The crew consisted of four people, including Russian nationals (a spokesman for the Russian embassy in Congo said). It is reported that all were killed.

According to the timetable, the plane was supposed to reach Kinshasa in 3 hours (the straight air distance between the two cities is 1554 kilometers), but 59 minutes after leaving Goma, the connection between the aircraft and the flight control center was lost. A search and rescue operation later revealed that the plane crashed west of Goma, 40 km from Punia, a territory in Maniema province, where the remains of the plane were found. 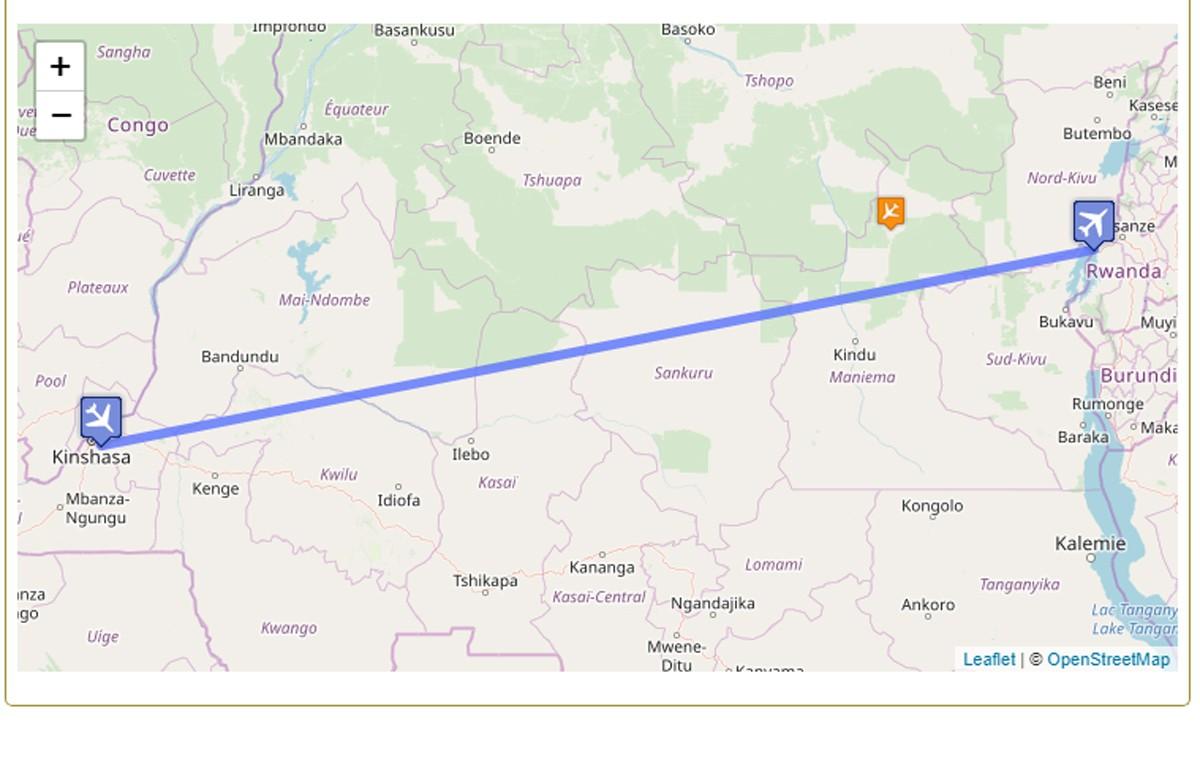 Flight pattern of the Goma-Kinshasa flight and site of the accident (aviation-safety.net)

Shortly after the disaster, there were rumors that President Tshisekedi, who took office in January of this year, was also on the plane. After this news, supporters of the president, thinking that what had happened was a coup attempt, had taken to the streets of Kinshasa in support of his rule.

Thus, there were eight people on board the plane, four crew members and four presidential staff.

The Russian embassy later reported that two of the crew were Russian citizens. They were the captain of the aircraft, Vladimir Sadovnichy, 61, and Vitaly Shumkov, 64.

A captain’s friend and former aide (Sadovnichy was a military pilot before joining the civil aviation ranks) told Russian RBC media that this was not Sadovnichy’s first trip to Congo, but this time the captain had been there for about a year.

Several Russian media outlets reported that in 2011 Sadovnichy and his colleague, Estonian citizen Alexei Rudenko, were accused in Tajikistan of smuggling and illegally crossing of the border. According to media reports, they were forced to land in Tajikistan when they were flying from Afghanistan. The defendants were sentenced to 8.5 years in prison but were later released on amnesty.

Let’s now understand what this aircraft has to do with Armenia.

As mentioned above, the aircraft was carrying the Armenian registration number EK-72903. But a statement by Congo's civil aviation chief stated that it was operated by the country's army air force, which in this case served the president's staff. 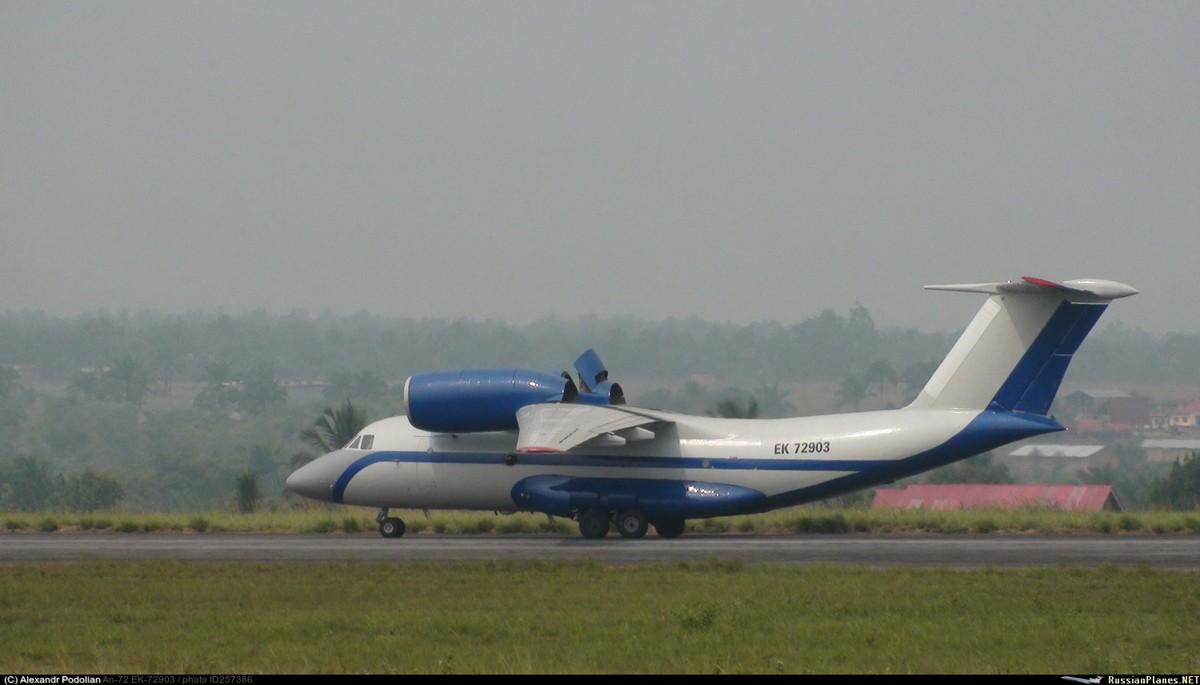 After arriving, the An-72 was scheduled to leave, but stopped for unplanned maintenance. (The July 31, 2019 photo taken by of Alexandr Podolian)

An international source of Hetq, dealing with Africa, told us shortly after the crash that the plane was the EK-72903, although such information was not reported by local and international media at the time. This news was later confirmed in aviation forums and information databases.

According to aerotransport.org, a site specializing in aviation matters, the Congo Air Force had only one An-72, and it was the former Armenian EK-72903.

The plane in question was old. It was manufactured in 1987, operated by the Soviet Army (USSR-72903), and after the collapse of the USSR, it appeared as property of the Russian army.

Russianplanes.net reports that in 2000 the aircraft went on sale at one of the Chelyabinsk military units and was purchased in 2002 by the Moscow-based company Budalak. However, the name of Armenian "South Airlines" is mentioned in the aviation directories as the second operator.

South Airlines was founded in July 2000 in Armenia. The real owner is Russian citizen Vahram Simonyan, a native of Shirak’s Vahramaberd village. According to documents, the company is owned his relatives. Hetq has written a lot about Simonyan's African activities (see here).

Many post-Soviet pilots who worked and worked in Africa know this person well. According to Armenia’s State Revenue Committee, the activities of Simonyan's Armenian companies (South Airlines, V-Berd-Avia, Skiva Air) are now suspended, but he has set up similar companies in the Seychelles, Sharjah, and the British Virgin Islands.

When Hetq wrote about Simonyan in 2014, Samvel Harutyunyan, director of South Airlines, said that Simonyan had moved from Sharjah to Kinshasa because the UAE had banned the deployment of Armenian-registered (EK) aircraft in its territory since 2012. (By the way, Sharjah was a base not only for Simonyan but also for a few other Armenian cargo airlines).

This information was also transmitted by our second source who works in an international organization. He told us that Simonyan had set up a company in Kinshasa in 2015 called South Airlines Co., and that two of his planes are in operation for the Congo Army. One might have guessed that one of them was the same EK-72903, and the other one was the "Il-76 TD" with the Armenian number EK-76992. We did, however, write that both aircraft were removed from the Armenian registry.

If an aircraft is removed from the aviation registry of any country and is not registered in another country, its operation is illegal. In other words, the existence of an Armenian registration on operating aircraft contradicts the fact that they were removed from the registry of Armenia.

The story of EK-72903 is reminiscent of the EK-76300 crash in the Republic of Congo (not to be confused with the Democratic Republic of Congo) in November 2012. Although the latter, according to the General Department of Civil Aviation of the Republic of Armenia, had been removed from Armenia’s register, it was still flying in the Congo with Armenian registration. That is to say, the examples show that old Soviet-era aircraft, especially in Africa, regularly flew and fly illegally without proper registration. On the other hand, if a civilian operator was flying the EK-76300, the army was operating the plane two days ago when it crashed. This creates additional difficulties when determining if the aircraft had a valid airworthiness certificate or registration in the given country registry (even as a military plane).

Interestingly, during the plane’s operation by South Airlines, in the mid-2000s, this An-72 owned by Vahram Simonyan had D2-MBP registration of the Angolan Air Force. However, Russianplanes.net notes that the deal to transfer the aircraft to the new operator did not take place, as it had been under repair for a long time at Kiev’s Zhuliany Airport. 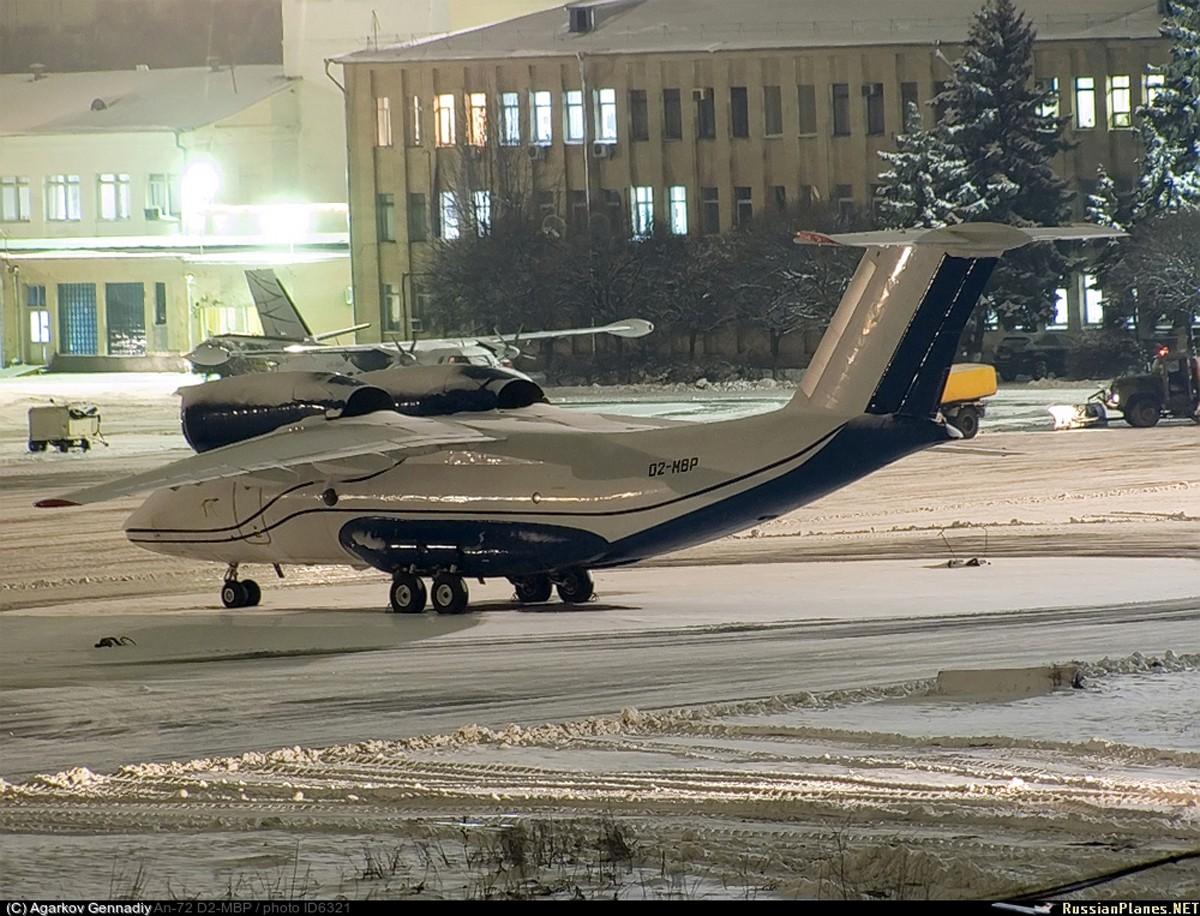 The plane with Angolan registration, December 14, 2007. (Photo by Genady Agarkov)

In April 2016, Hetq wrote about aircraft registered in Armenia, one of which was this South Airlines aircraft. By July 2017, the EK-72903 had already been dropped from the Armenia’s Aircraft Register, but, in fact, the Armenian registration number remained in the plane’s fuselage until the October 10th disaster.

The top photo was taken at Kangana Airport in the DRC. After arriving, the An-72 was scheduled to leave, but stopped for unplanned maintenance. (The July 31, 2019 photo taken by of Alexandr Podolian)