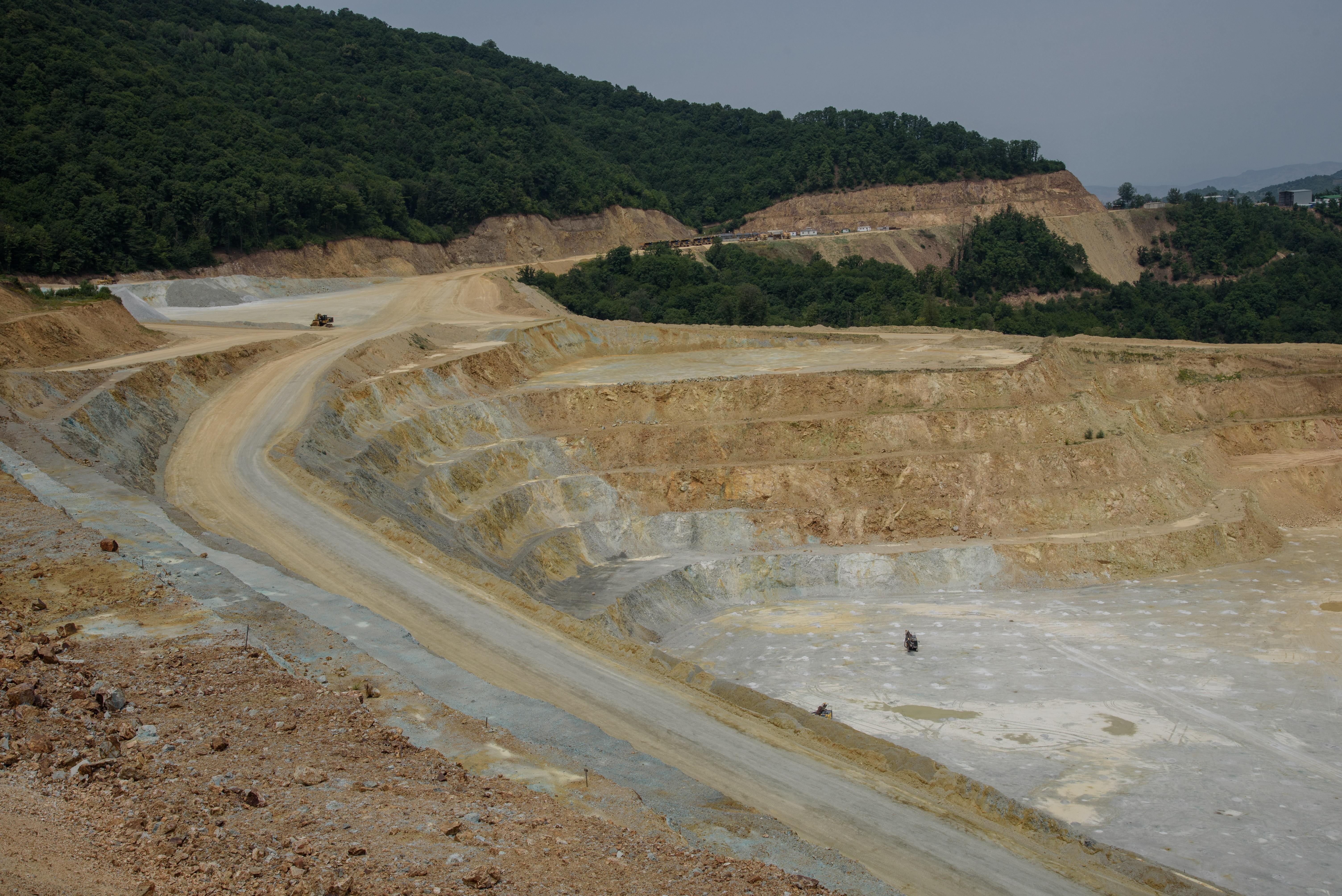 While Armenian government officials responsible for the country’s economy like to boast about annual economic growth of 7% and near double-digit growth in exports, they rarely break down the figures for public consumption.

What is the cost of such growth for the society at large?

To be sure, the economy has registered several positive trends. However, one trend that remains a concern to many is that the mining sector is growing three times faster than manufacturing.

The volume of mining output in January-November of this year, according to the SC, amounted to 323.5 billion drams

The volume of the mining sector mainly derives from the extraction of metal ores.

Armenia’s Teghout copper and molybdenum concentrate mine was relaunched in July 2019 after a break of 18 months.

The large growth of the mining sector is basically due to Teghout.

Other SC figures clearly show the increase in copper and molybdenum production volumes.

In particular, the volume of copper in January-November amounted to 361.7 thousand tons, which is 24% more than the same period last year. And the volume of molybdenum concentrate was 13,000 tons, increasing by 27.8%.

Thus, due to the reopening of the Teghout mine, the growth of the mining industry was significant last year.

Although annual data has not yet been summarized, based on the data of the first eleven months of the previous year, we can safely forecast that the annual growth will be close to 25%. This increase, in turn, will significantly affect the growth of the overall industry.

Unlike mining, manufacturing is growing more slowly. According to the SC, manufacturing amounted to AMD 1.281 trillion in January-November of 2019; an increase of 8.2% compared to the previous year.

Such growth, of course, isn’t insignificant.  However, the drastic growth of the mining industry is not at all in line with the ideas of the economic revolution announced by Armenian government officials.

Manufacturing’s share really declined last year. However, this was not due to the decline in the mining industry, but due to the decrease in electricity and water supply volumes and the reduction of their share, which we will touch on in the last section of this article.

The growth of manufacturing is largely driven by increased volumes of food, beverages and tobacco products.

Beverage production amounted to 166.7 billion drams; an increase of 11.4%.

There was some activity in the clothing industry. The volume of clothing production amounted to 24 billion drams, increasing by 19.6%.

The share of manufacturing in Armenia’s entire industrial production for January-November 2019 was 69%. The share of the manufacturing sector increased by 3 percentage points compared to the same period last year (66%).

As the SC figures show, this has been due to the decline in water supply and electricity volumes, as the share of those sectors I total industrial output declined as well. This is more clearly illustrated in the graph below. 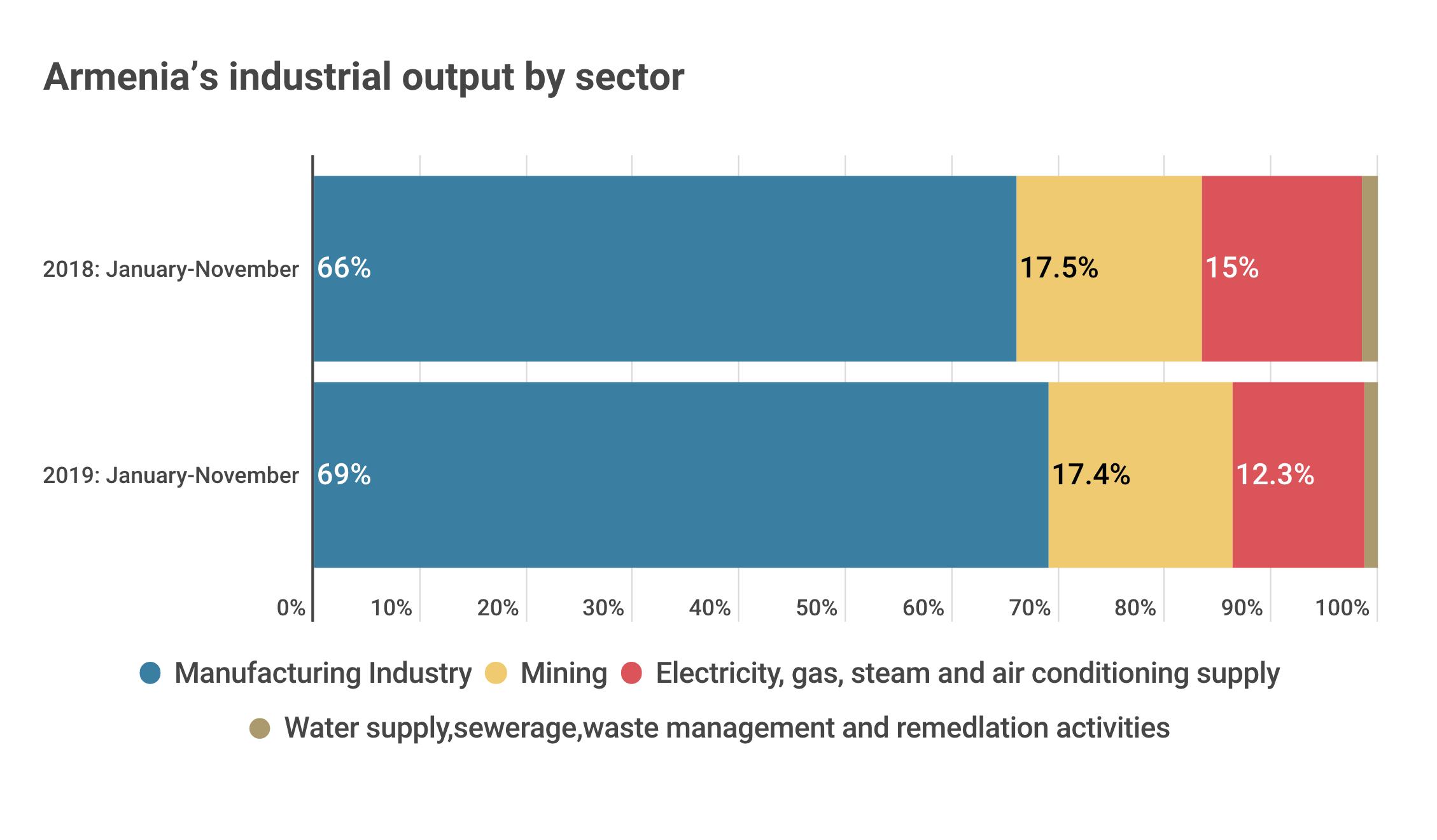 As for the mining sector, its share in total industrial output is 17.4%, which has remained almost unchanged from the previous year.