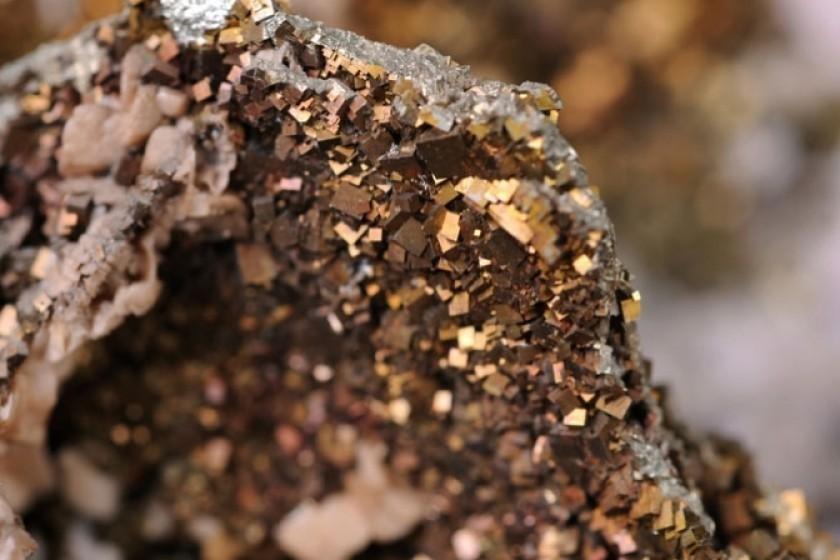 Armenia’s Copper Exports Up 32%; Relaunch of Teghout a Major Factor

Armenia exported 562,000 tons of copper concentrate in 2019, the largest amount in the past ten years. It is noteworthy that in 2019 copper was exported at a cheaper price than in the previous year.

According to data released by the Customs Service, Armenia exported US$627 million worth of copper concentrate in 2019. The next largest exports were cigarettes ($273 m) and brandy ($253m).

The copper concentrate was mainly exported to four countries: Bulgaria, China, Switzerland and Canada. A much smaller amount went to Georgia.

Copper volumes exported from Armenia to Switzerland and China have increased significantly. Ore worth $191.5 million (about 168 thousand tons) was exported to Switzerland. That’s a tonnage increase of 70% over 2018. 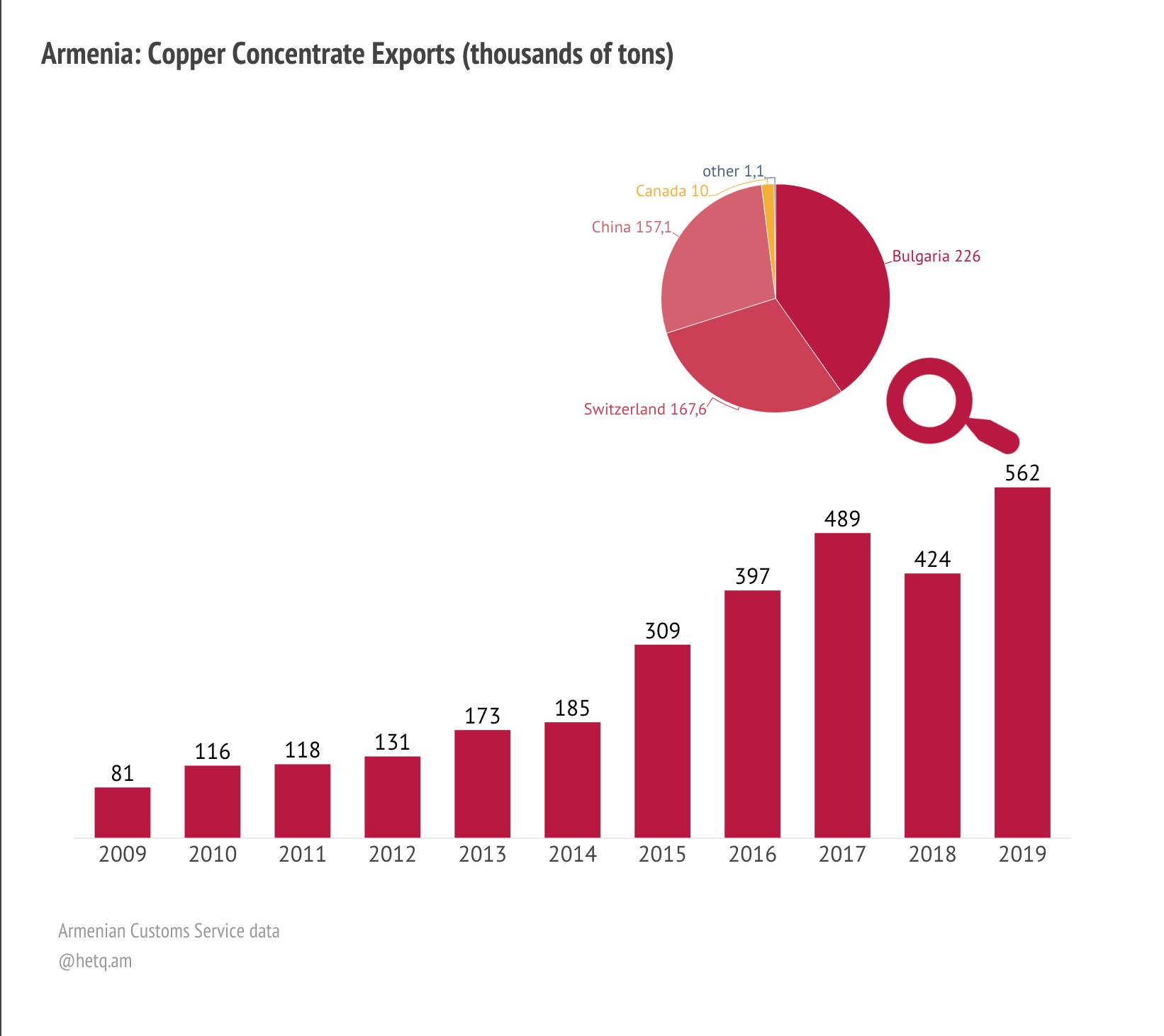 In addition to copper concentrate, Armenia, in recent years, has also exported small quantities of non-filtered converter copper, as well as copper scrap. About $7.3 million worth of copper waste and scrap was exported in 2019, and converter copper, unlike previous years, was not exported. Copper scrap has been exported mainly to the UAE, Hong Kong and the United States.

Production of copper concentrate increased by 26%

Mining in Armenia received a boost with the relaunch of the Teghout mine in mid-2019. After an eighteen month break, mining for coper and molybdenum resumed.

Current world copper prices are not favorable for Armenia

The current decrease of copper prices on the world market does not promise anything good for Armenia's economy. Due to the new coronavirus originating in China, there is a decline in many markets, including the world metal market. This is not at all advantageous for metal exporting countries, including Armenia, where copper is the leader in exports and a loss of copper derived profits is manifest.