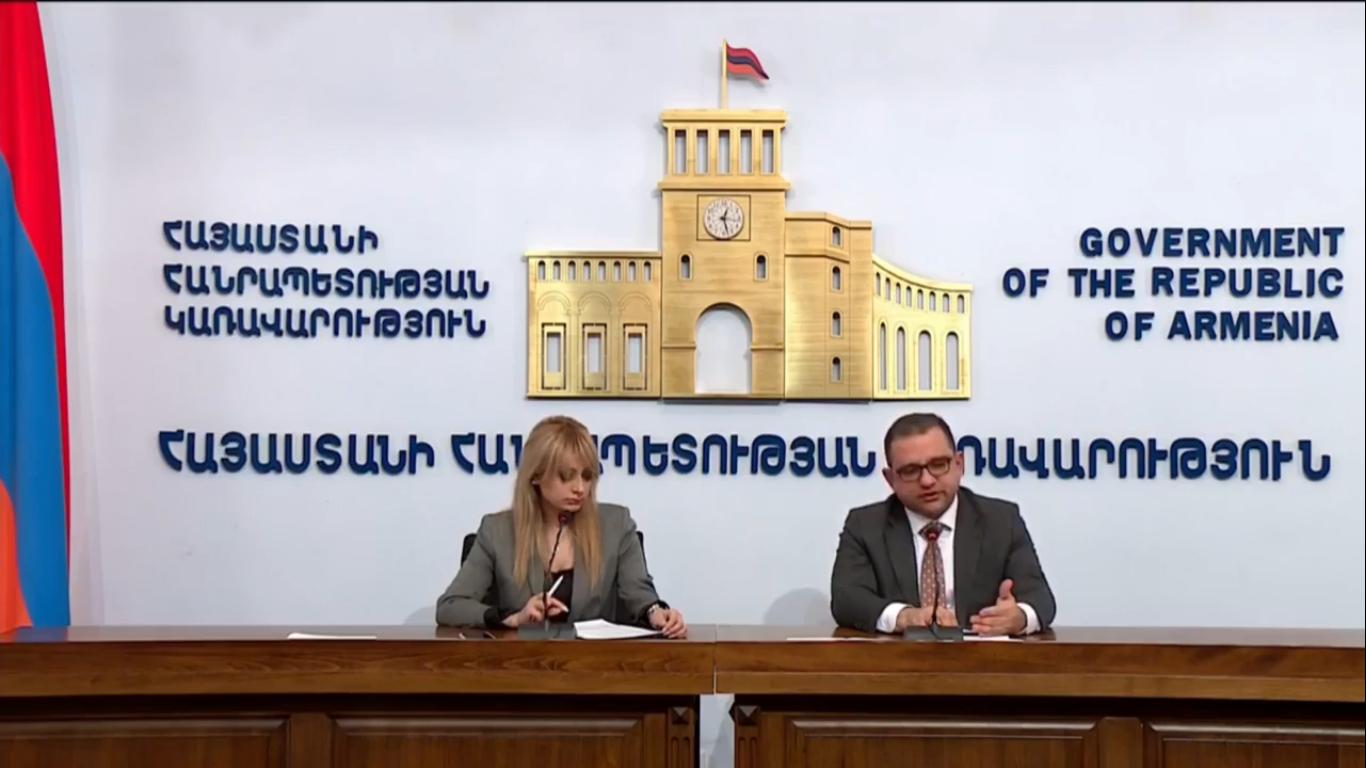 Armenian Minister of Economy: "There will be significant economic losses this year"

Armenian Minister of Economy Tigran Khachatryan, at a Yerevan press conference today, said that the ongoing coronavirus crisis will result in significant losses to the country’s economy in 2020.

“It is difficult to make any estimates as to the extent of the losses. The situation is changing rapidly, and so are the forecasts. But it is natural that this year there will be a significant reduction in economic output compared to the forecasts for the beginning of the year. At the beginning of the year, the forecasts were quite optimistic. Difficult times will pass and despite the difficulties, we will quickly restore our potential and economic activity,”  Khachatryan said.

Government programs to counter the economic impact of coronavirus in Armenia may be modified later to make them more effective, the minister added.

“We made the choice between speed and accuracy. We have chosen to get our support to the targets as quickly as possible. It is not ruled out that in some cases we have made decisions that need revision. Concurrently, we receive inquiries from the private sector which tell us where we should be more attentive,” the minister said.

He recalled that four programs aimed at countering the economic consequences of the coronavirus have been launched.

“The first is to make the funds available quickly to companies that are reliable partners for commercial banks. Banks decide which organizations are the most reliable borrowers that can benefit from government co-financing, refinancing or interest subsidy programs. ”

The second program, according to the minister, is aimed at agriculture. Within the framework of these measures, it is envisaged to provide preferential loans to farmers at zero interest rates.

“This is not a new direction for the government. Last year, too, huge support was provided. This year we have made some additions to this package, aiming especially at making available the funds that our farms will use in their activities, especially before agricultural works begin in the spring,” Khachatryan said.

The third area is the support of small and medium-sized businesses, which is also designed to provide SMEs with an accelerated procedure if they have a good credit history.

"And the fourth mechanism will be to support companies that have not cut staff and salary funds since March of this year, despite the economic downturn. We have stated that in the case of these organizations the average salary of every fifth employee is paid by the government,” Khachatryan said.

The government will not disclose the names of individuals or organizations that will benefit from the above-mentioned economic assistance programs. According to Khachatryan, only the number of the beneficiaries of these programs will be disclosed and the amount of the assistance.

“The programs are new and there are not many numbers at the moment. For example, within the third program to support organizations that had 24-500 million AMD turnover last year, with no overdue tax and credit obligations, we have already received more than 120 applications with a credit demand exceeding 1.4 billion AMD. The ministry has yet to find out whether these organizations are in compliance with the program requirements or not,” the minister said.

As for the agricultural support program, the Khachatryan predicts that this year there will be more beneficiaries than last year.

“During 2019 we had more than 9,000 beneficiaries, for which the government subsidized more than 53 billion drams in loans or leases. The interest on these loans was mainly paid by the state and the principal by the borrower. This new plan is intended to fully repay interest payments by the state. And we can be sure that by 2020 the number of users of this program will reach a minimum of 10,000, with at least 60 billion drams of credit resources,” Khachatryan said.

In order to ascertain business sector losses suffered in March, the Ministry of the Economy conducted surveys of private sector companies that have limited their economic activity for various reasons since mid-March or earlier. The number of these organizations is over 1,200.

Khachatryan did not mention the amount of losses they had recorded, only saying that they were significant.

"I is still early to make estimates for the year, because it all depends on how quickly we can manage the situation caused by the coronavirus. But, of course, there will be significant losses. When companies return to normal operation, we will launch other government support programs. "

Khachatryan also referred to the issue of rent. Today, various businesses owners have shut down operations at sites they are leasing. There is no guidance or support program from the government to address the issue of their rent at this time.

Government cannot intervene when it comes to business rent problems

The minister said the rent issue needs to be worked out between the tenant and the landlord to find a mutually agreeable solution.

“The situation is unusual. This is an emergency for the economy. We hope that both parties, the lessees and the lessors, understand the situation and will agree to consider losses and opportunities mutually. Here the government cannot intervene much. The problem is extensive - a small shop, a hairdressing salon, bookmakers and more. We think that both sides of the private sector should come to an agreement with minimal losses for both,” Khachatryan said.

Russia remains Armenia’s largest trading partner and thousands of Armenian seasonal workers there send millions back to family in Armenia.