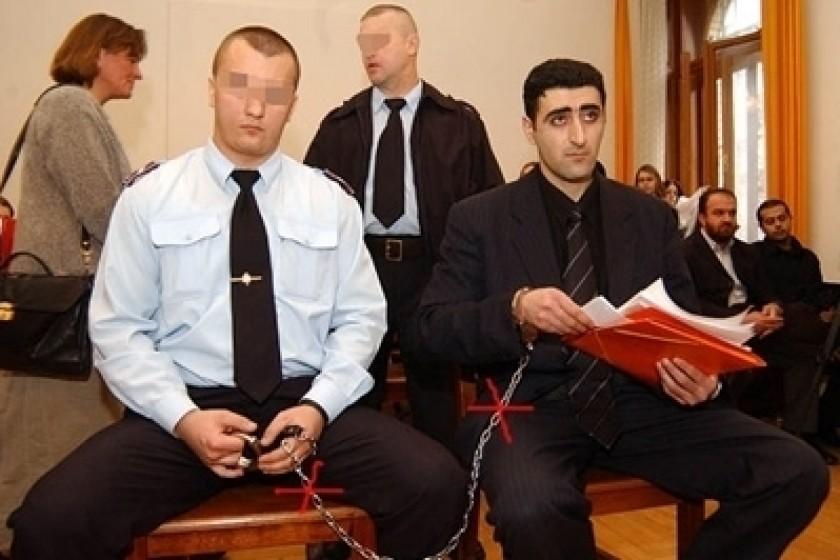 The European Court of Human Rights (ECHR) today ruled in the case of Gurgen Margaryan, an Armenian army lieutenant who was axed to death in Budapest in 2004 by Ramil Safarov, an  Azerbaijani army lieutenant.

The two were in Hungary to participate in a NATO sponsored English language training course. Ain 2006, a Budapest court sentenced Safarov to life imprisonment. Hungarian authorities released him to Azerbaijani authorities in 2012, so that he could spend the rest of his sentence there. Azerbaijani President Ilham Aliyev immediately pardoned him. Safarov was later promoted to the rank of major and provided with lodging and other perks.

Today, the ECHR issued a press release today on the ruling entitled “Azerbaijan violated the Convention by releasing an extradited officer who had murdered an Armenian soldier during training in Hungary”.

The press release, in part, reads:

The case “Makuchyan and Minasyan v. Azerbaijan and Hungary” (application no. 17247/13) concerned the presidential pardon given to a convicted murderer and his release following his transfer from Hungary to Azerbaijan to serve the rest of his sentence.

R.S., a military officer from Azerbaijan, killed an Armenian military officer and attempted to kill another one when they were attending a course in Hungary in 2004. The case also concerned more generally the hero’s welcome given to R.S. in Azerbaijan upon his return.

In today’s Chamber judgment1 in the case the European Court of Human Rights held:

by six votes to one, that there had been no substantive violation by Azerbaijan of Article 2 (right to life) of the European Convention on Human Rights;

unanimously, that there had been a procedural violation by Azerbaijan of Article 2 of the Convention;

unanimously, that neither the Azerbaijani nor Hungarian Governments had failed to comply with Article 38 (obligation to furnish necessary facilities for the examination of the case).

The Court found that although Azerbaijan had clearly endorsed R.S.’s acts, not only by releasing him but also by promoting him, paying him salary arrears and granting him a flat upon his return, it could not be held responsible under the stringent standards of international law which required a State to “acknowledge” such acts “as its own”.

Moreover, those acts had been part of a private decision and had been so flagrantly abusive and far removed from the official status of a military officer that the Court could not see how his commanding officers could have foreseen them or how Azerbaijan could be responsible for them just because he was a State agent. However, it found that there had been no justification for the Azerbaijani authorities’ failure to enforce the punishment of R.S. and to in effect grant him impunity for a serious hate crime.