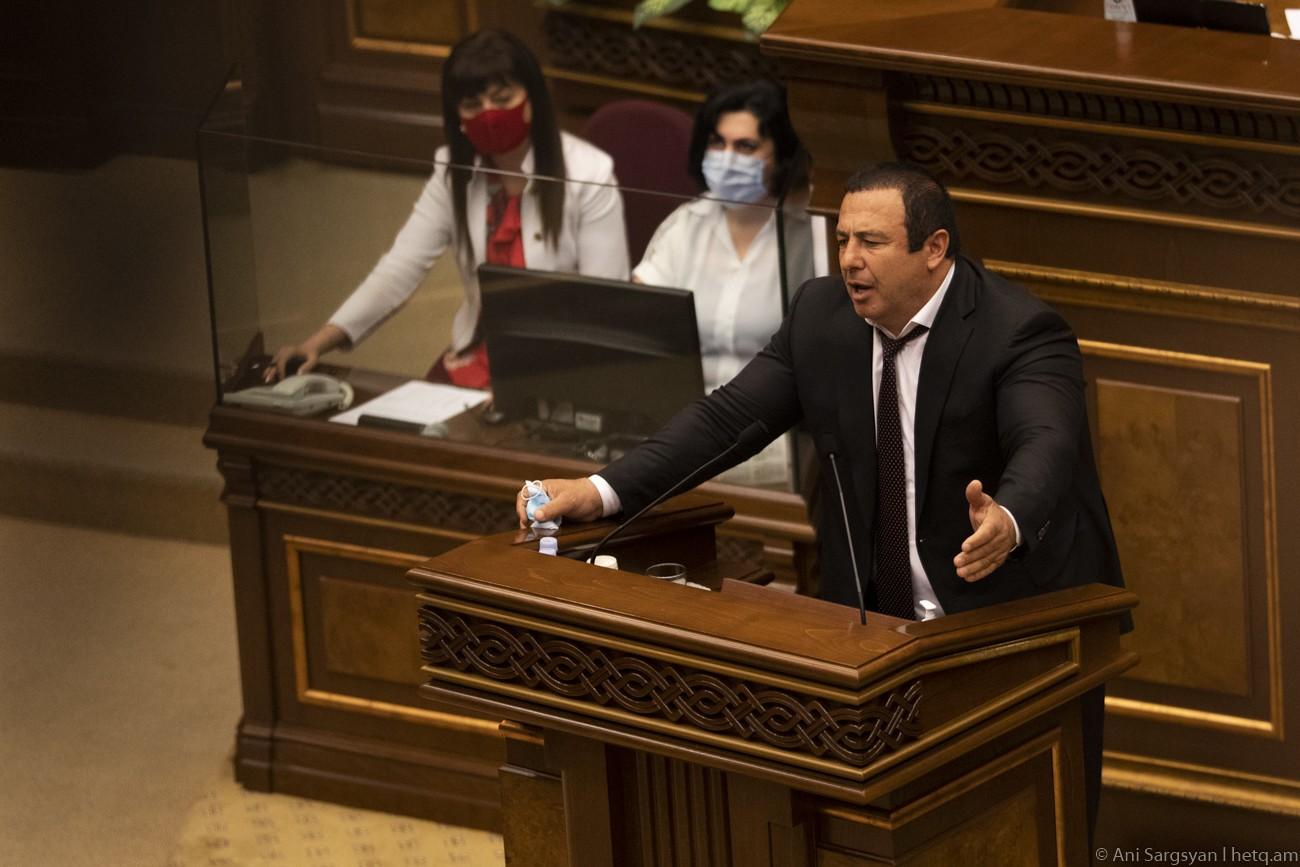 In the following conversation with Hetq, Emin Khachatryan, the lawyer representing Prosperous Armenia Party (BHK) leader Gagik Tsarukyan, offers some details about his client’s position on the accusations levied and the actions taken against him.

Mr. Khachatryan, was Gagik Tsarukyan charged with only one article yesterday?

Yes, charges have been filed under Article 154.2 of the Criminal Code (bribery of voters, bribery, violation of the prohibition of charity during elections or obstruction of the free will of the voter).

Did he express a position on the accusation, did he testify?

Naturally, he rejected the vote buying accusation. He said that he was charged with an illegal, an unfounded accusation that has an underlying political context. Now, I don’t think it’s expedient to provide details of the testimony.

Yesterday, before the National Assembly voted in favor of stripping Tsarukyan of his immunity, he was at the offices of the National Security Service (NSS). What case was he testifying about?

He was testifying within the framework of the statements spread by the NSS.  Then, they brought charges. We testified about the accusation and left. Of course, there were breaks during the testimony.

Apart from bringing charges, has any other investigative action been carried out with Tsarukyan's participation?

They also showed us the motion to the court. We have no other investigative action planned at the moment.

Have you submitted a motion to the NSS investigator to release Gagik Tsarukyan on bail?

We have not presented it, because we think that there are no grounds for his arrest at all. Even the threshold of reasonable suspicion has not been overcome.

After the announcements of the NSS about Tsarukyan, a group of lawyers voiced the opinion that before Tsarukyan was stripped of his immunity, a criminal prosecution was launched against him. Do you agree?

Smbat Minasyan, a member of our advocacy group, filed a crime report with the Prosecutor General yesterday regarding the actions of several NSS officials and how they launched criminal proceedings against him even before he was stripped of his parliamentary immunity.

Will Gagik Tsarukyan attend the examination of the motion to detain him?

Definitely. Mr. Tsarukyan will be present at the court session. We will not give the body conducting the proceedings such a pleasure.