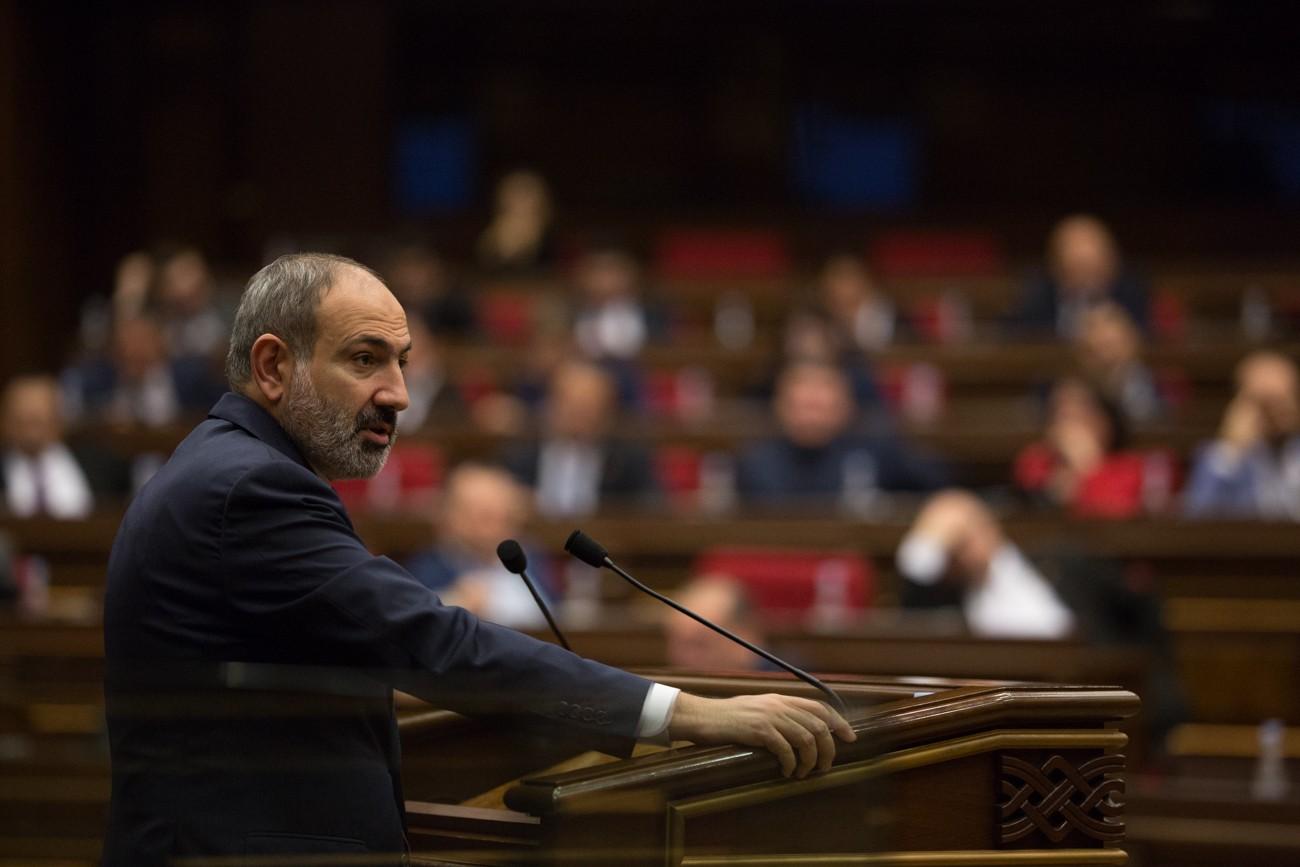 Pashinyan in Parliament: “The fact that Prosperous Armenia has been elected via bribery isn't anything new"

At today’s parliamentary session debating the 2019 budgetary bill, Armenian PM Nikol Pashinyan, responding to the comments of Lusavor Hayastan (Bright Armenia) faction head Edmon Marukyan that the government is exerting pressure on the political opposition, said that, on the contrary, TV stations in the country are spreading falsehoods regarding the government’s handling of the coronavirus crisis.

"Show me a situation in the history of the Third Republic, when a minimum of 3-4 TV channels from morning to evening, I'm sorry to use the expression,  so many political corpses are spreading an aura of stench all over the country," Pashinyan said.

Pashinyan recalled that after the establishment of the state of emergency, there were restrictions placed on the press regarding information about the coronavirus, but that the government, heeding the calls of the opposition, NGOs and the Human Rights Defender, lifted those restrictions.

Pashinyan said the lifting of restrictions was one of the main mistakes of the government, since, according to him, the main reason for the spread of the epidemic in the country has been the dissemination of false news about the pandemic.

"People are being put to death by those forces who are funding the dissemination of such stench," he said.

Pashinyan said that political parties, NGOs and the media, like the government, must be financially transparent so as not to wage a hybrid war against the people of Armenia. Pashinyan stressed that democracy doesn’t signify a free-for-all situation where everything is permissible.

He then touched upon the criminal case of Gagik Tsarukyan, the leader of the Prosperous Armenia party, and the allegations that Tsarukyan is the subject of a government campaign of persecution.

“The fact that Prosperous Armenia has been elected via bribery isn't anything new. Is this a news flash for anyone?” Pashinyan said.

Tsarukyan has been indicted for vote buying.

Pashinyan said the political arena in the country is undergoing a process of reform and those who have been ruled by puppeteers from behind the scenes will no longer have a place in politics, just like their puppet masters.

The prime minister then predicted that only those forces who’ve defended the values ​​of the 2018 revolution will have a place in the next parliament.

Pashinyan expressed outrage that the opposition was trying to intimidate him by holding a rally, saying that although some forces were spending half a million dollars, they could barely gather 200 people.

Pashinyan then turned his ire to former Armenian President Serzh Sargsyan and his son-in-law, former Armenian Ambassador to Italy Mikael Minasyan, stating they were involved in several corrupt processes.

As for the non-implementation of some programs of the 2019 draft state budget, Pashinyan said that the main problem is the return of corruption money, which has yet to be implemented. He recalled his promise to invest $1.5-2 billion in the security sector.