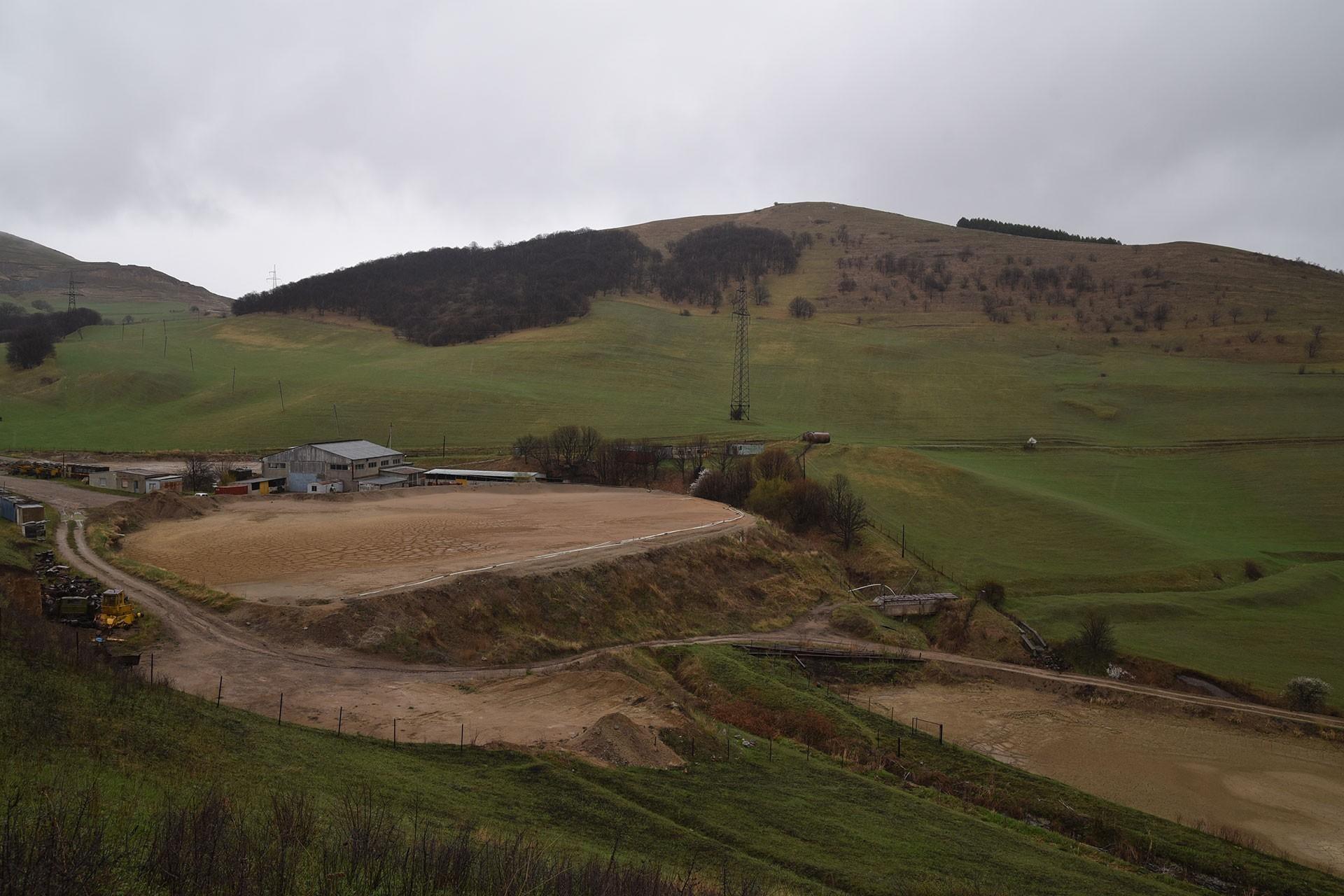 Environmental Degradation as Another Reason for Poverty: The Role of International Financial Institutions

Although there are many reasons for poverty, one of the least discussed (at least in Armenia) is environmental degradation.

Studies show that especially energy and natural resource projects, including dam and hydropower plant construction, mining, etc. result in “new poverty”. This term is used specifically for describing the deterioration of locals’ socio-economic situation as a result of environmental degradation. Some of the factors leading to new poverty are evictions or creation of such conditions, which do not allow for living in a clean and healthy environment as a result of loss of land and water quality, loss of job, property, habitat, as well as identity loss related to that habitat, absence of socialization and risks of marginalization, suspension of education, risks of non-availability of healthcare or social services, as well as particular vulnerability to these risks of specific groups such as elderly, women or indigenous groups.

According to a study by the World Bank (WB), the poorest and most vulnerable sections of society in different countries form the majority of displaced people as a result of hydropower plant construction. For example, a study of over 100 development projects in India showed that nearly half of 1.6 million displaced persons were tribal populations. As a result, many indigenous persons who were already poor become even poorer as a result of forced evictions. This is the result of dependence of indigenous people on nature, for example, rivers, therefore, any project degrading the environment threatens their socio-economic situation.

And yet according to a joint study published in 2015 by International Consortium of Investigative Journalists (ICIJ) and The Huffington Post around 3 million 350 thousand persons were forced from their homes and lands since they lived in the path of a World Bank project. This number could be much higher since according to the investigative journalists the bank not always counts the number of people negatively affected by its projects.

The study reveals that only in 2009-2013 World Bank invested some 50 billion USD in projects graded as high risk for their irreversible social or environmental impacts. The study also shows that specifically farmers, fishermen, forest inhabitants and indigenous communities have been hit hard by these projects. Even some current and past employees of the bank mention that the WB standards were often compromised due to pressures within the bank to approve big projects. They note that success of the bank is measured by the number of financed programs and therefore additional requirements that increase the costs of the project are usually ignored.

There are also studies showing the connection between environmental degradation and poverty in Armenia. One such study published in 2013 by the American University of Armenia shows that despite the economic growth, mining sector also contributes to inequality and poverty in Armenia. This study as well highlights that harms caused by the mines are often underestimated, while the mining operators do not take into account the negative consequences, which in its turn results in deterioration of the environment and local resources. The author also mentions cases when residents had to sell their properties to the mining companies for lower price, which according to him creates potential risks leading to poverty. This risk increases also as a result of absence of health insurance in mines as a result of which the miners and their families may face additional burdens of healthcare costs.

Another example is Mongolia, which despite having one of the fastest growing economies in the world thanks to its natural resources, has one third of its population living in poverty. In Olu Tolgoi project a number of international financial institutions and even diplomatic missions are involved. Olu Tolgoi is the biggest gold and copper mine in Mongolia. This project concerned not only the affected communities, but also the international civil society due to insufficient environmental impact assessment that lacked tailing management, mine closure and recultivation plans, as well as due to diversion of the Undai river which is the sole source of surface water in the area. Its diversion is estimated to impact the ecosystem, the locals and the herders.

Apart from World Bank and International Finance Corporation (IFC), European Bank for Reconstruction and Development (EBRD), International Monetary Fund (IMF) and several major Anglo-Australian and Canadian corporations, the U.S. embassy in Mongolia as well as several other states such as UK and Canada were also involved in this project. According to leaked information the mining corporations approached the mentioned states suggesting to influence the Mongolian government in order the latter stayed out of the mining business while creating a transparent, predictable, best practice-based, rule of law approach to regulating and profiting from its resources.

Moreover, leaked correspondence from the U.S. embassy shows that the U.S. interests in this project were due to the project creating a big market for the U.S. equipment and other goods of about 200 million USD. As for Mongolia, the government had changed its laws on water, roads, windfall profits tax and corporate tax for this project, but it owned only 34 percent shares of this project. Having no sufficient money for covering its expenses in the project, the Mongolian government took a loan from one of the corporations operating the mine. As a result, some financial reports highlight that Mongolia will gain little income from this mining thus leaving no positive effect on economy or population of Mongolia.

Various reports and analysts view such cooperation between the states and the private sector as promoting and protecting corporate interests to the detriment of democracy. Moreover, international financial institutions often provide loans in exchange for institutional and policy reforms, which result in states cutting public wages, increasing value added taxes or introducing regressive tax systems, weakening labor rights protection mechanisms, cutting or privatizing social services, etc. Such policies not only lead to inequality, but they also threaten the sovereignty of the state by preventing states from independently forming their policies, as well as by preventing states from implementing their human rights obligations.

Such cooperation is also concerning since any non-substantiated loans continue increasing the state’s foreign debt, which subsequently decreases spending in the spheres of environmental protection, healthcare, etc. as in case of Armenia.

And yet, despite financial institutions keep claiming about their international high standards, their investments continue threatening the climate. For example, European Investment Bank (EIB) announced to play a leading role in European Green Deal, which foresees eliminating Europe’s effect on climate change by 2050. Despite this, even the bank’s president announced that bank’s methodologies measuring climate investments are sometimes misleading resulting in mainly box-ticking. Generally, this bank is accused of lack of transparency, failing to address applications of those affected by its projects, implementing projects through companies that avoid taxes or are registered in offshores, of having weak oversight of human rights protection, etc.

Sadly, Asian financial institutions also follow their western counterparts. In 2018 the People’s Convention on Infrastructure Financing took place in Mumbai. Civil society representatives from India participated in it, and a resolution was adopted mentioning that investment policies of Asian development banks are as undemocratic and deteriorating the environment and people’s socio-economic situation as in case of western financial institutions. They mention the investments of China led Asia Infrastructure and Investment Bank in India specifically in construction of towns and roads which resulted in displacement of locals and their impoverishment due to loss of their lands. The resolution also mentions that a scenario similar to other countries is observed in India when the state keeps claiming shortage of resources for public welfare - social, healthcare, educational sectors, and yet they spend public money on megaprojects of international financial institutions even when these projects are not economically or else justified.

The geography of investments of Asian financial institutions grows as well. A socially and environmentally controversial project is planned in neighboring Georgia – construction of hydropower plant on Nenskra river in Upper Svaneti. Apart from EIB and EBRD, Asian Development Bank, Asian Infrastructure Investment Bank, Korea Development Bank are also involved in this controversial project. There is a significant opposition to this project for both the risks of negative impact on the environment, as well as for evicting the indigenous Svan communities from their lands and depriving them of their livelihoods.

More research on the link between environmental degradation and poverty, as well as on the role of international financial institutions in it, and of course policy recommendations to the state and the financial institutions can be found in a recently published study. It was implemented with the full support of Open Society Foundations – Armenia’s Policy Research Fellowship Program.

Sofia Manukyan is a researcher, human rights defender & environmentalist. Her researches concentrate on the impact of private sector on the environment and human rights, specifically social and economic rights. She is also interested in labor and women rights protection. independent.academia.edu/SofiaManukyan