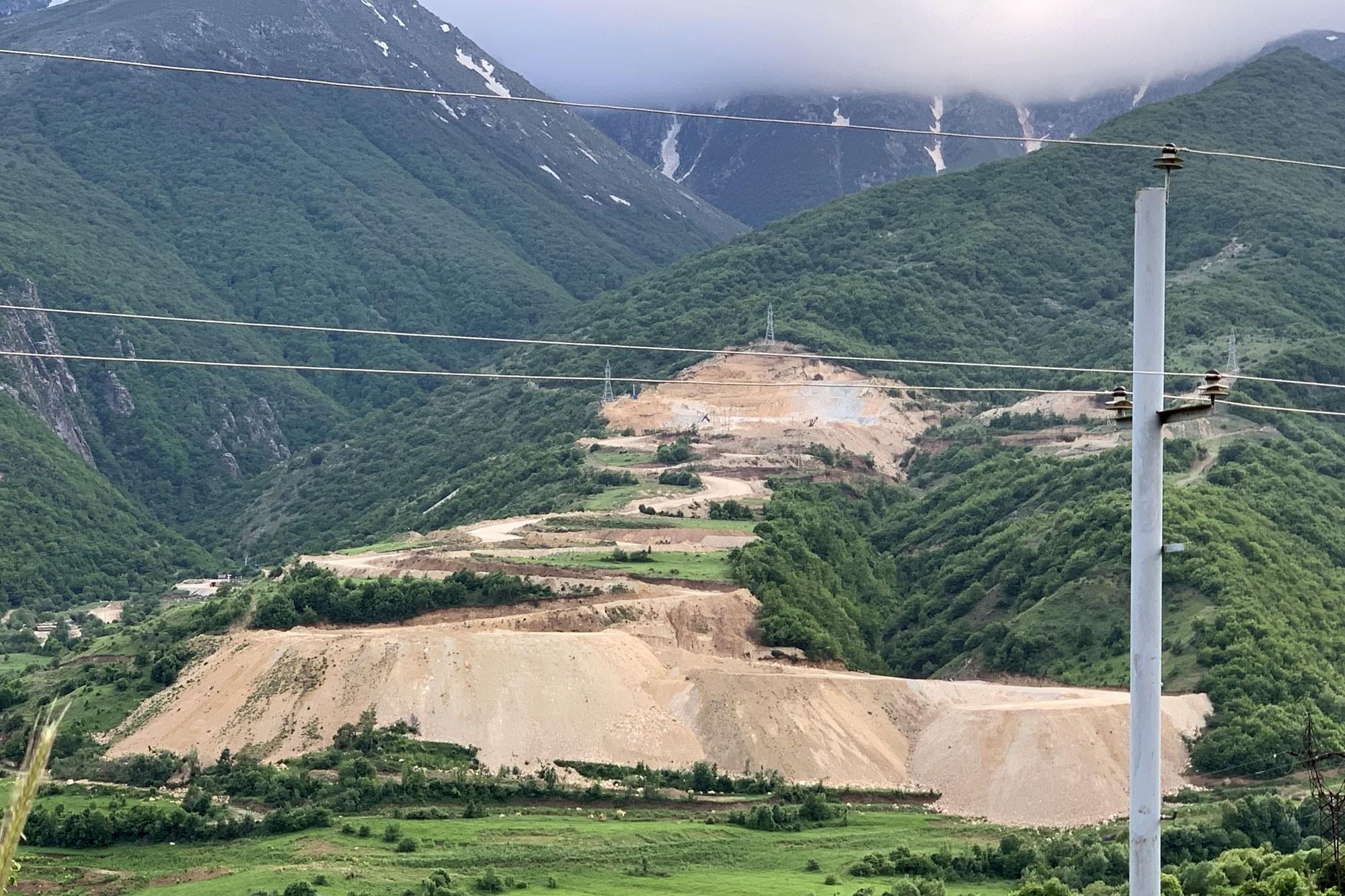 International Financial Support Can Also Undermine the Sovereignty of States

For example, one of the goals of the World Bank (WB) is to eradicate poverty, including in Armenia.

Therefore its report on Armenia mentions some challenges on this path, including climate change, which can prevent both long-term sustainable development of Armenia and therefore poverty eradication itself.

The report mentions drought risks for Armenia’s agriculture as well as generally for water availability, highlighting that climate change will result in the reduction of water resources as well as land degradation.

As a reason for the latter, the report also mentions the loss of forests and the increase of areas polluted by mining.

The bank mentions that despite improving laws, their implementation remains weak. Therefore the bank mentions steps it implements or plans to for overcoming these challenges, including assisting in drafting new laws in the sphere of mine management, as well as continuously providing policy advice to Armenia’s government for mine management that would improve the sector and would make the laws work.

And yet the reality is that both globally and in Armenia the activities of the bank result in the opposite effect.

For example, around 3 million 350 thousand persons were forced from their homes and lands in 2004-2013 since they lived in the path of the World Bank’s projects, including energy projects.

In Armenia the bank is also involved in unsustainable projects which also threaten the locals with poverty.  Projects such as irrigation system of Kaghtsrashen or gold mining in Amulsar concerned even the institutions monitoring the activities of the bank.

Although the impact of the WB and other financial institutions on poverty is specifically visible on examples of unsustainable investments (more on this issue can be found here), yet this and other international financial institutions contribute to poverty through other, often non visible ways, such as by continuously providing states with loans, which result in states, including Armenia, allocating more money to cover their foreign debts rather than for covering healthcare, educational or environmental expenses.

However, financial institutions also result in poverty or human rights violations in other less visible ways too, such as by directly affecting policy making of the states in exchange for loans or financial support. Back in 80s and 90s World Bank and International Monetary Fund (IMF) were promoting free-market economic policies such as privatization, trade liberalization, unlimited economic growth etc. through Structural Adjustment Programs. Today the bank and the fund provide funds with specific economic policy conditions. For example, IMF requires a “letter of intent” from governments requesting a loan. The states should present certain prior actions leading to structural macroeconomic policy reforms.  World Bank as well issues conditions through Development Policy Financing. Countries which adopt these economic conditions and implement prior actions can receive funds and loans for their development projects. While the immense resources of the WB and the IMF, including their research capacity allows for announcing their policy prescriptions as “best practice”.

Some of the macroeconomic policy reforms offered by the WB and the IMF lead to such fiscal consolidation measures which result in reduction of public wages, increase in value added taxes or introduction of other indirect regressive taxes, labor flexibilization, cutting or privatization of social services, targeting social protections, etc. while maintaining low levels of inflation, corporate taxation rates and trade tariffs.

Such direct intervention in the policy making of states as well as indirect policy advice the implementation of which is necessary in exchange for funds is qualified by critics as a step “undermining the sovereignty of borrower nations, limiting their ability to make policy decisions and eroding their ownership of national development strategies.”

For example, western donor states, as well as the WB and the IMF promote regressive tax systems, i.e. higher taxing of low-income earners rather than high-income earners, suggesting to combine it with progressive spending, such as well-targeted social transfers. Despite this, even World Bank warns “that regressive taxes risk pushing people into poverty, regardless of how the revenue from them is allocated”.

We have previously discussed the poverty targeting scheme designed by World Bank and implemented in Armenia too. This scheme was criticized due to inaccuracies of targeting mechanism. The latter envisages social support not for all people living in poverty, but only for those living in extreme poverty. And yet studies showed that even this targeting calculations have flaws reaching up to 93 percent in some cases, as in Indonesia, as a result of which states face difficulties in eradicating poverty.

According to critics of this model such targeting schemes have low cost since they do not cover all people living in poverty. Therefore, this is beneficial for the rich who don’t have to pay higher taxes. Financial institutions as well benefit from these schemes since states direct more of their funds to cover their foreign debts. The critics mention that such targeting policies are especially prevailing in countries with weak democracies.

Even the WB report on Armenia mentions that only one out of three persons living in poverty is involved in the Family Benefit Program, which points at high exclusion errors.

According to studies, while the Family Benefit Program in Armenia is “formulated as a material poverty support, it plays no substantial role in overcoming material poverty. The monetary amount of this benefit aimed at overcoming poverty in fact doesn’t match any realistic calculation. This is the result of artificially low calculations for upper, lower thresholds of poverty and ration.” Therefore specialists suggest implementing realistic recalculations of monetary support in family benefits which would allow for families to cover the expenses at least for the minimal ration needs.

Globally, as well as in Armenia, the weakening of labor rights protection mechanisms is also the result of influence of the WB. Within the frameworks of one study various experts mention that back in 2014 Labor Inspection was shut down in Armenia under the WB pressure of fund suspension in case fast inspection “reforms” are not implemented.

For years labor unions of various countries raise their concerns over weakening labor rights protection mechanisms as a result of the WB and the IMF policies. And yet excessive constrained fiscal policies and aggressive privatization prevent states from delivering public services leading to violations of human rights, such as right to social security, health, education, right to adequate standards of living and other socio-economic rights.

Despite the WB and the IMF mentioning that they have no obligations under international human rights laws, they keep reminding about their goals to contribute to economic growth which must lead to poverty eradication and establishment of overall wellbeing, this way also contributing to human rights protection. Yet despite all these statements, there is no evidence showing poverty reduction. The only data for poverty eradication achieved in the past 40 years largely refers to only one country – China, which, however, never followed the WB or the IMF policy prescriptions.

Generally, the one main thing that economic growth has resulted so far is climate crisis. Even the former Chief Economist of World Bank Nicholas Stern admits that “Climate change is a result of the greatest market failure the world has seen.”

The evidence for this is that despite the economic growth since the 80s by 380 percent, the number of people living in poverty, i.e. living on less than 5USD per day has grown by 1.1 billion. Therefore the model of economic growth doesn’t really work from the perspective of poverty eradication. But this model doesn’t work also due to resulting in climate crisis, since the level of average global consumption exceeds the planet’s bio-capacity in about 50 percent. Moreover, developed countries share big portion of consumption rates in the world. Thus some economists suggest forgetting the model of economic growth and development and think over a new model. It is high time for Armenia to follow this advice as well.

Sofia Manukyan is a researcher, human rights defender & environmentalist. Her researches concentrate on the impact of private sector on the environment and human rights, specifically social and economic rights. She is also interested in labor and women rights protection. independent.academia.edu/SofiaManukyan