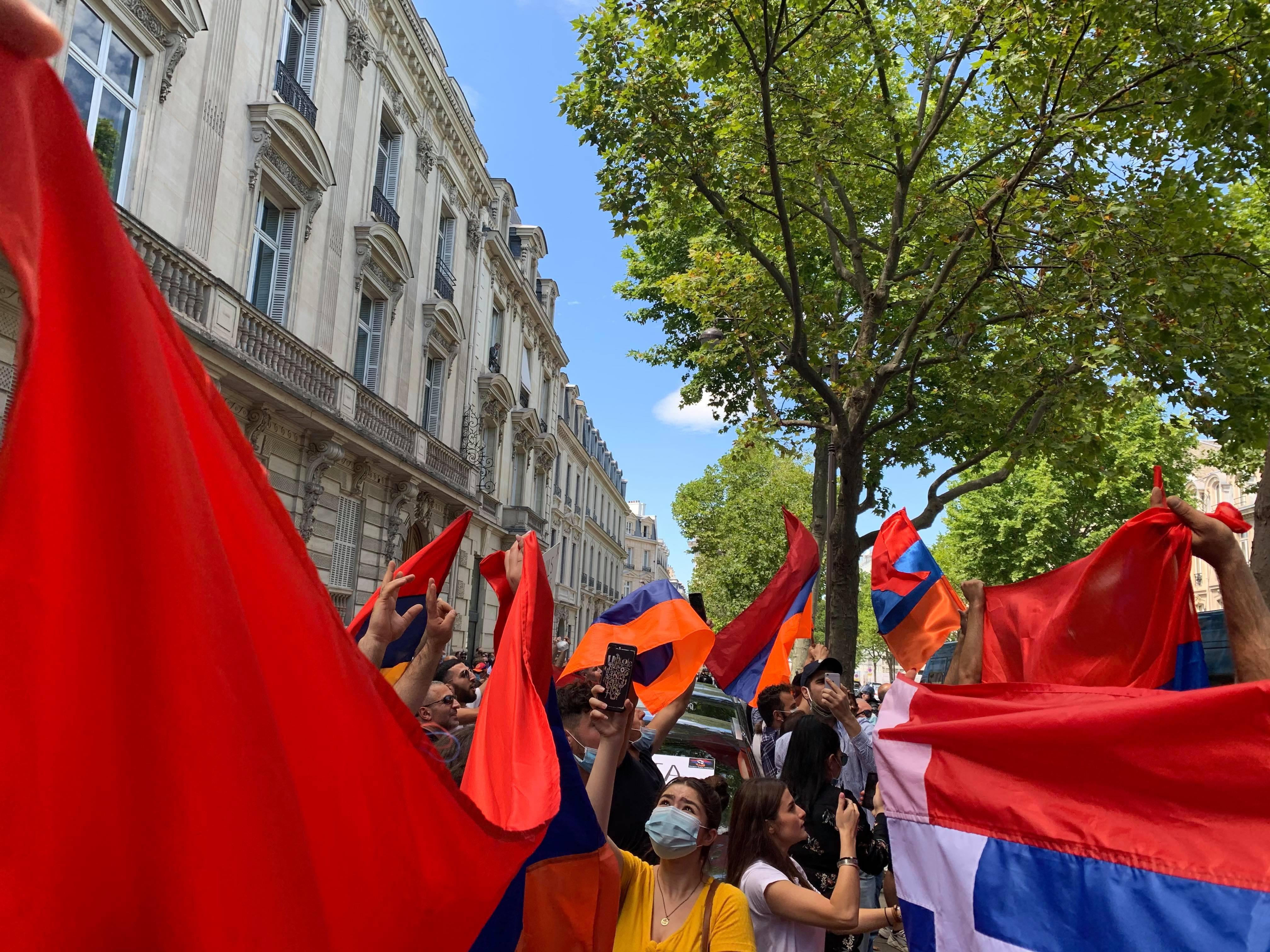 The ARF Nor Serount youth group today organized a protest rally in front of the Azerbaijani Embassy in Paris.

The slogans voiced by the demonstrators were "Stop Aliev", "Stop the War", and “Artsakh is Ours”.

The protesters held aloft posters displaying the photo of Major Garush Hambardzumyan, who  was killed in the recent fighting along Armenia’s Tavush Province border with Azerbaijan. 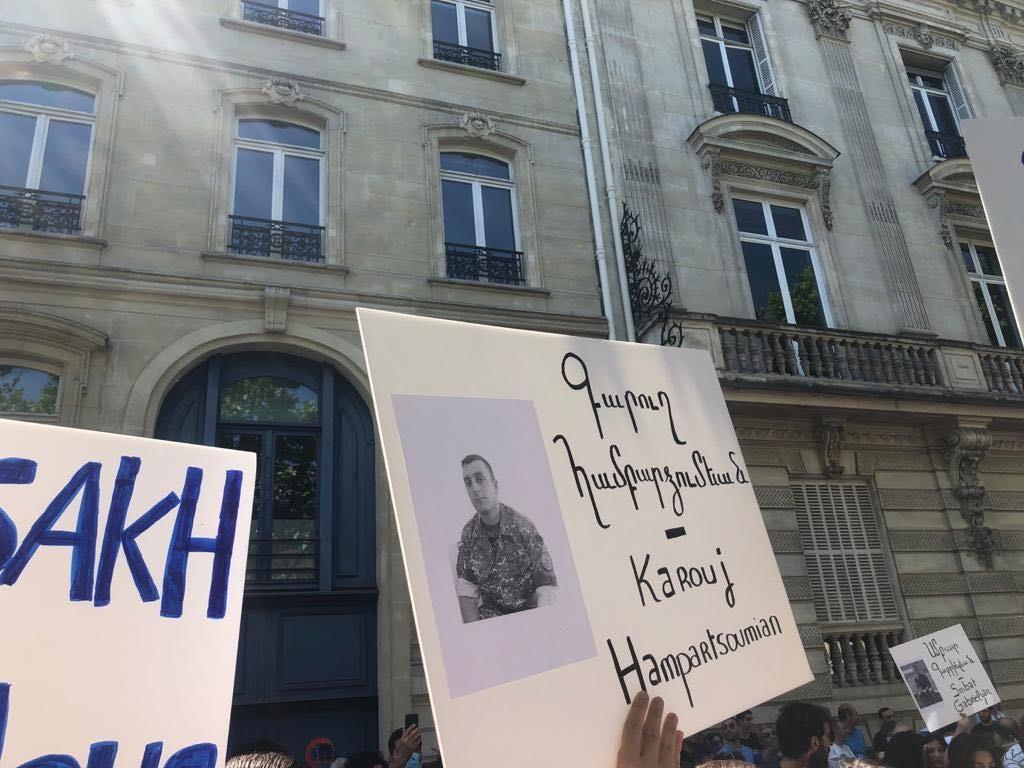 Nor Serount representative Sasha Vaytet told that about five hundred Armenians from different cities in France (Paris, Dijon, Rennes, and Nancy) took part in the protest. 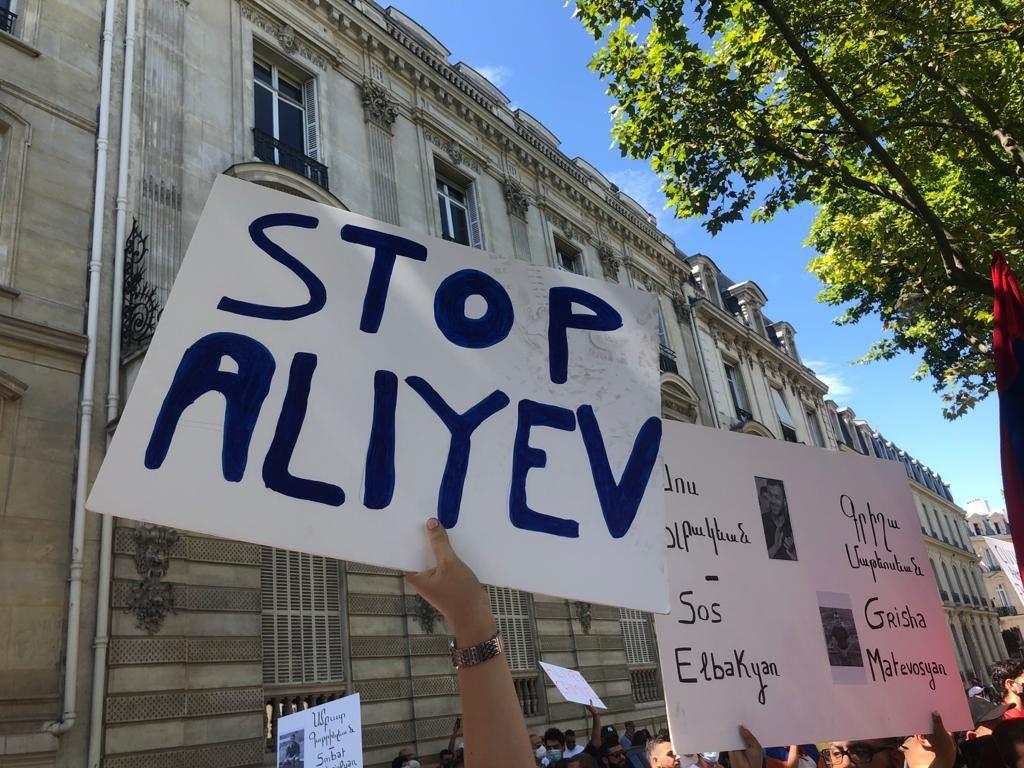 ARF Bureau member Murad Papazyan, in his speech, said that the diaspora stands with Armenia and Artsakh, and that Azerbaijan will not succeed in its attacks. 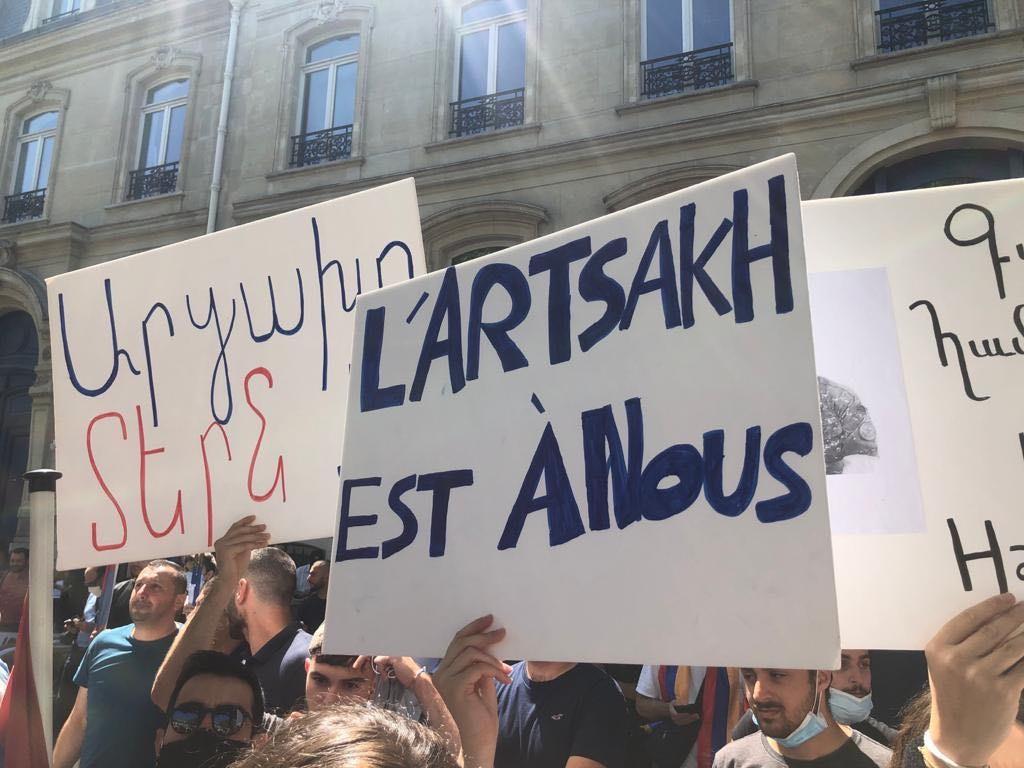 To avoid clashes with counter-protesters, as occurred recently in London, the organizers of the Paris protest did not publicize the event in advance, choosing to inform the Armenian community via telephone. 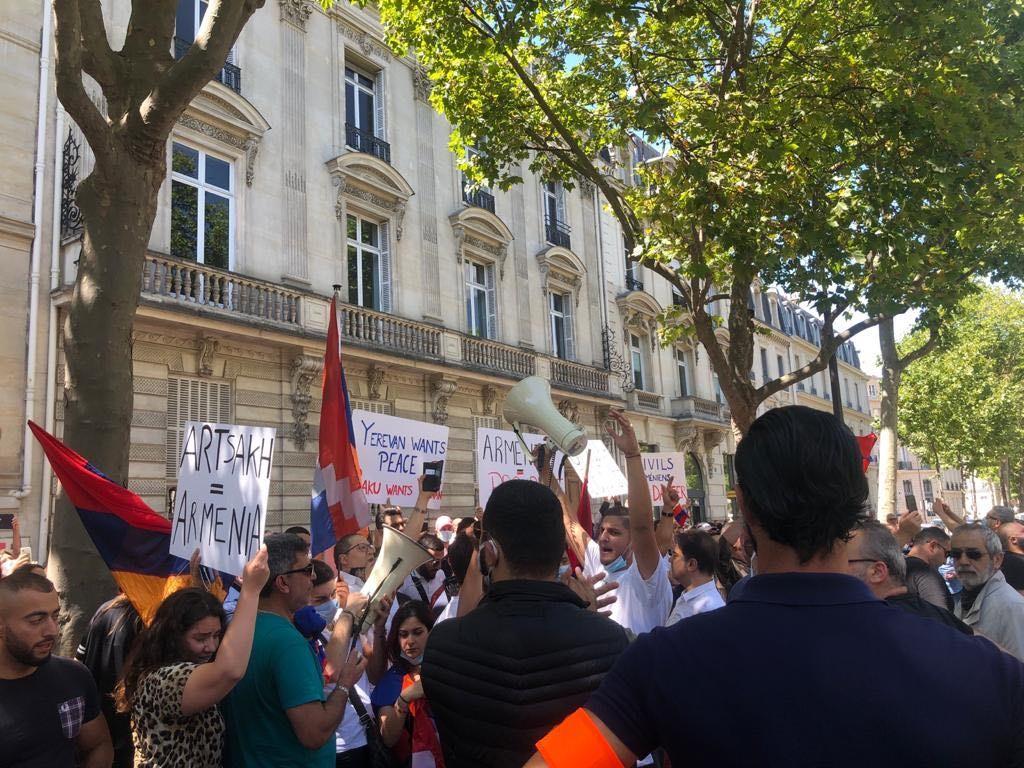 Since the event was not approved, French police did not allow it to last long. Sasha Vaytet told Hetq that all Armenian organizations in France supported the protest. “We can say this was a popular movement,” Vaytet said.