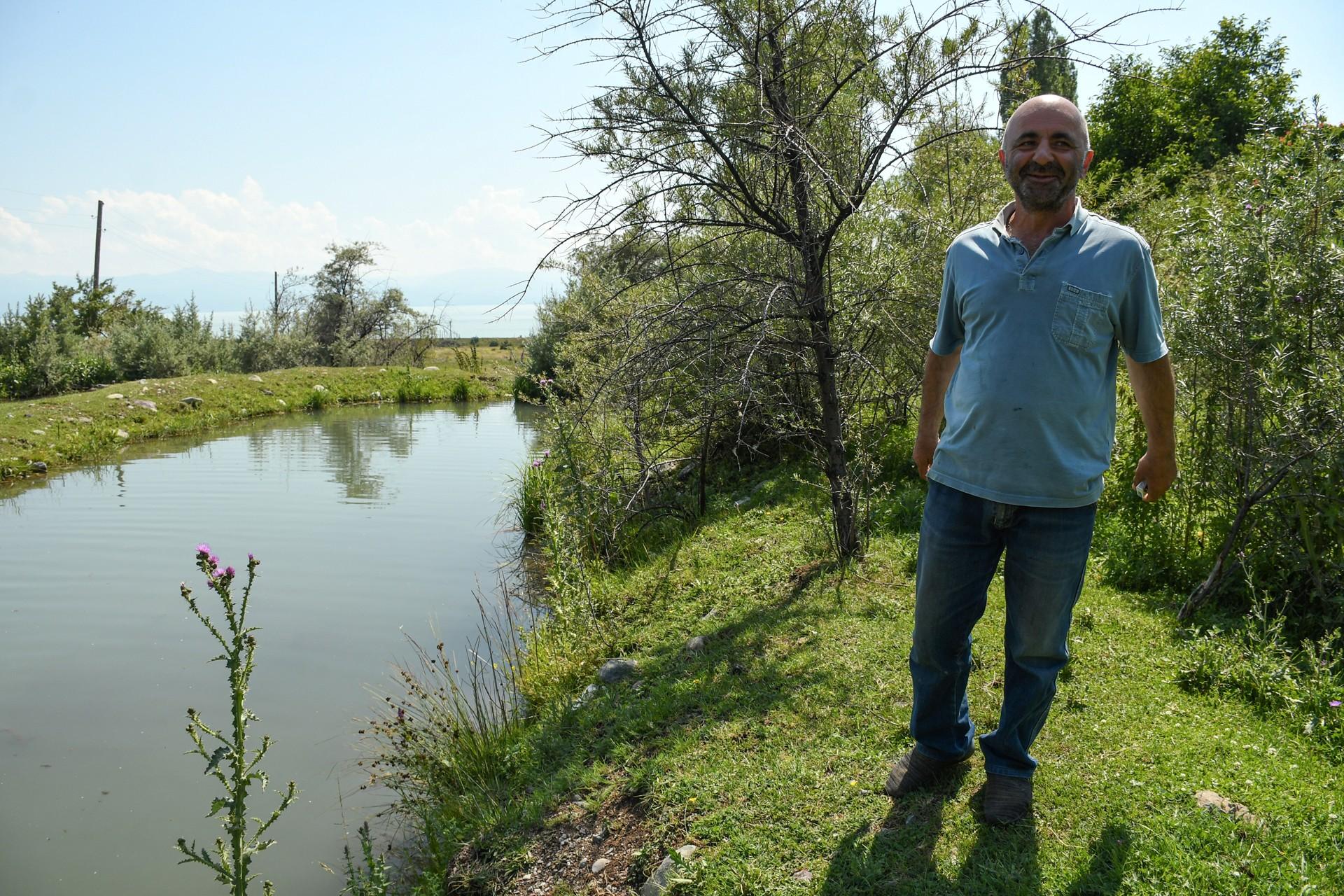 The streets were empty as our Hetq team of reporters entered the Armenian village of Daranak, to the east of Lake Sevan, not far from the border with Azerbaijan.

We knocked on the door of the first house we came upon, wanting to talk to the villagers.

The homeowner invited us in to taste the apricots growing in their garden. Not far away, a mulberry tree hung heavy with fruit. Other trees, this time laden with cherries, shone under the rays of the sun.

"We also have nuts. We also have hazelnuts. Everything is growing," said Hovhannes, our host.

Daranak resident Hovhannes Khachatryan retired from the army seven years ago. He now farms the land with his family. 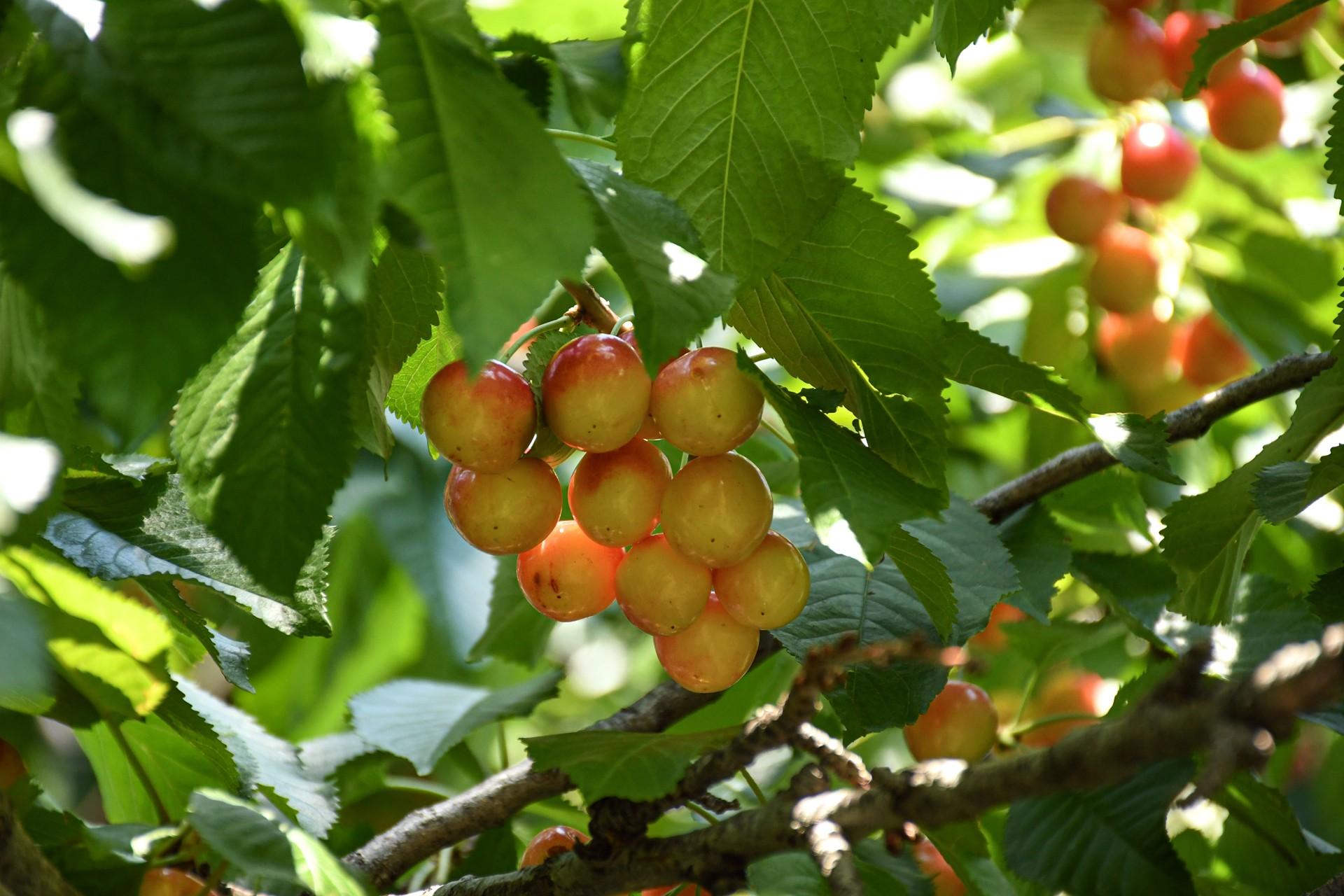 Daranak was founded in 1922 when residents of the neighboring village of Pambak moved here. Summers are hot here, and the winters mild. In the early 1990s, Armenians fleeing Azerbaijan resettled here.

Daranak has been incorporated in the enlarged community of Geghamasar.

Khachatryan owns a house and land in another village of Geghamasar but moved to Daranak with his family four years ago because farming here is much more profitable. The family has moved into a house here owned by a family who’s since moved overseas.

The family has managed to create a successful farming business since relocating to Daranak. 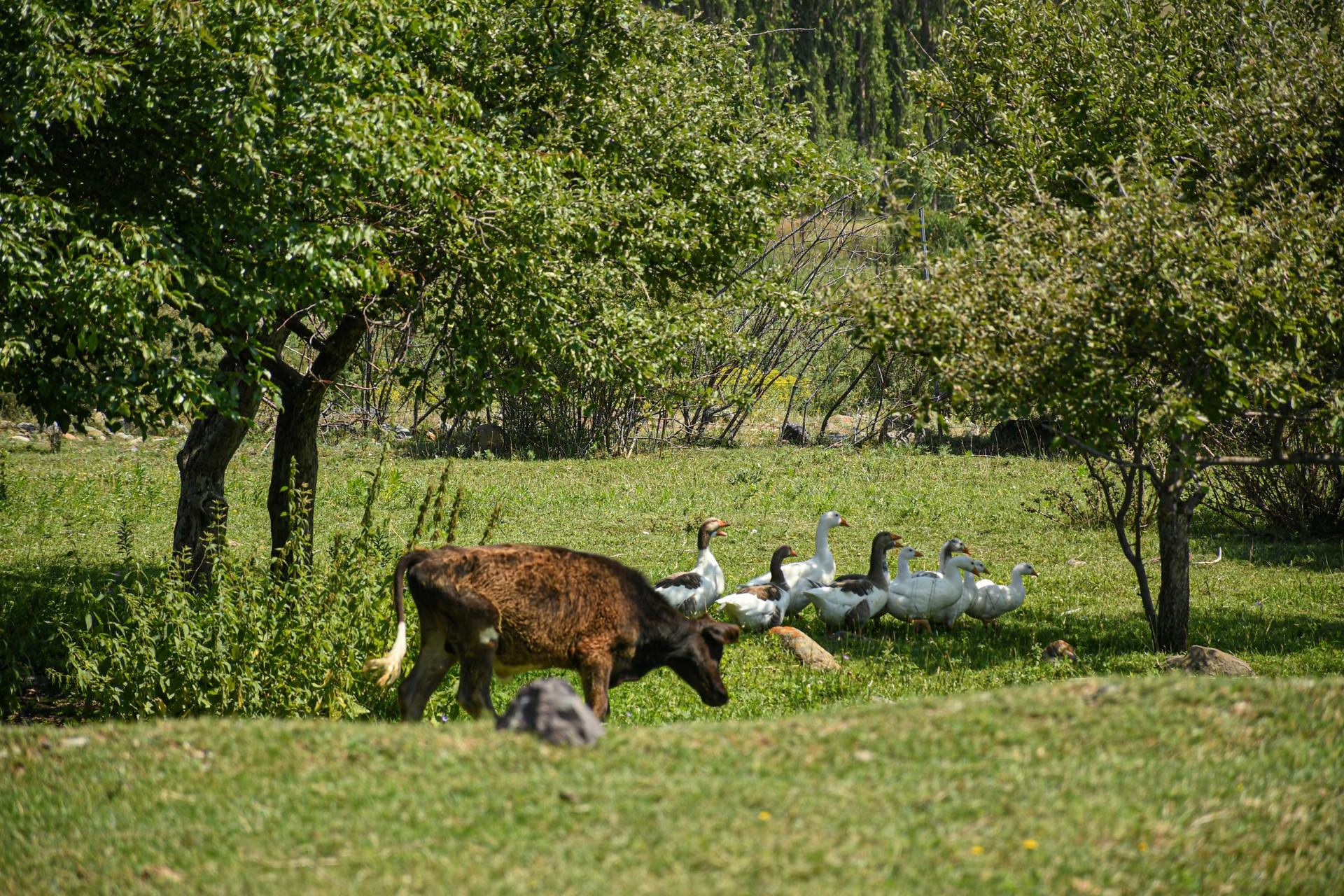 The family now has nine cows, thirty sheep, and an assortment of geese, ducks, pigs and horses. There are artificial ponds next to the house where they raise fish.

Hovhannes started cultivating land two years before leaving military service. At first, he sowed barley and wheat. He says he wanted to test his agricultural skills in before retiring.  Meeting with success, he’s increased his livestock numbers over time. 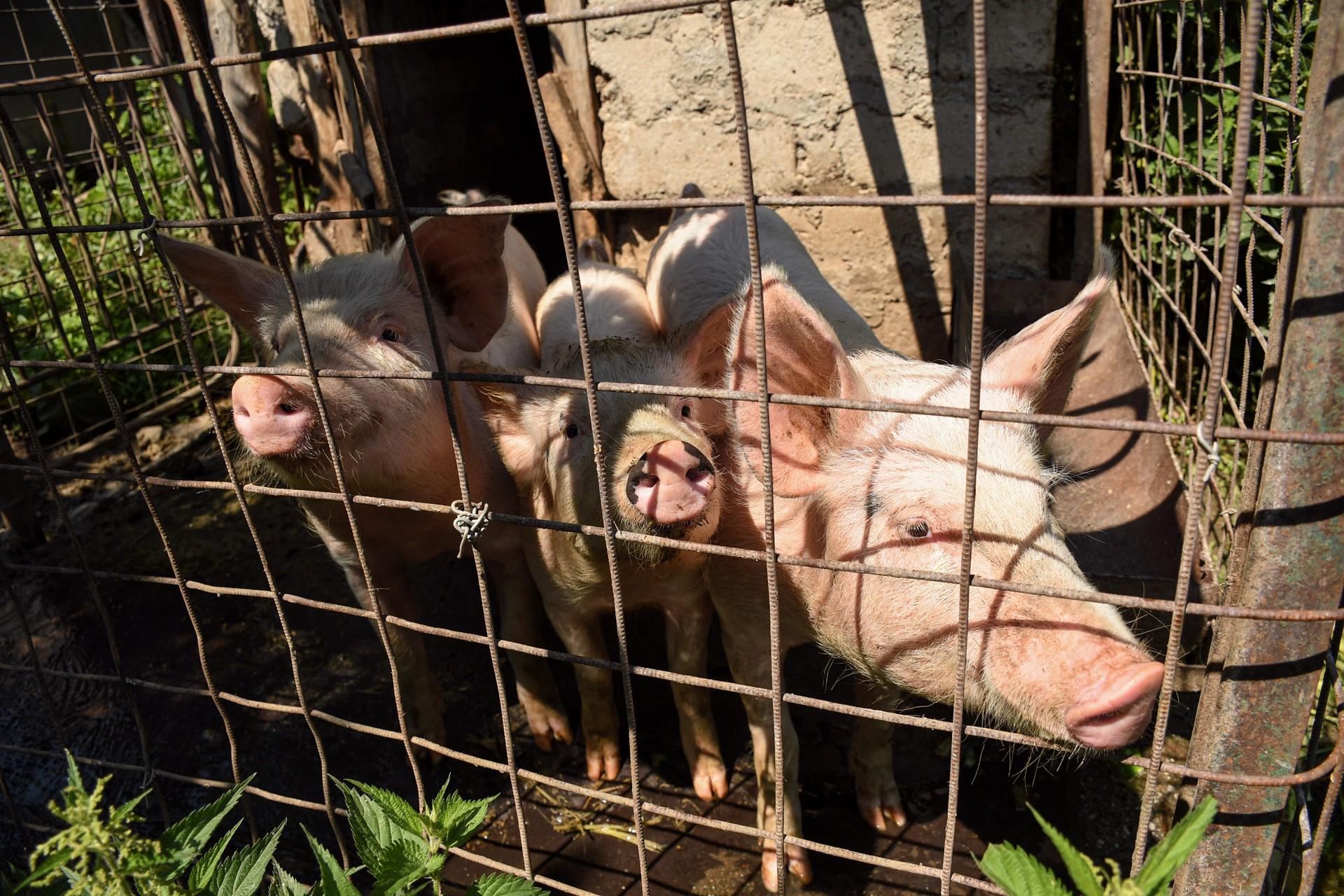 Hovhannes tells us that it is possible to live by farming and does not understand those villagers who throw up their hands and opt to work abroad.

"When you work abroad, they look askance at you and might even kick you. They also might not pay you. Here, you can make it by raising five cows. There is no difficulty for a working person. If you are a worker, you can create everything,” says Hovhannes, adding that the Gegharkunik region is rich in pastureland which facilitates cattle breeding.

Daranak residents, unlike elsewhere, have no trouble selling their milk. A truck arrives daily to haul the milk and residents get paid every two weeks.

Farmers here, however, face problems selling their fruit. Many use the unsold fruit to distill spirits.

During our conversation Hovhannes gets a phone call from someone interested in buying his cherries. He says he hasn’t sold many this year but that the going price is higher than last year - 300 drams compared to 100 drams. 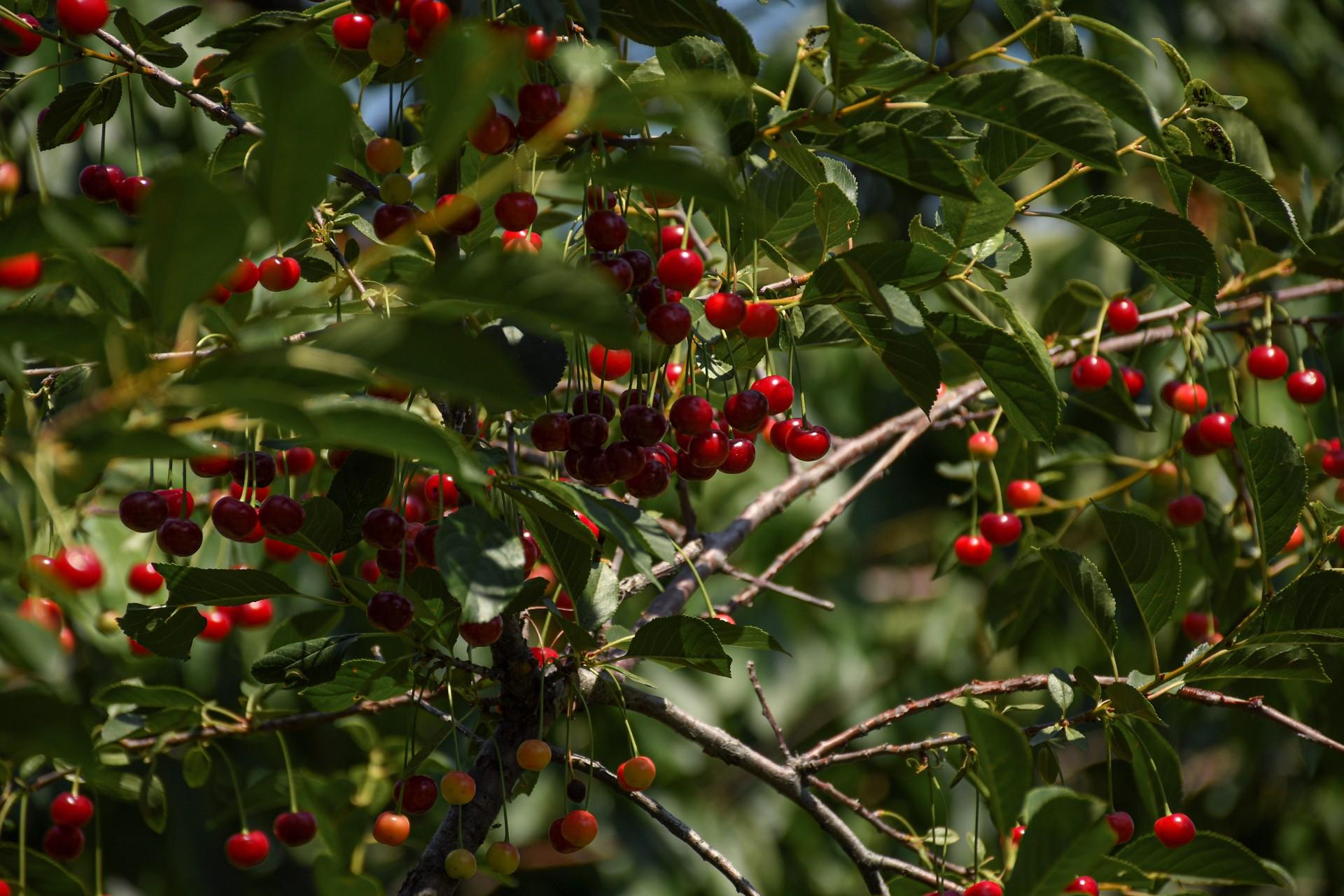 Buoyed by his success, Hovhannes has bought additional land in Daranak and wants to plant a big garden with apricot, cherry and walnut seedlings.

"I have childhood friends who go to work overseas, get on a work crew, but always complain. They come back in the off-season with $3,000-$4,000 in their pockets. I make twice as much with the cattle. They suffer from morning till night, away from family and children. I make the same surrounded by my family and with a clear conscience. What's so bad about that?” he asks.

Hovhannes says that the villagers gather wild fennel and flowers from the fields for resale, but the customers are in Yerevan or Artashat. Buyers do visit the village and purchase locally grown vegetables for 1000 drams per kilogram and hand them over to the Artashat cannery.

"About 4 tons of fennel and lily are collected annually from four villages. There is a person who collects vegetables worth 10 thousand drams a day from the fields, which is not a small amount in the village. There is a lot of fruit, but the villagers do not collect it, they mainly drink vodka. "If there was at least one procurement station in this area, people would hand over their crops, we would not have a problem," says H. Karapetyan, expressing hope that one day they will have that station as well. 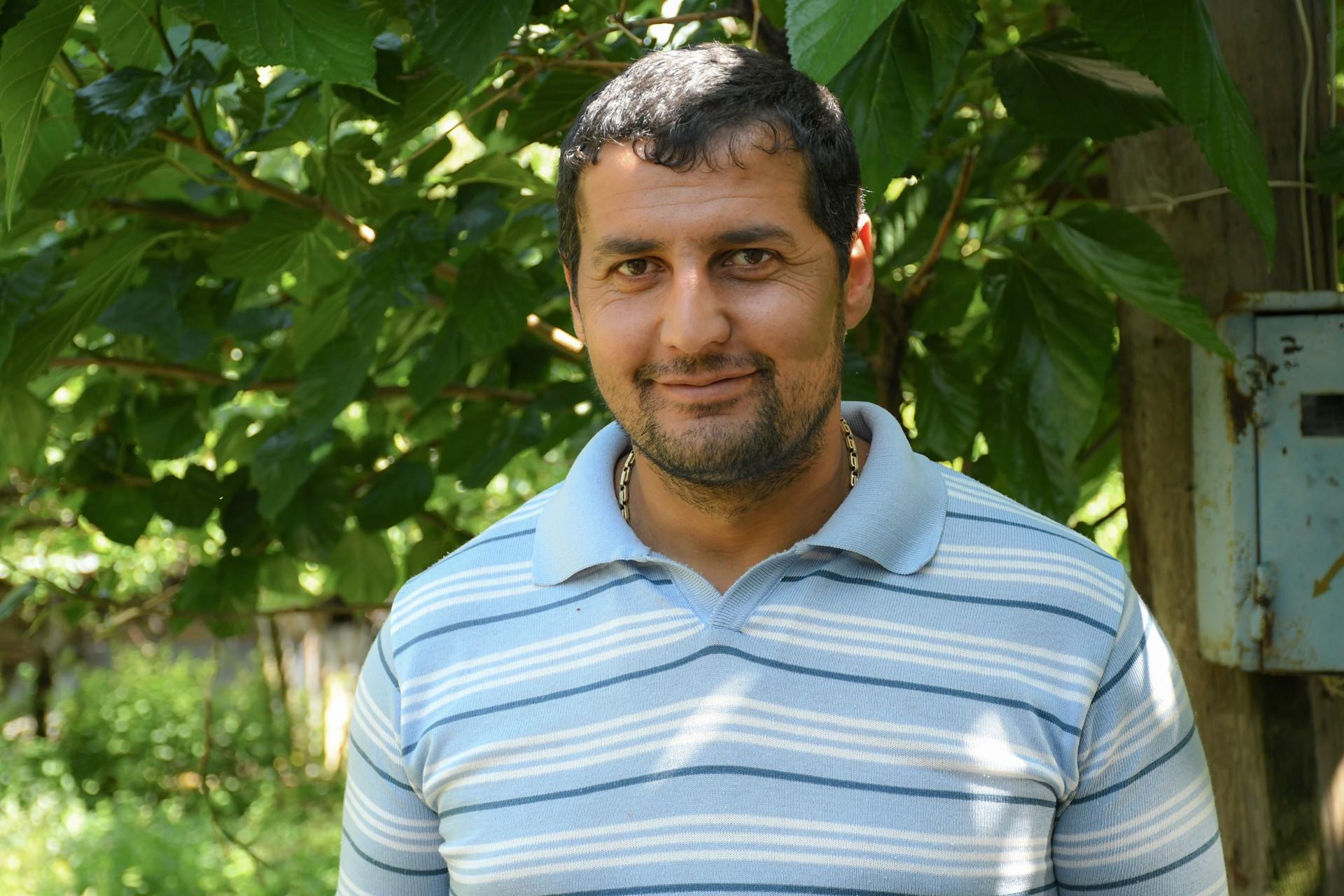 Daranak Administrative Head Hovhannes Karapetyan said that the settlement is favorable for farming and that the villagers have no complaints. The only difficulty is the sale of fruit and agricultural products.

Khachatryan agrees with Karapetyan regarding the sale of fruit.

"If there was at least one procurement station in this area, people would hand over their crop and we wouldn’t have a problem," Hovhannes says.