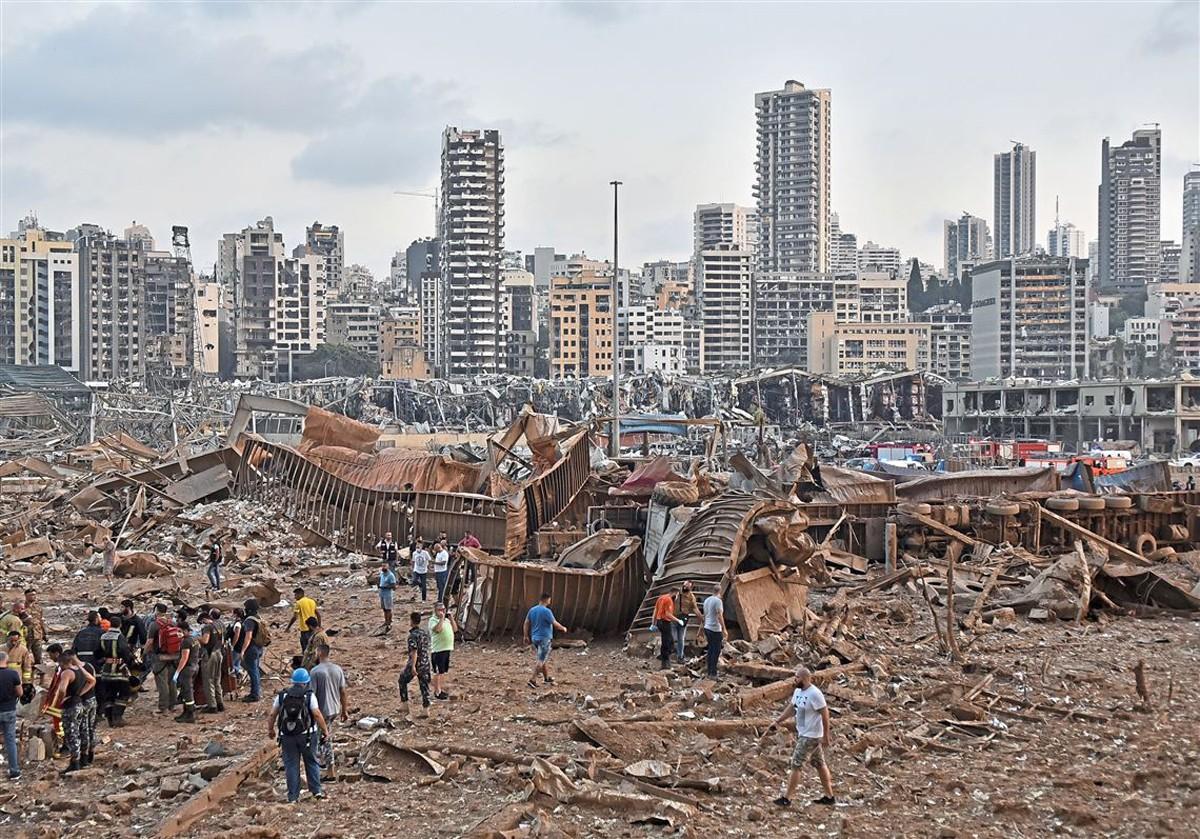 Beirut Armenians Relive the August 4 Explosion: “It was like the end of the world”

On August 4, Varanta Yacoubian, as per her routine, entered a café near the port of Beirut.

She often went there to do her homework and clear her mind after work. Recently, however, visits to cafés have become less frequent due to the coronavirus.

On Tuesday, August 4, the Lebanese capital was in turmoil. A five-day lockdown had just been declared. People were rushing to their jobs. In the evening Varanta entered the café where most of the customers were young people. She had just managed to squeeze in when a very loud noise boomed.

People inside were rattled. After the first explosion, it was assumed that a military plane was flying above, a normal occurrence for Lebanon. A little later, there was a bigger explosion. The café was devasted in seconds.

"Almost everyone present was injured, including me. Everyone was shocked and terrified, because no one knew what had happened, whether it would continue or not. Destruction was all around, blood everywhere. I had trouble getting my bearings. I was covered with glass. I received a call from my parents in Bourj Hammoud a few minutes later. That area too was severely damaged. I managed to extricate myself and the scene around me was horrible – destruction, ruined cars, collapsed buildings. People were terrified and confused, bloody, running through the streets," says Beirut resident Varanta Yacoubian.

Varanta's brother came to the scene to help. The young girl had suffered numerous wounds from head to toe, as well as damaged teeth, two of which had been broken.

The Armenian woman was taken to the Lebanese-Armenian Relief Cross organization, the local branch of the Armenian Relief Society (ARS). There, the shards of glass were removed from Varanta's body. She later learned that the explosions had taken place in the port.

"Even if all the wounds heal and the buildings are rebuilt, this accident and its impact will remain with us for a long time, because the loss is big, especially the human loss. The Lebanese people demand just punishment for all those who caused this crime," says Yacoubian.

On August 4, Vazken Chekijian was returning to Beirut by plane from Yerevan. He had been in Armenia since March 17 and hadn’t been able to return to Beirut necause of the coronavirus. 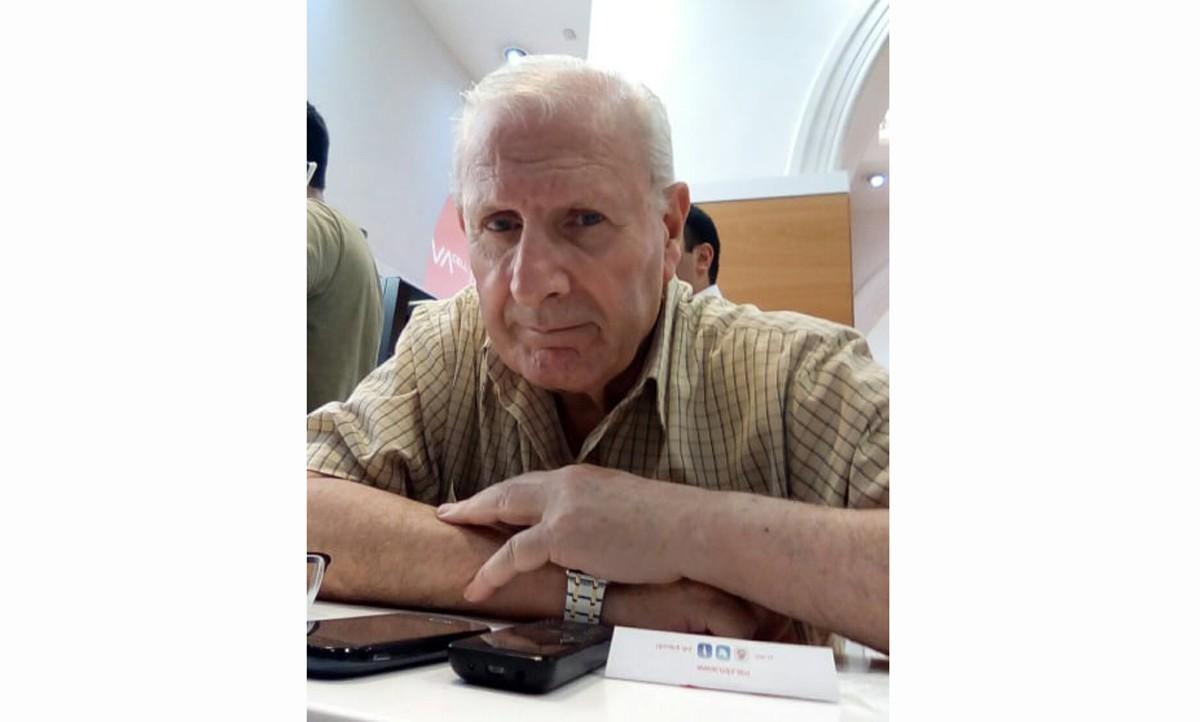 At around 18:10, Beirut time, a Lebanese Middle East Airlines plane was in the air at the time of the explosion. It was scheduled to land at 7pm at the Lebanese capital’s airport south of the city. Passengers on board did not feel anything and only learned about the disaster at the airport.

Chekijian told Hetq that he had ordered a taxi to get home, which was 30 minutes late. It is a 20-minute drive from the airport to his house, but the ride took an hour.

Although police had closed the streets, the taxi driver was able to take Chekijian near the port.

"On the way, I saw ruins, tossed cars, fallen trees and stones thrown from house balconies. When we got to the port, the sea was on the left, the ruins on the right. I reached home with a very heavy heart," says Chekijian.

Sanahin Tavros was not in Beirut on August 4. She had gone north. Upon returning, she saw a transformed city full of indescribable pain.

Tavros notes that political and security upheavals are no strangers to Lebanon residents. She told Hetq that her parents witnessed a 15-year civil war, which they still discuss today.

"We experienced a war with Israel in 2006. We know the sound of [military] planes, the sound of bombs, the collapsed buildings, the dead people, the homeless families. We have seen fifteen political assassinations since 2005. Back then, we saw devastation, dead and wounded people. These are not strangers to us, but what happened on August 4 is inexplicable," Tavros says. 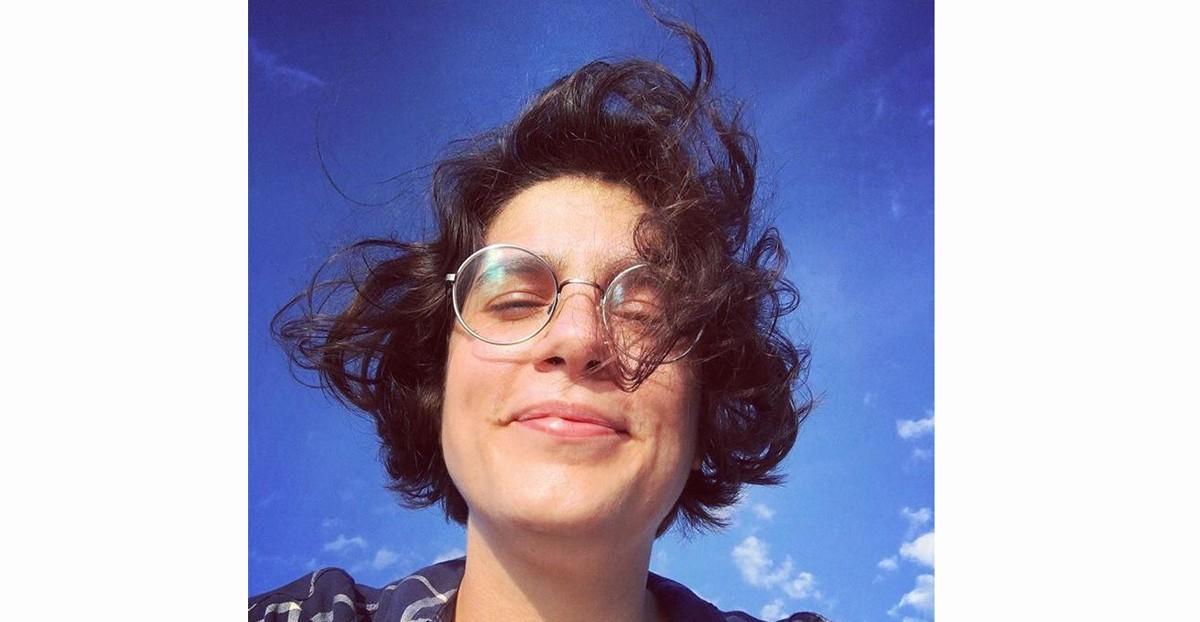 Sanahin and her family escaped unscathed. Their house is relatively far from the port of Beirut and was not impacted. Nevertheless, she says that the pain hits deep when you see victims, wounded and homeless people around you.

The explosions killed more than 150, wounding 5,000 and leaving some 300,000 homeless. Sanahin says many in Lebanon, hoping the worsening political and economic situation in the country would somehow change for the better, did not emigrate. Today however, she and others do not think about a better life, instead, they pray it will not get worse.

Sanahin notes, with satisfaction, that messages of support are voiced from Armenia, Artsakh and Javakhk to the Lebanese people and the Armenian community. Even complete strangers want to know how they can help.

"Human losses, homeless people, demolished houses, shops, churches, cultural, youth centers, in short, everything that kept the community alive needs to be rebuilt.” Sanahin suggests that those willing to help donate to fundraisers organized by the ARS and the Hayastan All-Armenian Fund.

During the August 4 explosions, Megerdich Avedanian was a few blocks from the port. When he heard the first explosion, he first thought that Israel had attacked Lebanon. He says that when the sound of the first explosion roared, people looked up at the sky. The sun was shining. A wave of dust and smoke soon blotted out the sun overhead. 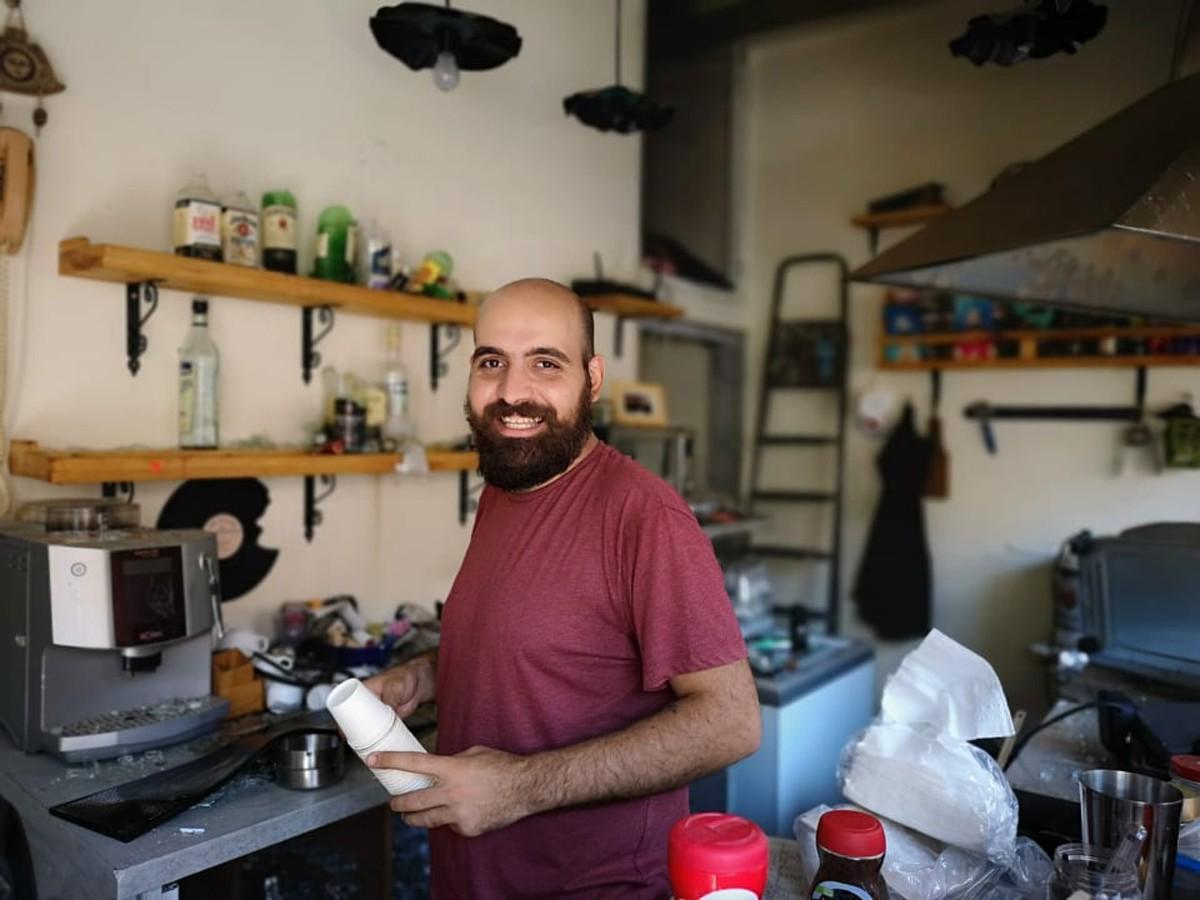 "It was like the end of the world. It was a very horrible feeling being on the street and seeing cars going up in the air. The blast tossed you too, and you still didn’t know what happened," recalls Megerdich who, fortunately, was not injured.

The windows of his house were shattered and the walls damaged. He’s thankful that he wasn’t working at the time. The Blue Vinyl café-bar he opened in Beirut two years ago was damaged in the blast. 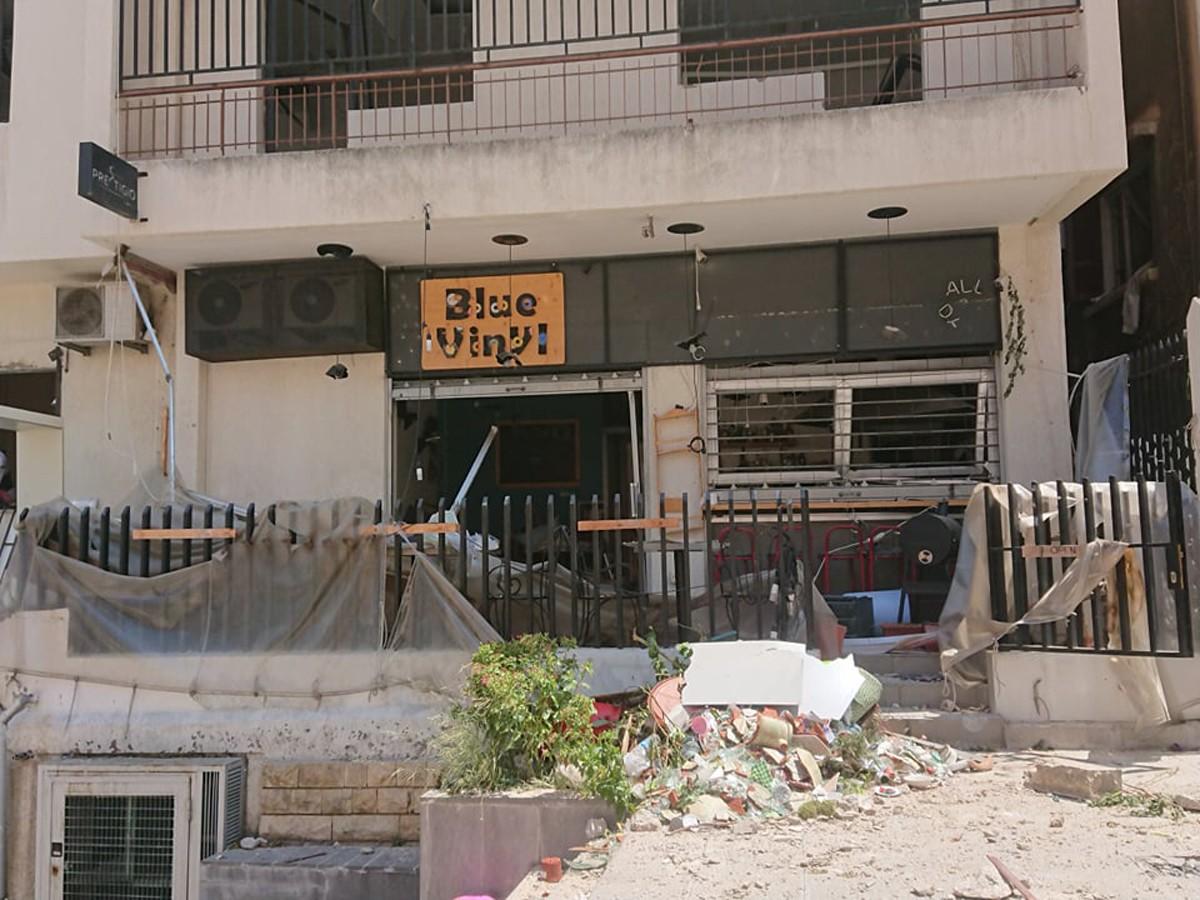 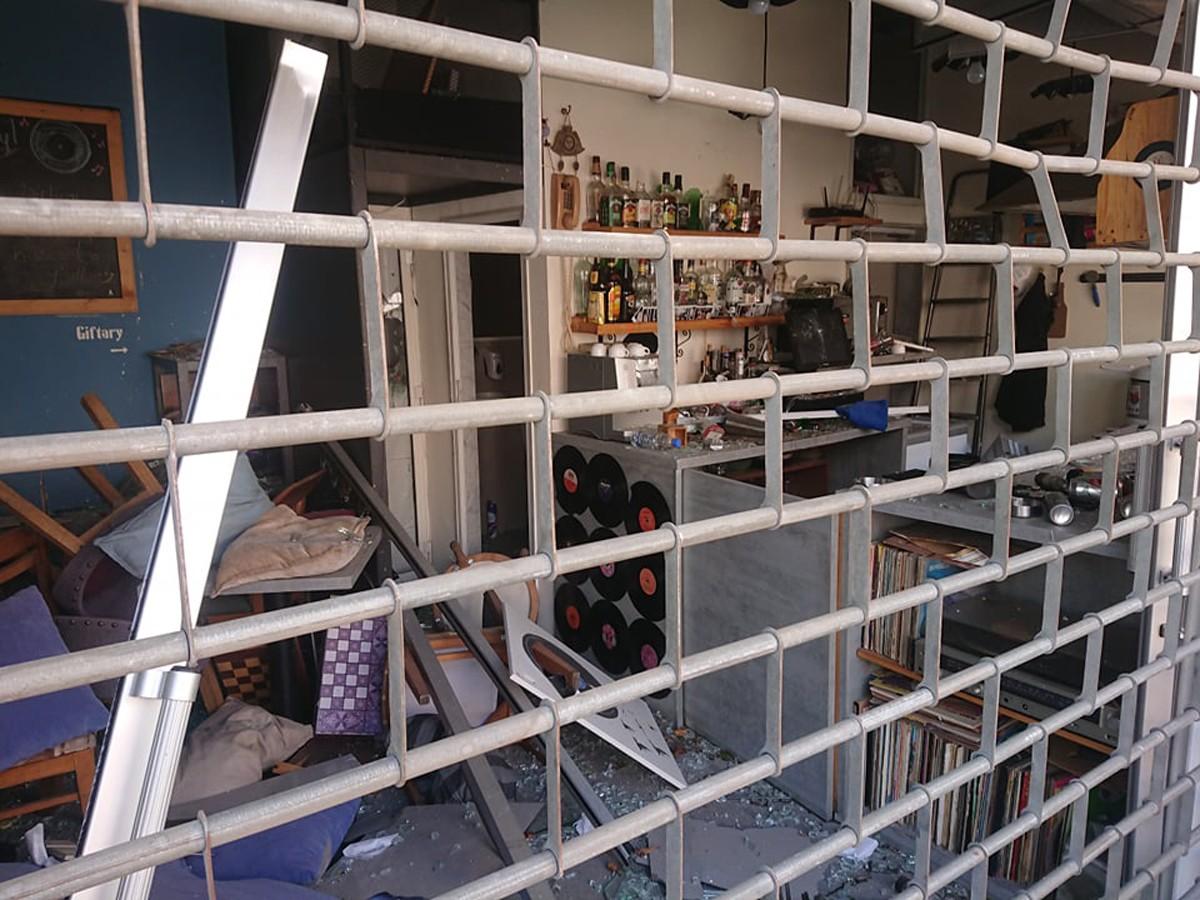 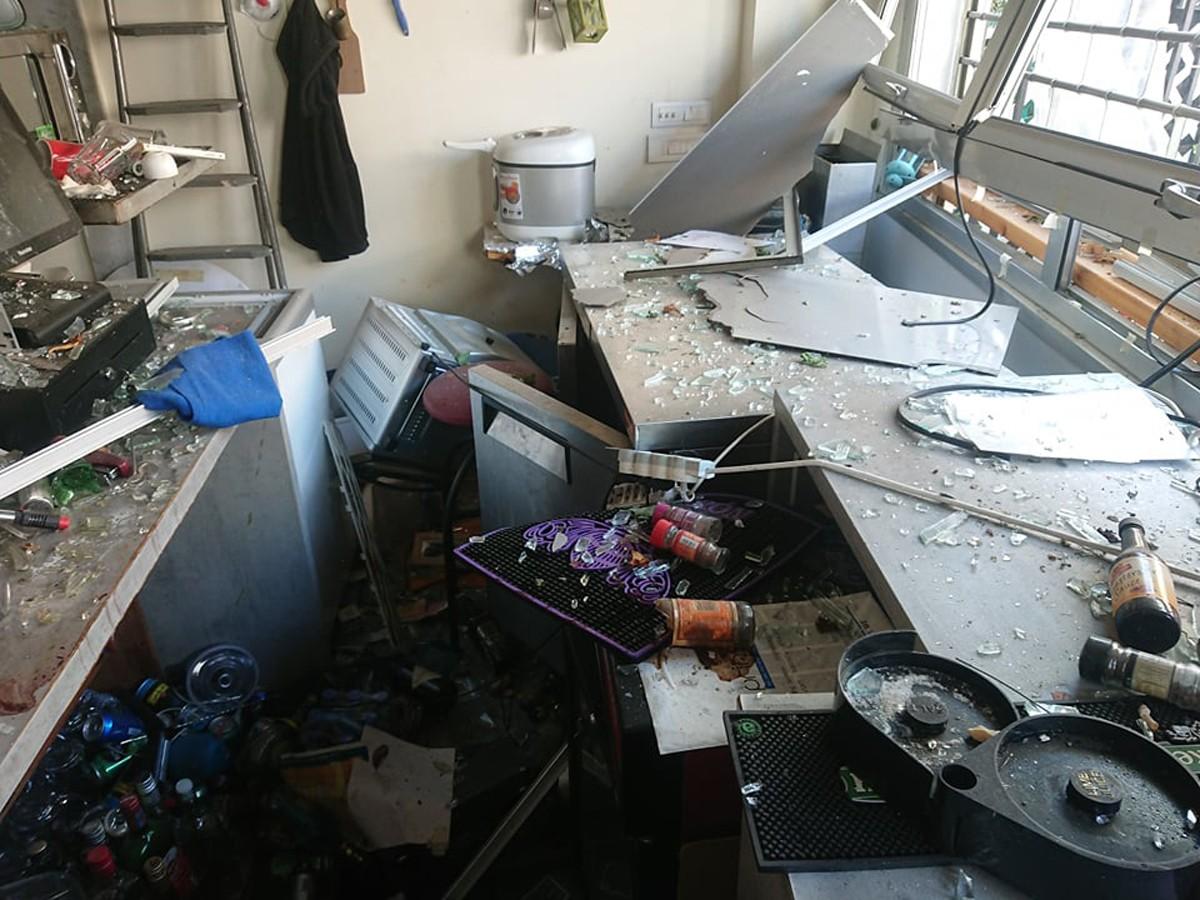 Avedanian says the area resembled a battlefield, full of damaged buildings, stores, eateries and cafés. The young man told Hetq that even if he somehow reopens one day the neighborhood sense of mourning and loss will last for a long time. 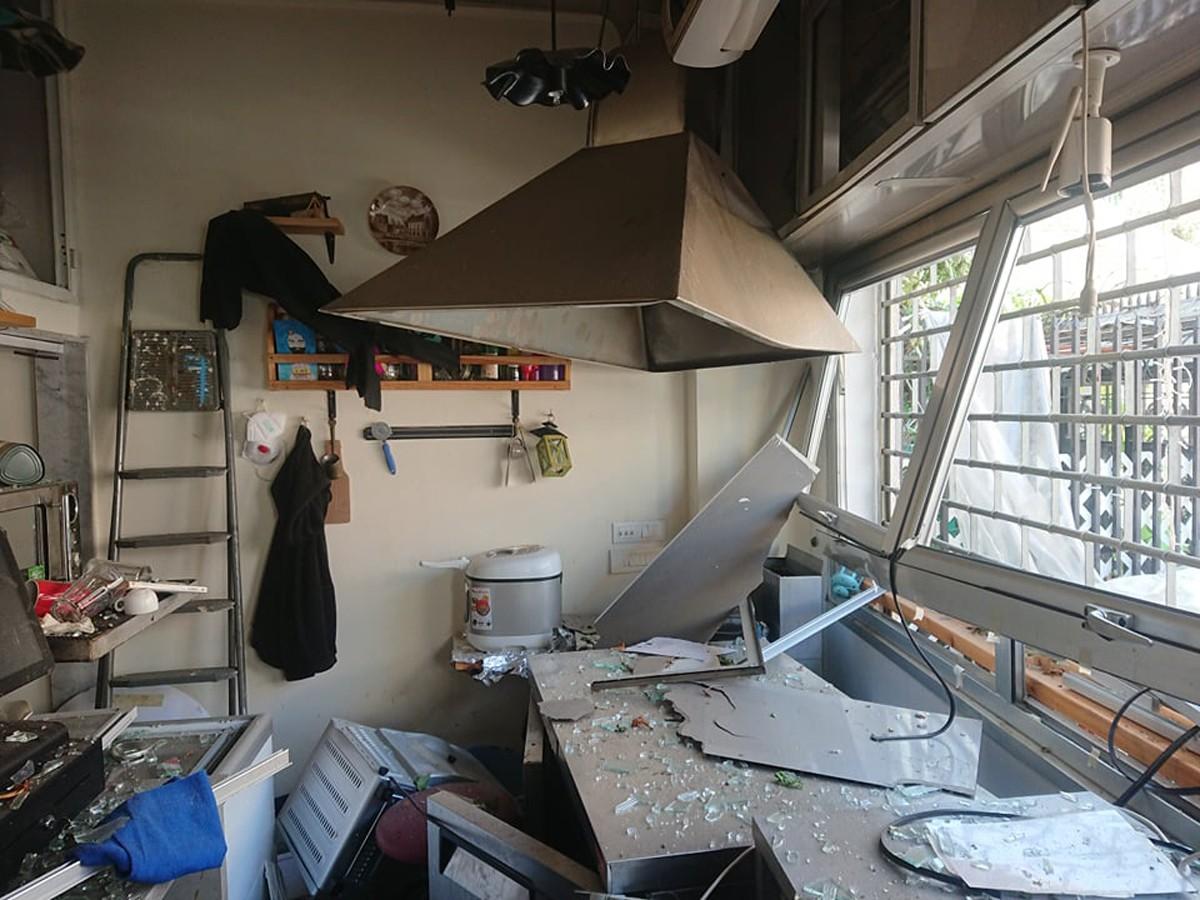 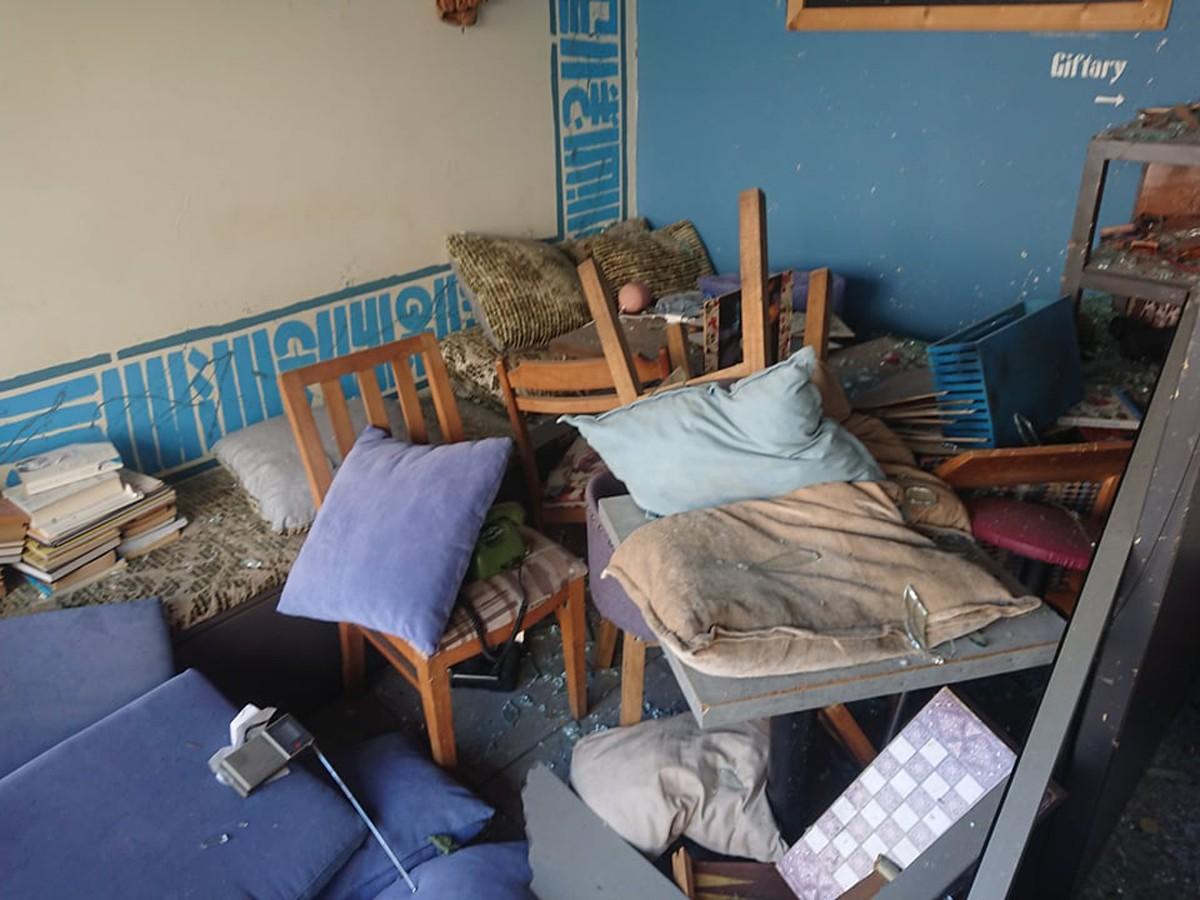 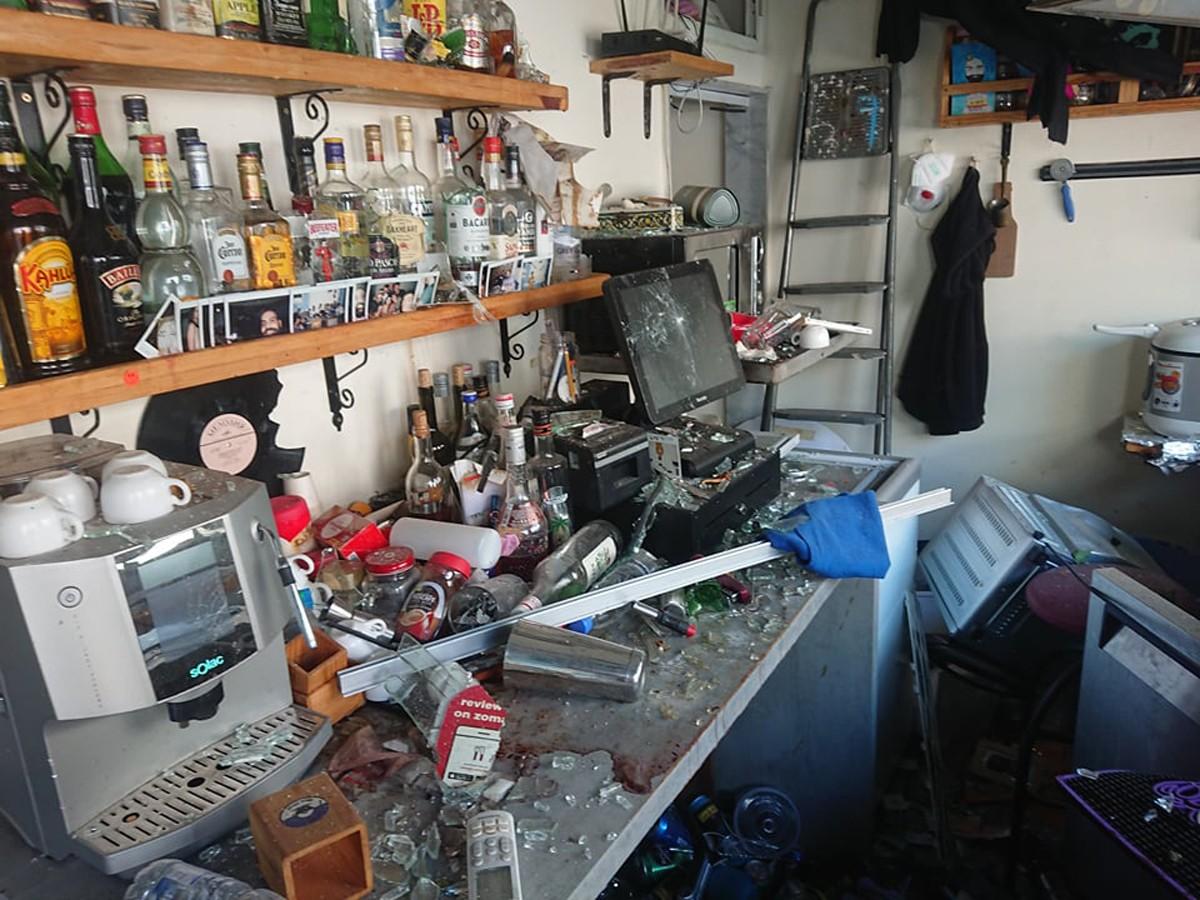 The August 4 explosion has left Megerdich jobless. He says that restaurants and cafés in Lebanon are facing tough times due to the constant economic upheavals experienced there.

He notes that what happened can also be a signal for him to move to Armenia. Megerdich says he’s been thinking about it for a year.

"I guess I’ll to go to Armenia and open my business there. I have always favored going to Armenia. I feel more at ease there. It’s gotten more difficult here," he tells Hetq.

Patyl Kevorkian was returning home from the market with her mother when they heard the first blast. At first, they had no clue what had happened. They then saw people looking up at the sky. The second blast severely shook them. They started calling their relatives. Patyl’s father was in one of the districts near the port at the time of the explosion. Fortunately, he was not injured. Only his car was damaged. 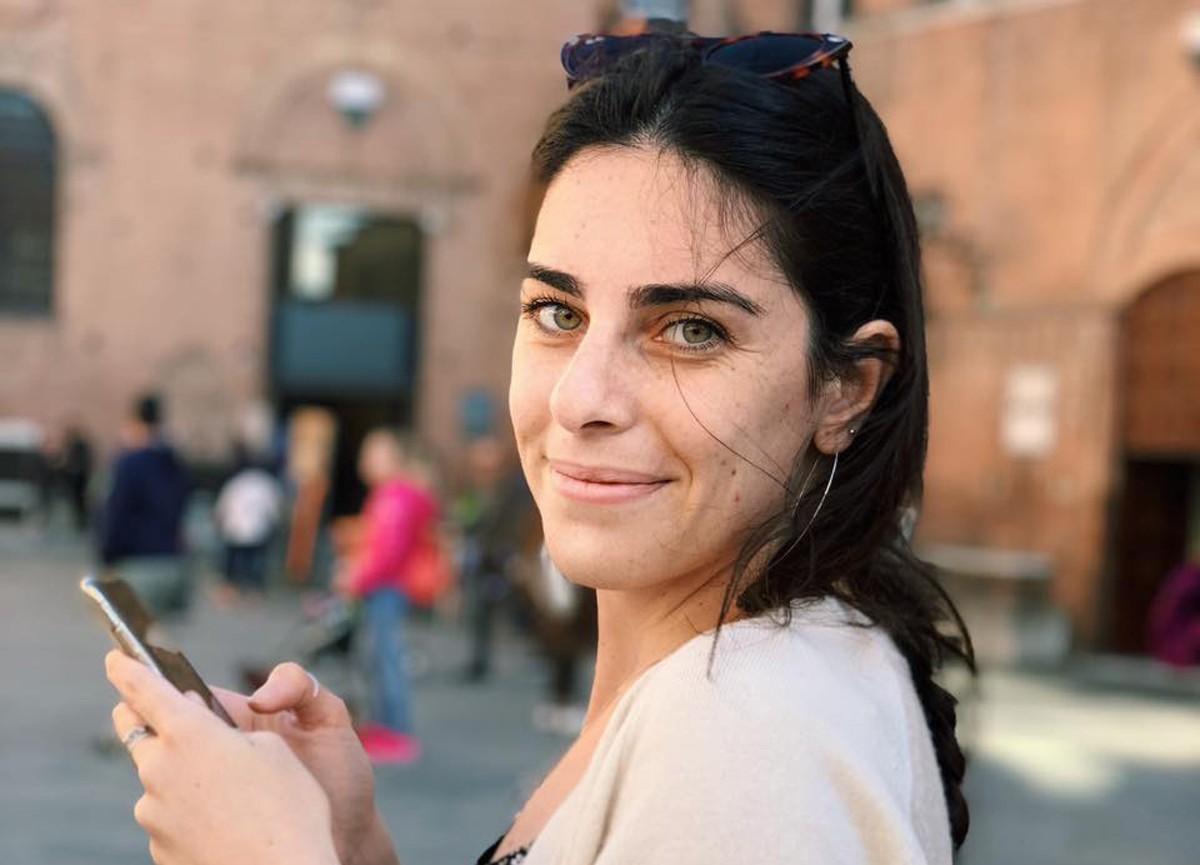 Patyl has joined a clean-up crew scouring the Armenian neighborhoods impacted by the blast. Many of Beirut’s young Armenians have signed on to the initiative.

Patyl says there is a lot of work to be done. The clean-up in Bourj Hammoud (a Beirut suburb with many Armenians) has ended.

"Now, to be honest, I do not think about the future. We have been living in the here and now since Tuesday, thinking about how to help. Now, we do not look further. Everyone tries to help others as much as they can," says Patyl Kevorkian.