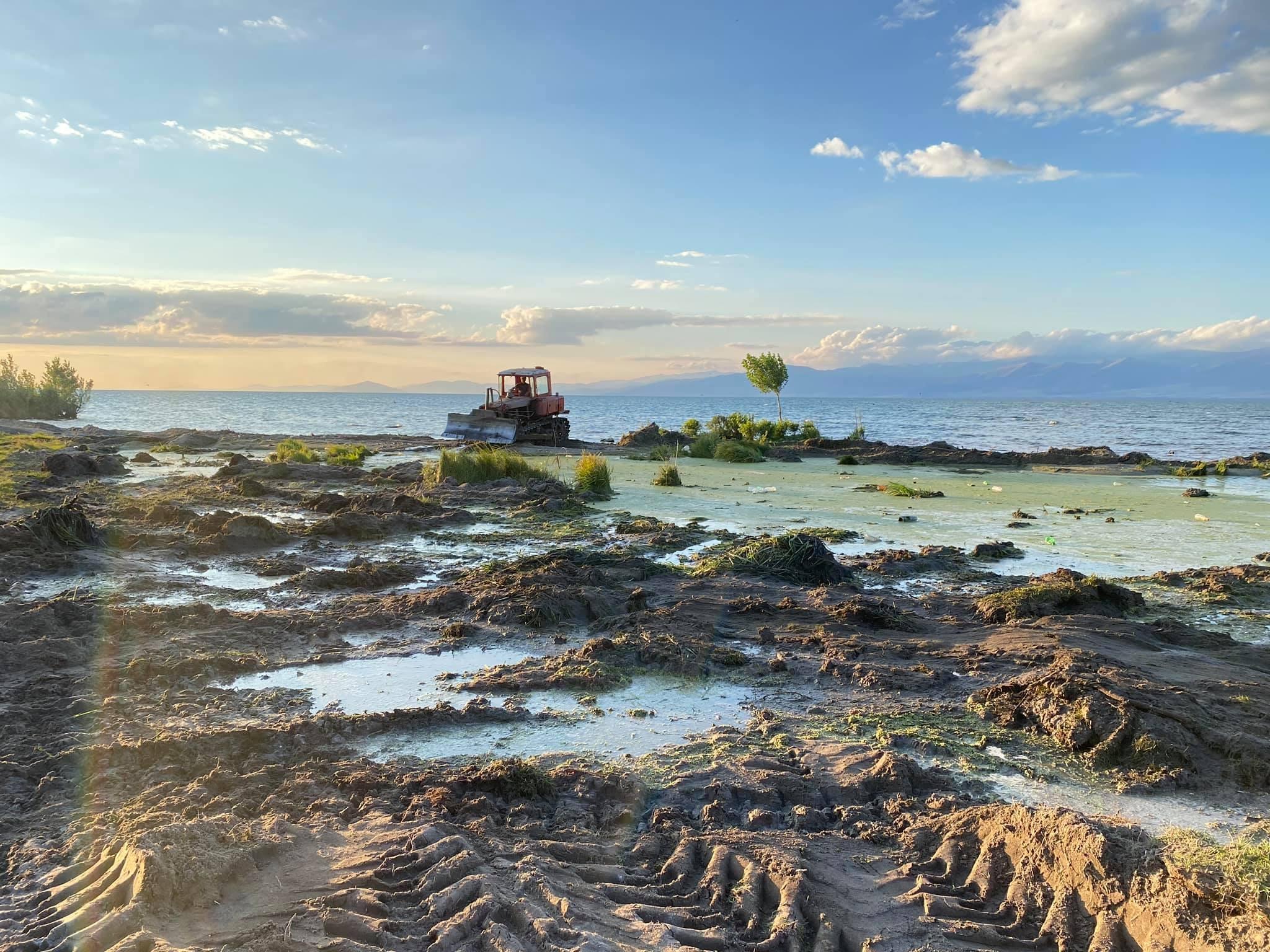 In 2001, important legislative acts concerning Lake Sevan, the largest body of fresh water in the country and the entire Caucasus region, were adopted by the Armenian government.

It was previously decided to add another 4.5 m to this, as a zone of “wave influence”, signifying that the lake’s entire surface would have to reach 1908 meters. However, in 2008, the Armenian government reduced this mark by 1.5m, to 1905 m.

Along with the rising water level, the removal of buildings and vegetation along the lake’s shoreline became an important issue. Government agencies have failed in this regard for years.

Areas of vegetation, now under water were not removed and have become swamps, endangering the Sevan ecosystem. Due to this vegetation and forest decay, large amounts of nitrogen and phosphorus were introduced into the lake, contributing to the lake’s unnatural fertility. This has negatively impacted water quality and the native fauna. 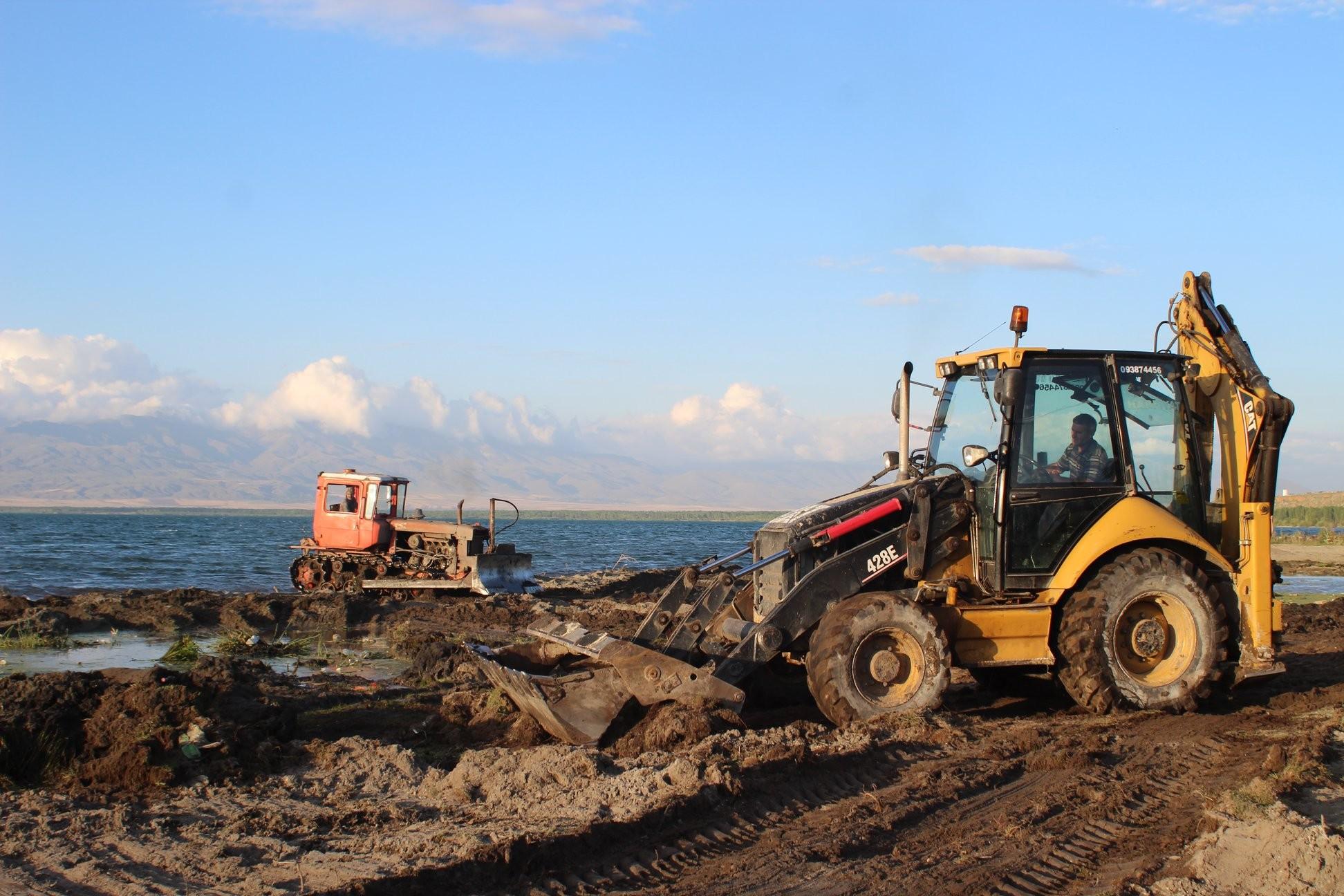 Presently, the shoreline up to 1901.5 m is slated for cleaning. Some of this area remains above the water line. The remainder is either under the lake’s surface or has turned into marshes. As of September 4, according to the Ministry of Emergency Situations, the level of the lake is 1900.67 m, which was 5 cm higher than it was on September 4, 2019.

Armenia’s Ministry of Environment announced on July 21 of this year that in 2019 some 100 hectares of forested area were cleared (according to Acting Director of Sevan National Park Ara Khloyan - 98 hectares). At the same time, the mapping and inventory of buildings to be dismantled below 1901.5 meters below the lake shore began.

According to ministry, community-owned buildings will be dismantled with state funds, and the owners of private buildings have already been notified to dismantle their buildings. If they fail to do so, the state will pay the costs and then go to court to force the private owners to pay. 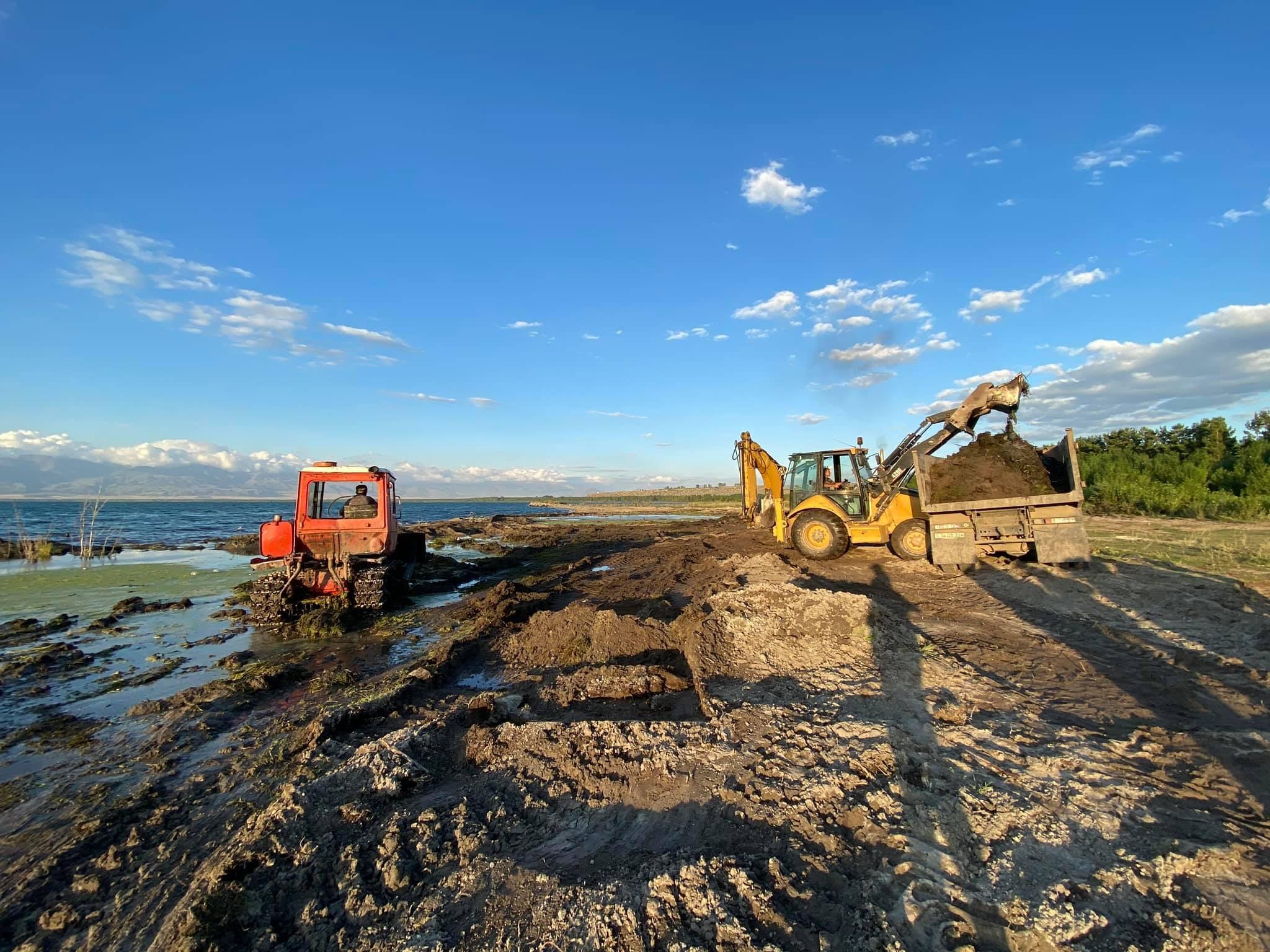 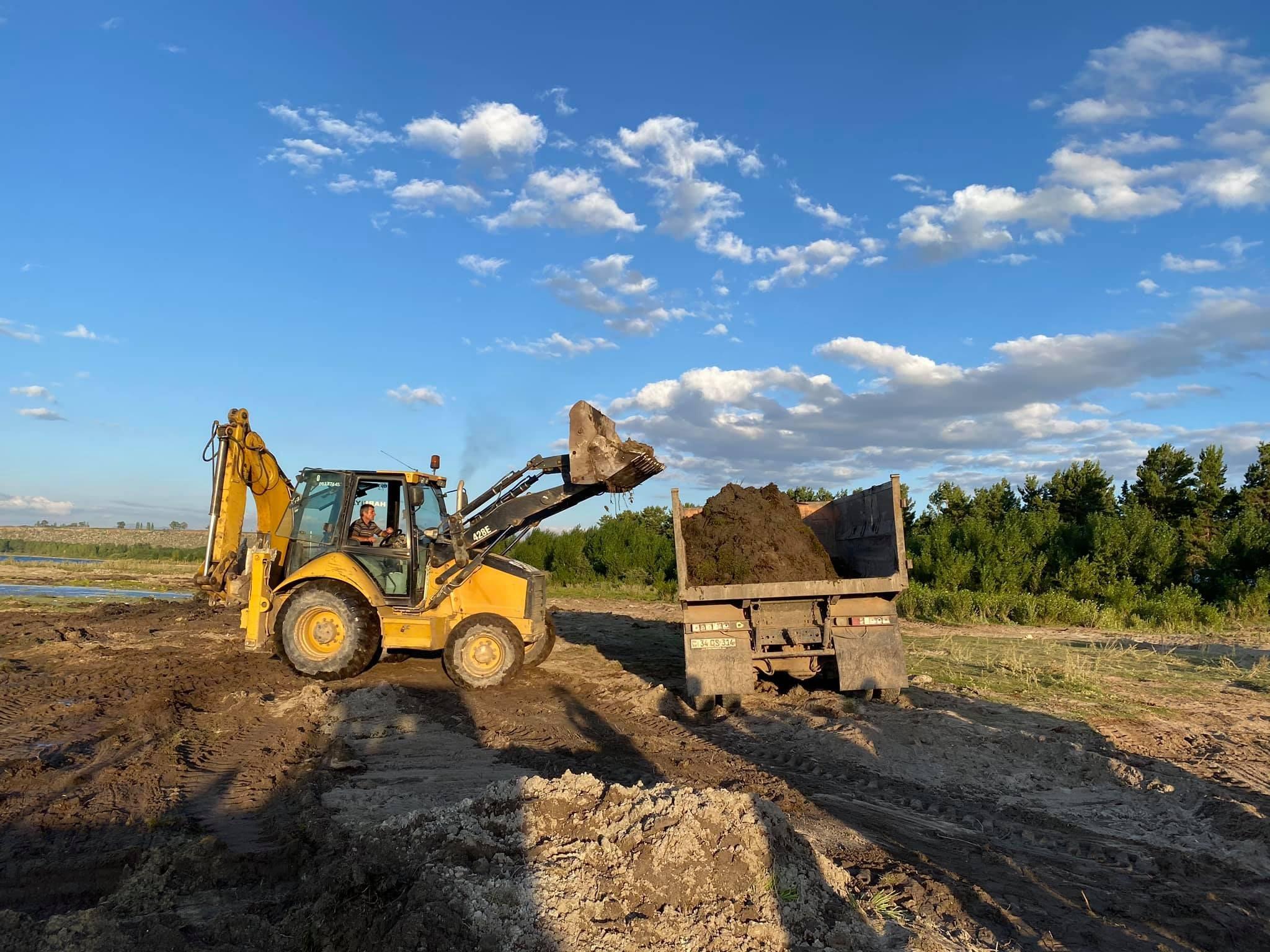 On August 10, the ministry announced that the total number of illegal buildings on the shores of the lake, below the permissible level, was about 3,800, all of which are subject to demolition and demolition.

On August 26, Environment Minister Romanos Petrosyan announced on his Facebook page that a special group carrying out the measurement and inventory will complete its work in about six weeks, followed by legal proceedings. Note that the government's 2008 decision mentioned above stipulates that the construction of main facilities in the zone below 1905 meters is prohibited, except in cases of government approved projects, taking into account  environmental restrictions, allowing the construction of main facilities of coastal protection, engineering infrastructure and (or) hydraulic type objects.

Returning to the shoreline areas to be cleaned, we should mention that according to the 2020 program for the restoration, preservation, reproduction, normal development and use of the Lake Sevan ecosystem, 271 hectares of shoreline are slated for clearing  this year, and in 2021 (the draft annual program has been published) - another 371 hectares. On August 10, the Ministry of the Environment announced that about 50 hectares has already been cleared this year. 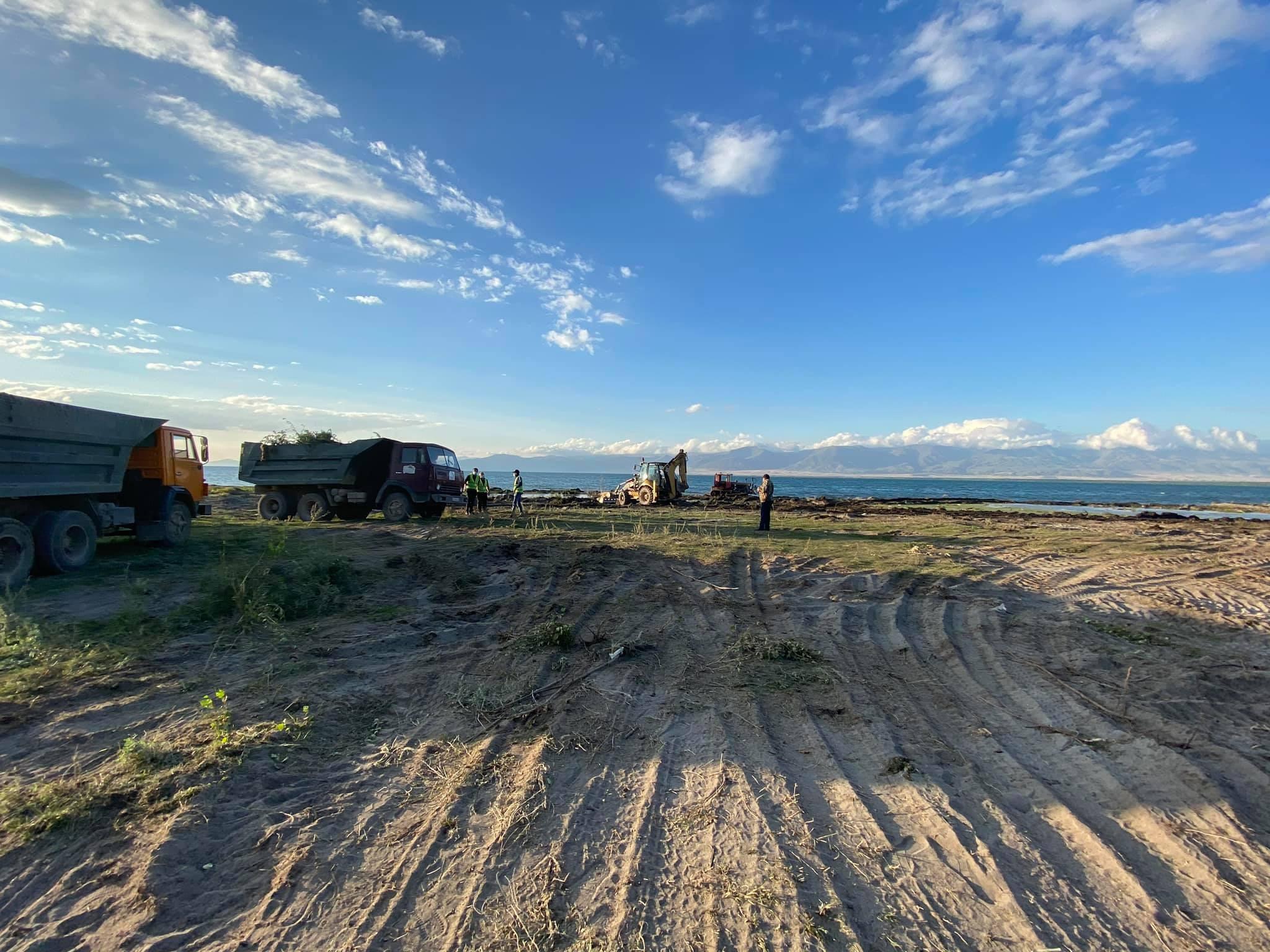 Former Armenian Deputy Minister of Environment (2018-2019) and forestry scientist Ayser Ghazaryan has a number of concerns about the cleaning of vegetation in areas which will be covered with water or already covered as a result of the rising level of Lake Sevan, which he claims he raised during his tenure.

"I talked about the cleaning of the forest layer of the shoreline areas, and big disputes took place in the ministry because there are people who were involved in those activities. They hired a contractor and drafted fraudulent plans as to where to clean. The completion reports claimed that the areas had been cleared, but de facto, we see that they have already been submerged," says Mr. Ghazaryan. 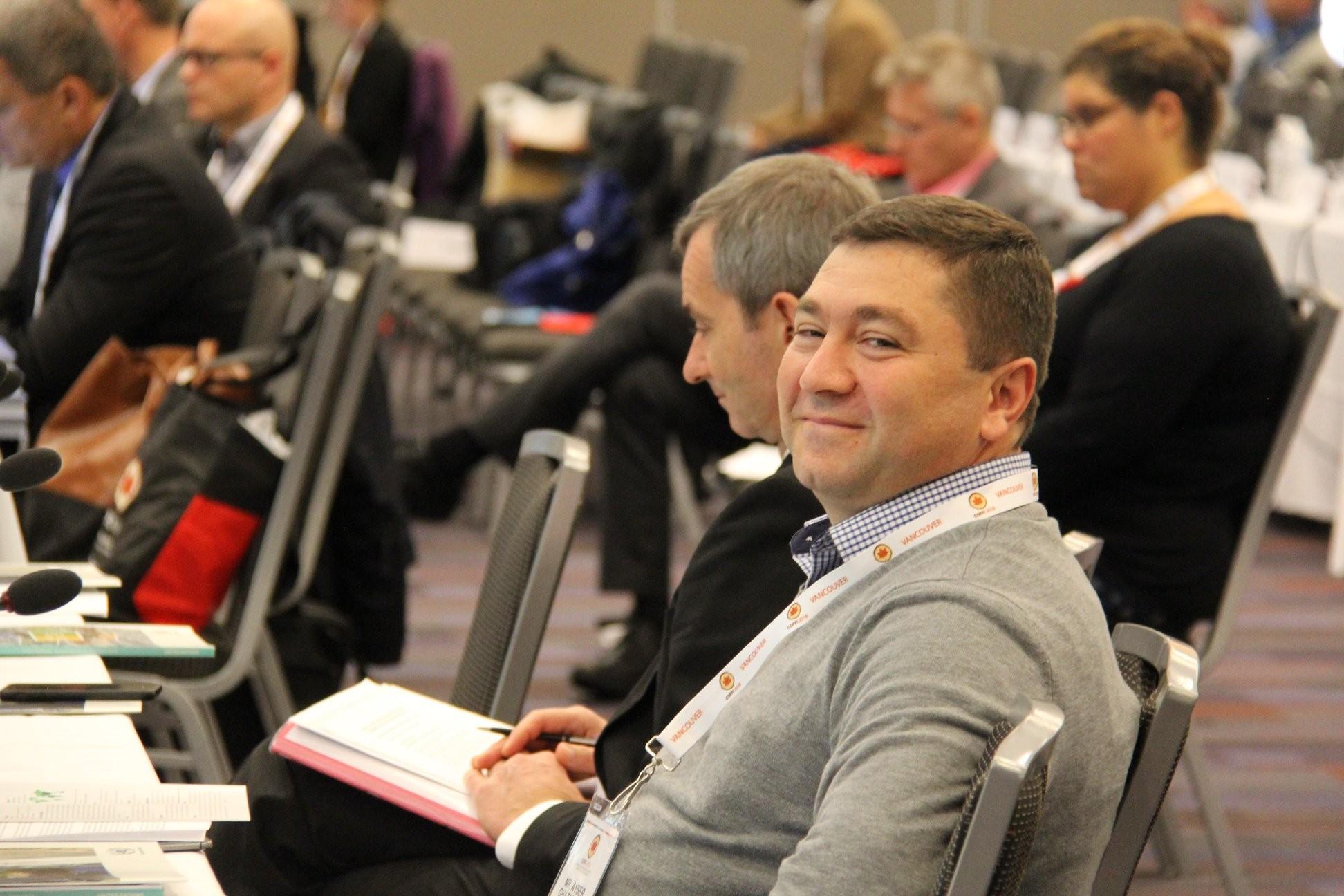 Ghazaryan says that the ministry launched investigation revealed that there are large factual discrepancies in what was and wasn’t cleaned. There are examples where supposedly cleaned areas were again included in upcoming cleaning projects. Ghazaryan describes this as a waste of taxpayer funds.

"They will earn double the money. And I do not know whether the areas will be cleaned or not," Mr. Ghazaryan says.

Another problem unearthed was that in some parts of the shoreline, clean-up operations were planned above a mark where there is good wood. Mr. Ghazaryan says  these areas will not remain under water for the next ten years and that it is clear  that those responsible will reap good income by extracting the wood and then illegally selling it , because the extracted wood will be sold without registration. The former official also points to the fact that vegetation slated for cleaning was never touched and have now turned to swampland, there were parts below the mark defined by the cleaning plan, where the shrub vegetation remained under water and became a swamp. This is the very zone that had to be cleaned first. 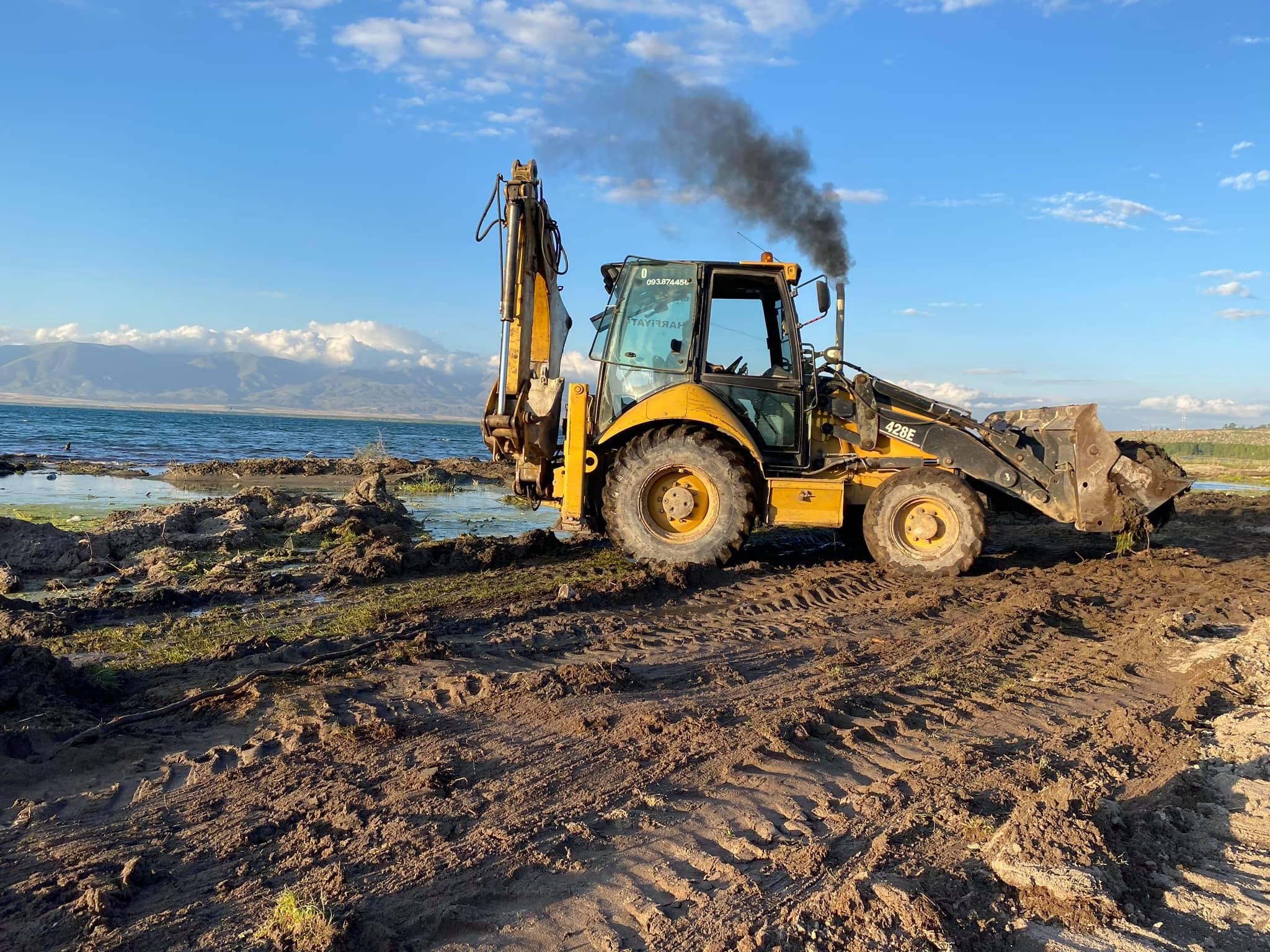 Referring to the current cleaning operation, Ghazaryan says that it’s not what’s covered by water that is being cleaned, but the swamp and land layer, which is up to 1901.5 m. He says it’s not possible to clean the water-covered areas now since the Finnish equipment intended for this (the Watermaster Classic III multifunctional excavator - self-propelled raft), is not operational.

Sevan National Park Director Ara Khloyan told the Zhoghovurd daily in July that the device should have been serviced and given to the cleaning contractor. No maintenance was provided, as the coronavirus virus prevented the visit of relevant specialists. The excavator is now parked in the nearby town of Sevan, next to the Sevan National Park SNCO offices. 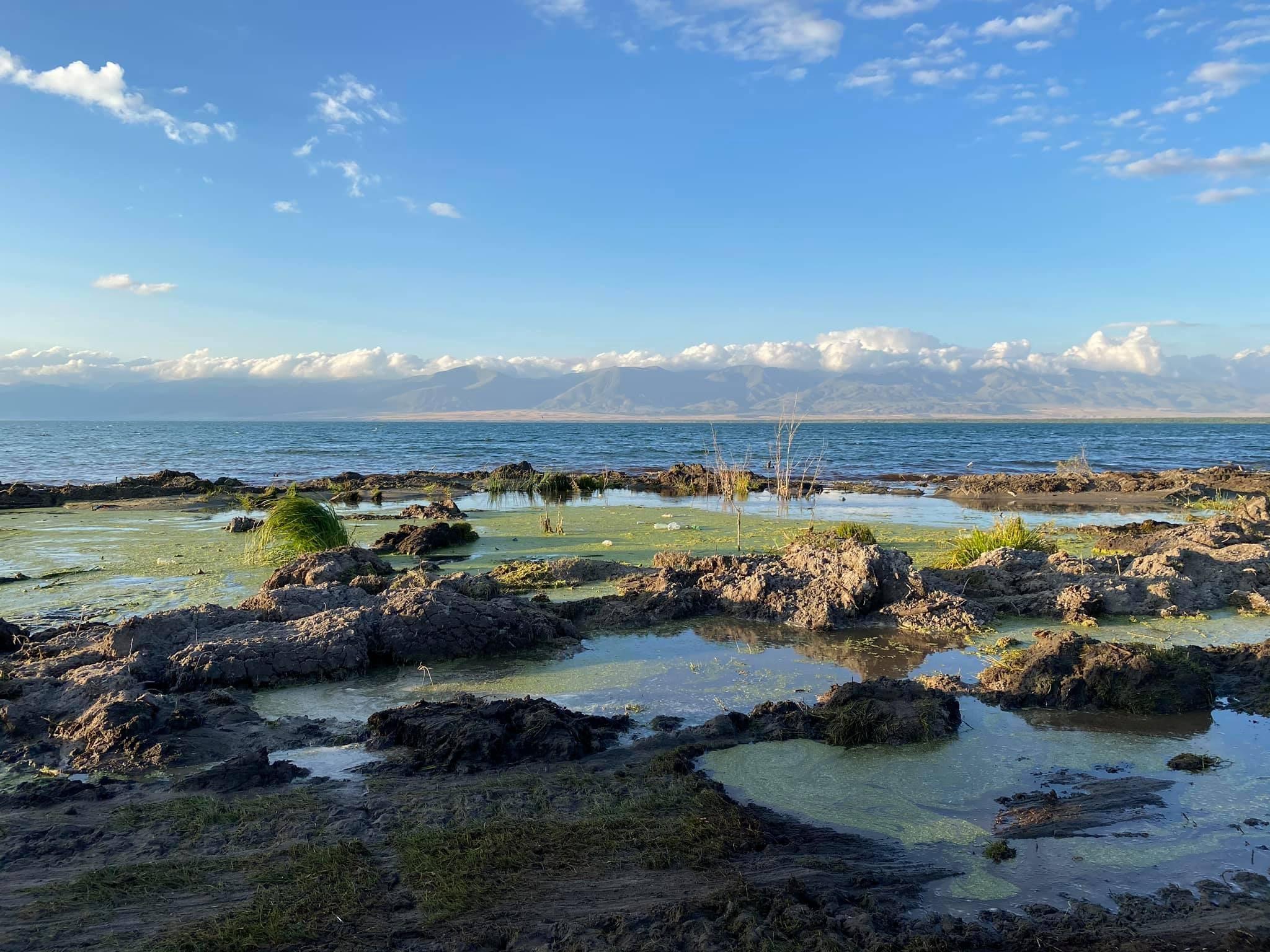 "If the coastal flooded areas, I emphasize flooded, subject to primary cleaning have not been cleaned, and organic materials from these areas enter the lake and the equipment isn’t working, who will be held accountable?" asks Ghazaryan.

The former official raises another important issue․ He says that the water level marks are miscalculated.

"There are places where, for example, the 1900 m mark enters the lake by 100 meters. There are places where that mark rises up to 100 meters to the shore," Ghazaryan notes. Clearly, in practice, such a thing cannot happen. The mark is a horizontal line which passes over the relief and the water rises parallel to it.

The 2019 government program regarding the restoration, preservation, reproduction, normal development and use of the Lake Sevan ecosystem, adopted in September 2018, specified that, starting in 2019, the Ministry of Nature Protection (now the Ministry of Environment) and the Real Estate Cadastre Committee were responsible for correcting the horizontal markings of the lake shoreline up to 1905m. Ghazaryan emphasizes that the marks have not been corrected. 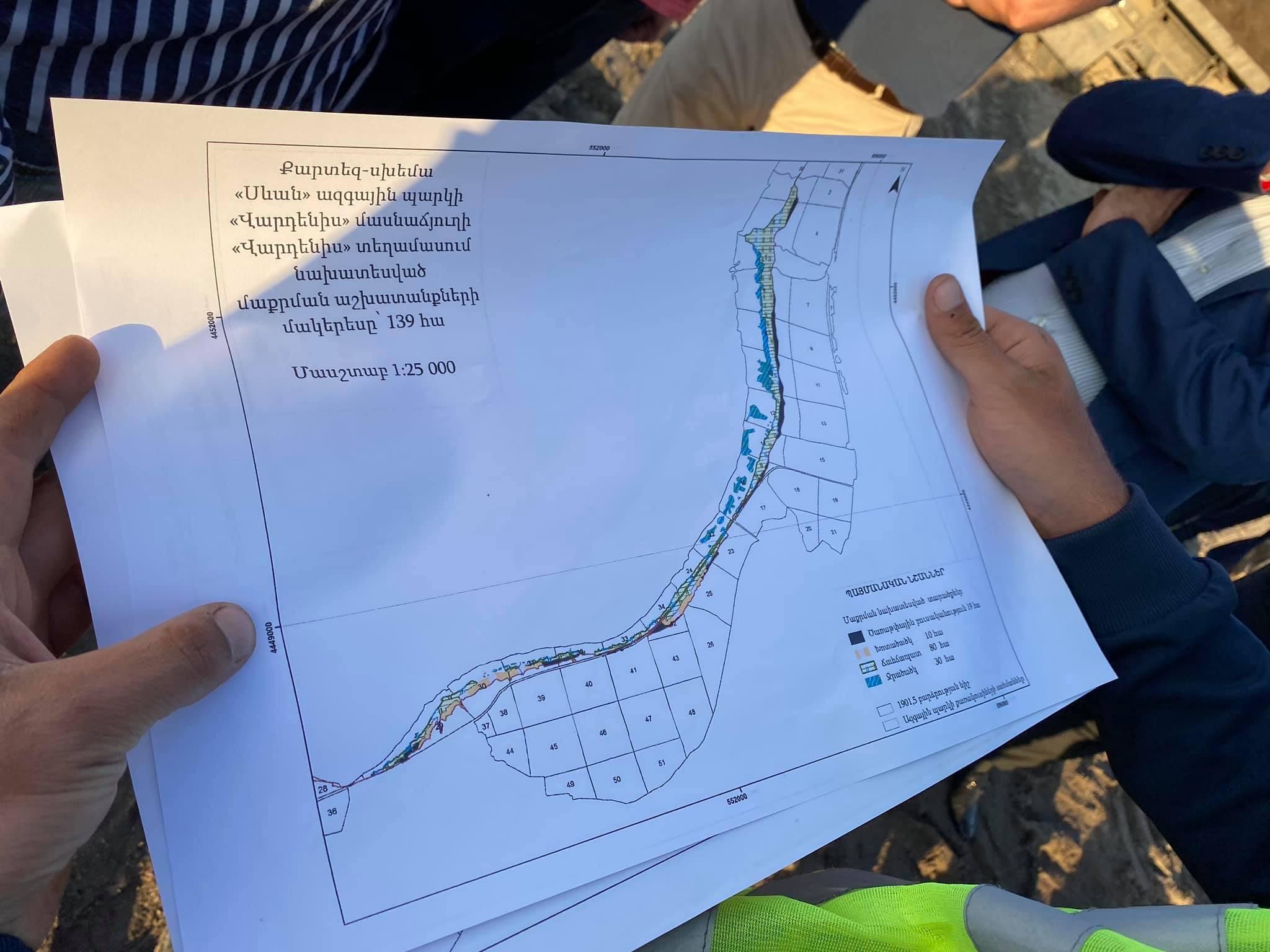 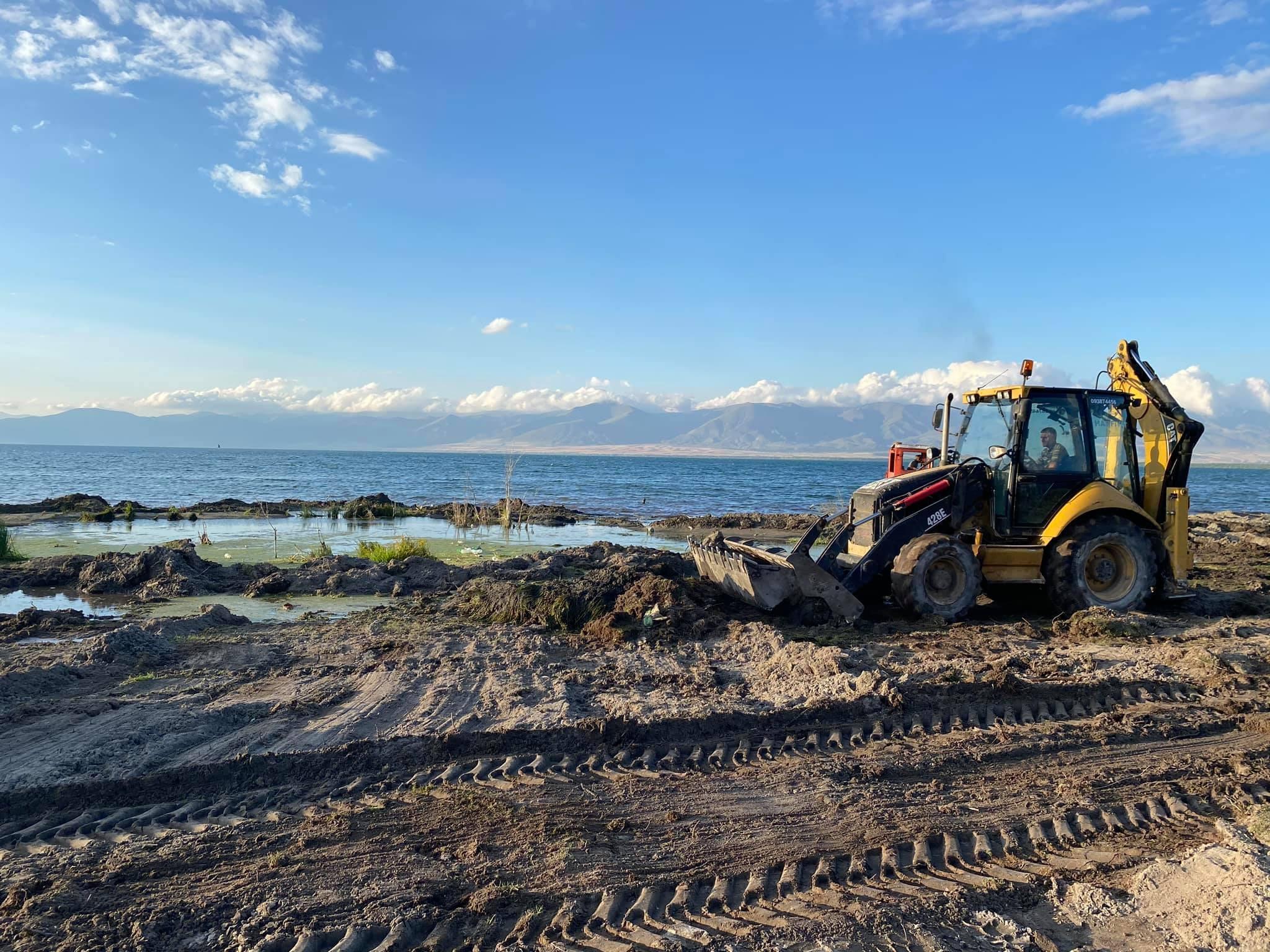 "We advised that those marks should be reviewed. However, without reviewing or clarifying anything, the former minister (referring to Erik Grigoryan-Hetq) announced that they had already completed the assessment of buildings up to 1901.5m and he also noted that there are many buildings under water and forested and shrubby coastal areas, which must be cleaned first," says Ghazaryan.

Note that in the 2020 program regarding Lake Sevan, one of the activities envisaged in the annual program (adopted in September of the previous year) is the following: this year and later, building owners (at their own expense) and the Ministry of the Environment (with adequate funding) must dismantle 394 units of buildings below the 1901.5 m mark, as well as dismantle submerged buildings and infrastructure and waste cleaning.

Ghazaryan says that there is no information about what has been done to clarify the marks this year, which he considers a key mistake.

Regarding this unresolved issue, Ghazaryan points an accusatory finger at the government.

"If on the one hand you accept that the information is wrong and needs to be corrected, and that in order to move forward certain steps must be taken, you now forget all that and with almost the same inertia as before, you attempt to show that something is being done. In this case, the result will be the same as before the revolution. It means you have not learned anything or have no idea what you are dealing with," Ghazaryan says