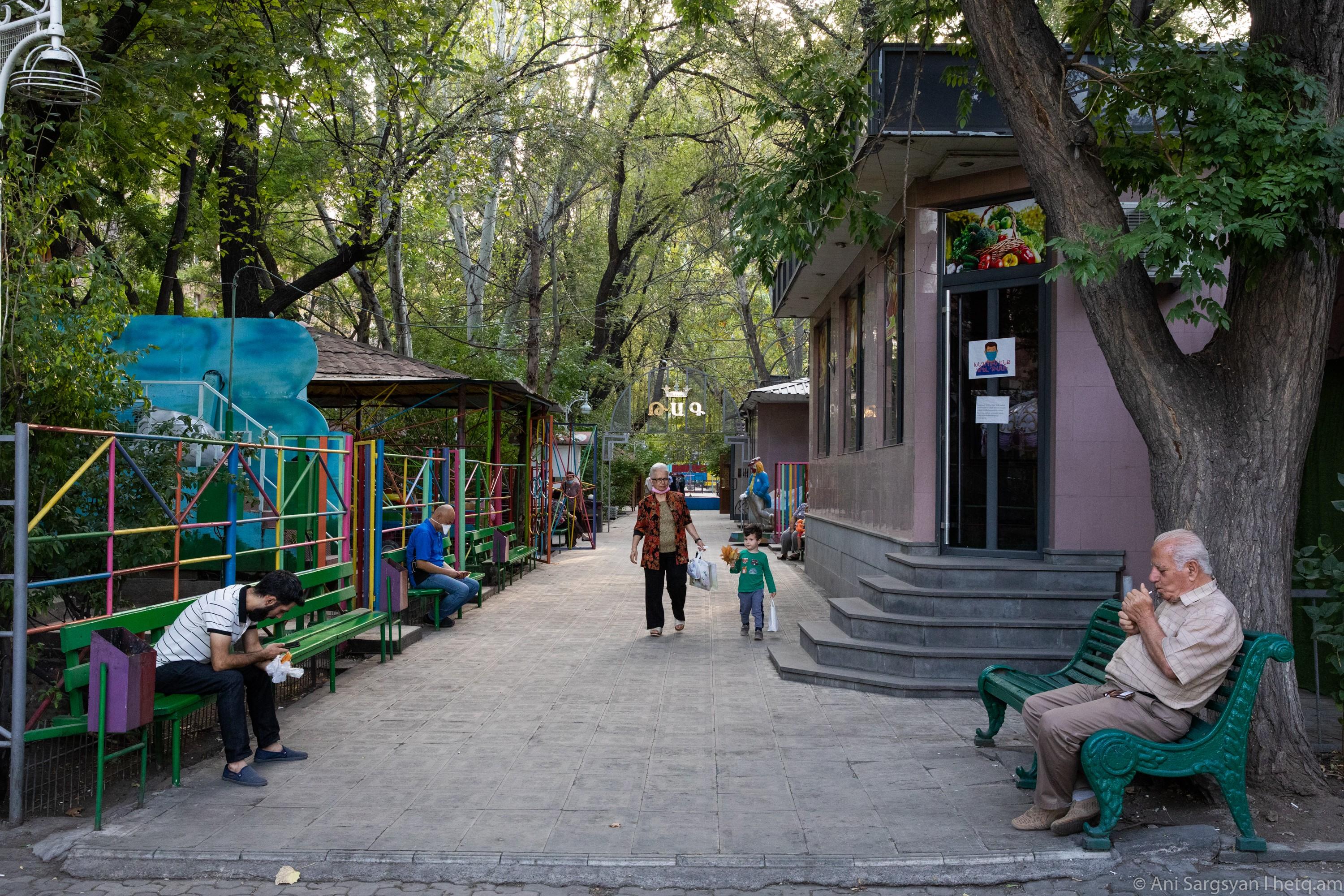 Many of Yerevan’s parks and gardens, which serve as a respite for urban residents and impart a unique flavor to the city, have been transformed into commercial spaces.

Starting in the 1990s city authorities began to lease public spaces to businesse that completely converted the green areas and adapted them to their economic activities by building various buildings in the parks.

Mergelyan Park, just a few blocks from the Barekamutyun Metro stop in the Armenian capital’s Arabkir District, is a fine example of one such green space that today resembles more of a mishmash of kiddie rides, cafes and assorted structures. 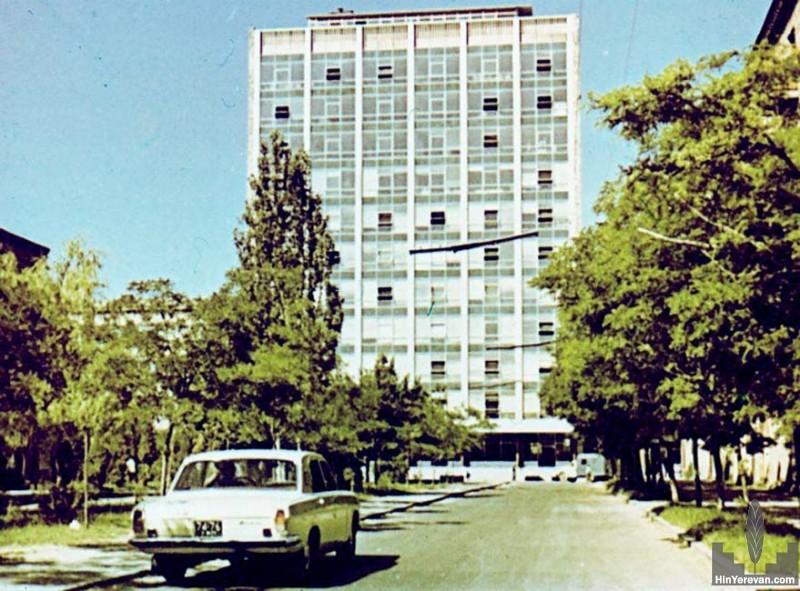 Mergelyan Institute and surrounding park back in the day (HinYerevan.com) 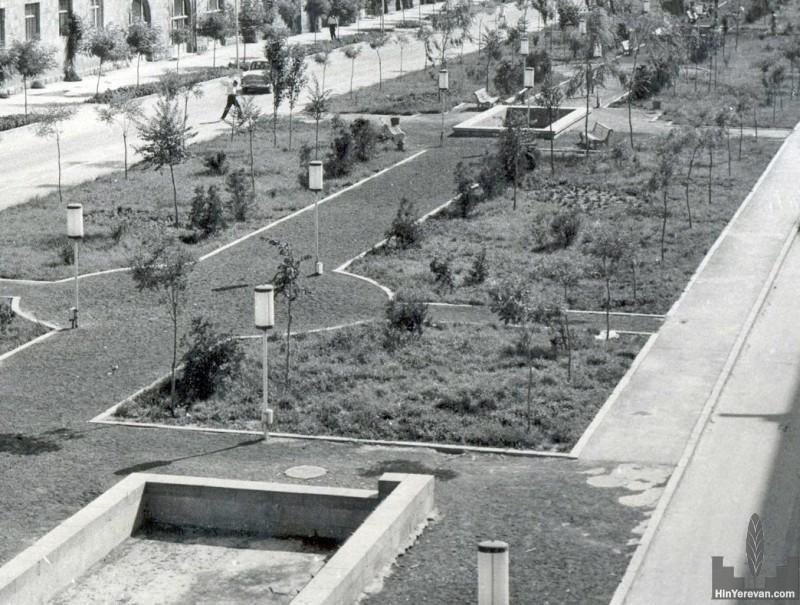 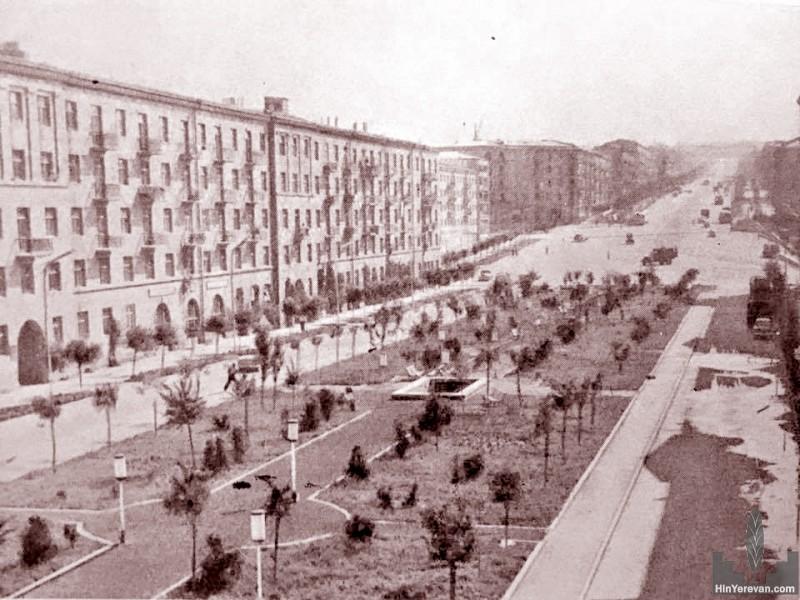 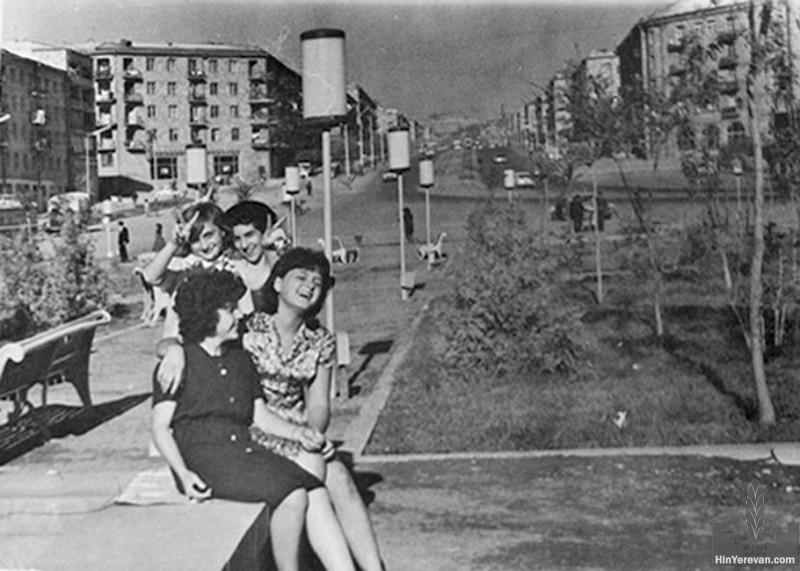 The once spacious 2,094 square meter park, which lies adjacent to the Mergelyan Institute, has almost no benches for those wishing to sit and the walkway has been narrowed to almost nothing.

The land has been leased to two businesses – Ruzanna Shahverdyan LLC and Artsakh-91, a manufacturing cooperative. The two have also leased space around the park, for a total area of 4,100 square meters.

There are two cafes in the park - Mergelyan Cafe and Tag. There are several children's attractions, an open game hall, a chess house, a pharmacy, a bakery and vegetable stores, plus a paid toilet. Each of the cafes has about a dozen pavilions. 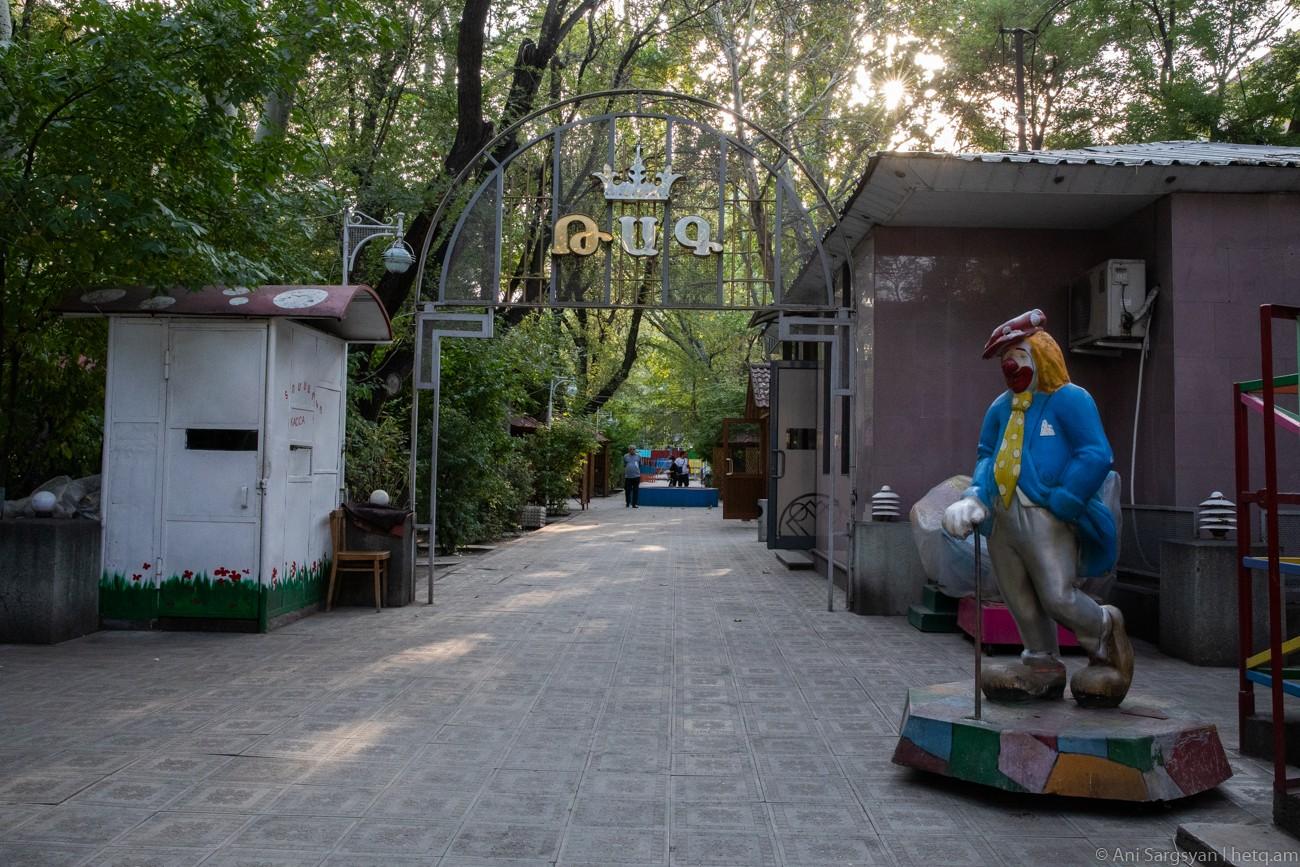 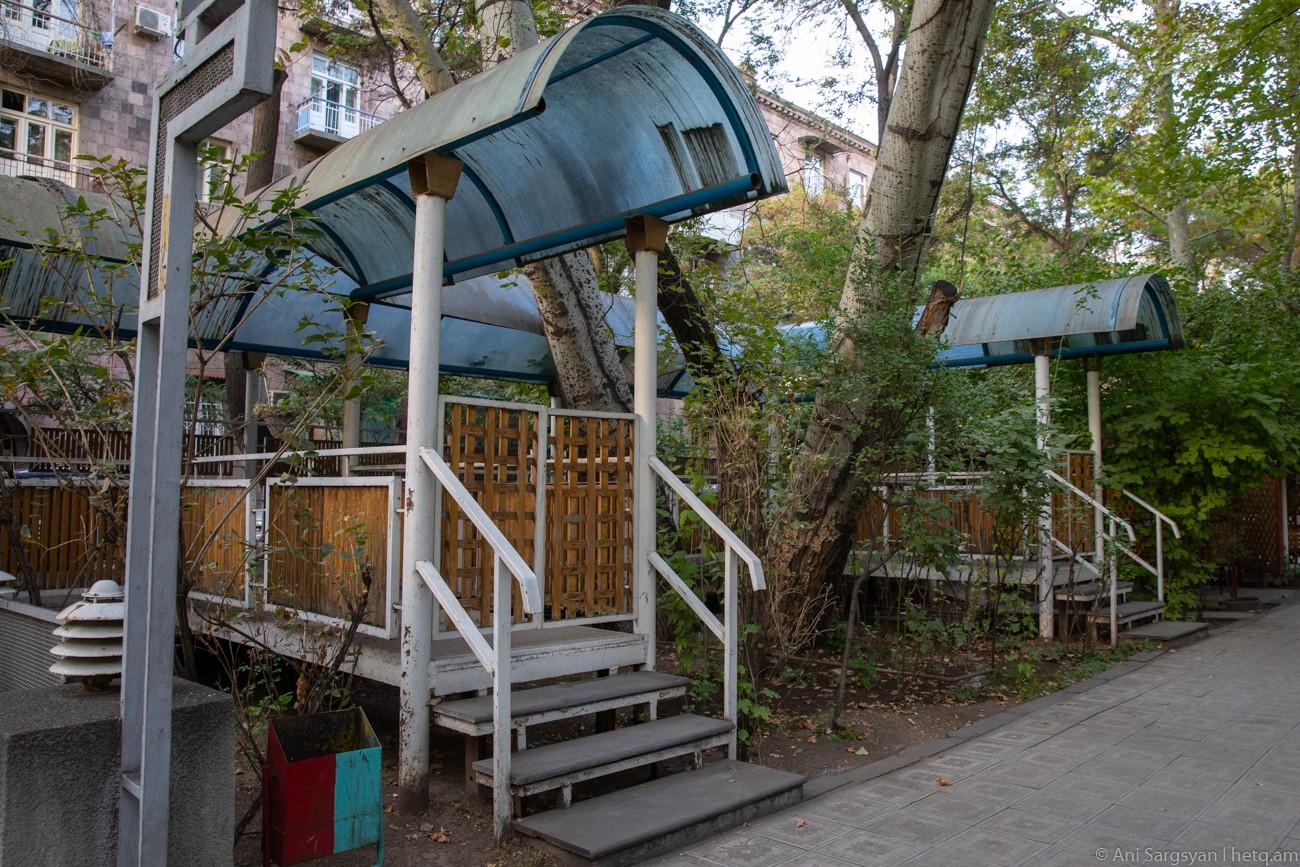 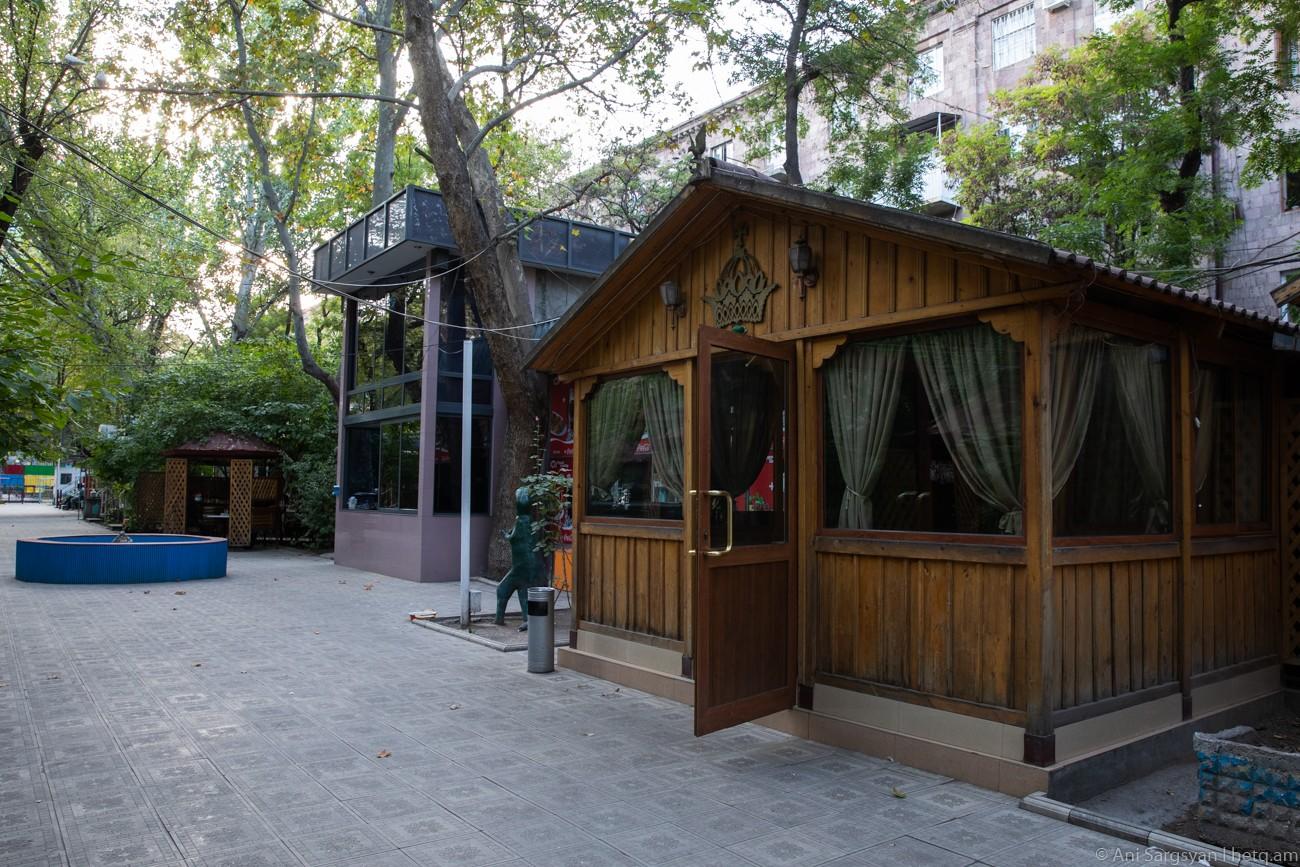 The company’s lease expires in 2026 and has been renewed several times since 2001.

The lease contracts allow the business to build on the land.

The rent they pay is well below the market rates for Arabkir, the Yerevan district in which the park is located. 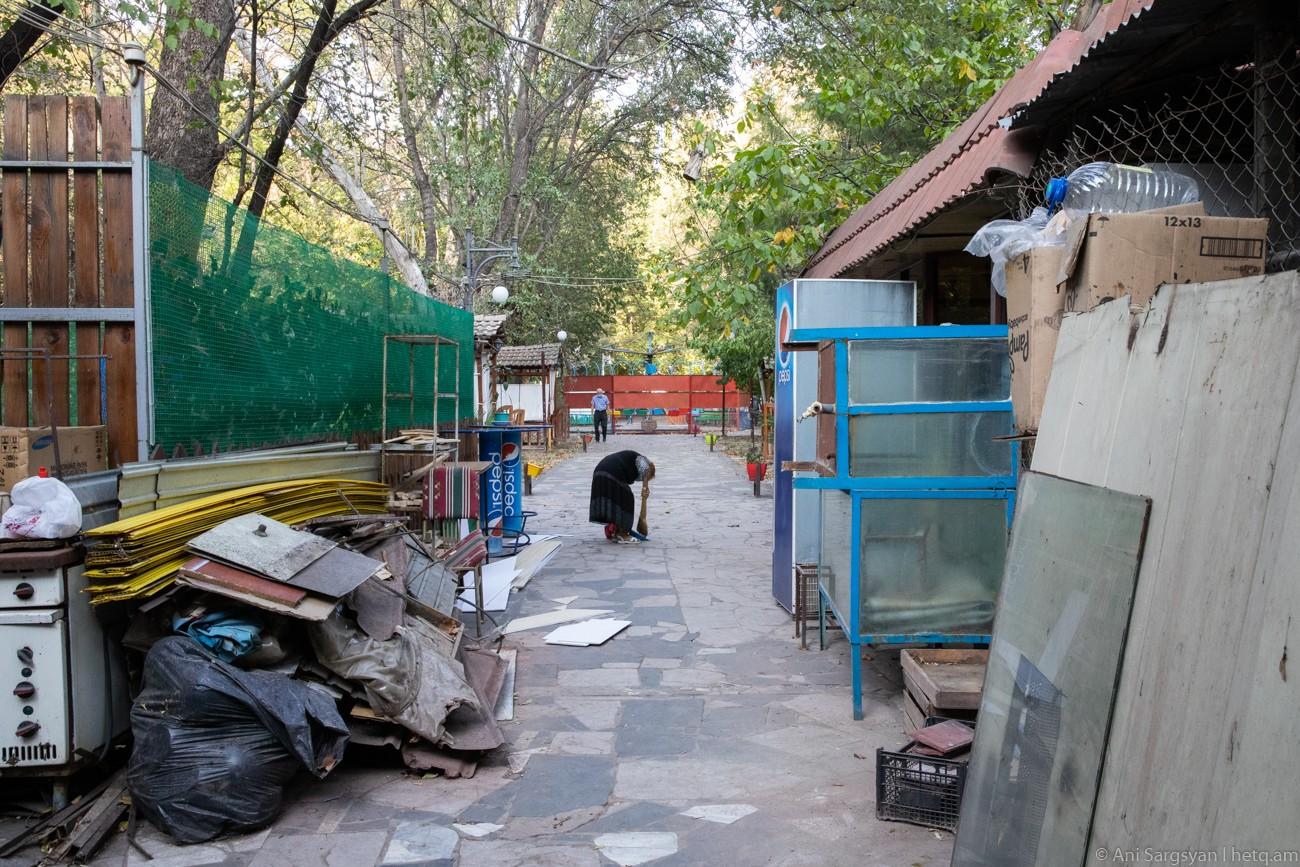 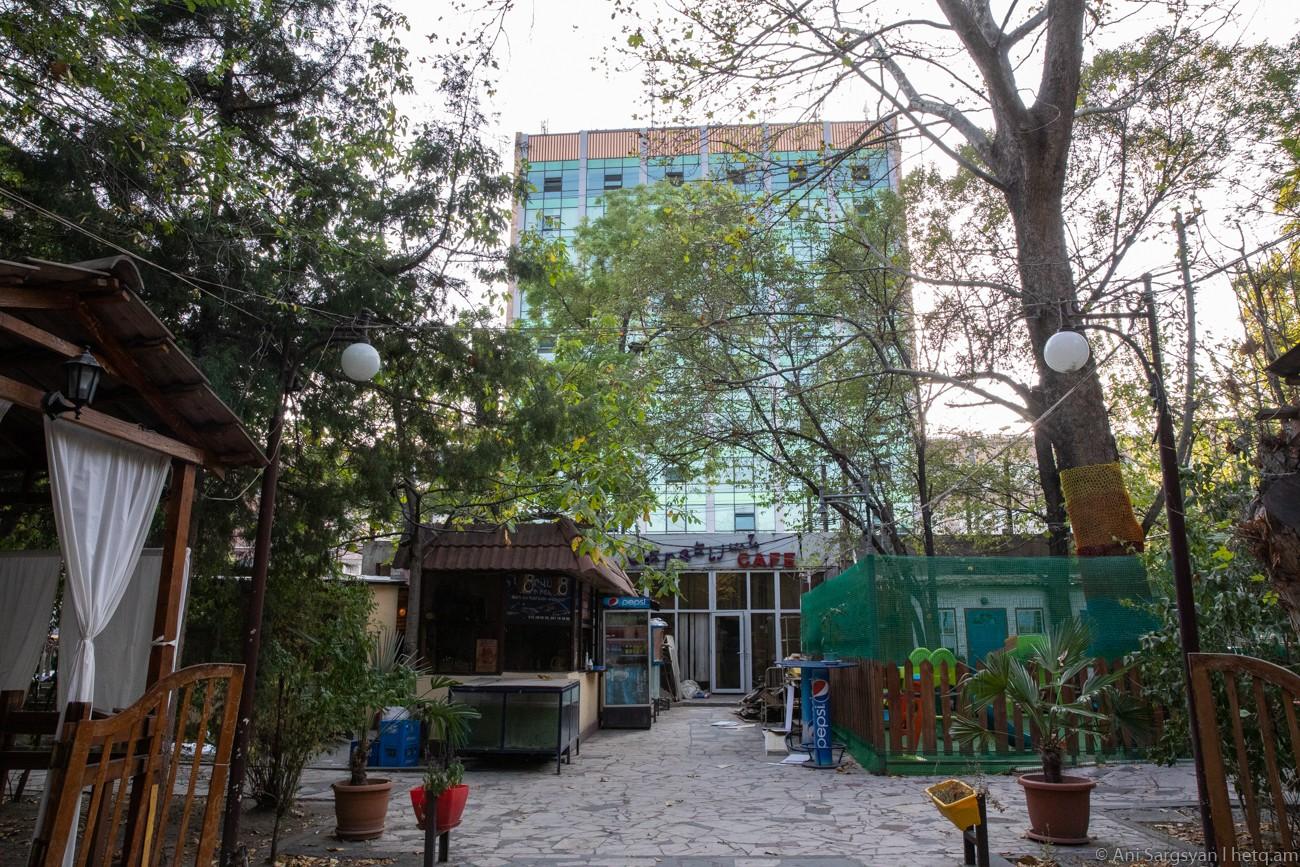 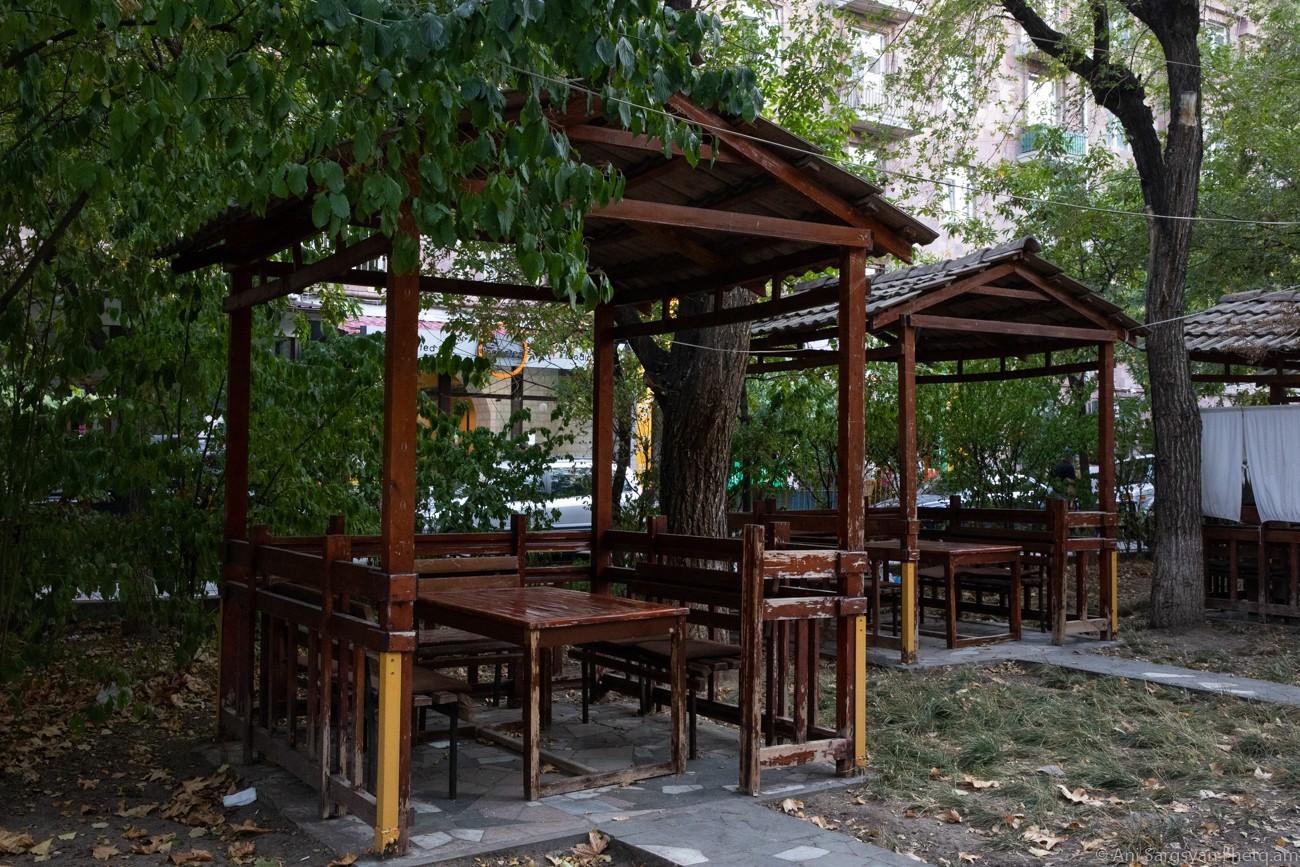 The Tag Café, with its open-air pavilions and kitchen, and a pharmacy located at the beginning of the park, plus the Bokonik bakery, belong to Ruzanna Shahverdyan LLC. There was also a betting shop in the park for years, which has recently closed.

The Mergelyan Café, operating in the area rented by Artsakh-91, with its pavilions and children's attractions occupies most of that section of the park. There are two buildings next to the café. One is car repair shop and the other is a sewing workshop.

The companies have subleased these buildings to other businesses. The two companies make enough on subleasing just one of the buildings for one or two months to cover their entire annual lease payments. 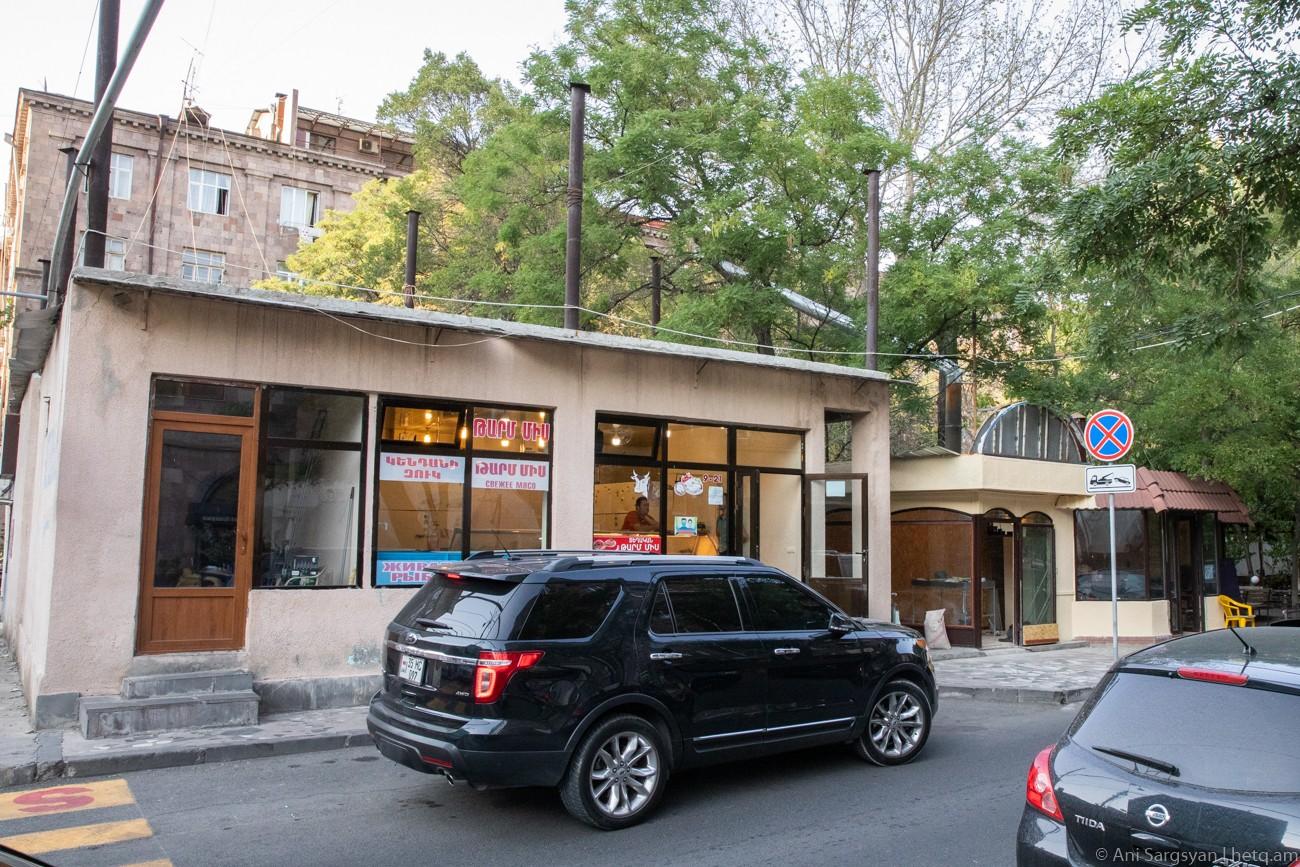 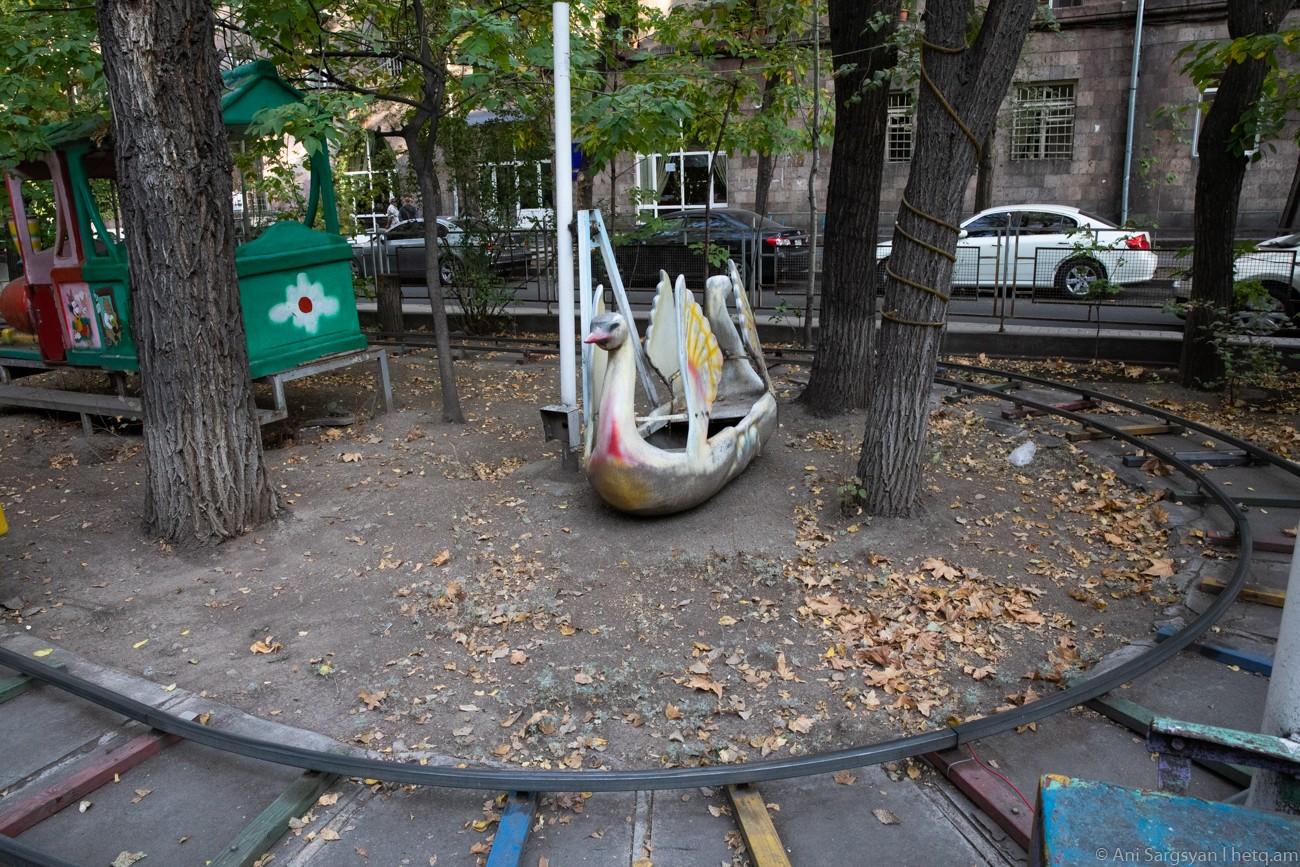 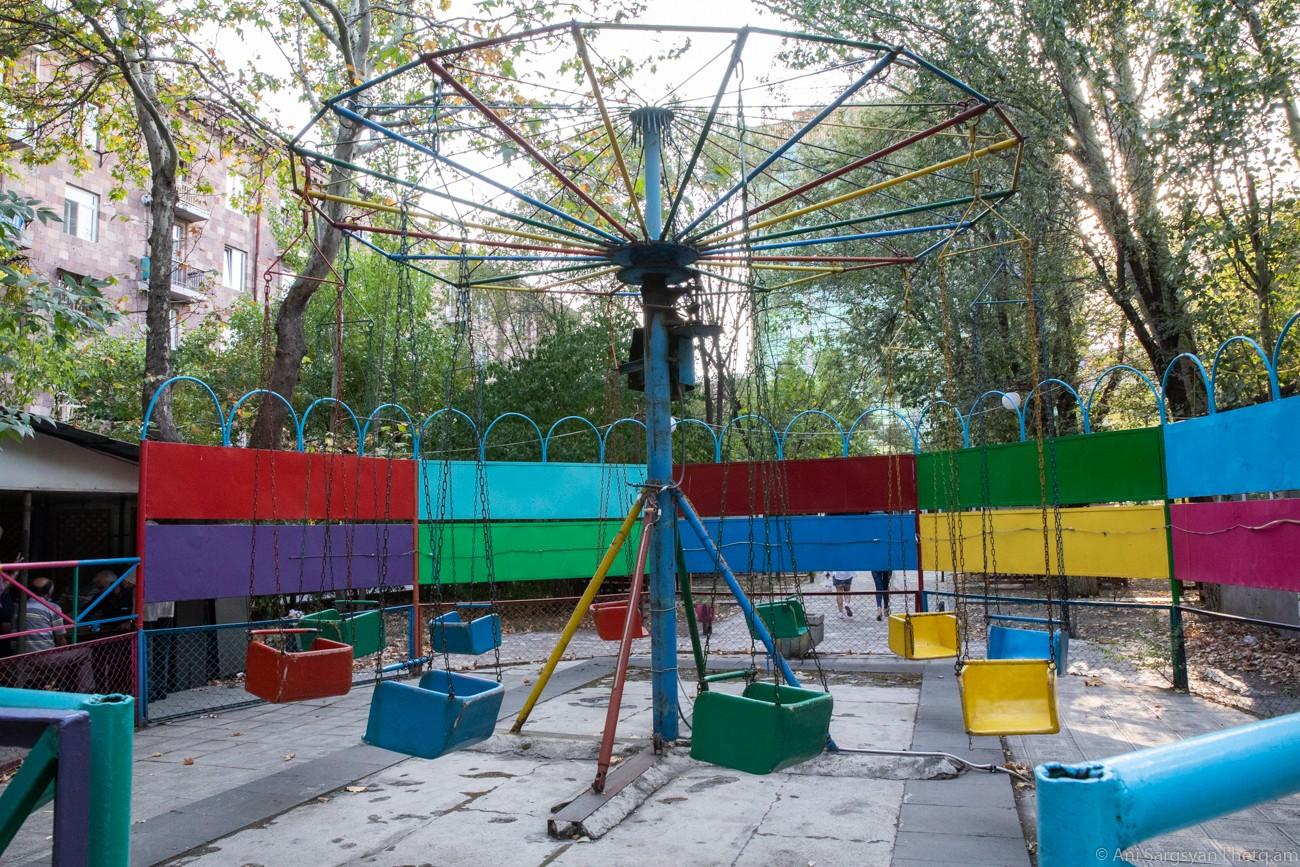 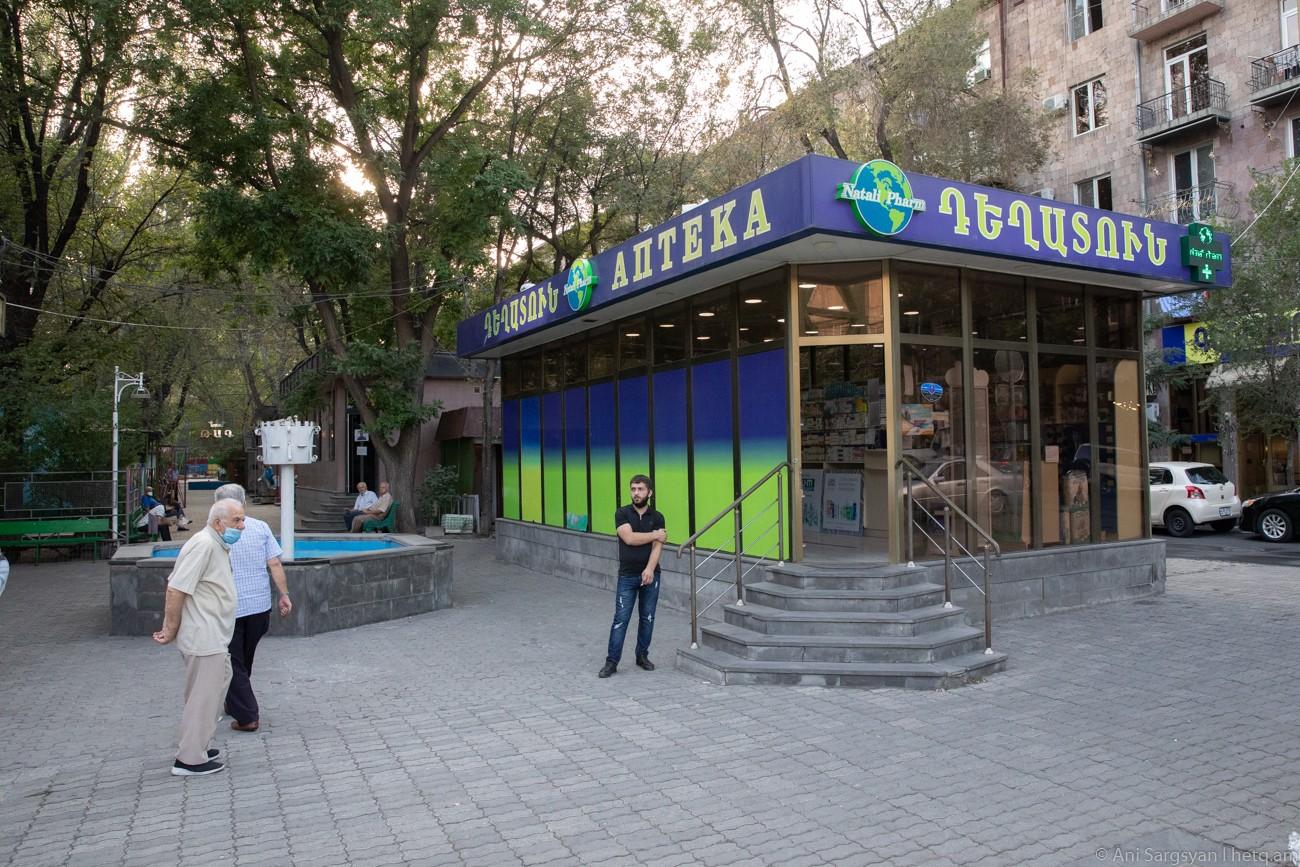 Arabkir Administrative District Head Aram Danielyan says that Artsakh-91 was told a year and a half ago that its lease will not be renewed. Danielyan says the business was thus notified to allow it to make any future plans.

When asked, Danielyan could not say if the lease with Ruzanna Shahverdyan would be renewed in 2026.

The Arabkir municipal official did say his office plans to improve conditions in the park but could not provide specifics.

Photos and video by Ani Sargsyan