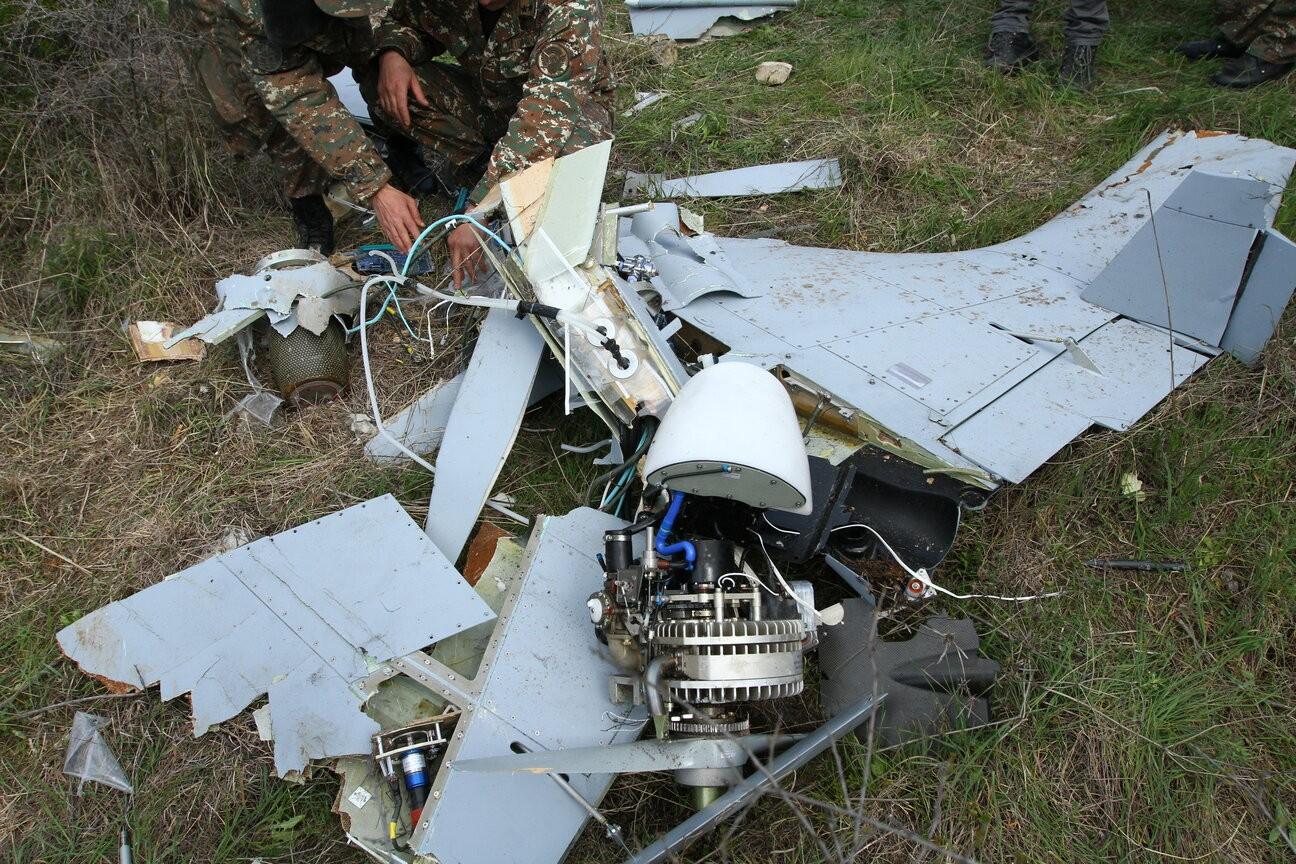 Israeli Drones in the Skies Over Nagorno Karabakh

The “All Seeing Eye” from Above

We are waiting for permission to go to the frontline.

An artillery battle is underway. They strike from both sides for several hours almost non-stop.

In this war too, the artillery was the main weapon. And the enemy is looking everywhere for their locations to strike. Our positions are also constantly on the move. I sit in the car and wait. I try to describe the sound of the drone, but I can’t.

For seven days I’ve heard the drone’s sound in different settlements of the Nagorno Karabakh Republic, in different parts of the line of contact. But now I try to describe the sound of the drone sitting in the car, but it does not work. It is a bit like a bee buzzing, but it is an intelligence gatherer. It cares about nothing. It has nothing to lose. It respects no rules. It destroys the chosen target at the cost of its own life.

The “eye” looking down from above, the drone, sees everything on the ground, draws all the details and transmits them to the control center. This data is then analyzed, becoming tactical coordinates.

In a southern stretch, near our positions, such a drone was hovering above us. We could all see. It was as if it was standing still and buzzing. It was calm, probably observing that there were no suitable weapons below to hit him. A group of volunteers started firing at the drone. It tilted slightly to one side and began to rise, then became invisible, but the sound was audible. There were two main players in this war in the first week: their drones and our artillery.

Israel and Turkey are the main suppliers of drones to Azerbaijan. One of the details of an Israeli drone shot down in the territory of the Nagorno Karabakh Republic reads "Made in Germany" (see photo). 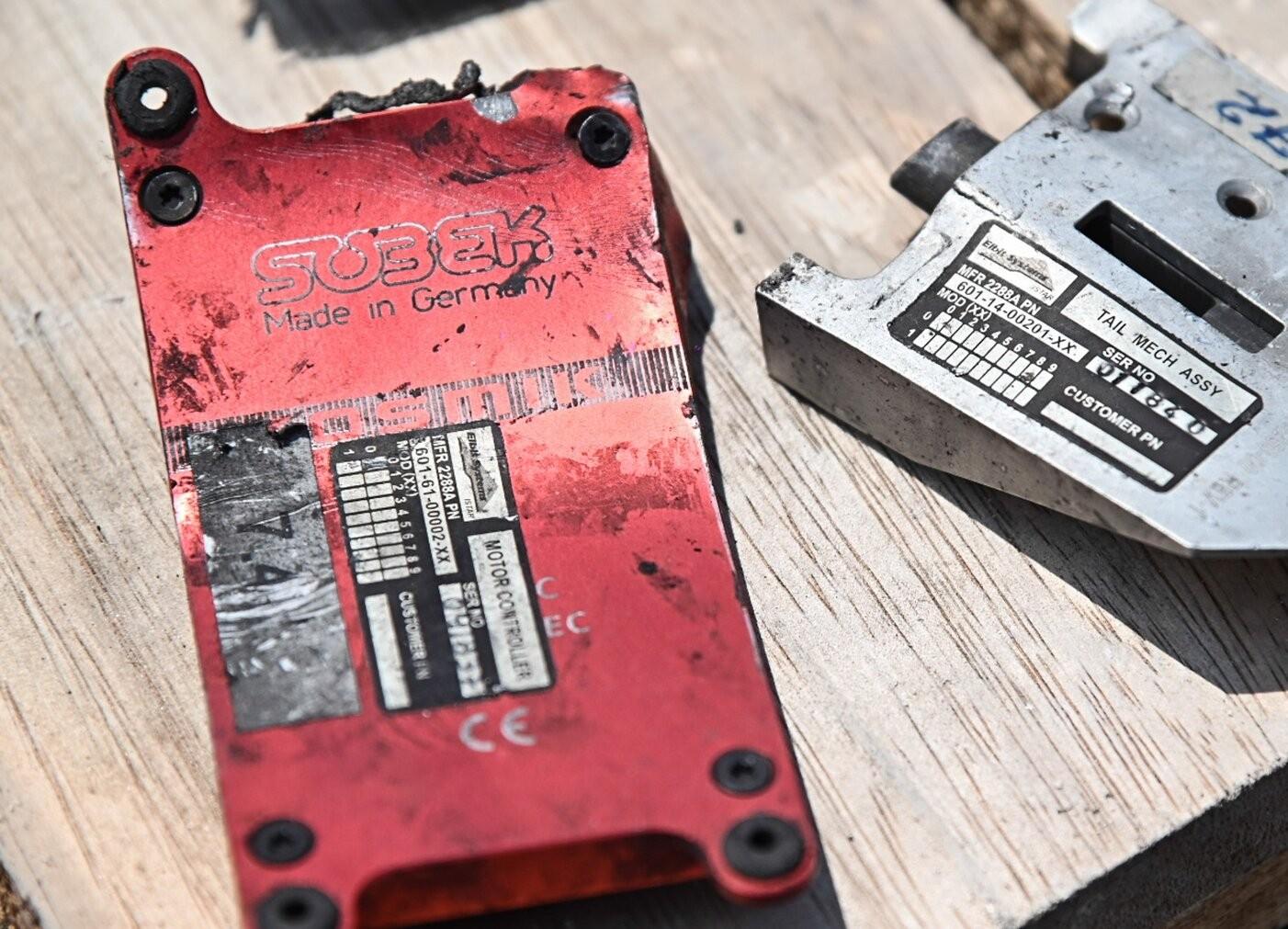 I urge my German counterparts to investigate how German-made parts, falling into the hands of Israeli private companies, have been used as deadly "kamikazes" to destroy civilian settlements and kill civilians.

Everyone is talking about Israeli drones here - the military, civilians. In the towns people know that after drones appear in the sky, they start shelling and rocketing these places with different weapons.

Buildings and infrastructure were destroyed in Stepanakert, Hadrut and Shushi. The Azerbaijani Armed Forces started using Israeli drones against the Nagorno Karabakh Republic in 2016, during the April attack.

"As a result of preventive measures taken by the Defense Army, twenty unmanned aerial vehicles were shut down from April 2 to April 30, 2016," NKR Defense Army spokesman Senor Hasratyan wrote on his Facebook page in June.

"We first shot down an Israeli drone in 2011. Over the past ten months, our armed forces have shot down three Israeli-made drones, two of which are Orbiter-3s and the last hit is an Orbiter-4," the NKR Defense Minister Jalal Harutyunyan said in an interview with Hetq in August. Jalal Harutyunyan.

To date, Armenia has not officially sent any protest note to Israel in this regard.

But on October 1, Armenian Foreign Ministry spokeswoman Anna Naghdalyan said that given the supply of weapons from Israel to Azerbaijan, Armenia had decided to recall Armenia's Ambassador to Israel Armen Smbatyan for consultations.

Smbatyan was appointed Armenia’s Ambassador to Israel in 2018. The Armenian Embassy in Tel Aviv started functioning at the end of this summer (before that the embassy was housed in Yerevan).

The embassy was officially supposed to open at the beginning of this year, but it was postponed due to the coronavirus epidemic and has not happened yet.