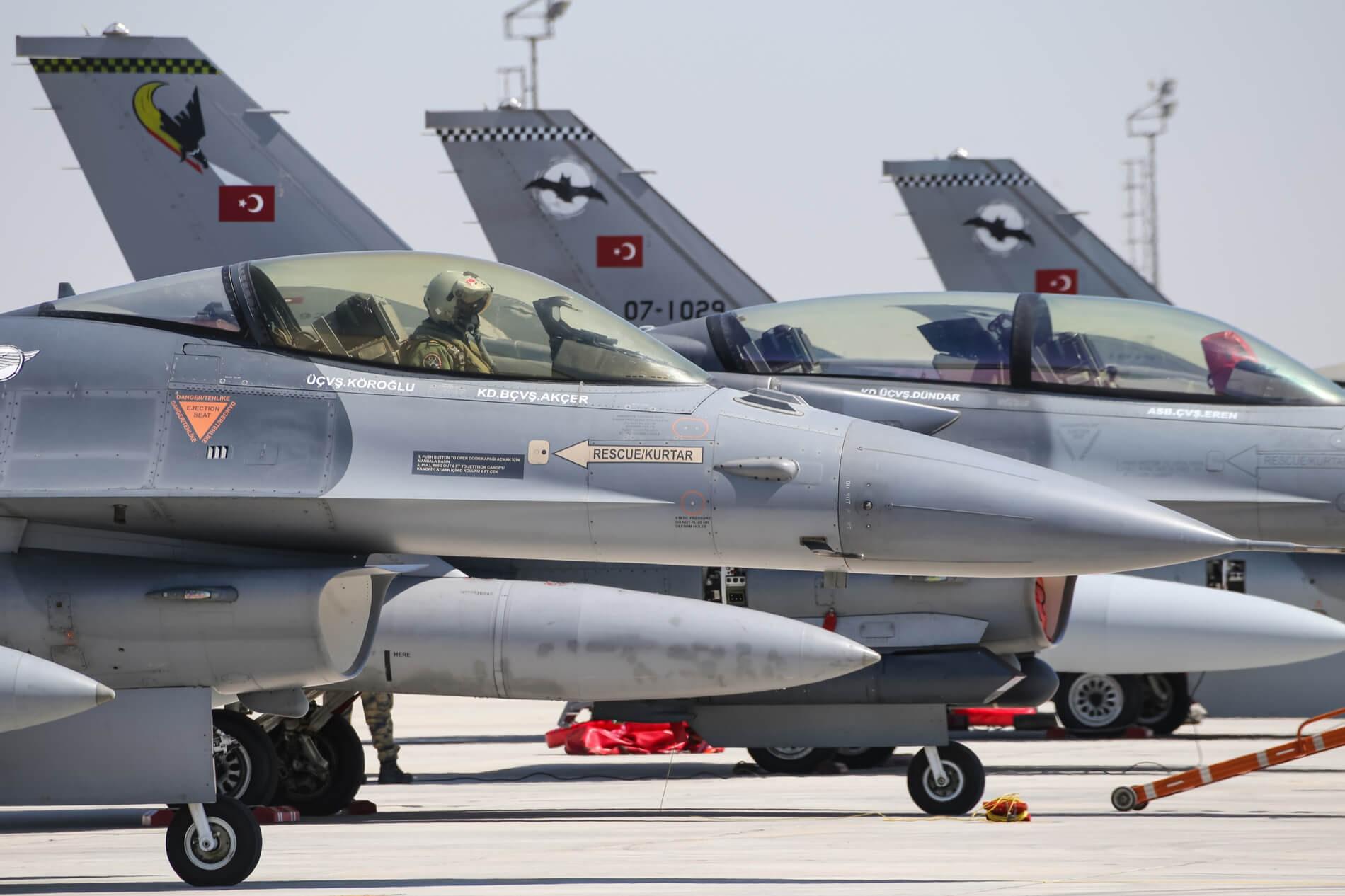 New York Times investigative journalist Christiaan Triebert writes in an Oct. 8 Twitter feed that an analysis of an Oct. 3 @planetlabs satellite image shows that there are at least two F-16s parked at Azerbaijan’s Ganja International Airport.

“The fighter jets are likely operated by the Turkish Air Force, alongside a possible CN-235 cargo aircraft. Here’s a short thread why.

“A satellite photo of Planet Labs shows that there are at least two F-16 fighter jets at the Ganja International Airport in Azerbaijan. "The fighters are probably registered in the balance of the Turkish Air Force.

“We compared the approximate measurements and visual characteristics (canard wings, color, etc.) with a variety of aircraft, including those operated by the Azerbaijani Air Force (MiG-21, MiG-29, Su-25, L-39). The Turkish-operated F-16 is the closest match.”