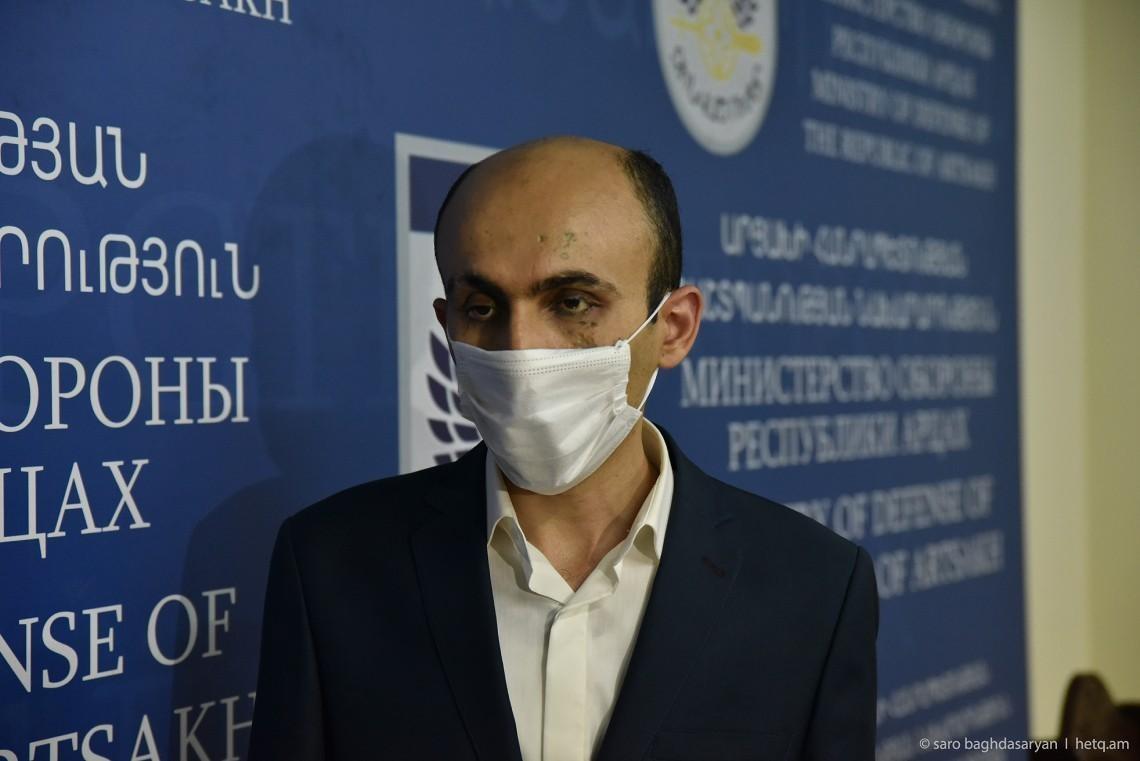 The Human Rights Ombudsman published the second interim report on the Azerbaijani atrocities against Artsakh population in English. The Report presents thorough research and analysis of the cases of criminal encroachments, committed by the Azerbaijani armed forces against the civilian population of Artsakh for the 27.09.2020-09.10.2020 time period.

A total of about 101 people were wounded, of which 81 received serious injuries. 68 of them are male and 13 are female citizens.

38 of the wounded were injured in the immediate result of a shell blast at or near their houses, 6 –while being transported to a relatively safe place, 11 – in the work place and 26 – in other public places.

According to verified data, in Stepanakert and adjacent to it places 34 civilians were wounded, in the town of Hadrut in Hadrut region – 3, in Taghaser village – 3, in Vardashat – 1, in Martuni regional center of Martuni region – 14, in Spitak Shen – 1, in Martakert town of Martakert region – 2, in the visinity of Maghavuz community – 6, in Nerkin Horatagh – 2, in Alashan – 3, in Mataghis – 1, in Karvachar town of Shahumyan region – 2 persons, in Shushi town – 3 persons, in Askeran town of Askeran region – 1 person, in Aygestan village – 2 persons, in Hochants village of Kashatagh region – 3 persons.

Since September 27, the Azerbaijani armed forces have targeted more than 120 civilian settlements in the Republic of Artsakh. As a result, numerous infrastructure, public and private property damages have been recorded. In particular, based on preliminary data, more than 5800 immovable private property (residential houses, shops, etc.), more than 520 cars, about 960 infrastructural, public and industrial facilities were seriously damaged.

The Report also stresses that the casualties and injuries have been recorded because of the use by Azerbaijan prohibited weaponry and methods. Azerbaijan is using heavy and wide-range missiles and aircraft against civilian population, some of which are of cluster munition type. In the mentioned time period, the Azerbaijani armed forces have deliberately and intentionally targeted vital infrastructure in Stepanakert and a number of other populated areas, which is a serious war crime that deepens the humanitarian crisis in Artsakh.

Find the details of the Report on the following link:

We remind that the Office of the Human Rights Ombudsman continues the fact-finding mission and the results will be regularly updated.