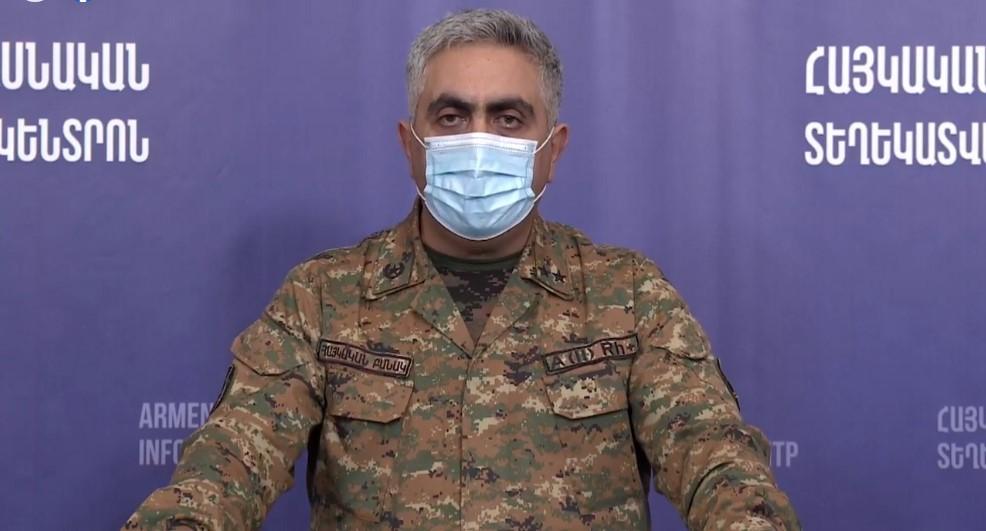 At a briefing today in Yerevan, Armenian Defense Ministry Special Representative Artsrun Hovhannisyan reported that fighting along the Artsakh-Azerbaijan border today was not as intensive as previous days but that battles continue along the length of the border.

Fighting in the south continued as well, moving closer to the Arax River. In several areas, Armenian forces stopped the enemy's attempts to advance.