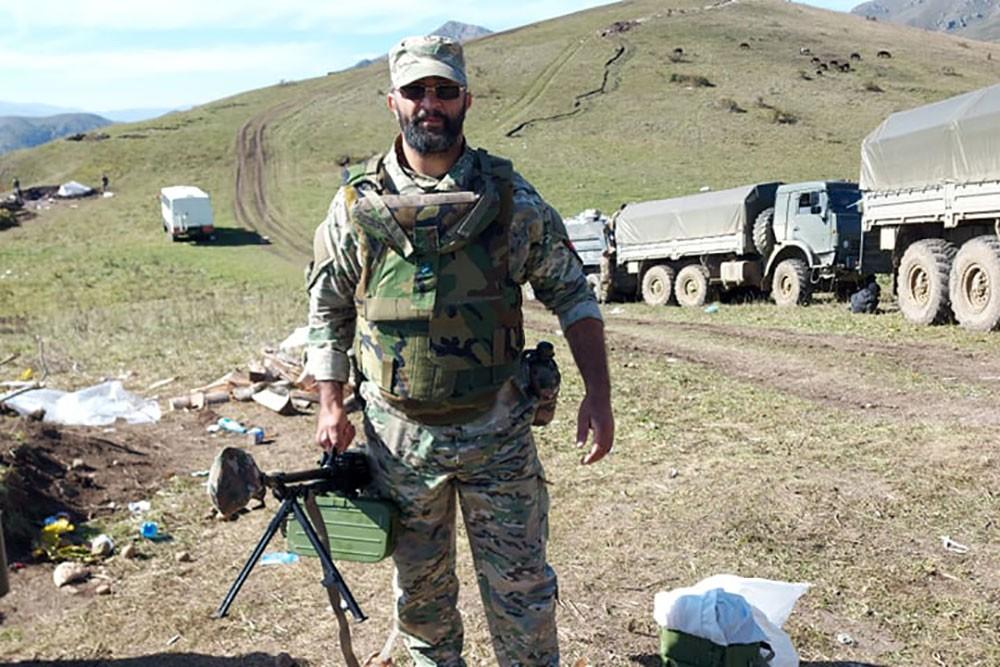 From Javakhk to Artsakh: Volunteering with the Black Panther Unit

Javakhk native Maxim Arzumanyan’s first visit to Artsakh took him to the frontline.

While he had heard and read his uncle's stories about the 1990s liberation war from an early age, he had never visited Artsakh before.

Arzumanyan closed his sports school in Ninotsminda twelve days ago and came to Armenia. He volunteered for the Black Panther unit, where his uncle Grigor Soghoyan volunteered to go to the frontline. The two first went to Karvatchar and then moved to Hadrut, in the south of Artsakh, with the same detachment. 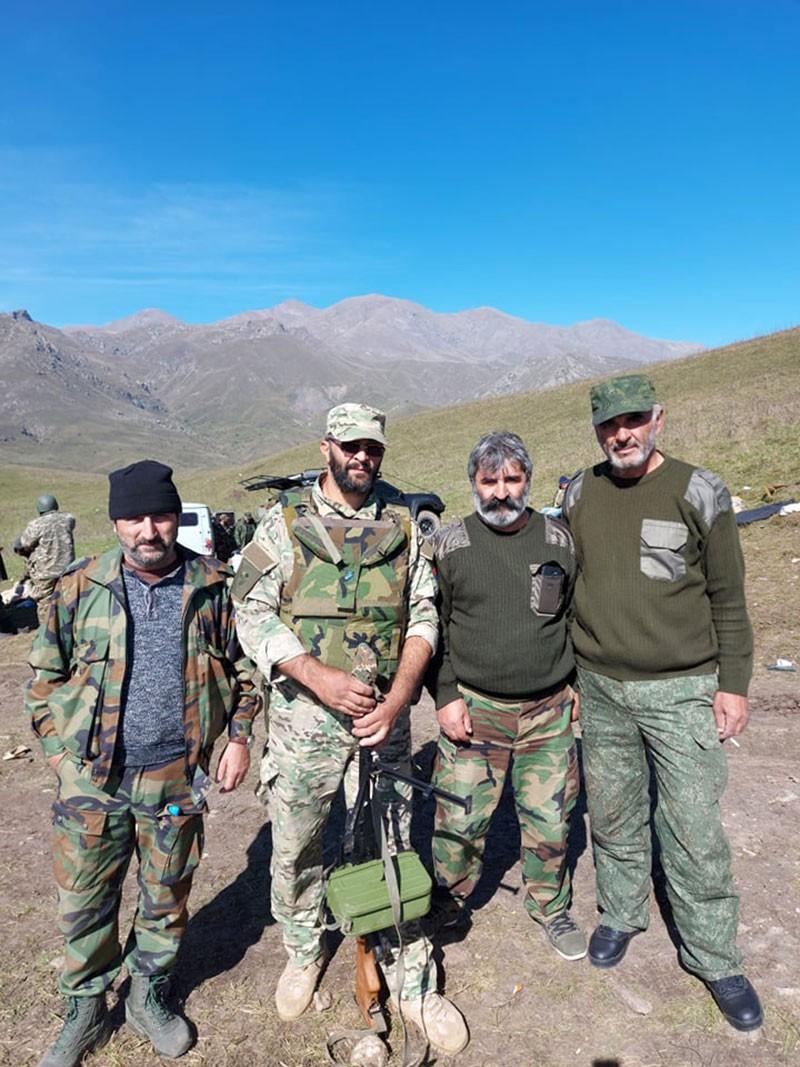 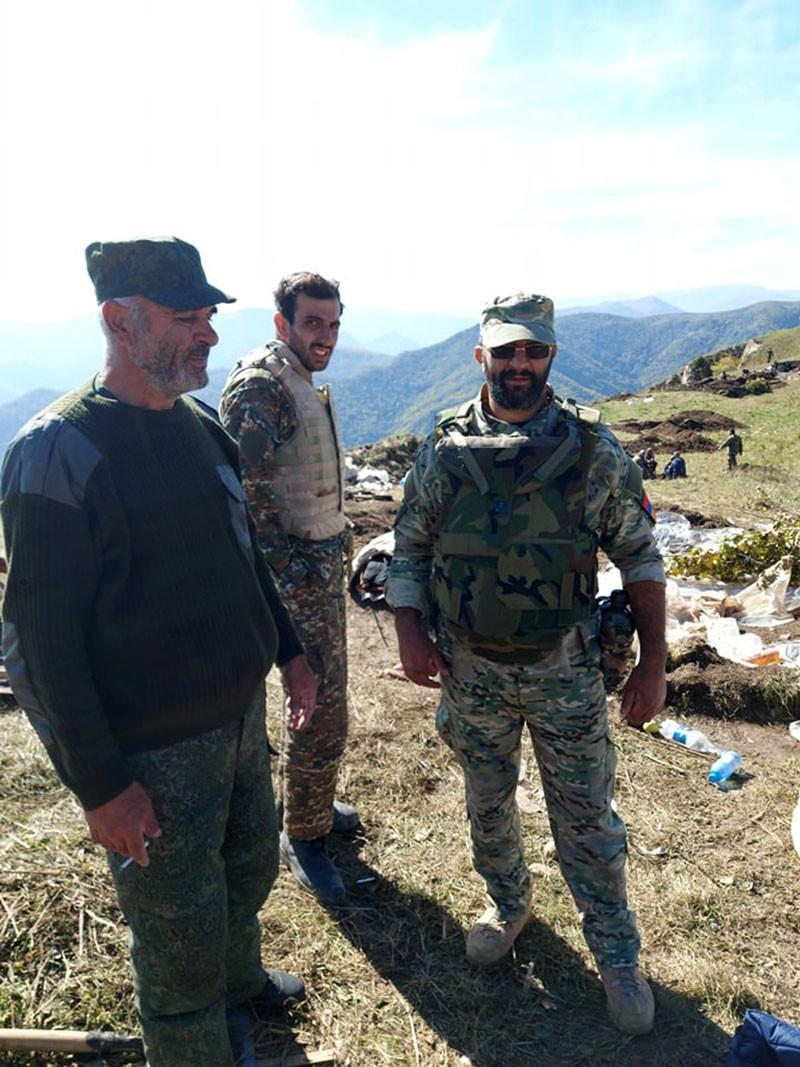 "There was nothing to decide or think about. It was in my blood. My uncle fought in the Artsakh War. We lived in a house in Ninotsminda until 1997-98. He lived upstairs, we lived downstairs. I grew up, I saw that all that. I saw guns. I do not want our nation, religion to be lost. The Turks have no right to destroy us,” says Arzumanyan.

After graduating from the Ninotsminda Secondary School in 1998-2002, Arzumanyan studied at the Bogdan Khmelnitsky National Academy of the State Border Service of Ukraine. Georgia had an agreement at that time, sending its citizens to Ukraine through an exchange program to study. He was one of the students in the exchange program.

After returning, Arzumanyan became a karate coach and opened his sports club – Club Max - in Ninotsminda three years ago. He purchased, renovated and furnished the property out of his own pocket so that the children of Javakhk could have the opportunity to train and learn different sports. 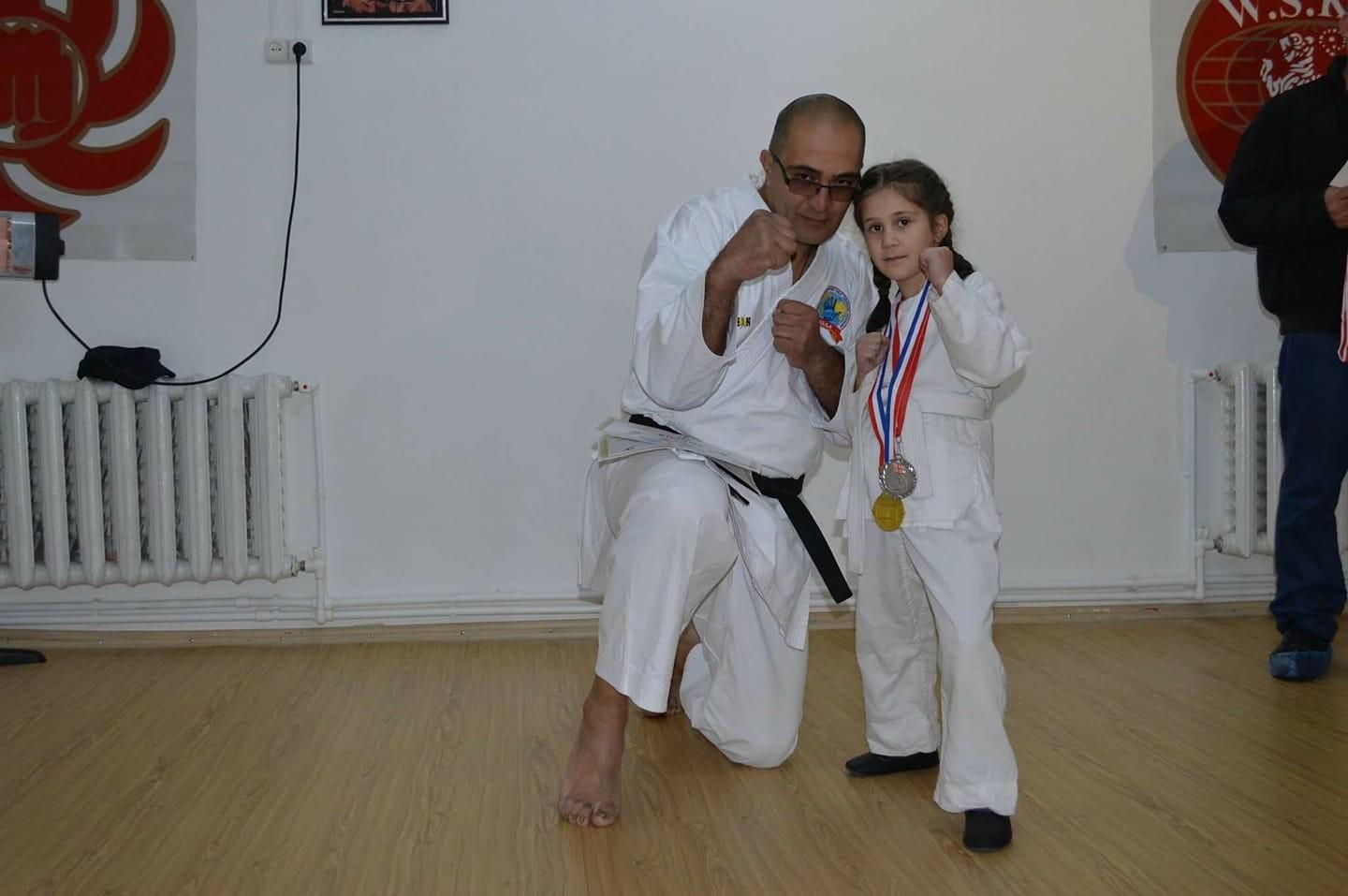 Arzumanyan and his medal winner students 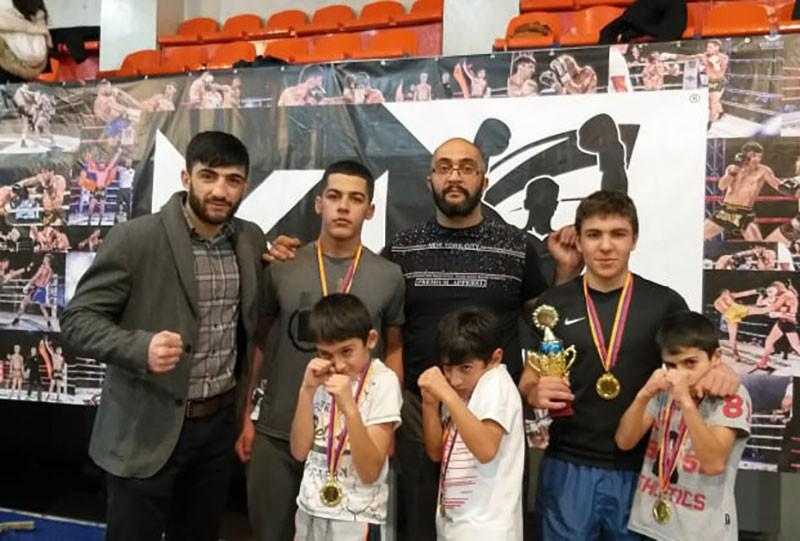 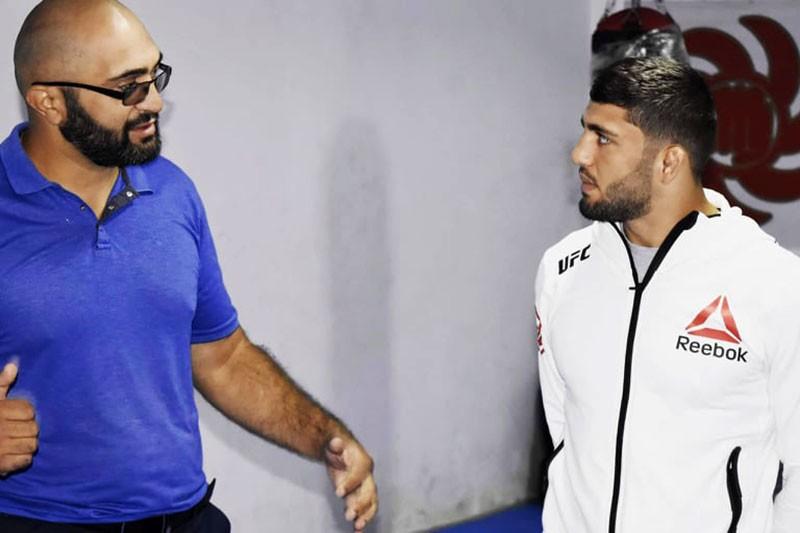 He didn’t have to undergo military training before volunteering because he had adequate experience. He also has Armenian citizenship, acquired in 2005. Without it, he could never have been drafted into the army. It’s the law in Armenia.

Arzumanyan returned to Yerevan from the Artsakh front a few days ago.  He came to say goodbye to Black Panther Commander Rustam Gasparyan and his son, both of whom recently died in the fighting.

Arzumanyan is silent about what he’s seen. He’d rather not talk about it. 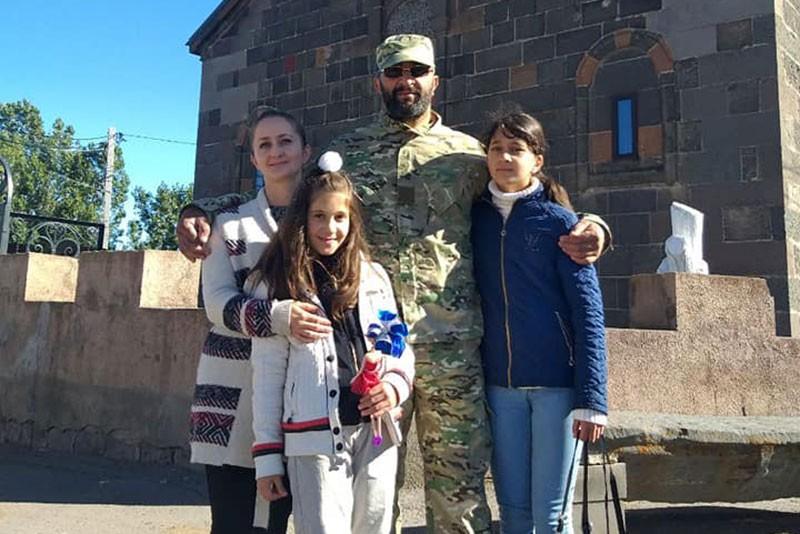 Maxim Arzumanyan and family on the day he left for Artsakh

His two daughter love sports as well. The older one is into boxing, and the younger practices karate.

Arzumanyan, who grew up without a father, was overcome with mixed emotions when his daughters told him a third child was on the way. He was in Artsakh at the time.

He’d never want to see his kids without a father, but he realizes there is much more work to do in Artsakh.

Photos from the Facebook pages of Maxim Arzumanyan and his wife, Yesenya Karslyan