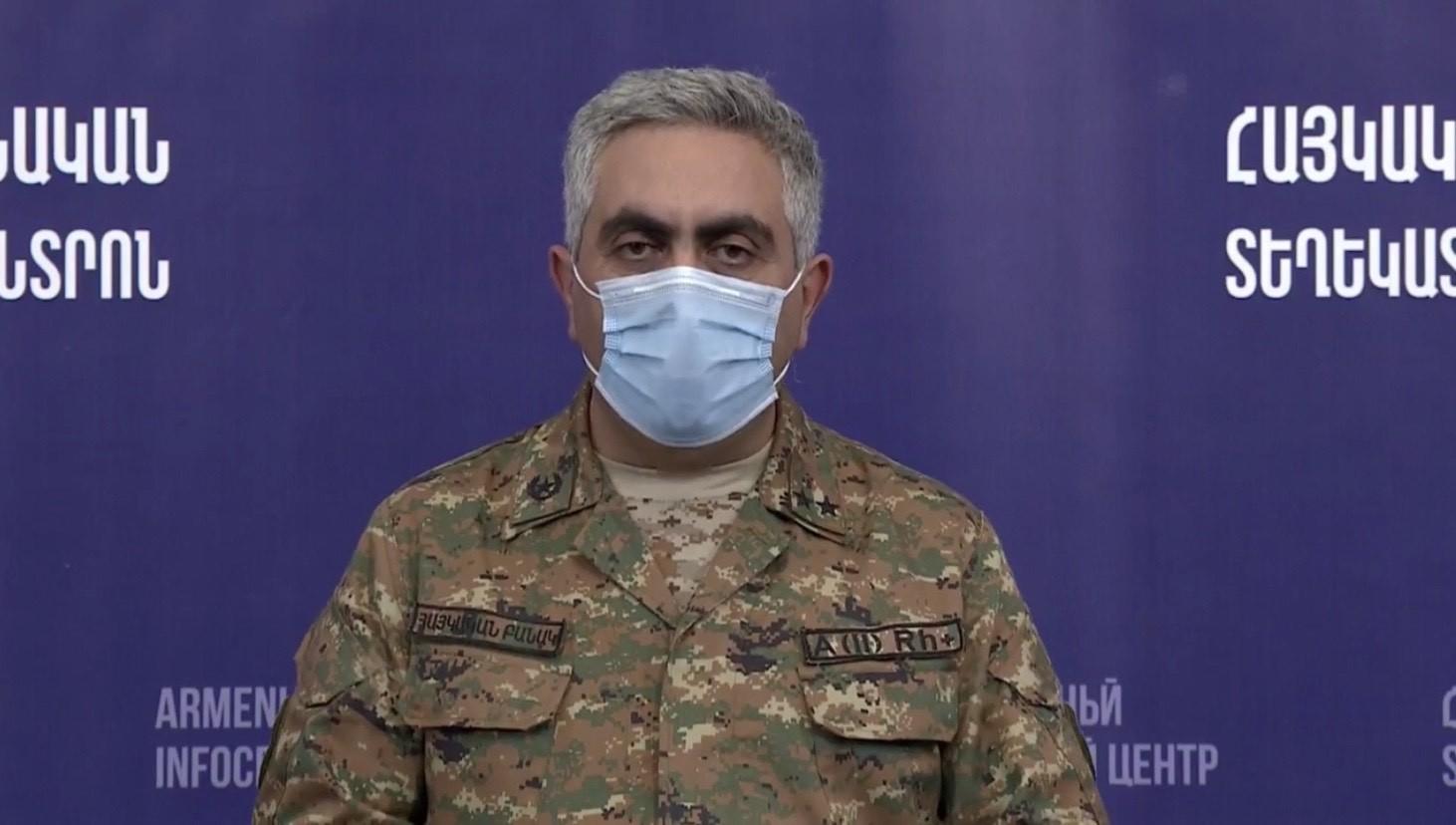 Armenian Defense Ministry: "Enemy has reached outskirts of Syunik, but situation is not disastrous"

“Early this morning,  Azerbaijani armed forces, together with various terrorist organizations, as well as units of the armed forces of other countries, launched a large-scale offensive in the south-eastern direction, simultaneously shelling and bombing towns in Artsakh,” Hovhannisyan said at today’s press briefing.

Hovhannisyan then said that Azerbaijani forces failed to break through the Artsakh Defense Army’s “frontline” but did not specify where that line is.

The ministry representative said that Artsakh army units are continuing to locate and destroy Azerbaijani subversive groups in the forest north of Hadrut.

“Yes, the enemy achieved success in certain areas. Yes, they approached the outskirts of Syunik, but the situation is not disastrous. I believe in the strength of the Armenian soldier. We must win, because this is a battle for our existence,” said Hovhannisyan.

john 2020-10-27 03:08:09
please Mr. Minister of defense, call for some AMERICAN PRIVATE ARMIES and pay them with the armenian fund ; these gays are very hard , welltrained fighters !