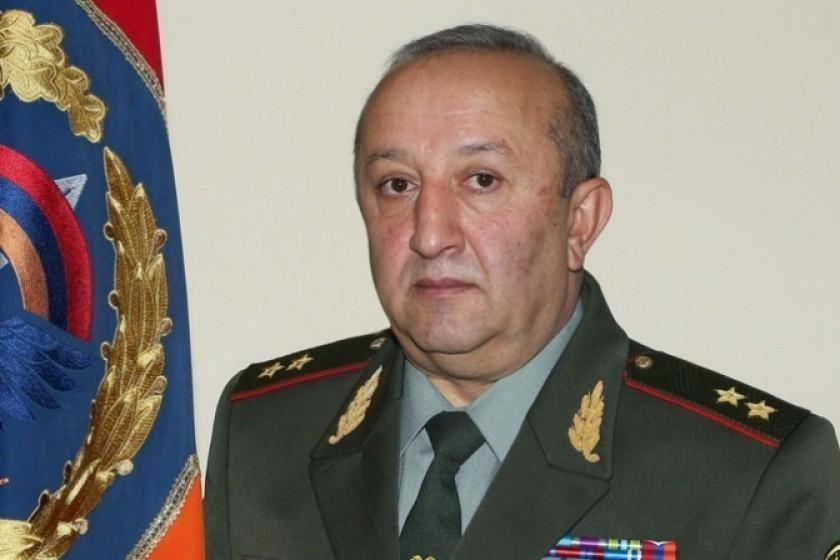 Former Artsakh Minister of Defense and former Chief of the General Staff of the RA Armed Forces, Colonel-General Movses Hakobyan today stated that the main reasons for Armenia's defeat in the recent Artsakh war were inadequate leadership, ignorance, and lack of the mastery of the art of war.

Yesterday, Hakobyan resigned from the post of Head of the Military Control Service of the Armenian Ministry of Defense.

Hakobyan, at a Yerevan press conference today, said that the army’s troubles began in the summer of 2018 when he was replaced by Artak Davtyan as Chief of the General Staff of the Armenian Armed Forces. This is after Nikol Pashinyan assumed the post of Armenia's Prime Minister.

Hakobyan said that Davtyan was the “most unprepared” general for the job.

The former official said the General Staff became top heavy at the expensive of tactical units on the ground.

Hakobyan also blamed the PM Pashinyan and the Minister of Defense for the shortage of manpower during the recent war.

"Our mobilization did not take place. The head of the country is responsible for it, along with the Minister of Defense, the Military Commissariat and the Minister of Territorial Administration, not the Chief of Staff. As of September 30, the plan to replenish the Artsakh Army was implemented by 78%, and that of Armenia by 52%. It should have been done within 40 hours, but it remained the same on the fifth day of the war,” said Hakobyan.

Hakobyan accused Pashinyan of halting the army’s recruitment process in favor of sending volunteers to the front line.

He said the volunteers were ill-equipped and encountered bureaucratic red tape upon arrival in Artsakh.

Hakobyan said that by the fifth day of the war some 1,500 Armenian soldiers and volunteers in Artsakh, who had returned from the front line because they weren’t prepared, were isolated and not allowed to return to Armenia and thus ignite panic.

(Movses Hakobyan served as Artsakh Minister of Defense from May 2007 – June 2015 and Chief of the General Staff of the Armenian Armed Forces from October 2016 - May 2018. Yesterday, he resigned from the post of Head of the Military Control Service of the Armenian Ministry of Defense, which he headed since November 19, 2019.)