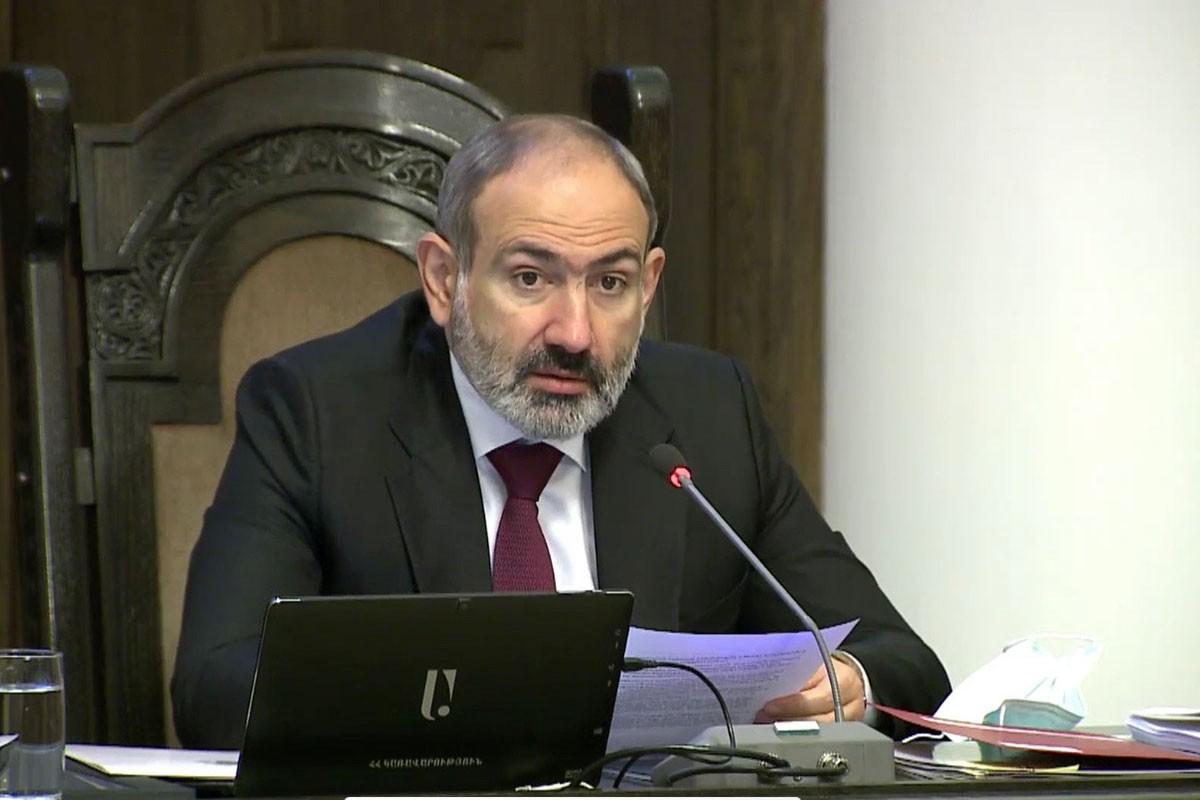 Armenian Prime Minister Nikol Pashinyan today convened the first cabinet session since the end of hostilities in Artsakh, again saying that he assumes full responsibility for the outcome of the war and its repercussions.

Many in Armenia have called for Pashinyan’s resignation after the military defeat and the loss of Artsakh lands to Azerbaijan.

After observing one minute of silence for the war victims, Pashinyan said he is also responsible for the future as well, an indirect reference to the fact that he’s asked for another six months in office to resolve the current crisis.

"I realize that I have the responsibility not only for what has happened so far, but also for further developments, for ensuring external and internal stability, for security, for the implementation of the roadmap I published on November 18, as an absolute priority. "All our efforts should be focused on solving this problem," said Pashinyan.

Pashinyan said the government will soon focus on the restoration of the war-affected settlements in Syunik and Gegharkunik and that the search for those who went missing during the war and the exchange of POWS remains a priority.

He said that the reform process must continue and be expanded to “meet the new challenges that have emerged.”

Pashinyan concluded by saying that the people must be told the truth regarding the war and related topics.