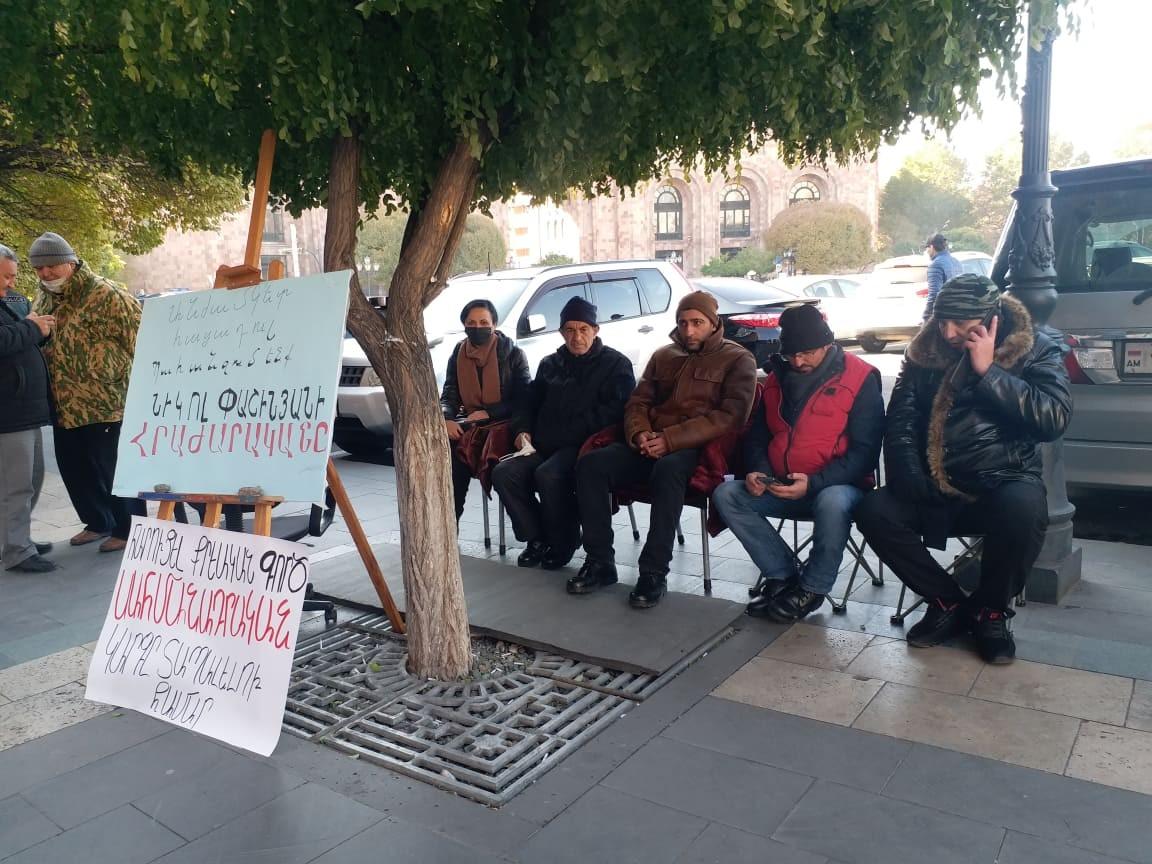 Five individuals sit on chairs outside the Government Building in Yerevan.

An ambulance dispatched by the Ministry of Health stops by every morning to check on them. 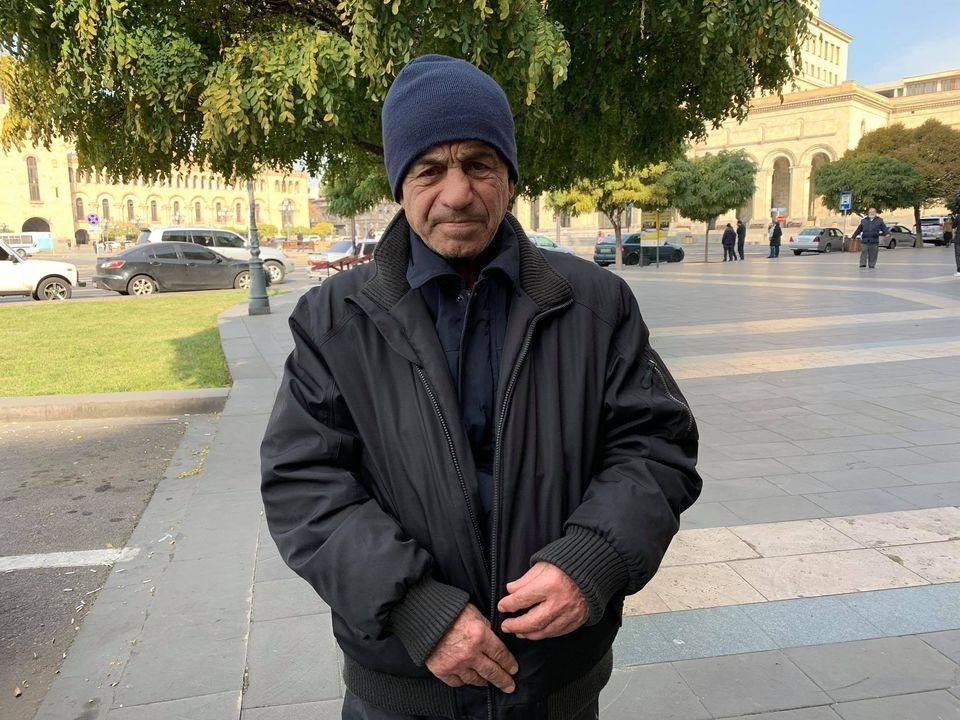 Former Armenian Constitutional Court judge Kim Balayan declared his hunger strike on November 23. Doctors told the 73-year-old that his blood sugar was a bit high and he should reconsider his decision not to eat.

“It’s natural that the doctors should advise me so. I feel good doing something to solve a national issue. But my health isn’t great,” Balayan says, adding that he’ll probably continue his hunger strike. TV personality and Armenian Revolutionary Federation-Dashnaktsutyun member Gegham Manukyan was the first to go on hunger strike on November 22. He says there’s no going back.

He pointed to reports that Azerbaijani troops had crossed into Armenia’s Gegharkunik Province from the region of Karvatchar. (The Deputy Chief of Staff of the Armenian Armed Forces has denied the allegation-ed)

Manukyan says that the most difficult thing he faces is seeing the parents of soldiers missing in action gather outside the Government Building demanding news about their loved ones.

Manukyan says he remembers standing in Yerevan’s Liberty Square as a young boy in 1988, during the early days of the Artsakh movement and that he is proud of the Armenian tricolor and it saddens him to no end to see the country and government in such a state of confusion and despair.

The most painful pill to swallow for Manukyan is the fact that Pashinyan, as the guarantor of the security of the people of Armenia, signed the November 9 truce without raising the issue of Armenian prisoners of war and the corpses of hundreds of soldiers

"And now, it is not our territory, it is directed through the Russians. Let Nikol Pashinyan go work at the Russian Embassy or let Putin give him a job. Let the people run the country normally," says Manukyan.

Manukyan says an elderly woman came by the other day and gave him four woolen caps. He was struck by her kindness.

“It turns out the woman and her granddaughter had been knitting hats for the soldiers all this time. I told her to take the caps to the ARF office for distribution to the soldiers.” 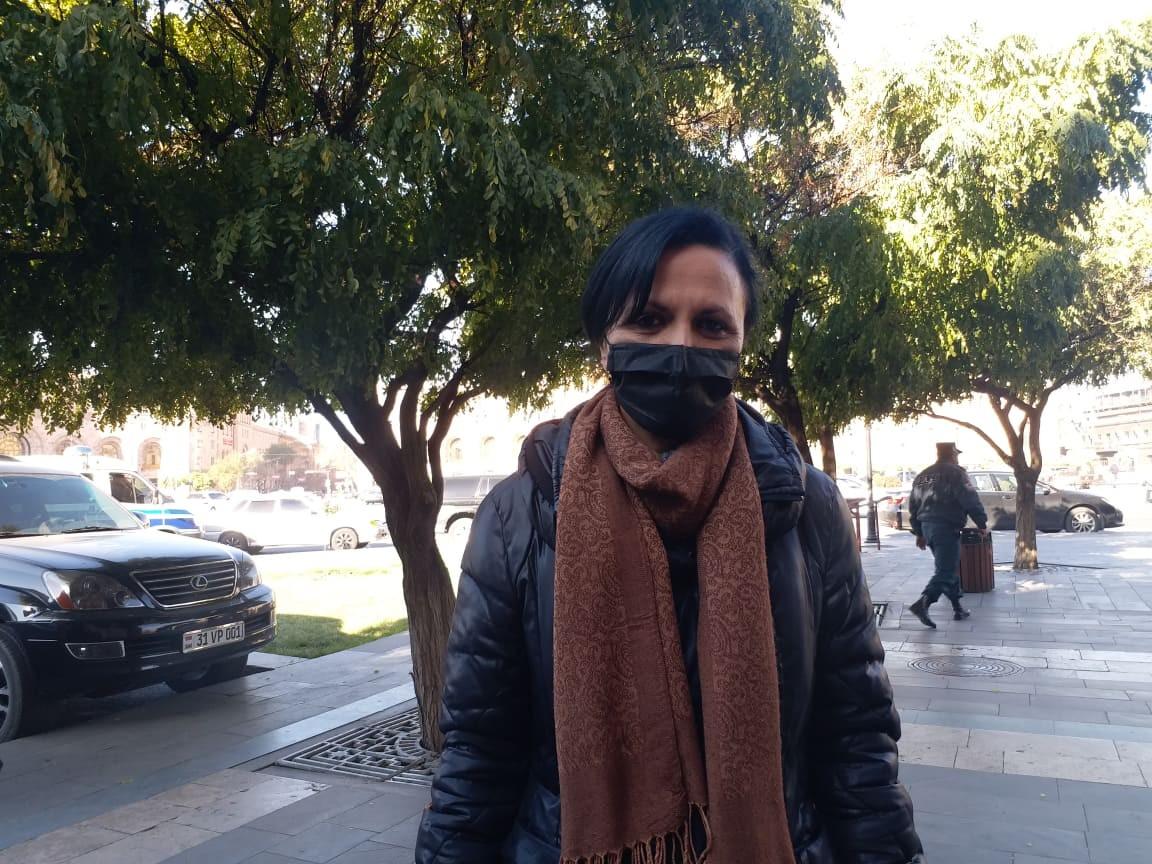 Anahit Kirakosyan, who has been on hunger strike since November 24, is the mother of soldier Andranik Hayrapetyan.

He was killed by an Azerbaijani sniper in 2008 while serving in Artsakh. Mrs. Kirakosyan says she knows how the relatives of the missing, captured and killed servicemen feel now.

He main objective is to find the captured and missing soldiers and return them to their families.

"One life is a big thing for us," says Mrs. Kirakosyan. She doesn’t feel all that well but wants to continue her strike. 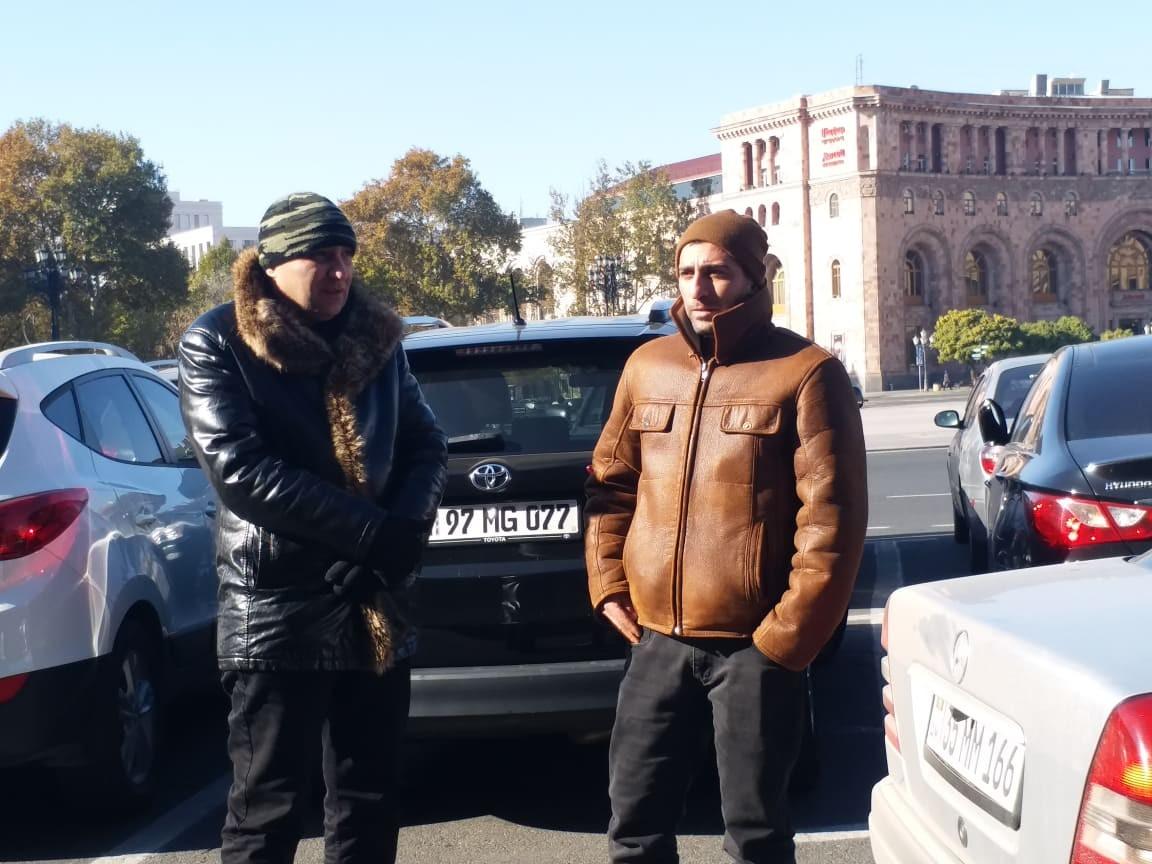 ARF member Garik Avetisyan, who went on hunger strike on November 22, says Pashinyan’s resignation is the only solution to the problems facing Armenia, adding that government officials are only interested in staying in power.

Avetisyan pointed out that people with issues related to the recent war are now lining up outside the Russian Embassy for answers and no longer trust the Pashinyan government.

Tigran Sukiasyan, who just joined the hunger strike, is a member of the Homeland Party.

He says his friends took a dim view of his decision to go on hunger strike because of the health risks.

"I am doing this of my own free will, as a citizen," Sukiasyan says, noting that Nikol Pashinyan's resignation is now the only way out of the tragic situation in Armenia and Artsakh.

"He should do the honorable thing and resign. We must form an interim government," says Sukiasyan.