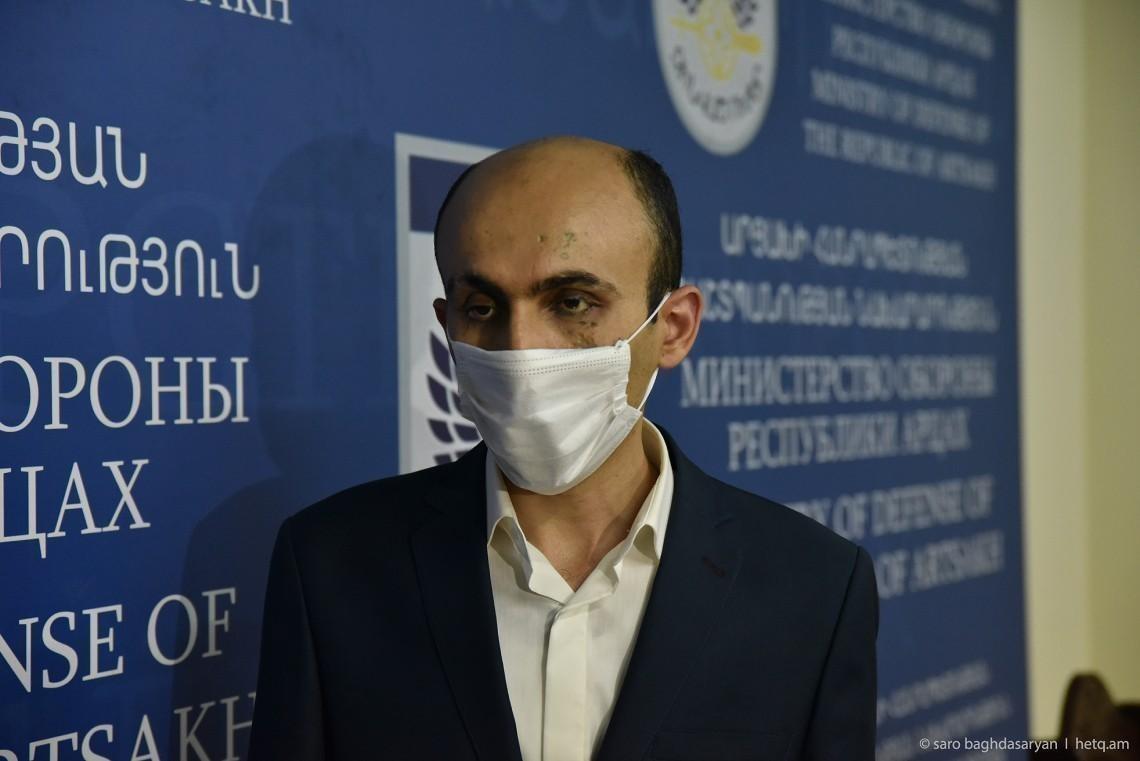 He accused Azerbaijan of manipulating the issue to increase, to the extent possible, tensions within Armenian society and to magnify the anguish of relatives.

Beglaryan admitted that the process of collecting data on the missing was rife with “systematic problems” right after the war ended but that these issues have gradually been resolved.

“Azerbaijan also has captives and missing people, the number of which is quite small, as the fighting took place in territories now under their control,” Harutyunyan told Hetq.

Beglaryan said that some 40,000 people have been left homeless due to the war.

He said that the Artsakh government is trying to allocate housing to those returning from Armenia, but that Artsakh’s housing stock is insufficient to meet the demand.

“I have heard of cases that a three-room apartment in Artsakh is available at a monthly rent of 150 or 180 thousand drams. The most important task is to coordinate the process so that the homeless now in Armenia receive assistance in Armenia before it is possible to provide adequate infrastructure in Artsakh and return them to Artsakh,” Beglaryan told Hetq.

He urged Artsakh government agencies to improve their outreach work with the populace, admitting that his government lacks the human resources to effectively manage the work that must be done to restore the country to some semblance of normality.

Beglaryan said that Artsakh now faces a myriad of short and long-term uncertainties, describing the first days following the November 10 truce as a crisis of governance and statehood.

“This crisis must be resolved quickly through effective crisis management steps,” Beglaryan said.

He called for a comprehensive review of past government failures and shortcomings and the drafting of a practical agenda to implement the necessary reforms.

“We learnt various lessons from the April War, but the recent war proved that those lessons weren’t sufficient. This is due to the shortcomings of governance systems, the underdevelopment of state institutions, the lack of human resources or poor management,” he said.