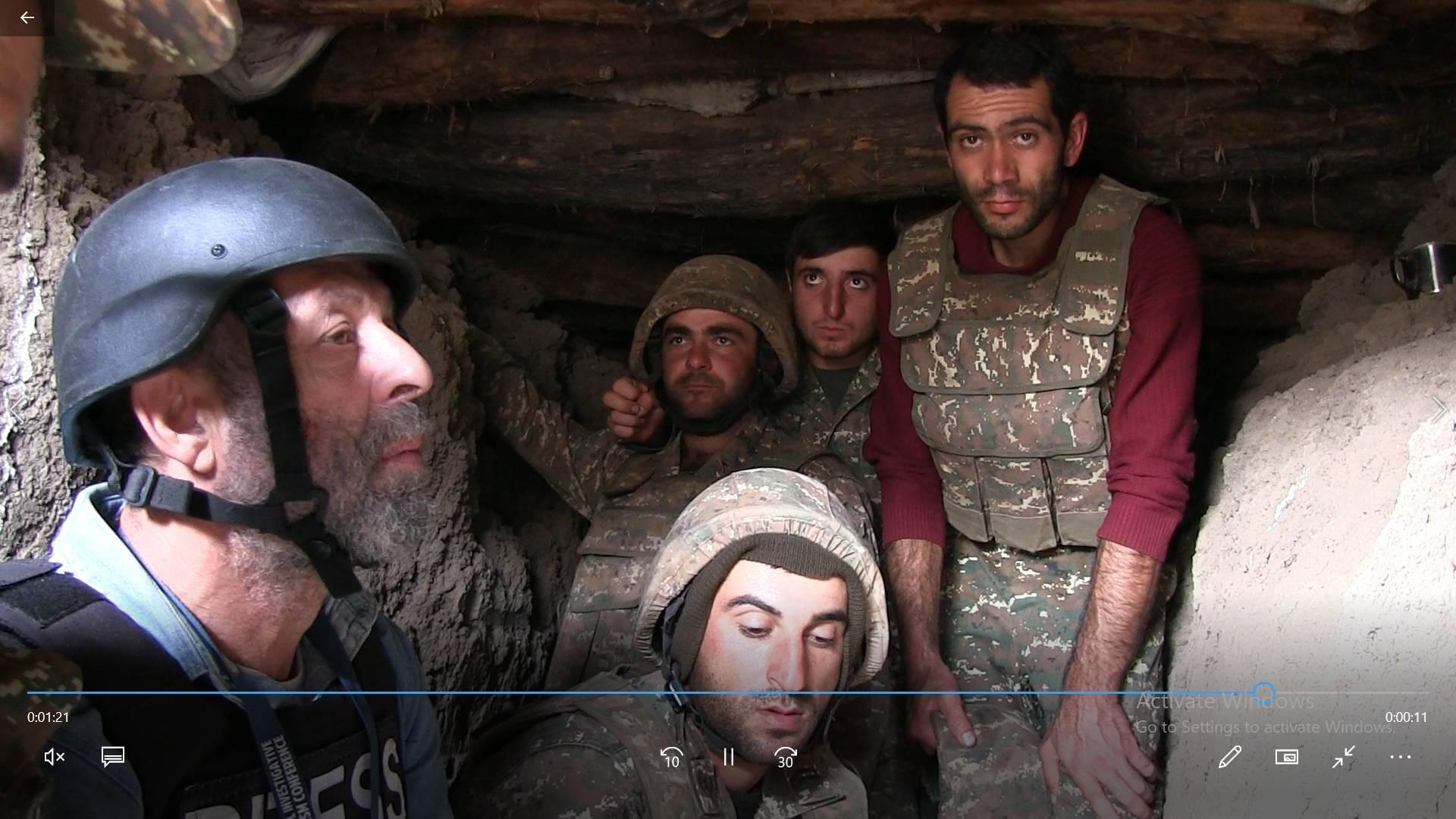 Fear Looking into the Eyes of Defeat

The guys who fought in the war say almost nothing.

In their place, there are countless others who will tell you different tales now and in the  future about the war.

Have you seen the conscripts, aged 18-20, say anything? They hardly speak. And do you know why? It’s because they cannot forget their dead friends. They feel guilty for their deaths. They rack their brains, thinking that they could have done something to prevent the death of their friends, of leaving their bodies behind on the battlefield. Believe me, they did everything. This feeling will haunt them the rest of their lives.

In Nabilar, near the village of Charislu, Artak, who manned the trenches for hours withstanding the enemy’s assault, sobbed saying that he could not remove his uncle's body because the wounded had to be removed. They were promised help, but it did not come. Their machine guns didn’t fire anymore. Those familiar with the terrain know that it was through this section that the Azerbaijanis set out on the road to Shushi.

I do not know why everyone hold the view that we were destined to lose the war.

To confirm my assertion, we must thoroughly investigate, in detail, each day of the 44-day of the war. Only then will we know if the army was in place, carrying out its tasks.

We do not know much about the pre-war period. It’s a separate topic that need to be studied to ascertain why we were confronted with the war so soon. Every action, the surrender of every position, village, city remains a story on its own. Each remains a riddle. And the failed action at the heights of Lele Tepe confirmed that Nikol Pashinyan left us no alternative. The wheel began turning towards Shushi, leaving thousands of victims in its wake. 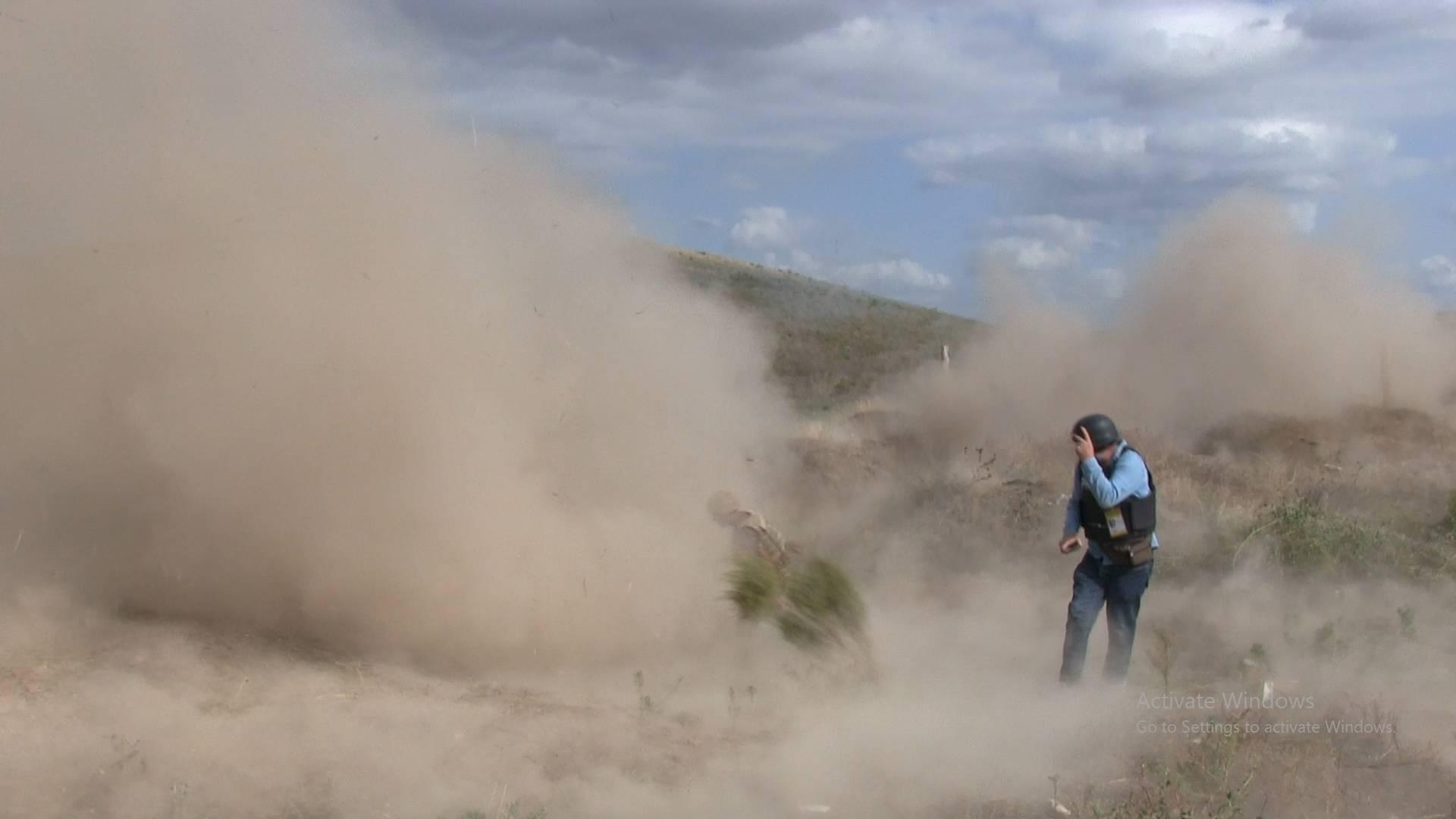 Today, I don’t have any desire to write or speak about what happened. I do not even know whether there will be such a time to do so. But when the commission of inquiry is set up, platoon, battalion, regiment will have to speak.

I have met and talked to many of them, wanting to know how we got into this cycle of defeat. Each meeting led to more questions, the answers to which I could not find at the time. I had cut myself off from Facebook and the Internet. My only information was from people. It turns out that the "war" was on Facebook, with the hashtag "we will win".

I did not follow the daily press briefings of Artsrun Hovhannisyan, the Armenian Defense Ministry’s Special Spokesperson during the war.

I knew from previous experience that his pronouncements needed to be verified.

Hovhannisyan received his instructions from David Tonoyan, Armenia’s Defense Minister during the war. The same “rapport” operated in the April 2016 War and in Tavush this year.

In this war, Tonoyan’s main function was stoking the propaganda machine. And do you know why? It’s because Tonoyan bever understood much about military affairs. His former and current colleagues can confirm this.

Tonoyan never took part in any action in the trenches. After the signing of the defeat document, he left, leaving the bodies of his soldiers in oblivion.

And we cannot look into the eyes of defeat.

George Boghozian 2020-12-15 05:23:18
In this war, Tonoyan’s main function was stoking the propaganda machine. And do you know why? It’s because Tonoyan bever understood much about military affairs. His former and current colleagues can confirm this. Tonoyan never took part in any action in the trenches. After the signing of the defeat document, he left, leaving the bodies of his soldiers in oblivion. Couldn't agree more! And I want to add that hollow rhetoric of Tonoyan: "new territories in the event of new war" (https://asbarez.com/178701/new-territories-in-the-event-of-new-war-says-defense-minister/) was the best Christmas Gift to Turkish-Azerbaijani alliance and a pretext for them to argue that if Armenia is unwilling to return our occupied territories, we are gonna get it back with force. And unfortunately they got that plus historic and strategic Shushi. Pashinyan has no other choice than resign, and STAND TRIAL along with his beloved ex defense minister for TREASON!
Bedros 2020-12-14 08:10:52
A thorough, independent, and objective investigation into what happened in this war is needed. However, I am continually surprised that Russia's responsibility for this war seems to rarely be discussed. Armenia has never betrayed Russia. But Russia has betrayed Armenia many times. That includes giving Armenian land to Azerbaijan and Turkey and never once acknowledgeing that. If Russia had the power to stop this war on November 10, it had the power to do it before September 27. Moreover, whatever trivial things Armenia may have done to "offend" Russia, it is a fact that Azerbaijan has been anti-Russian in many more ways during the last 30 years: Pipelines, not joining the CTSO and EEU, Western investment, Western military aid, and more.
Արարատ 2020-12-14 06:44:17
Էդիկ ջան, ահագին փակագծեր է բացում Սամվել Բաբայանը, կարծում եմ արժե կամ այս նյութը հրապարակել, կամ առանձին հարցազրույց վերցնել՝ https://m.youtube.com/watch?v=WxiUpjlFHyM
Dennis 2020-12-13 19:46:01
I still don’t understand why Armenia did not expand the war such as attempting to take the enclave on the Turkish border
Կարեն Մելիքյան 2020-12-13 04:45:18
Շնորհակալ եմ անկեղծ և անմիջական տողերի համար։ Հայտնի Իտալացի ժուռնալիստ և գրող, Օրիանա Ֆալաչին, իր գրքերից մեկի մեջ՝ "Նամակ հղված չծնված երեխային", հետևյալ տողերն է հնչեցնում, "Կյանքը պայքար է, զավակ։ Պատերազմ, որը ամեն օր վերականգնվում է, որտեղ ուրախության վարկյանները հայտնվում են կարճ փակագծերի ներքո, և մենք վճարում ենք շատ թանգ գին դրա համար"։