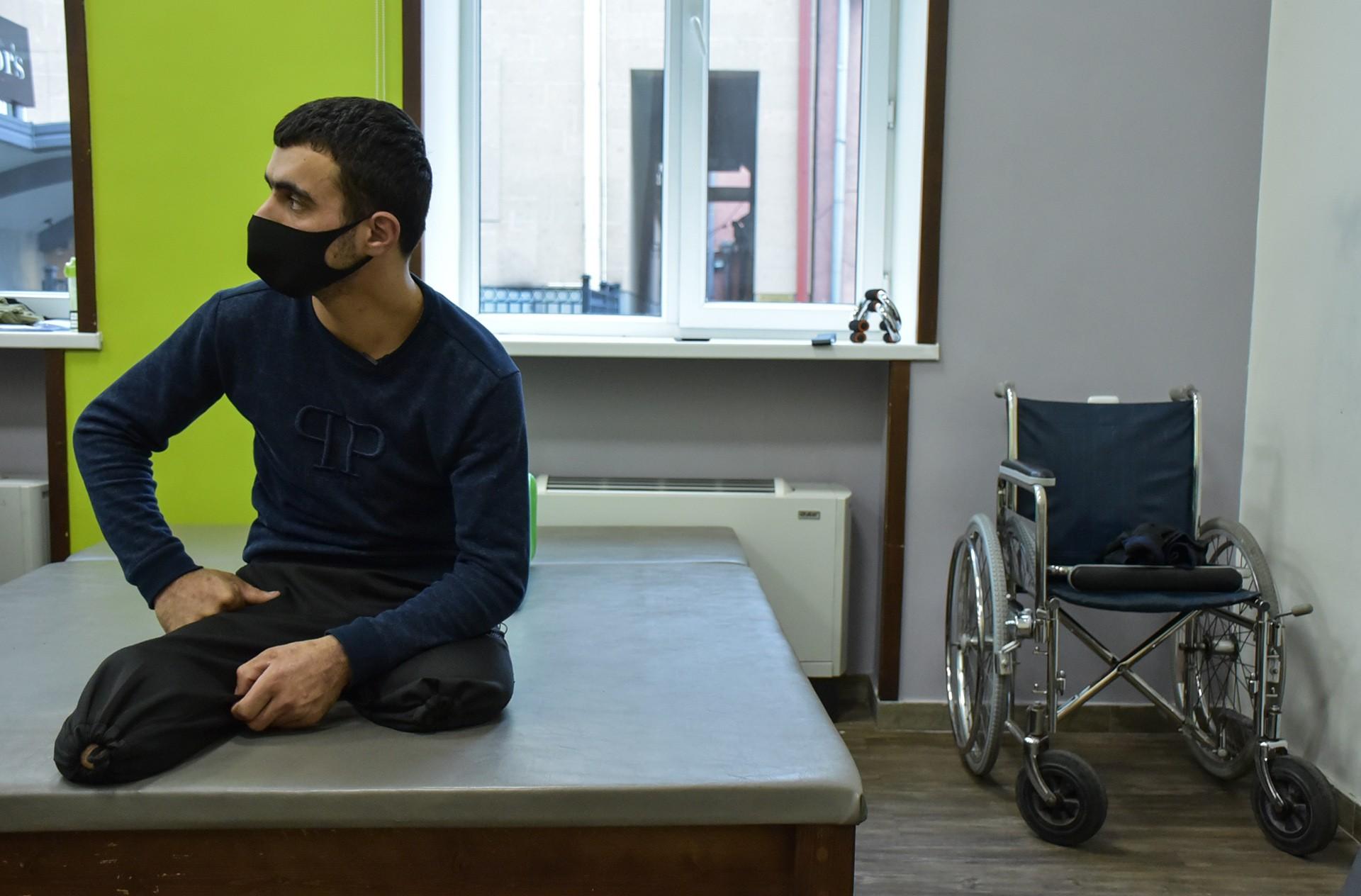 Shahen Babayan Wants to Get Back Up and Farm Again

Shahen Babayan, from the village of Yeghegnavan in Armenia’s Armavir Province, lost both his legs in the recent Artsakh war.

Babayan was wounded on October 28 in a rocket attack near the village of Kolkhozashen in Artsakh’s Martuni region.

"I did not feel pain when I got up later. I looked and I saw. That’s when it started to hurt," says Shahen.

Shahen likes farming and was planning to buy a tractor after getting out of the army. Before enlisting, he worked in agriculture and helped his parents. He does not want to leave the village.  He wants to get back out and work.

Shahen undergoes physiotherapy and acupuncture at Yerevan’s Defender of the Fatherland rehabilitation center. Soldiers disabled in the war will queue for prosthetics in January.

Vigen Virabyan, Shahen’s physiotherapist, says the young man has a strong will and is serious about regaining his mobility. Shahen diligently attends all his therapy classes.

Shahen is the youngest in the family. He has three sisters, all of whom are married.  Nona, one of the sisters, lives nearby. 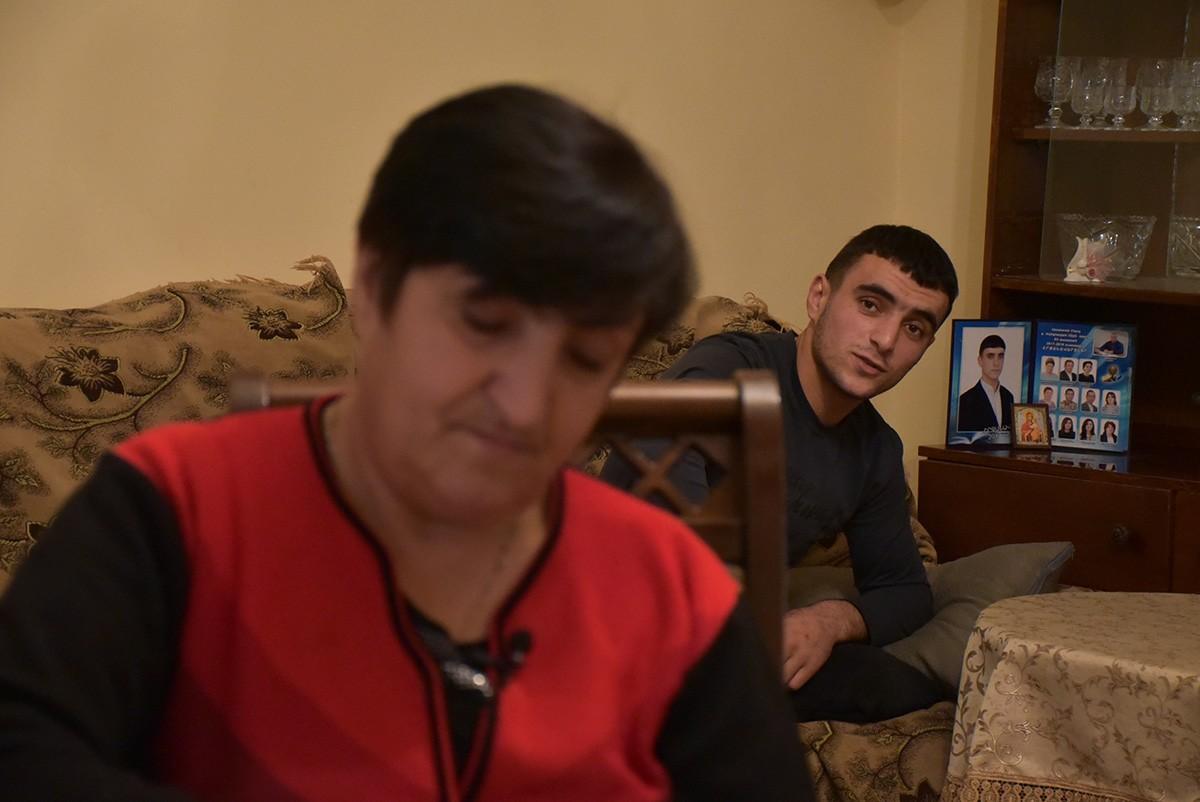 Shahen's mother, Angela Martirosyan, says that Nona's husband, Gevorg told her about her son being injured. At first, Mrs. Martirosyan did not know that her son’s two legs had been amputated. She was merely told that Shahen had been injured, but that his life was not in danger.  She says that, at the time, she gave thanks that he was alive.

Shahen constantly tries to move on his own, to get in and out of his wheelchair.

"Shahen is active. He needs prostheses that do not hinder his movement as much as possible. We do not know what prostheses the state will provide. But will he be able to work with a shovel, drive a car, do agricultural work? I do not know," says the mother.

I ask Angela what she wants. She says her wish is unrealistic. She wants the boy to be the way he was before the war.