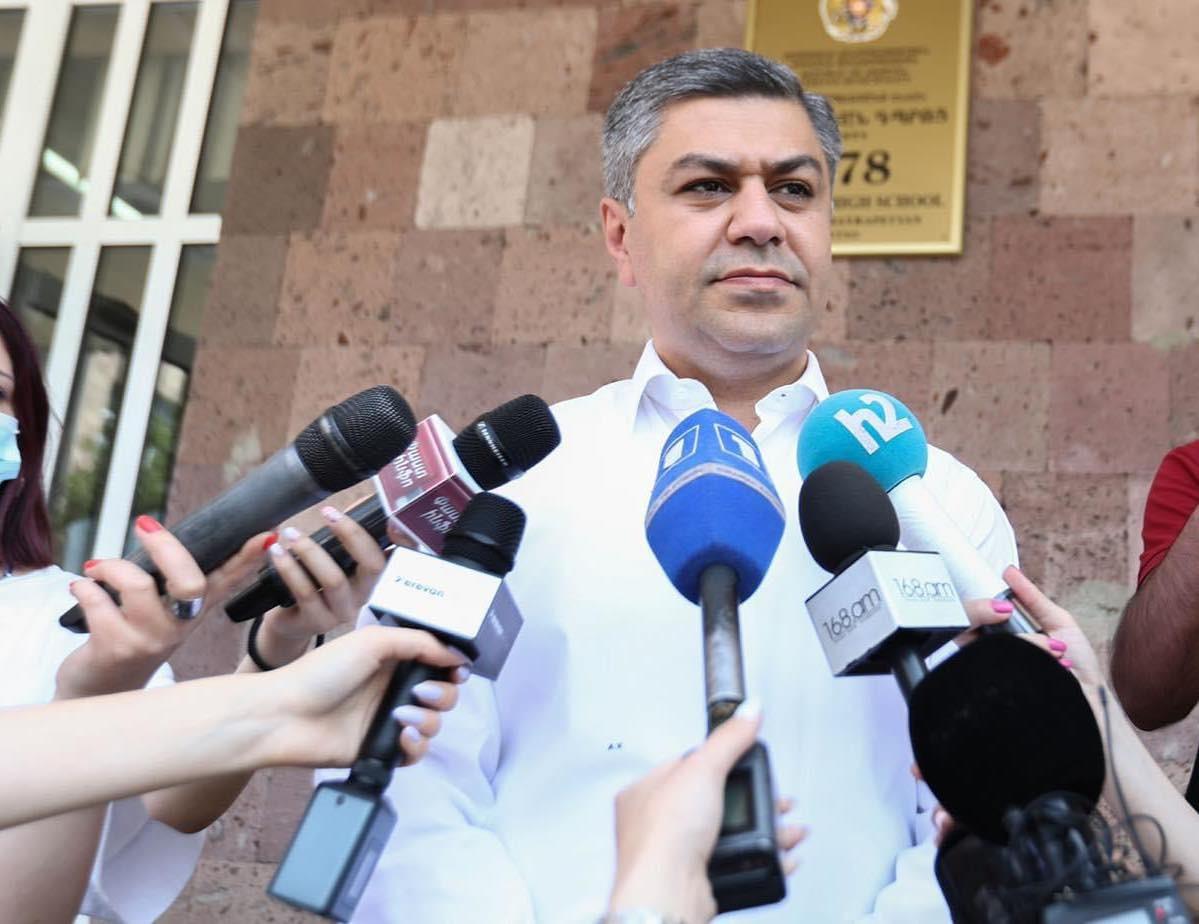 I Have Honor (Pativ Unem) bloc leader Artur Vanetsyan today told reporters that his team is collecting evidence of violations in Sunday’s snap parliamentary election and is discussing, with other political forces, whether to take the matter to the country’s Constitutional Court.

Vanetsyan said the bloc, which came in a distant third in the vote, will announce whether it accepts the election results only after the court issues a ruling.

He criticized the Pashinyan government for postponing the return of Armenian POWs until the election campaign was underway and thus garner last minute votes.

“You saw that during the last week of the election campaign Nikol Pashinyan returned a group of 15 prisoners on the condition of exchanging mine site maps,” Vanetsyan said.

He asked why Pashinyan waited so long to swap such maps for the return of Armenian detainees in Azerbaijan.

Vanetsyan, a former National Security Service director, said that if the bloc decides to take seats in the new parliament it will use all possible levers to resolve the POW issue and restore Armenia’s security network.