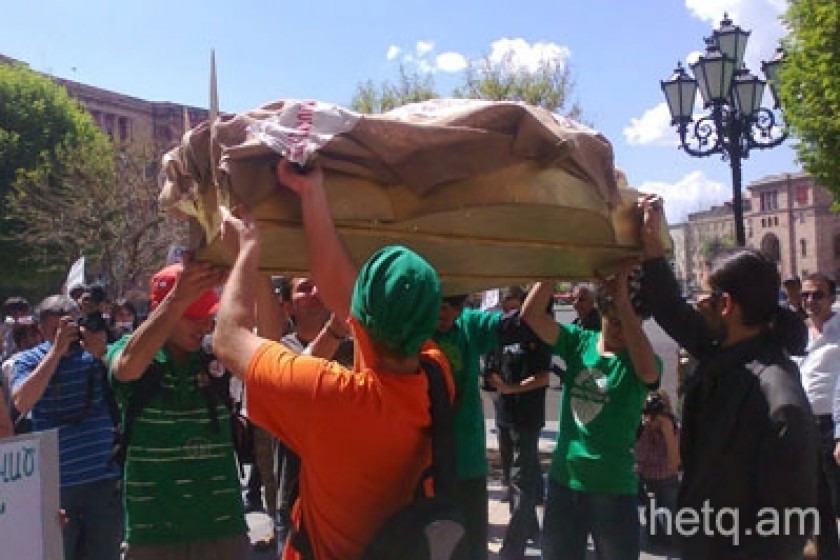 Effigy of Armenian "Oligarch" Paraded Through Yerevan in Mock Funeral

A group of civic activists paraded an effigy of an “oligarch” around the streets of downtown Yerevan yesterday in a mock funeral procession.

The procession proceeded from Mashtots Park to Opera Square and then down through Northern Avenue to Republic Square, eventually winding back at the park.

The coffin’ followed by around two hundred “mourners”   elicited curious glances from passersby out for a Sunday afternoon stroll. Many actually believed that the procession was for real and had to be convinced otherwise. A few even joined the march in support.

When asked who was being carried on the coffin, held aloft on the shoulders of the activists, the answer given was “Olik Garkhyan”; a play on the word oligarch.

Anahit Mousheghyan, one of the activists, said that the procession was symbolically not only burying the oligarchs of Armenia but the mentality of greed and injustice that they spawn.

The activists said that the high-rise buildings along Northern Avenue, the cafes that encircle the Opera and the commercial kiosks now illegally being constructed in Mashtots Park, are all symbols of the oligarchic system dominant in Armenia today. 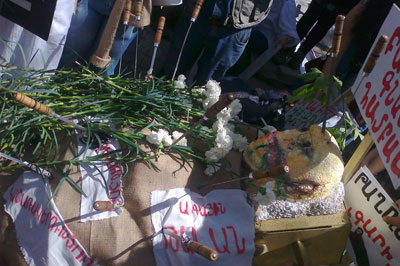 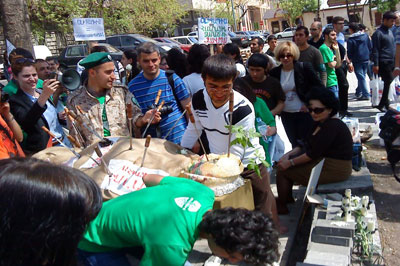 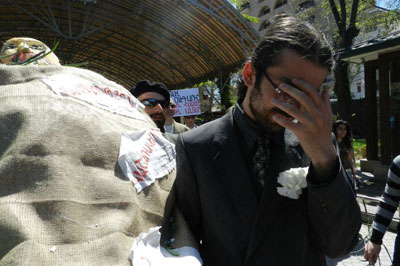 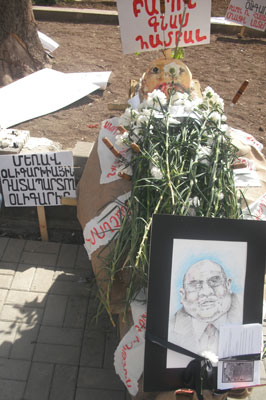