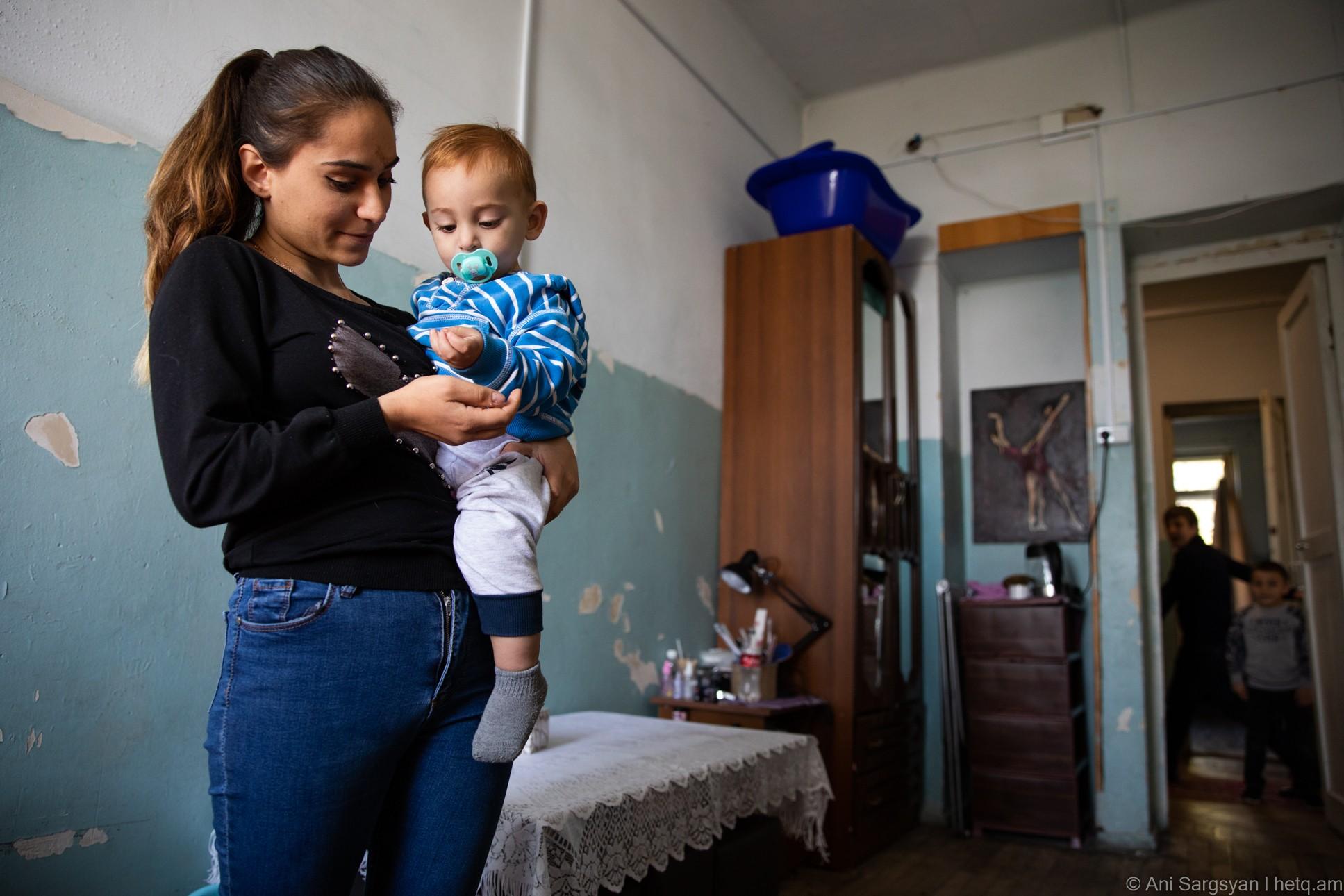 The families, from the town of Berdzor and neighboring villages in Artsakh’s Kashatagh District, have been living in Yerevan’s No.1 Pedagogical-Psychological Support Center for the past year.

The families told Hetq that Ministry of Labor and Social Affairs employees recently visited the center, telling them they must leave by October 20.

They have nowhere to go. Most are unemployed and can’t afford to rent an apartment.

Earlier, the Ministry of Labor and Social Affairs announced that the program to temporarily house displaced people from Artsakh had ended.

The Armenian government said a new program will allocate 50,000 drams ($105) monthly month for four 4 months, from September to December, to the displaced. 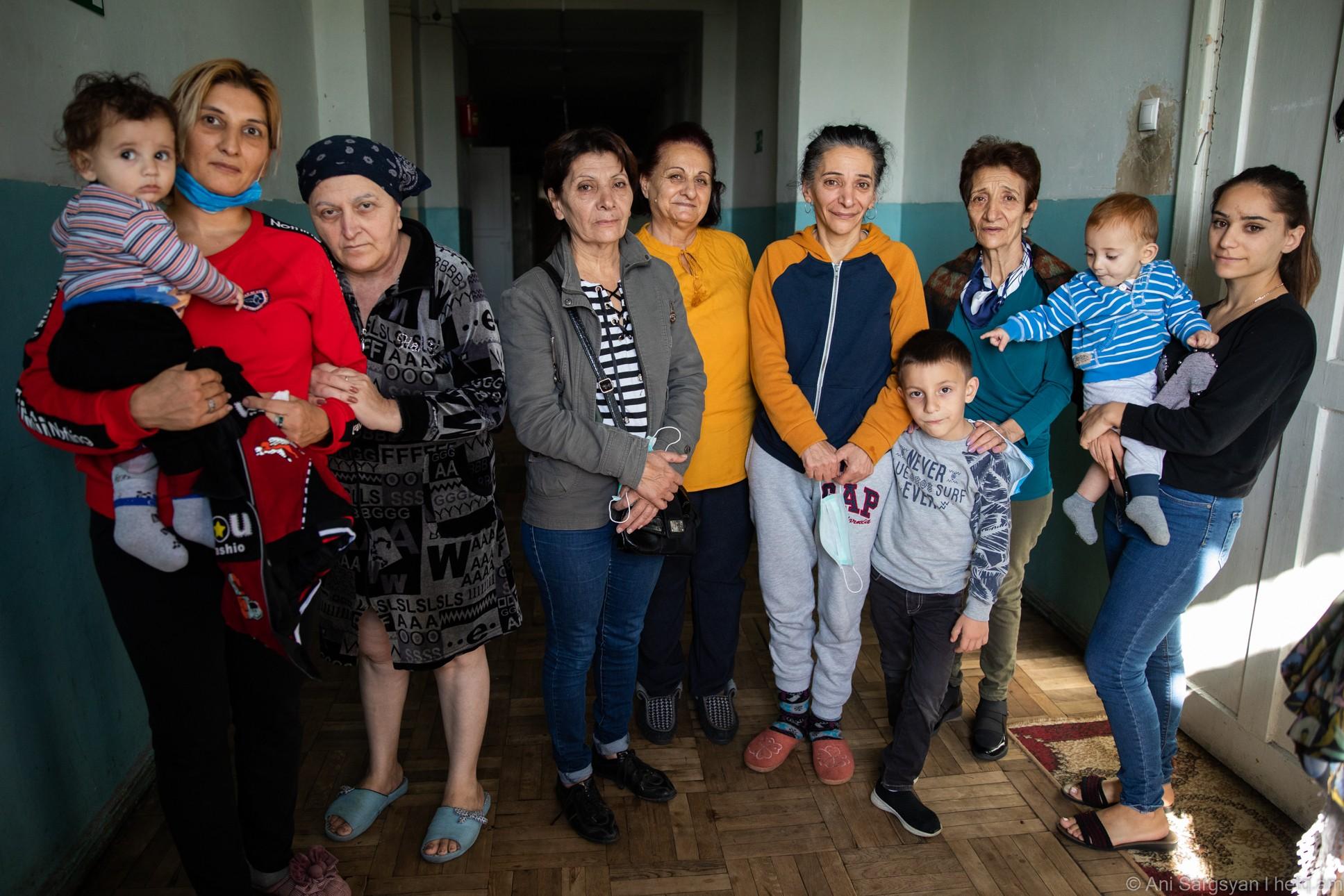 Kristineh Gorgyan, director of the Yerevan N1 Pedagogical-Psychological Support Center says the eviction order came from the Ministry of Labor and Social Affairs.

Gorgyan says the government has not compensated the support center for housing the families.

The Mission Armenia charitable NGO recently renovated the bathroom and shower used by the families.

Mission Armenia VP Alla Harutyunyan told Hetq that the renovation was   to improve living conditions of the residents.

"We knew they could not stay there forever, but we did not know when they would leave,” Harutyunyan said, adding that the NGO is ready to pay the families’ rent for the next four months.

Mary Grigoryan moved from the town of Berdzor to the village of Tzaghkaberd a year before the 2020 war, with her husband. When the war started, they fled to Yerevan, finding refuge at the support center.

Her husband and brothers fought in the war. Grigoryan gave birth to a son last October. Her husband gets part time construction work, but his salary can’t pay   the family’s rent, utility bills and living expenses.

A few days ago, he saw a video on the internet showing Azerbaijanis ransacking their home in Artsakh.

"My heart aches. I don't even know why I kept it on my phone. It hurts a lot. We haven't lived in that house for a year. Everything was new, everything was bought and made by us,” says Mrs. Grigoryan

Rationality 2021-10-28 13:16:26
If these Artsakh refugees want, they can move to Gyumri, Goris, Vanadzor, Kapan, or any of the dozens of non-Yerevan cities that have much better rent and food prices. I don’t understand the desire to stay in the most expensive and competitive city. NGOs paying rent doesn’t solve the problem either as we knew the landlords will actually raise the prices because they know someone else is paying for it.
mihran robert mahmouzian 2021-10-20 18:50:48
help the karabatsi they are the true armenian
mihran robert mahmouzian 2021-10-19 20:35:34
all we hear is how many meeting you have how many trip you take and all those medal that you give to the same group of people .the first job is to take care of the people .you dont give a crap about them period dont give us story you in government are a bunch of crook period .or brain dead
HAGOP 2021-10-19 07:40:08
PATHETIC!!! THROWING KARABAGH FAMILIES ON STREETS IS WORSE THEN TURKS KILLING ARMEEENIANS!!!!!