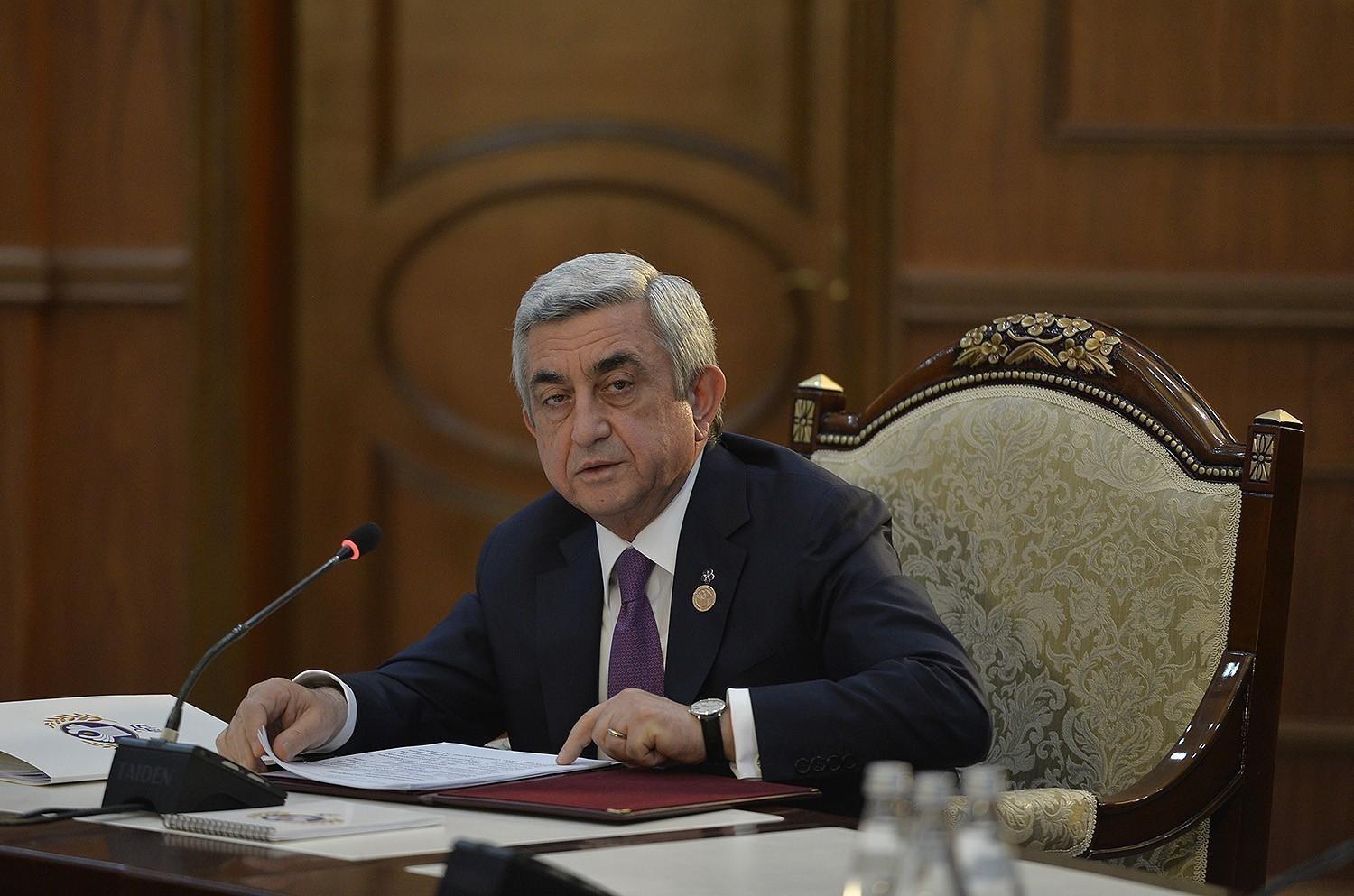 Former Armenian President Serzh Sargsyan appeared before the country’s Anti-Corruption Committee today after being charged with bribery in a case that started three years ago.

The case started when businesswoman Silva Hambardzumyan testified that she gave bribes to then Deputy Prime Minister Armen Gevorgyan and former presidents Serzh Sargsyan and Robert Kocharyan via the intercession of businessman Samvel Mayrapetyan.

Sargsyan was questioned as a witness at the time.

Hetq asked Hrachya Musheghyan, an investigator with the Anti-Corruption Committee, what new evidence had surfaced to now charge Sargsyan.

Musheghyan would only say that the Committee would provide additional when necessary.

Sargsyan’s lawyer, Amram Makinyan, told Hetq that the country has bigger fish to fry and that the charges are a government attempt to divert public attention from what’s going on along the Armenian-Azerbaijani border.

Sargsyan has signed an affidavit not to leave the country.