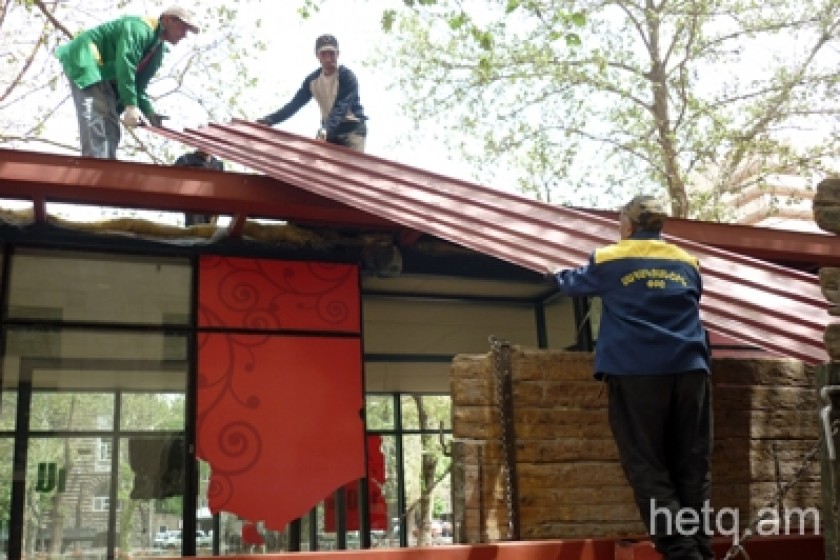 When Armenia’s president talks...somebody listens. Hot on the heels of Serzh Sargsyan’s public chiding of Yerevan’s mayor on May 1, the commercial kiosks in Mashtots Park is being dismantled.

President Serzh Sargsyan didn’t like the aesthetics of the commercial stalls - “They don’t look pretty”, he told Mayor Taron Margaryan.

That was enough to convince Margaryan, who had been defending the property rights of the store owners, to change his tune and direct municipal workers to remove the structures ASAP. 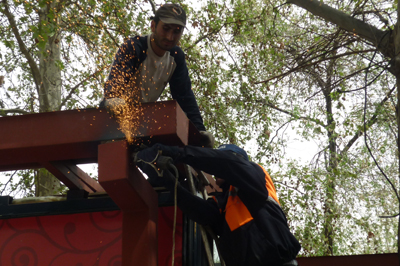 As before police were on hand to monitor the dismantling – as if people would converge on the site to protest the removal of the commercial eyesores. Maybe they were there to keep an eye on the parts of the stalls that will be recycled as construction material. 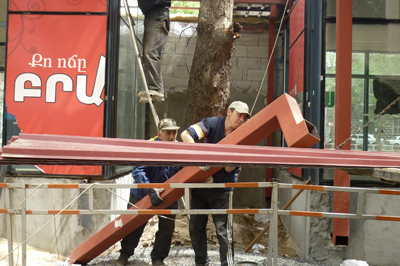 Shake Ghardashyan, a resident of the Samaghar village in the Etchmiadzin district, used to sell greens and berries at the entrance to the park. 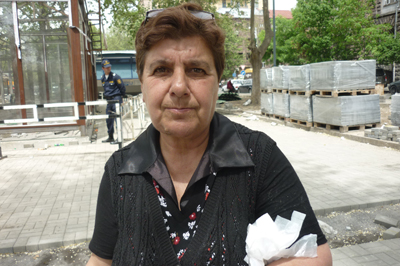 “It’s good to see the park being saved,” she told me, adding that the activists had won the day. 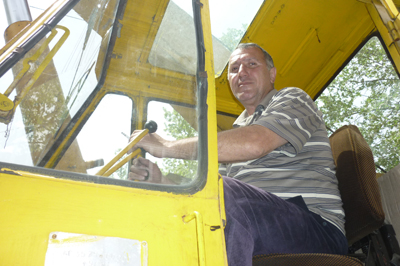 Crane operator Ashot was also pleased about the dismantling. “Let our little piece of Yerevan remain green,” Ashot said with a smile. 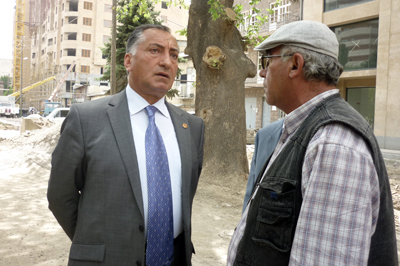 Also on hand was Deputy Yerevan Mayor Kamo Areyan who was supervising the removal. He told this reporter that the mayor wanted the kiosks removed as soon as possible. Maybe, he’s concerned that the president will show up again for another photo-op and scold him for not getting the work done fast enough. 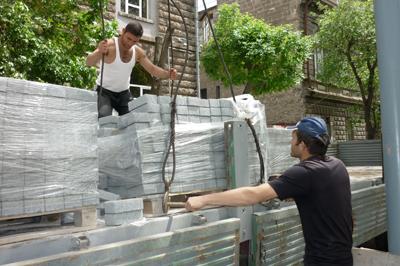 Areyan said the kiosks will not be transferred to another site. Does this mean that the kiosk owners will be financially compensated? Mayor Margaryan was constantly arguing that such compensation would be financially prohibitive. More taxpayer money down the drain... 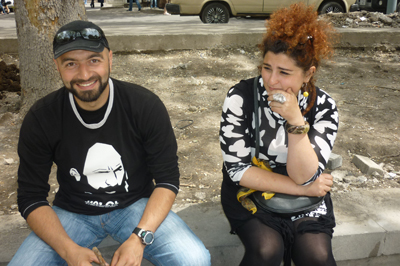 I met up with activists Yeghia Nersesyan and Helen Melkonyan. They assured me that if the kiosks are rebuilt elsewhere on public space, the activists would launch a new wave of protests. 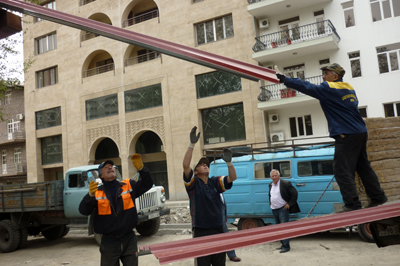 Melkonyan said Mashtots Park would continue to serve as a public space for a range of community activities – discussions, film showings, exhibits. 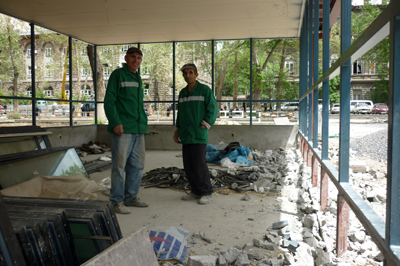 She said the activists would definitely participate in beautifying the site by planting trees and other greenery. 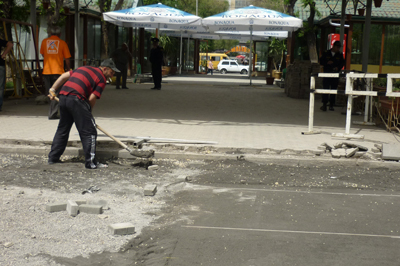 Nersesyan told me that the activists would now turn their attention to Teghout, where large tracts of forest are threatened by a new mining operation. 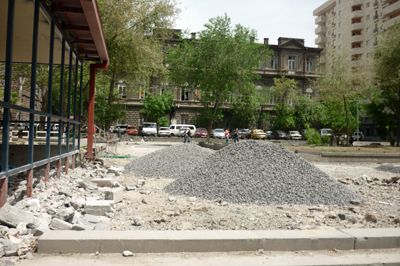 “The environmental activists have many issues to tackle, including Teghout. Luckily, there are many concerned citizens who joined us in saving this park. They will see that it remains a little corner of green space in Yerevan,” he said. 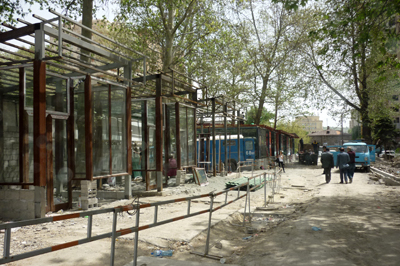 When asked to comment on whether their struggle to save the park had been hijacked by politicians to rack up brownie points in the election campaign, Yeghia said, “All I know is that we won at Mashtots. I saw it with my own eyes. It was a tangible victory.”