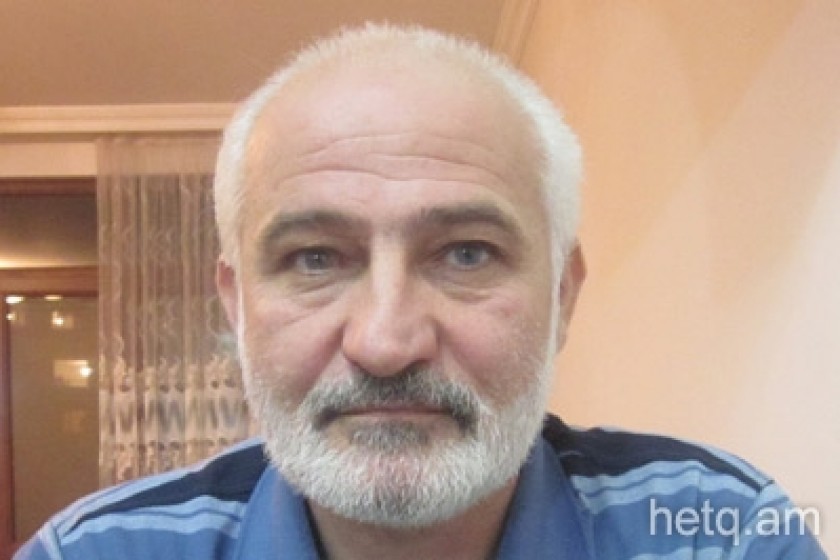 Garo from Syria: "Living in Artsakh has been my dream come true"

Now, Garo has moved to Artsakh and plans to stay for the long haul.

Some family members are in Lebanon and some in the Syrian town of Qamishli, on Turkey’s south-eastern border.

“I think about my relatives back in Syria day and nights. Luckily, the situation right now in Qamishli is relatively quiet, but who knows what will happen in the future,” said a concerned Garo.

Today there are 28 families, 74 individuals in all, from Qamishli who have relocated to the Kashatagh region of Artsakh. I heard about them from Robert Matevosyan, who heads the Kashatagh Resettlement Department.

“If it wasn’t for the fact that my wife is from Karabakh, I might not have been able to live here. It’s much more difficult for those newly arriving. I enjoy a relative advantage over them,” says Garo.

One of these advantages is the fact that Garo’s kids speak the local Karabakh dialect. Garo graduated from Yerevan’s Polytechnic institute and speaks eastern Armenian fluently.

Garo met his wife Gayaneh 15 years ago. They have four daughters. Hamest is in the ninth grade, and Mariam is in fifth grade. The youngest two, Caroline and Alvina are in kindergarten.

Garo worked in Lebanon, Yemen and the Arab Emirates. He had come to Artsakh during that time but not finding any work, he returned to the UAE. He also worked alongside his uncle who ran a metal foundry in Syria.

Today, Garo owns two stores in Stepanakert, the capital of Artsakh. He rents them out.

“I’d like to find work here in my profession but it’s tough. There are difficulties wherever one lives. You won’t find a place anywhere where things are given to you on a platter,” says Garo.

Regarding the turmoil in Syria, Garo blames the Sunnis and says they want to control everything.

He says that Syria had been a multi-national state where Muslims, Alewites, Kurds, Assyrians and others lived equally.

“No one can predict the outcome in Syria. It has very deep roots and there are many factors involved, including the oil and gas issue,” Garo says.

Like many Syrian-Armenians, Garo is a supporter of Bashar al-Assad.

“If elections were held today, Assad would win. A majority of Syrians are on his side.”

Garo argues that whatever the shortcomings of the al-Assad regime, no one could dare harm the country’s minorities.

The Syrian repatriate says he has no plans to return even if peace comes to the country of his birth.

“I had decided to live here even before the troubles in Syria. I had always dreamt of living in the homeland and I have realized that dream. I’ve already become a citizen of Artsakh.”

Since Garo had been to Artsakh in 1992, I asked him to compare the wars in Syria and Karabakh.

“In Karabakh, it was clear who the enemy was. In Syria, you don’t know. Also, in the main, the war in Syria is an urban battle.”

Before leaving the Garabedyans’ house, Garo and Gayaneh asked about the newly arrived Qamishli Armenians now living in Kashatagh.

They were pleased to learn that many had found work. When I mentioned their names, Garo said he knew many of them.