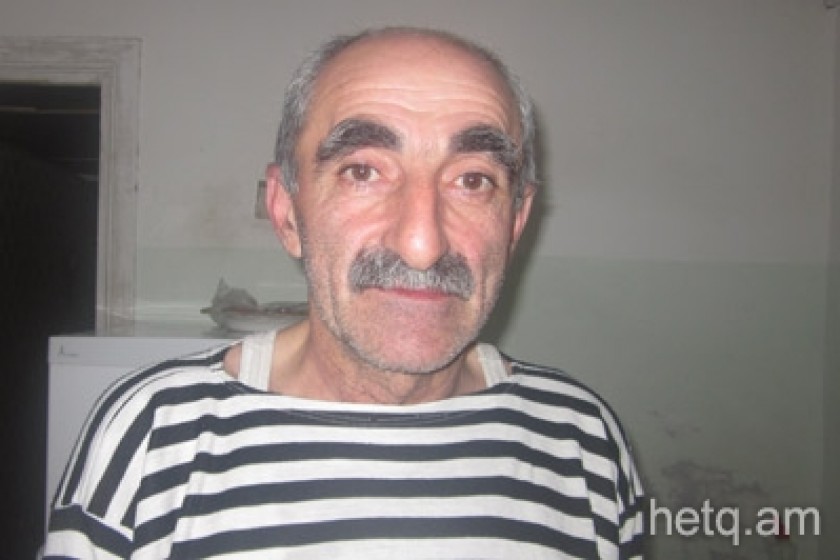 Sergey Movsesyan: Says He’s a “Forgotten Man" Despite Being Awarded “Order of the Combat Cross”

Sergey Movsesyan fought in the Artsakh War and was awarded the Order of the Combat Cross, Second Degree, for his years of service.

Sergey now says he is a forgotten man.

“Many top officials know me, but today? Those high ranking officials would follow how we fought from positions several kilometres back. I am not an Alexander Matrosov, but I fought pretty well.” (Matrosov was a famous Soviet infantry soldier during WW II)

Today, Sergey receives 98,000 AMD ($242) monthly from the government for his combat award and disability pension. The monthly rent for his apartment is 75,000.

He and his wife Karineh have four children in school. Two study at university in Yerevan. Their annual tuition amounts to 1.5 million AMD.

“My oldest daughter works at ArtsakhBank in Yerevan and goes to college. She helps out the best she can,” Karineh says, adding that Sergey’s brother in Moscow also assists financially.

Sergey and his family have been renting an apartment for the past seven years.

“My uncle kicked us out of our paternal house after he bribed the courts,” Sergey says.

The Artsakh war vet says he wants a place of his own so that he can spend the 98,000 on the children.

He was discharged from the army for beating a non-commissioned officer. Sergey claims the man was stealing from the army.

Sergey says he was only absent from the war for eight months, after being severely wounded. 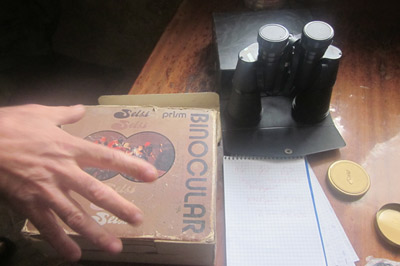 He shows me a pair of binoculars that were a gift from Avo (Monte Melkonian) while he was recuperating in a Yerevan hospital.

Sergey speaks with respect about Avo and says it was reciprocal.

“Avo trusted me. When I was sent to Martouni with orders, Avo felt at ease during those days.”

Sergey confesses that he was lucky to get through the war alive. “It’s pure luck that keeps us all alive in war, even the kids hiding in basements.”

The decorated vet tells me the names of war buddies that didn’t make it out alive. There are many names. His wife’s two brothers died on the battlefield and so did his cousin, Davit Mikayelyan, one of the Artzvashen 12.

“When I’m in Yerevan I visit the graves of Doushman Vardan, Avo, and all the others I was fortunate enough to have met during the war,” Sergey tells me.

Sergey is a musician by profession but wound up a tank commander during the war. Sergey says he participated in battles that liberated some thirty villages. His first took place in 1991 at the Stepanakert village of Krkzhan. 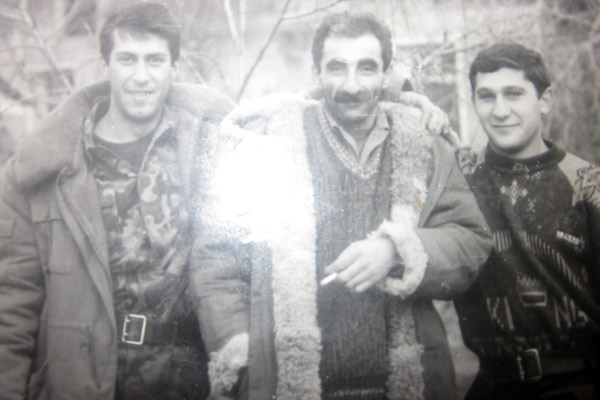 He confesses that he gets miffed when his name is not announced at various military events when tank columns go parading by and says that oftentimes the names of people having no connection to actual battles are remembered. 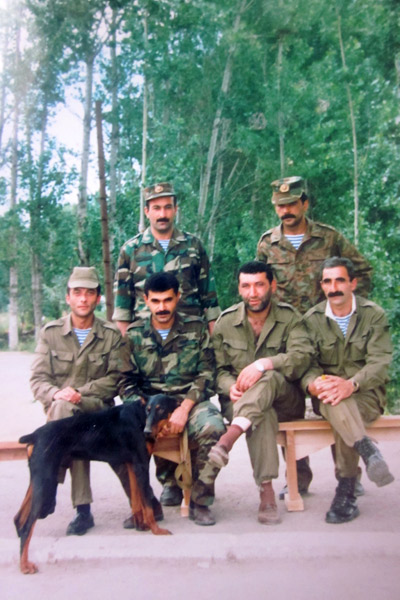 “I have nothing against certain high officials, they too contributed something to this country, but I am opposed to celebrating them for something they were not involved in.”

He believes that history is often misrepresented. “Years ago, the newspaper Martik (Combatant) wrote such a flowery article about this famous woman that...Now, when I recount the reality, people don’t know whether to believe me or them. On this point my friend jokingly says that maybe Andranik Pasha will also turn out to be a traitor.”

“If I enjoyed some backing, I would call some of these officials and ask them awkward questions.

Like where were you on such and such a day and at such an hour, what direction did you attack from, so that you received a medal? Now, I can’t ask such questions because we are the weakest guys around. Before, we were the strongest.”

After being discharged, Sergey tried his hand in commerce and later went into the furniture business; his father’s trade. Neither panned out.

Sergey says he can work as a driver or in low-level management. The problem, he adds, is that employers only hire their acquaintances or relatives.

“All I want is my own roof over me and my family. I have no need of a jeep or other such thing.”