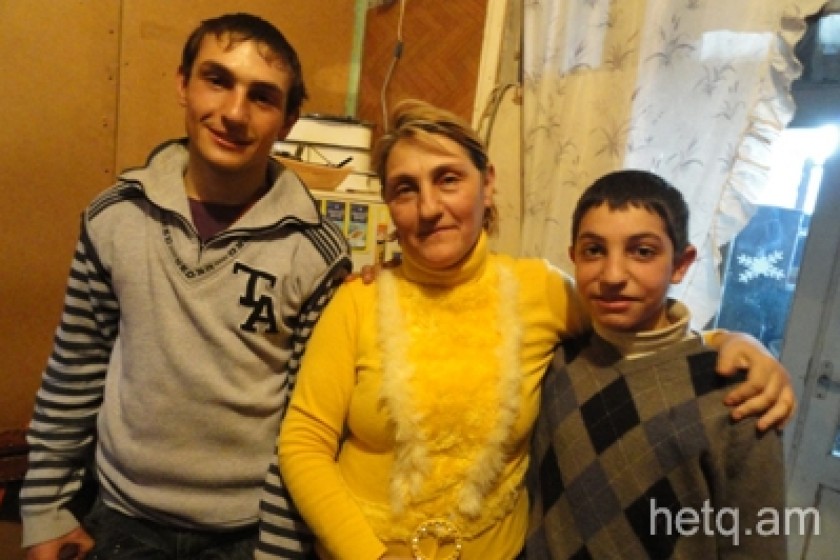 Hetq readers may remember the harrowing tale of Gohar, a Gyumri mother of five, and two of her boys who were essentially working as slave labourers in the Russian town of Lipovtsi, near Vladivostok.

The boys, Misak (26) and Samvel (16), were working in a bread factory owned by Aragatz Harutyunyan in Lipovtsi since 2010.

Last month, Gohar Khachatryan called Hetq with some happy news; her boys were back in Armenia.

“They escaped and made their way home,” said a jubilant Gohar. “They arrived in October. But my son Misak didn’t want me to tell you right away. He feared that relatives of the people who took us to Russia might seek revenge on us here in Armenia.”

The RA Prosecutor General and the “Hope and Assistance” NGO followed up after Hetq broke the story.

The matter was forwarded to the Russian Migration Agency and investigators paid a visit to Aragatz Harutyunyan in Lipovtsi. All they did was force the businessman to return the boy’s passports. They didn’t file criminal charges against Harutyunyan nor did they register the boys as illegal migrants, which would have allowed their deportation back to Armenia.

Instead, the Russian authorities wanted Misak and Samvel to pay penalties for working illegally. The boys didn’t have any money to pay since they were receiving a pittance for working at the bread factory. Harutyunyan refused to pay anything to the authorities.

Gohar telephoned Hetq in June of last year to say that the boys had escaped the clutches of Harutyunyan but that she didn’t know their whereabouts. Six months later, in December, she called again to say that Misak and Samvel had made it back to Gyumri.

They told their mother that a Russian woman named Irina had facilitated their escape from the factory. The boys made their way to the village of Preobrazhin, some 600 kilometers from Lipovtsi, where Irina’s relatives lived. The boys told their story to some Armenians living in the village. A local Armenian gave them jobs.

“Misak was cooking khorovatz and I did simple house repairs,” recounts Samvel.

Gohar says the two boys had saved up 15,000 Russian rubles before their return to Armenia.

The boys then traveled to Moscow for a flight to Yerevan. Karineh, their sister, says that Russian airport police detained Misak because his passport visa had expired. She says they ripped up his passport and threw him out of the airport.

Misak then went to the Armenian embassy in Moscow for assistance. Staffers got him a ticket and travel documents under a program called “Return to the Homeland”.

Xunsap'ha 2019-01-25 08:29:12
It is truly sad and disheartening to see one human taking advantage of another. It is even sadder to see that happening among Armenians. To put it gently, instead of building up one's good name and reputation through quality actions and behaviour, to throw it all away for some quick material gain, is a singular folly with lifelong potential for disasters.