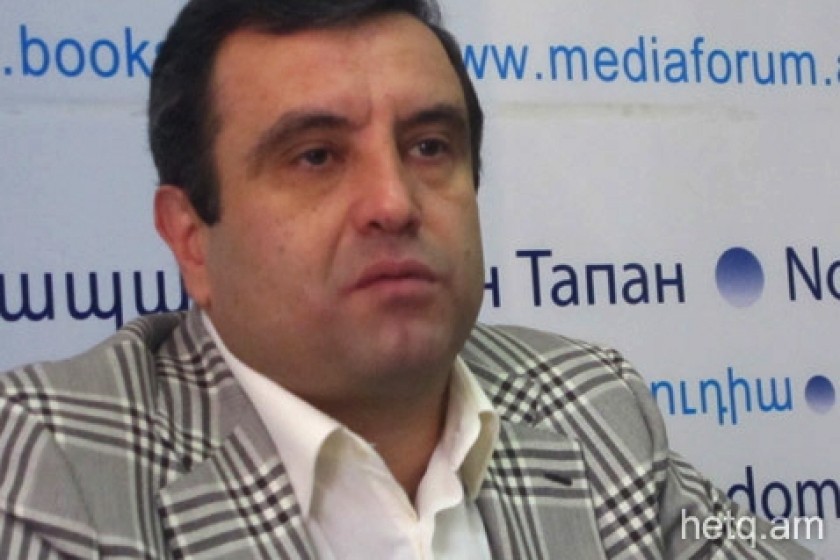 Vardan Setrakyan, a candidate who ran in the February 18 presidential election in Armenia, has just been arrested on suspicion of ordering the January 31 shooting of Paryur Hayrikian.

This latest development is being reported by shamshyan.com. The news outlet says the court is now reviewing a petition by Armenia’s National Security Service to keep Setrakyan in pre-trial custody.

Hayrikian, who also was a presidential candidate, was shot outside his Yerevan home just before midnight that day. He was rushed to hospital with wounds to his right collarbone.

Hayrikian, who spent years in Soviet jails for his dissident views, believed that the shooting was the work of foreign intelligence agencies, in particular Russia.

One was Khachatur Poghosyan (born 1972 who has a criminal record for drug peddling), and Samvel Haroutyunyan (born 1972).

The NSS later stated that the two men provided details about the attempted assassination attempt on Hayrikian. A revolver was found in the house of one of the suspects during a police search. Forensic experts claimed that a bullet found at the scene of the shooting had been discharged by the same type of revolver.

It then turned out that the two suspects were known to Vardan Setrakyan, a self-proclaimed specialist of national epics, who ran what can be mildly called a quirky election campaign.

The suspects had performed repairs on Setrakyan’s house. Setrakyan declared that a Masonic organization based in Western Europe and the United States were behind the hit on Hayrikian.

Setrakyan even went so far as to claim that presidential candidate Raffi Hovannisian was a member of that secret organization.

Setrakyan argued that it was all a cleverly devised plot to link him to the shooting, cause his arrest, and to remove him from the political scene. He boasted that the West wanted to remove nationalists like him in order to pave the way for a more pro-U.S. foreign policy in Armenia.

During the campaign, Setrakyan predicted that he would win 81% of the votes and would become the fourth president of Armenia.

At the same time, he even predicted that he would be arrested four or five days after the February 18 election.

According to the official election results, Vardan Setrakyan came in last out of a field of seven with 6,210 votes (0.5%.

Paryur Hayrikian, the candidate he is now charged with ordering the attempted assassination against, received 18,096 votes.