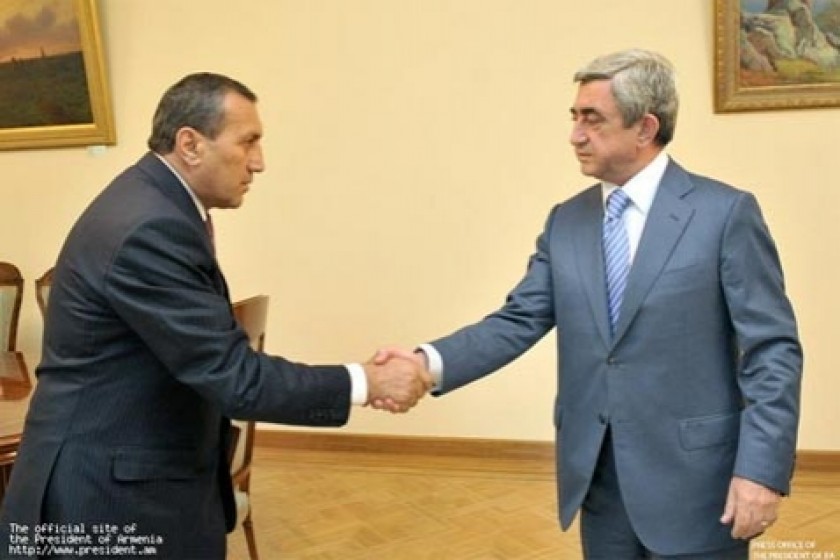 As a result of a shoot-out near Khachaturyan's home in Goris, Artak Boudaghyan, Commander of the N Artsakh Military Unit, is in serious condition and his brother, Avetik, was killed on the spot.

According to one Goris resident, an argument broke out at a party at which Sourik Khachaturyan was present. He then proceeded to curse the mother of the Boudaghyan brothers. One of them slapped Khachaturian in response.

The argument then broke out again, in and around Khachaturyan's house.

Khachaturian is perhaps now in police custody, probably for his own safety. But his whereabouts aren’t what’s really important.

Everyone is now waiting to see what steps President Sargsyan will take. Law enforcement won’t make a move without his say-so. The fact that Sargsyan hasn’t yet made up his mind how to handle the matter is apparent from lack of any coverage given by the press under the control of the ruling Republican Party. Neither can they “tear” Khachaturyan, seen as a party stalwart, to pieces nor can they smear Boudaghyan, regarded as a good commander, as a criminal.

The real question is why does Serzh Sargsyan continue to defend the Syunik Governor?

Perhaps the president should explain his actions to the board members of the party who, in the past, have voiced their displeasure with Khachaturyan behind closed doors.

It is quite clear, however, that the time has come for Armenian society to find a way to publicly, once and for all, remove Khachaturyan from office.