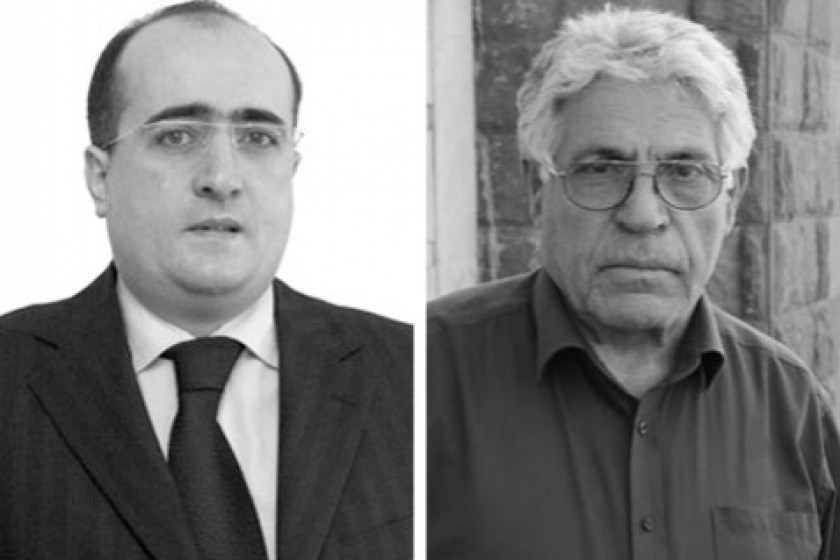 Despite the continuing resonance of the Cyprus financial imbroglio in Armenia, AmeriaBank, a major ‘player’, seems intent to push the entire process to its logical conclusion.

AmeriaBank, registered offshore in Cyprus, has to date failed to respond to the numerous articles in Hetq calling into question a number of its financial practices in the imbroglio.

None of the top managers at the bank have been replaced or repositioned as a result. The only change at the top is that as of Nov. 27, 2013, Ruben Vardanyan is no longer chairman of the bank’s board of directors; a post he held since the bank’s founding.

Vardanyan was replaced by Andrei Mkrtchyan, who also serves as the CEO at the America Group of Companies. (See: The Keys to Unlock the Ongoing Offshore Scandal Exist)

AmeriaBank continues to sell off the property of businessman Paylak Hayrapetyan, appraised at US$30 million, and is trying to complete the process before the trial of Ashot Sukiasyan gets underway. The bank wants to get its hands on the cash now, before any undue surprises pop up.

There were no prior notifications regarding the auctioning off of Hayrapetyan’s property. And this is the bank’s right. But everything becomes clear when you realize who have become the owners of the property originally placed as collateral. Moreover, all these transactions have been concealed as ‘top secret’ by the bank.

Below, we present two of these transactions about which we were able to cull some interesting information.

1. On Dec. 12, 2013, Limassol Project LP obtained the rights to a piece of property located at 4 Hrachya Kochar Street in Yerevan.

There is no information regarding this entity in Armenia’s State Registry, signifying that the company isn’t registered locally. An internet search, in Armenia, only reveals one link located in the RA government’s website. The company shows up in a list entitled “Purchases enacted by one individual”.

It turns out that the RA Ministry of Territorial Administration’s State Migration Service signed a lease contract with Limmasol Project LP.

Limassol Project LP Director Stella G. Port-Louis gave a writ of attorney to one Aram Khachatryan to sign the contract. The writ was certified by a notary in the Seychelles Islands.

We still have no idea who Aram Khachatryan is, but given that Limassol has an account in AmeriaBank, we can infer that he has connections to bank management.

We know more about Stella G. Port-Louis. She’s the director of some 388 companies, two of which are implicated in illegal arms trafficking cases.

So how did Limassol wind up purchasing Paylak Hayrapetyan’s property? Most likely, Limassol’s stockholders are either AmeriaBank officials or closely connected individuals.

Now, while I don’t know if there’s a criminal element to all this, but let’s review the scenario. The government transfers money to a company whose director is implicated in illegal arms trafficking. 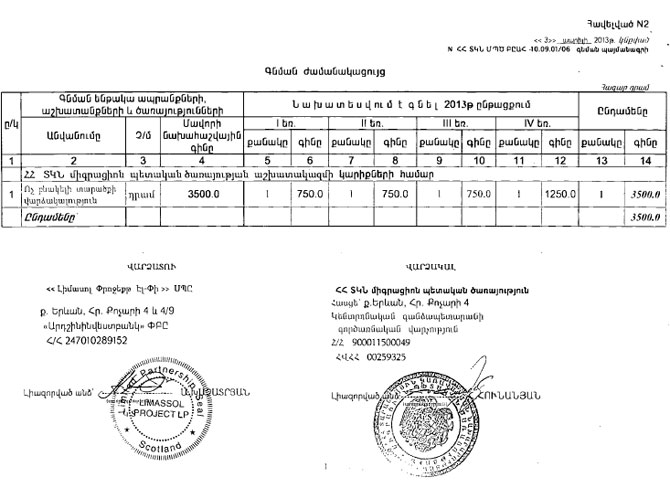 2. A piece of real estate located at 9.3 Shahoumyan Street in the town of Jermouk is registered to a company called Ibitsa Group. It’s an Armenian company listed in the RA State Registry as of May 6, 2013.

It’s quite clear that the company was registered solely to take possession of the property (9,700 square meters and the former gym-culture complex) located in the center of Jermouk. Hayk Hambardzoumyan founded Ibitsa and was the sole shareholder until Nov. 27, 2013 when the company was taken over by Noston Capital SC, registered in the Virgin Islands.