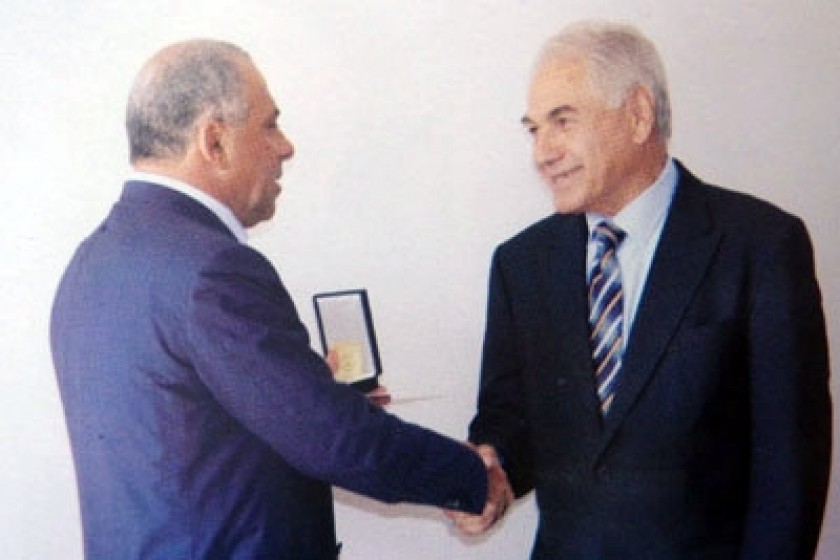 Over the past year, RA Police Chief Alik Sargsyan has voiced contradictory opinions about Serob Der-Boghossian, the diaspora businessman charged with pedophilia who once served on the Police Department's Advisory Board.

Before criminal charges were levied against Der-Boghossian, Police Chief Sargsyan seemed to have nothing but praise for the businessman.

On one occasion, when asked by a Hetq reporter to comment as to whether the businessman had "donated" $15,000 towards the renovation of the Alaverdi police headquarters, Sargsyan gave a convoluted response but then said that he knew Der-Boghossian quite well and that the man was a "patriot and a benefactor".

Jump to a year later and Sargsyan has now changed his tune. The Police Chief says he's only met the businessman a few times at meetings of the advisory council.

But this too is not correct. In a book dedicated to Serob Der-Boghossian, Police Chief Alik Sargsyan has worked long and hard on a one page testimonial to the businessman and has seen to it that a photo showing the two was included in the book.

"The work carried out by Serob Der-Boghossian in the homeland is a manifestation of the deep reaches of humanity. Like it says her in this book, the years of personal suffering, pain and uncertainty did not make him a hateful man, withdrawn and sullen. Rather it paved the way for his humanitarian mission that he embarked on in the homeland a bit later on."

It is no wonder then that following on the heels of such praise, the local police authorities seemed it prudent to cover up the sexual antics of Der-Boghossian.

During a police staff meeting, Alik Sargsyan asked Tumanyan District Deputy Chief Artur Harutyunyan why it was that they hadn't found about Der-Boghossian's activities earlier.

Harutyunyan responded that he possessed certain leads and information but not any proof.

Naturally, this is an absurd answer. The man was frightened to even raise any suspicions as to Der-Boghossian.

What local police official would dare raise suspicions as to the behavior of an individual who was a member of the police advisory board and had received numerous commendations from the police chief himself?

So, Der-Boghossian collects all these photos of him with top ranking Armenian officials and bigwigs and publishes a book.

The book is like a "get free" card since it shows his cozy links to the leaders of the land.

Der-Boghossian even gifted a copy of the book to local police deputy chief Artur Harutyunyan. It's not so veiled message was to "back off".

Years ago, a principal of one of the schools in Akhtala went to the police and reported that Der-Boghossian was handing out large sums of money to some of the male pupils.

The principal wanted the cops to investigate the matter and find out what the money was for.

The police talked to the boys but returned claiming that "nothing dubious was found".

Why hasn't the Alaverdi police chief been fired for allowing all this to go on for six years, as stated in the indictment against Der-Boghossian? Did he remain silent because he was paid off or threatened with losing his job?

Law enforcement official are the first in line for retribution for their criminal negligence in this matter. 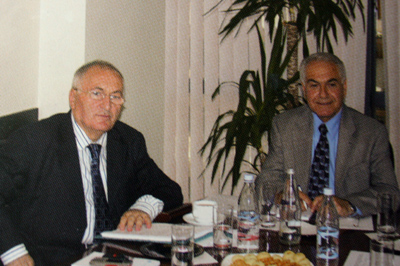 The first is called "The Legend of Silence" and the second, "The Power of Goodness – Serob Der-Boghossian".

Bakhchinyan has become the businessman's biographer. The writer knows Der-Boghossian intimately and who is to say that he didn't know about his subject's sexual dalliances as well.

They both served on the police advisory board together and were in close contact for many years.

In the introduction of one of the above books, Bakhchinyan writes:

"There are many beautiful bits of advice in this story. It is a small core around which an expansive tale of a man's life will grow. It's a life whose every segment abounds in a fountain of purity."

And for years on end, this Felix Bakhchinyan has feed at the fountain of this purity.

I cannot say if the investigators in the case have interrogated Bakhchinyan but if they haven't, they should.

I am sure he knows quite a bit about Der-Boghossian.