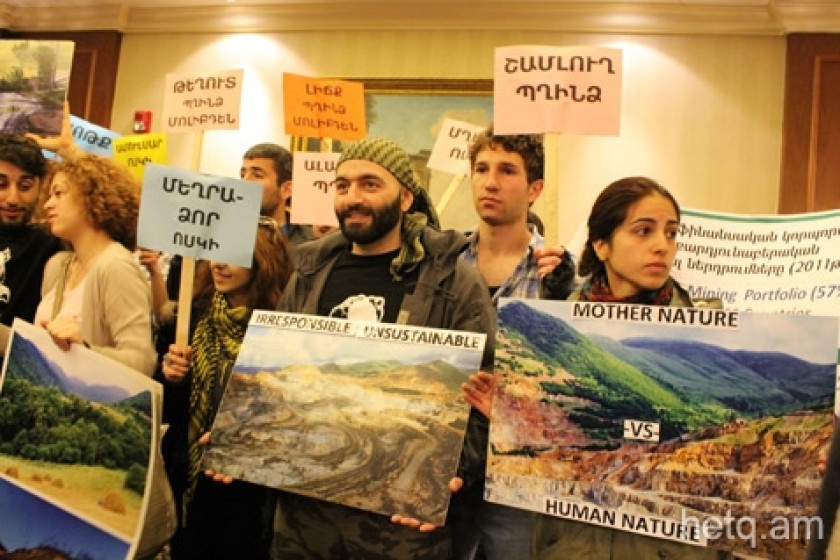 A report recently released by two environmental activists in Armenia suggests that international mining companies are flocking to Armenia because the government is incredibly lax when it comes to levying environmental usage fees.

The report, “Environmental and Environment Usage Payments in the Mining Sector” was prepared by Marineh Baghdasaryan, a graduate of the State Institute of Economics, and Bedya BGO President Erik Grigoryan.

Comparing Armenia’s mining sector with that of the USA, Great Britain and Germany, the authors found that another probable attraction for international companies is that the royalties for extracting metal ores in Armenia is much less.

Baghdasaryan says that other countries also tax pollution discharges while Armenia does not.

“Our comparative data shows that strict tax mechanisms operate in other countries and that responsible mining is the norm, something that isn’t the case in Armenia. Here, it’s an open wide sector and creates a favorable business climate for foreign investors,” Baghdasaryan said.

Their report was made public at an international conference “Responsible Mining in Armenia: Opportunities and Challenges” held in the Armenia Marriott Hotel in Yerevan this past March 25.

At the conference opening, opponents of unbridled and unsupervised mining in Armenia staged a counter-conference outside the hotel.

Baghdasaryan noted that while the largest taxpayer in Armenia is the Zangezour Copper-Molybdenum Combine (paying 37.8 billion AMD in taxes in 2013), only a tiny portion is in the form environmental and natural resource usage fees.