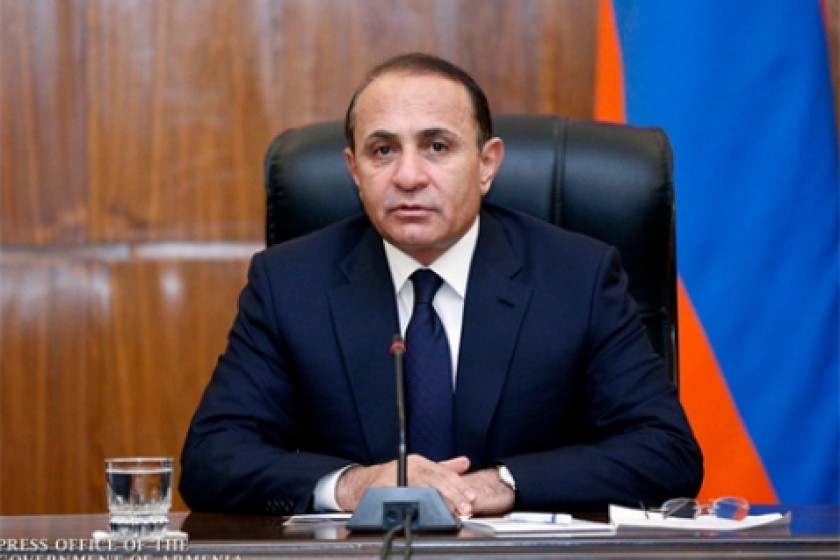 All In the Family: Armenian Prime Minister’s Booming Business Empire-3

We continue to present the companies, doing business in a variety of sectors, owned by Armenian Prime Minister Hovik Abrahamyan and his relatives.

Strategic Property Management (SPM) CJSC is fully owned by Argam Abrahamyan. The company’s office is located at in . SPM was founded in 2012 and Angin Sargsyan serves as director. The company’s paid-in capital is 300.9 million AMD

“Yes, I am the director. Right now, the company has halted its operations. In general, SPM doesn’t engage in any operation,” Angin Sargsyan said.

When asked why the company was founded in the first place with such a large amount of capital if it didn’t plan to operate any business, Angin Sargsyan replied:

“Sorry, but I will not answer as to why the company was founded. That’s my company’s secret and, as director, I am authorized not to reply. Perhaps you find it absurd that the company doesn’t operate with such capital, but it’s not absurd for me. The company was started but now has ceased to operate. We didn’t know what it was doing. When it starts to operate anew, you’ll hear about it. Call and I’ll tell you what the company is doing.”

Property Solutions Ltd. is the legal successor of   Alliance Advisory Center Ltd. The company’s paid-in capital is 75.3 million AMD. 100% of the company’s shares were transferred to Gagik Poghosyan in June 2014.

In order to lease some space, Gagik Poghosyan petitioned the . Based on Decision 3029-A (granted on August 6, 2014), the municipality permitted Kentron-Greening CJSC to lease 1,923.59 square meters of a 43,144.31 square meter plot it owns at 6/1 Khanjyan Street in Yerevan to Property Solutions.

Kocharyan and Khachatryan also own shares in Nayri Insurance; 60% and 40% respectively.

Vanadzor resident Rouben Zatikyan serves as director of TDC. Zatikyan also owns the #46 microbus route. 100% of the shares of Aravel Ltd., which services the fleet of buses, were obtained by TDC in March 2013.

Transporting CJSC was founded in 2012 and is owned 50/50 by Gagik Poghosyan and his business partner Julieta Sargsyan. The company’s office is located at in , in a huge building owned by Argam Abrahamyan.

Transporting CJSC operates the #41 and 45 microbus routes in and a number of inter-city routes in .

Hovik Abrahamyan and his circle of friends also run buses in the town of and nearby villages.

Production of construction material and stones

In 2003, Ararat Cement OJSC was privatized and re-launched as Ararat Cement CJSC. Argam Abrahamyan owns 30% of the company and Gagik Tsaroukyan 70%.

Right Stone Ltd. was founded in 2008 and is mostly engaged in stone refinishing and construction. 40% of the company is owned by Argam Abrahamyan, 30% by resident Garegin Karapetyan, and 30% by Gagik Mnatsakanyan; who also serves as company director.

Jas-Beton Shin Ltd. was founded by Henrik Abrahamyan (brother of Armenian PM Hovik Abrahamyan) and former MP Armen Poudoyan. They exited the company in 2006 and 100% of the shares reverted to Rouzanna Hovsepyan (Henrik Abrahamyan’s wife). The company produces construction materials.

Metz Armat Ltd. is also a construction company and is fully owned by Henrik Abrahamyan. He serves as its director. The company produces and sells fabricated hosing parts. The company was founded in 2008. 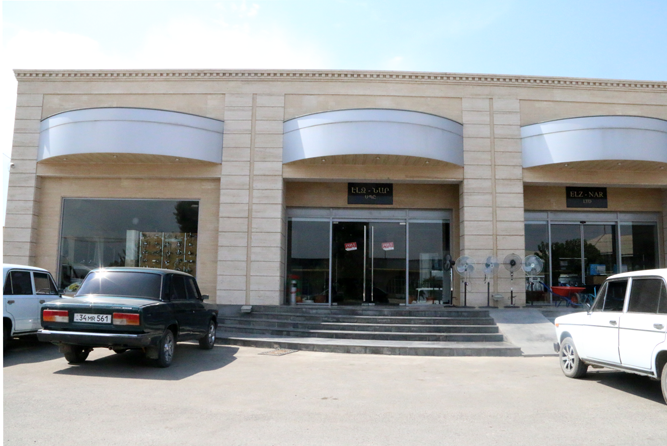 Gagik Poghosyan fully owns, and is the director of, Sun-Lus Ltd. founded in 2010. The company’s legal address is registered in the , but neither village mayor Artoush Sargsyan nor his staff could recollect such a company listed in their village. The company engages in advertising, supplying food products to restaurants, hospitals and other public institutions, and the production of construction materials. 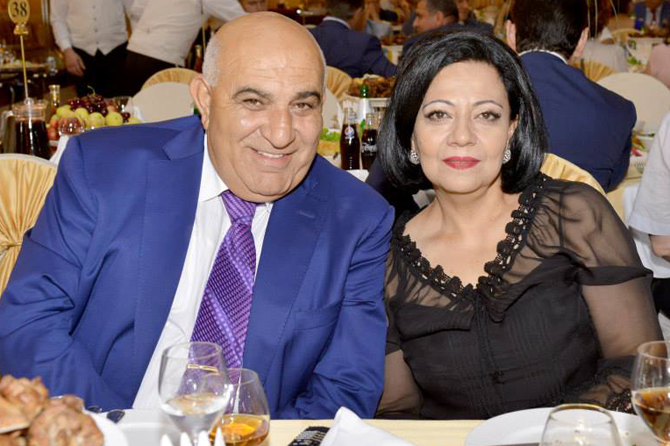 Jaguar Animal World Ltd. is listed in the state registry as an organization engaged in the protection and reproduction of rare and nearly extinct wild animals, and as an organizer of ecotourism and hunting tourism events. It was founded in 2013 and is 100% owned by Henrik Abrahamyan.

Director Gabriel Poghosyan told Hetq that the company is currently inactive, but that it is planning projects aimed at protecting wild animals along the Armenia-Azerbaijan border.

“Right now, the company isn’t doing anything, but in the future it will be engaged in the protection of animals and nothing else. We will protect the bezoar ibex and wild mouflon sheep found in . We will lease lands adjacent to the Azerbaijani border in order to protect these animals,” Poghosyan told Hetq.

“Animals are fleeing over the border to after being hunted in . There should be no hunting on our side so that they can multiply. If they are hunted in , the animals will simply return to ,” Poghosyan explained.

While the company is fully owned by Henrik Abrahamyan, Gabriel Poghosyan denied any links between Abrahamyan and the company.

Business operated in partnership with foreigners

In contrast to his brother Henrik, Hovik Abrahamyan’s daughter Rebeka Abrahamyan has recently entered the business world. On September 17, 2014, she became 25% owner of Mit Invest Ltd., founded by Arman Mirzoyan just one month earlier. On the same day, two Georgians became 25% owners each of the company. One was Levan Chikovani (executive director and 50% owner of the Czech Wind Energy Investment s.r.o.), and the other was Mindia Sabandze (the owner of several companies). Hetq’s Georgian partners helped us compose the following list of companies owned by the two Georgians.

Mikhail Bezrukov is a Moscow businessman. He was a master sportsman during the Soviet era and the chief coach of the Soviet Union’s national football team. Since 1992 he’s served as president of the Hockey and Football Club Russia CJSC. As of 2000, Bezrukov has been the director of the Social Adaptation Center NGO Fund.

Bezrukov is the Solnechnogorsk branch president of Russia’s ruling Yedinaya Rossiya (United Russia) party. According to Russian press reports, Bezrukov is a local criminal authority with whom area businessmen must sit down and negotiate with. He owns scores of companies engaged in commerce, real estate, the restaurant trade, sports, and others. On numerous occasions we tried to contact him to clarify what links, if any, his companies have with several companies in Armenia. At first, we were told he wasn’t in town. His staff then asked us to leave a phone number where he could reach us. So far, Bezrukov hasn’t called us.

No explanations from the prime minister and his friends

Thus, the other companies owned by the prime minister’s relatives paid 74 million AMD less than the company that what listed in 1,000th place given that the latter paid exactly 74 million.

The assets of the Abrahamyans and their relatives do not end here. They own 53.24 hectares of agricultural zoned land in the village of Mkhchyan, some ten pieces of real estate near Yerevan, and an equal number of cars. There are also hundreds of hectares of grape vineyards in Artashat and nearby villages; natural gas filling stations outside Yerevan; gasoline stations and casinos along the highways of Armenia; and a resort house in Crimea (that was purchased in 2007 for US$7 million. News outlets in Armenia wrote about the Crimea resort several times and the prime minister never denied the news.

There are also mechanical and knitting factories in Artashat, an auto park, lands adjacent to the Sirious Plant, wine and cement factories, a resort house and five hectares of land in Tzaghkatzor, apartments in Yerevan, a private house near Lake Sevan, etc. The list is never-ending because most of these properties are registered under the names of others.

Back when Hovik Abrahamyan served as the president of the Armenian parliament, we wrote to him asking that he explain the source for all the money appearing on his financial disclosure statement. We also wanted to know whether certain factories belonged to him. Just as now, when he serves as the prime minister, he failed to answer our inquiries.

We also failed to get any clarification from Gagik Poghosyan, a relative of the Abrahamyans. Both Robert Gasparyan (his son-in-law) and Angin Sargsyan told Hetq that they weren’t authorized to give his number. We then asked Robert Gasparyan to get a message to Poghosyan to call Hetq. He did, but told us nothing.

The following is taken from an interview that the newspaper 168 Zham had with Abrahamyan regarding the use of his nickname.

In an interview with the newspaper 168 Zham, PM Abrahamyan was asked if he felt insulted when the press refers to him by his nickname “Mouk” (mouse). In response, Abrahamyan said he had no such complexes and that if certain news outlets got a kick from calling him by his nickname they should continue to do so.

“It doesn’t faze me in the least. If they think they are insulting me or irritating me by doing so, they are wrong. By the way, I see nothing wrong with people having nicknames,” Abrahamyan replied, adding that it was better if people had childhood nicknames than the fake monikers of various sponsors and owners of the press.

Abrahamyan explained that his nickname stems from a childhood incident where he ate half a bowl of Christmas candy. “My grandma, realizing I ate the candy, laughed and called me the mouse of the house,” he said.

The prime minister confessed that nothing could be hidden from him because he gets into every nook and cranny and locates what he wants – candy.