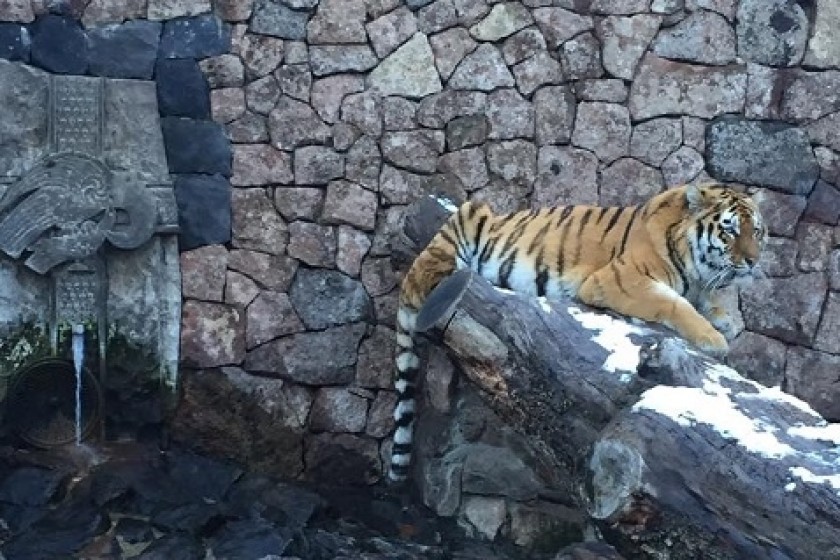 Armenian MP Keeps Endangered Siberian Tigers as Pets: ‘Those in the wild would be jealous’

It’s sort of become a fashion craze for the ultra rich and top officials in Armenia to “domesticate” wild animals and keep them at their restaurants and hotels as attractions.

Some, as the case throughout the world, keep wild animals at home as pets.

We know that Prosperous Armenia party leader and MP Gagik Tsarukyan has created a veritable mini-zoo, including lions and tigers, at his sprawling home. MP Manvel Grigoryan keeps ostriches and tigers as pets. MP Moushegh Petoyan has a pet bear.

Prosperous Armenia MP Rouben Gevorgyan, following in the footsteps of his illustrious deader, also keeps a number of wild animals at home. The legislator doesn’t conceal the fact and often posts photos of the animals on the internet.

“Every person, I would say, has enjoyed keeping a pet from an early age. Be it a dog or cat. Later, at a certain age, they keep pedigree dogs, a trait which I believe characteristic of us Armenians,” Gevorgyan told Hetq. 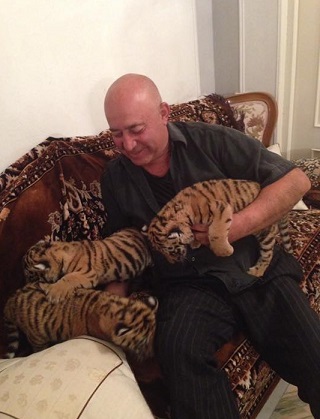 The MP argues that the conception of ‘wild’ animals is a wide one, encompassing wolves and others. The animals he keeps at home are Siberian tigers (Panthera tigris altaica), also known as the Amur tigers.

The tigers are included on CITES Appendix I banning international trade. All tiger range states and countries with consumer markets have banned domestic trade as well. At last count, there are said to be some 340 Siberian tigers in the wild.

The Convention on International Trade in Endangered Species of Wild Fauna and Flora (CITES) is a multilateral treaty to protect endangered plants and animals. Appendix I includes some   1200 species that are threatened with extinction and are or may be affected by trade. Commercial trade in wild-caught specimens of these species is illegal (permitted only in exceptional licensed circumstances).

“If they cannot multiply in their homeland, I am seriously interested in breeding them here. And my efforts have succeeded. I have already raised a third generation. Even the Russian association headed by President Putin knows about this,” said Gevorgyan, referring to a Russian organization engaged in preserving the Amur tiger. 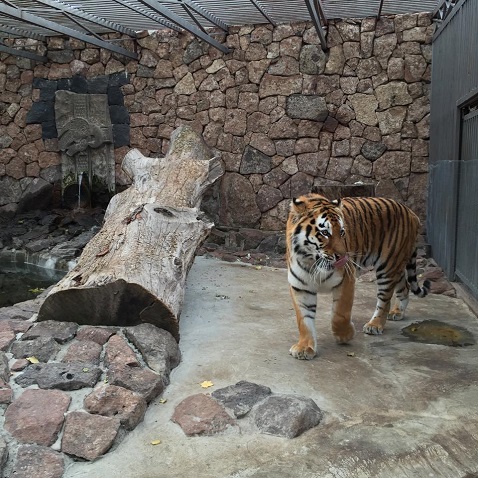 MP Gevorgyan says nine tiger cubs have been born under his watch and that the Russian environmentalists were amazed at the result. Gevorgyan says they periodically come to Armenia to check on the tigers.

Gevorgyan now keeps six tigers at his enclosure. He gave the others as gifts to friends. One went to Gagik Tsarukyan.

Gevorgyan says he only gives the valuable tigers to people who can properly take care of them.

The MP says he received the tigers five years ago from Russia and that the paperwork is in order. When this reporter asked if keeping wild animals in captivity isn’t in violation of international treaties signed by Armenia regarding animal rights, Gevorgyan replied that tigers in the wild would be jealous of the lifestyle of the tigers in his care. 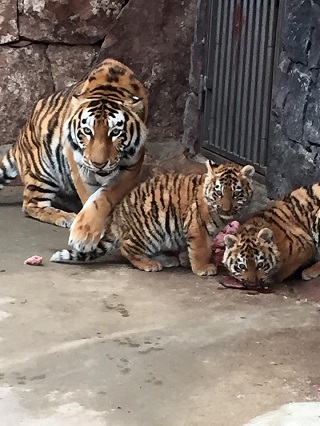 “They have a large swimming pool in which to bathe. They drink clean water like we do. They have large tree limbs on which to sharpen their claws. All the facilities equal to nature have been created. You cannot call their enclosures cages. They measure 50 meters long by 15 meters wide,” said Gevorgyan.

Gevorgyan went on to argue that the Siberian tigers are a fickle animal and can’t reproduce in their native environment and that’s why they are disappearing. “In the climatic conditions of Armenia, however, they have been multiplying,” he noted.

Gevorgyan claims he isn’t following a fad by keeping the tigers, and that in addition to loving and doting over them, he keeps the tigers to breed them.

“I do not sell the tigers, nor can I give them to people who cannot take care of them. Harming or killing the tigers is a crime,” said Gevorgyan.

The MP told me that he had kept a valuable lion for five years and he then gave it as a present to Artsakh President Bako Sahakyan three years ago. Sahakyan, in turn, donated the lion to the Gandzasar Zoo in the village of Vank.