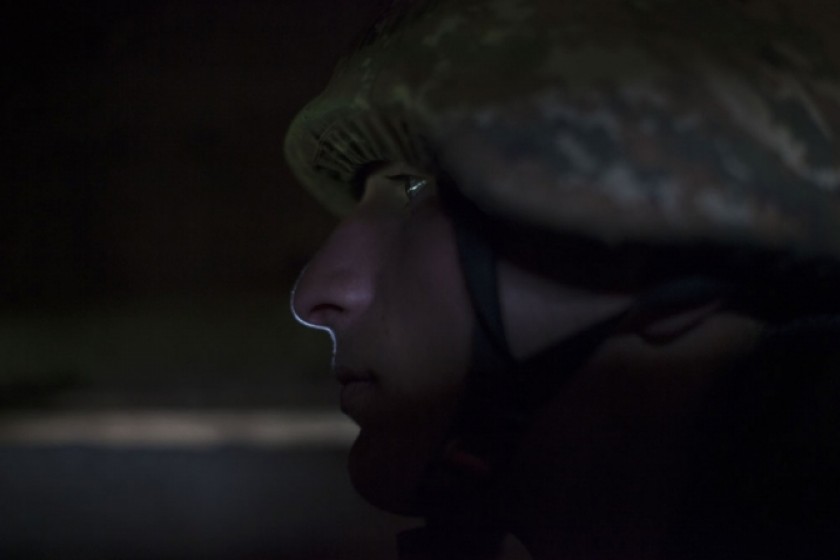 The plain appears through the narrow opening of the observation post.

These posts are set apart at the same distance up and down the 180 border that separates Artsakh from Azerbaijan. Every day, thousands of soldiers are looking across the line of contact to the enemy beyond.

The commander in chief of the Artsakh Defense Army says that they are ready for anything, from whatever direction.

After the constant rains of the past month, colorful plants have grown as tall as a man. There are red poppies leading up to the observation post entrance. Enemy positions are hard to spot in all this green foliage. Our positions merge with the green as well. 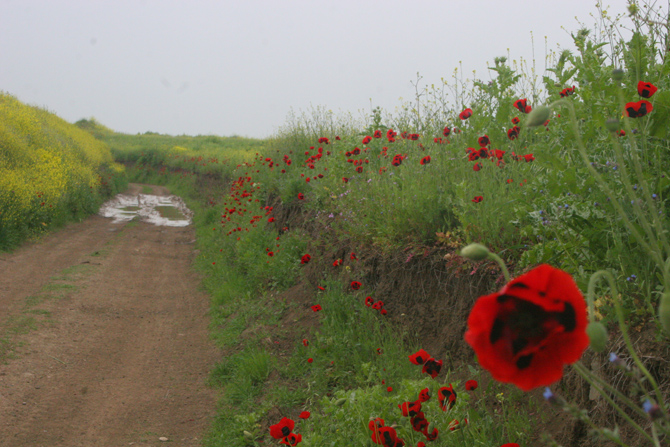 On January 3, the Azerbaijani Armey launched a series of attempted incursions into Artsakh. Of these, seventeen were large-scale attacks in which tens of special combatants participated. Sometimes, their number reached forty per sortie. Army Commander Movses Hakobyan says that the soldiers under his command were never routed or fled their positions. “I am proud of my soldiers. They make of proud of the homeland,” he says. 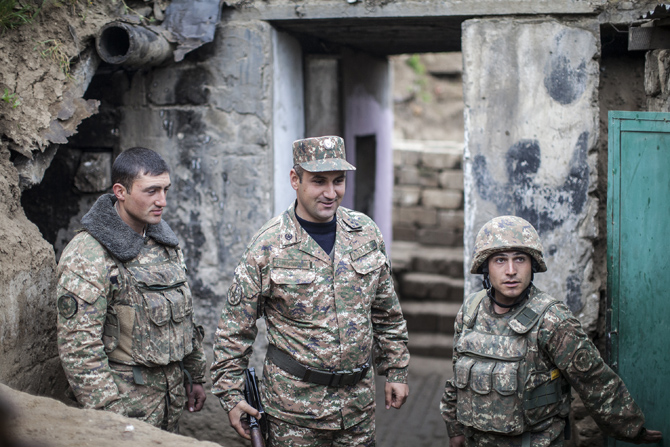 During April, Azerbaijani special units attempted incursion sorties almost every day. On the 23rd, the enemy attempted such a thrust along the southern border. The night before, Azerbaijani forces tried to break through our lines in three directions. Our soldiers repelled them.

This year, the actions of the adversary stand out due to the participation of special units trained in Turkey and that Turkish soldiers are fighting along their side to bolster morale within the ranks of the Azerbaijani forces.

Most likely the Turkish soldiers were sent on some mission connected to the centenary of the Armenian Genocide. Whatever their intentions, our soldiers prevented such plans and often inflicted casualties.

Mher Sargsyan, a deputy commander of the military post, escorts us to the frontline. The windshield of the jeep is cracked. I ask him what happened. “Enemy fire. No one was injured,” he dryly replies. I figure he must be exhausted and not too talkative. Sleepless nights are etched on his face. Mher Sargsyan has served in the army for just over 23 years. 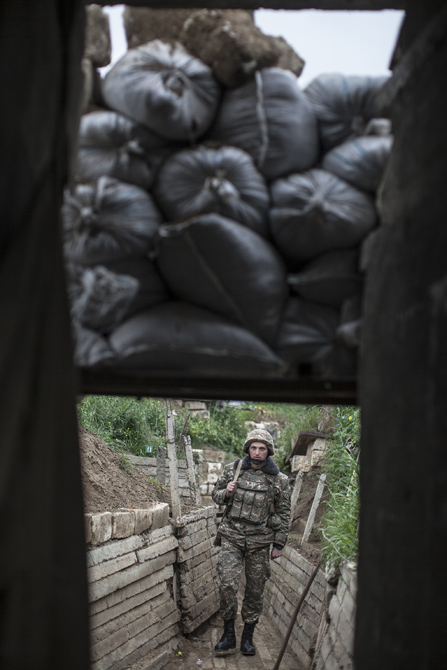 We visit the area where the enemy has placed mines that can be detonated at long-range. Some of our vehicles were blown up in this fashion and the Azerbaijani media distributed a video on the incident on April 22.

Pictures of the incident were taken by drones. The enemy’s action was a success.

They breached ached the border, planted the mines along the road and retreated. When our vehicles passed by, they detonated the mines with the help of a long-range drone. Luckily, we didn’t suffer any deaths since the mines were place on an incorrect angle. Only two of our boys sustained light injuries.

But it could have been much worse. Battalion Commander ArmenHaroutyunyan shows me the holes were the mines exploded.

Haroutyunyan says each post should have its own drone to keep watch over movements on the other side and to plan in advance. That would entail soldiers trained in operating drones.

“Specialists in new technologies must employ such opportunities and offer proposals to the army. Today, there is a dire demand for such people. The current situation creates an opportunity for them which they must use,” says an officer. 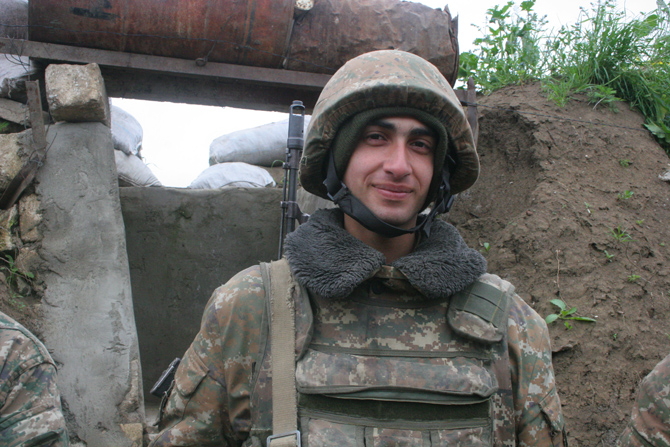 Artash, from Charentsavan, is a student. He’s been serving in the army for 15 months. I ask if last night was a tense one. He says it was but that they’ve gotten used to it.

“It was a bit tough at first but not now. We’ve grown accustomed to it,” he said.

When I wrote about Artash in Facebook, his mom responded. She asked me about how her son was doing. She misses him very much since she hasn’t seen him for the past six months. 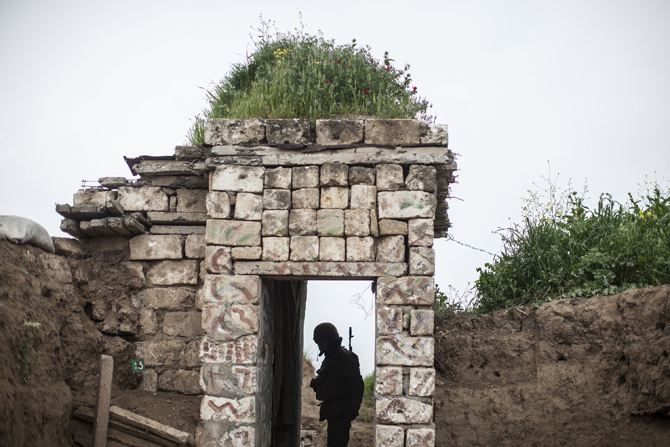 “He turns 22 on May 26. His birthday coincides with the Battle of Avarayr. I wish all our boys safe military service. May God protect all our soldiers,” writes Naira Poghosyan, Artash’s mother.