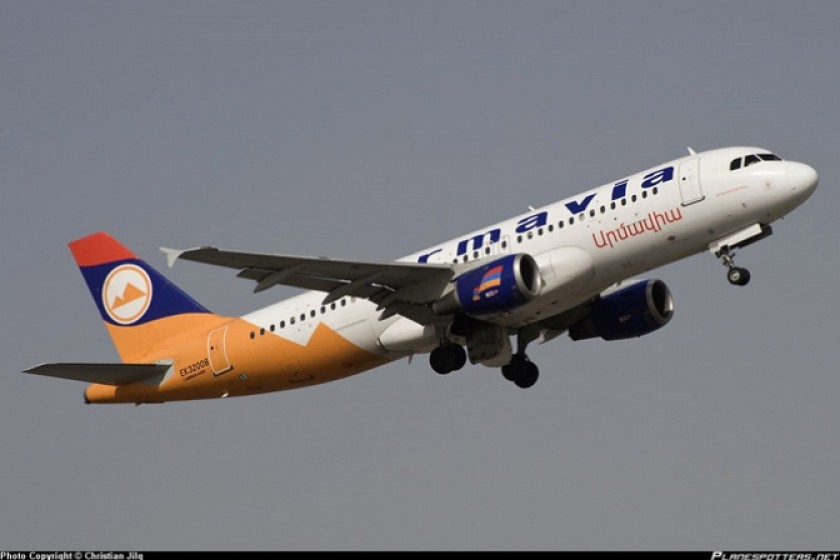 In Part One of this series tracing the founding and ultimate dissolution of Armavia Airlines, we wrote that in September 2002 Natalya Filyova (founder of Siberia Airlines) obtained a 50% shareholder of Armavia.

On March 14, 2003, Siberia, Armavia and the government of Armenia initialed three agreements.

According to one of them, the government issued Armavia exclusive permission for air route operations. This was a blow to the state owned Armenian Airlines which faced others problems starting in the late 1990s. Much was talked and written about the fact that the profitable air carrier faced numerous problems during the tenure of Robert Kocharyan, Armenia’s second president. (Kocharyan became president in 1998).

Many believed that the company’s financial and technical problems, operating non-profitable flights, were a result of poor management. Others believed that it was a conspiracy from the top to artificially bankrupt Armenian Airlines in order to make way for the company owned by businessman Mikayel Baghdasarov. The state owned company experienced a financial crisis during 2002-2003 and according to the March 14 agreement the government put the first nail in the coffin of Armenian Airlines by allocating a number of route permits to Armavia, including the most profitable of all – the Yerevan Moscow route. It’s not by accident that in the same year Armenian Airlines cancelled all flights and was declared bankrupt by the RA Economics Court on March 26, 2004. 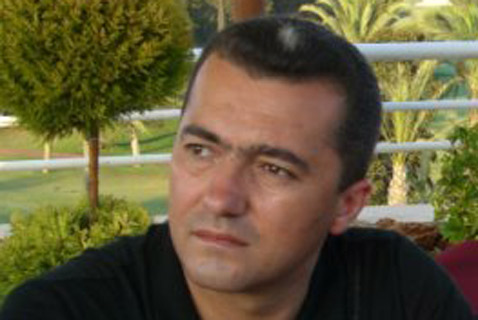 In the summer of 2004, during an interview with Azatutyun Radio, Armenian Airlines Director Arsen Avetisyan (now the director of Air Armenia) gave several reasons why Armenian Airlines accumulated some US$28 million in debt.

These included the 1998 Russian default, the separation of profitable subunits from Armenian Airlines that same year (e.g. the state owned AviaSnound Company that supplied meals. Another transported cargo within the confines of airports). He also mentioned the joining of the debt ridden Gyumri Airlines with Armenian Airlines as another factor.

Avetisyan said that they had drafted a plan to get the company back on its feet. It would sell off all its assets, except for the Il-86 plane, to pay back a portion of the debts. The plane would be used to fly the Yerevan-Moscow-Yerevan route and the expectation was that in two years all the company’s debts would be paid off. Avetisyan also noted that given the agreement between Armavia and the government, their financial plan to rehabilitate the company would probably be rejected. 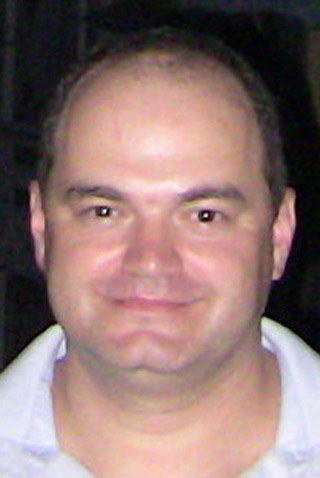 Moving ahead, we should note that parallel to the fall of Armenian Airlines, in April 2003, Arsen Avetisyan and Vahan Harutyunyan (brother of justice minister Davit Harutyunyan; 1998-2007), founded Air Armenia, a company that later purchased technical lab equipment from the bankrupt Armenian Airlines. (Such equipment was capable of servicing Soviet-made aircraft).

Armenian Airlines never got back on its feet, Armavia received the opportunity to operate profitable flights, and Siberia Airlines (according to one of those March 14, 2003 agreements) increased its 50% share in Armavia to 68%. The Armenian government also came out a winner. The agreement obligated Armavia to pay US$1 million annually, from January 1, 2004 to 2013, for the exclusive rights. (A total of $10 million)

According to the third agreement, the government transferred certain Armenian Airlines’ property and obligations to Armavia.

On March 27, the government agreed to the transactions and directed Justice Minister Davit Harutyunyan to sign them.

Days earlier, on March 23, the government had initialed a memo of understanding with Armenian International Airways. The parties agreed that a portion of funds from the Armavia transaction would go to paying off the 852 million AMD debt of Armenian Airlines. On May 22, 2003, the government decided to allocate 861 million of the resources going to Armavia to Armenian Airlines – to cover wage debt and 1 billion AMD to pay off budgetary loans.

Even though in 2003 Armavia wasn’t the only Armenian company conducting passenger and cargo flights, the company obtained a number of allowances by signing an agreement with the government. It thus became a national carrier. Generally, national carriers are those companies in which the state owns a majority share of more than 50% (there are exceptions when the state owns a smaller share), or companies issued certain allowances by the state. 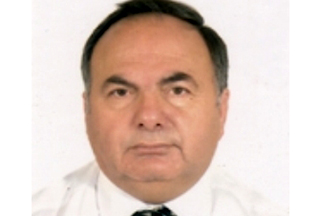 There were two major players in the Armenian airlines market in 2003 – Armavia and Armenian International Airways (AIA). If the first primarily fly to Russia, the second focused on Europe. AIA received state registration on June 13, 2002. It was founded by the well-known businessmen Versandik and Hrayr Hakobyan, Levon Baghdasaryan, and Gagik Tsarukyan.

The company’s first director was French-Armenian Levon Baghdasaryan, later replaced by Versandik Hakobyan. From 1994-2002, Hakobyan served as the Armenian Airlines rep in the UAE. From 2007 to 2012 he was a Prosperous Armenia Party MP. Gagik Tsarukyan, the wealthy Armenian businessman, also founded AviaSnound CJSC (now defunct).

All this goes to show that in 2003 Armenian passenger aviation was controlled by these prominent oligarchs and, of course, Russian Siberia Airlines.

AIA only had one Airbus 320-212 airplane (registration number EK-32001). Between 2002 and 2005, AIA was operating the plane. During 2005-2006, AIA leased the plane to Pakistani, Tunisian, Lebanese and Arab companies. On May 5, 2006, a fire erupted at one of the hangars at the Brussels airport. Four aircraft were put out of service including Armavia Airbus A320-211 (EK-32010) and AIA EK-32001 which at the time was being operated by Air Arabia (UAE). There were no human deaths. The two Armenian aircraft were destroyed. The flight operations of AIA thus came to a halt. This company, however, still exists today. As of May 2014 it’s been renamed International Airways and Versandik Hakobyan serves as director. 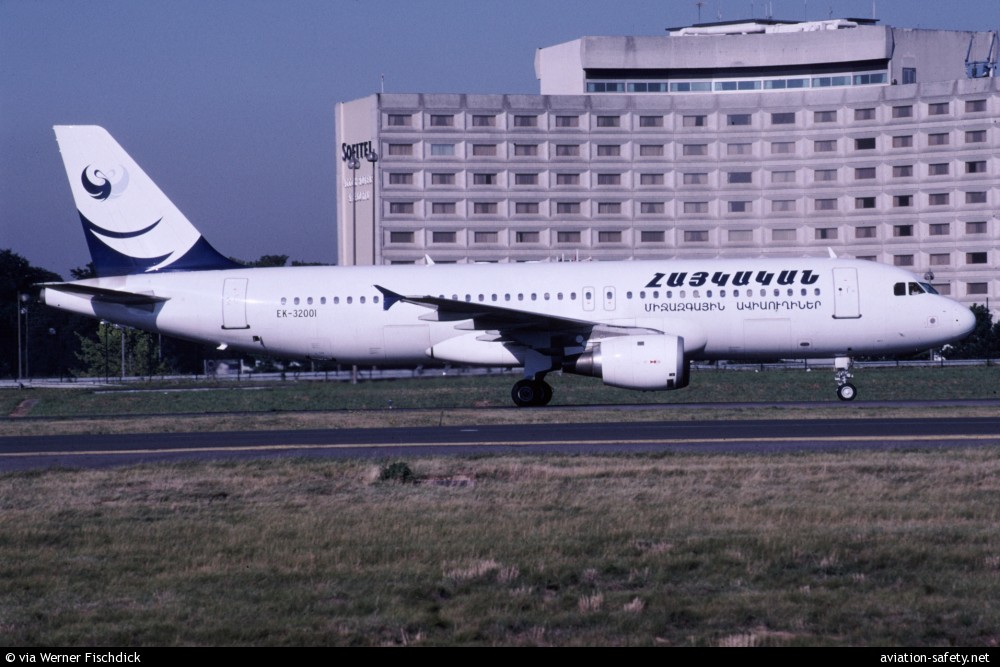 After 2005, when AIA leased its plane to other companies, Armavia essentially enjoyed monopoly status in the Armenian skies. We should note that we are referring to passenger transport. There were numerous small companies engaged in cargo transport, just like today. 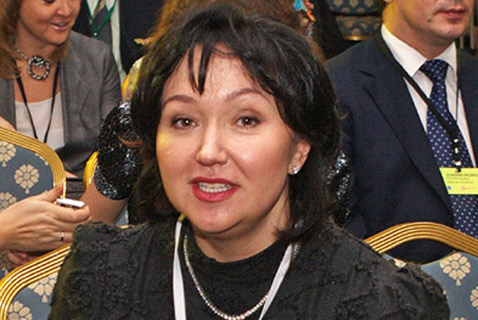 As mentioned in the previous article, Natalya Filyova, a 68% shareholder in Armavia at the time, reregistered her shares under the name of Aviafin Ltd., a company which she owned outright. The other 32% was owned by M. Baghdasarov’s Mika Armenia Trading Ltd. In December, Andrei Nikitin (who like Filyova also hails from Novosibirsk) was appointed the General Director of Armavia Airlines. Nikitin managed the company until April 30, 2005, when Bagdasarov’s offshore Mika Limited purchased Aviafin. Thus, Siberia Airlines pulled out of Armavia. 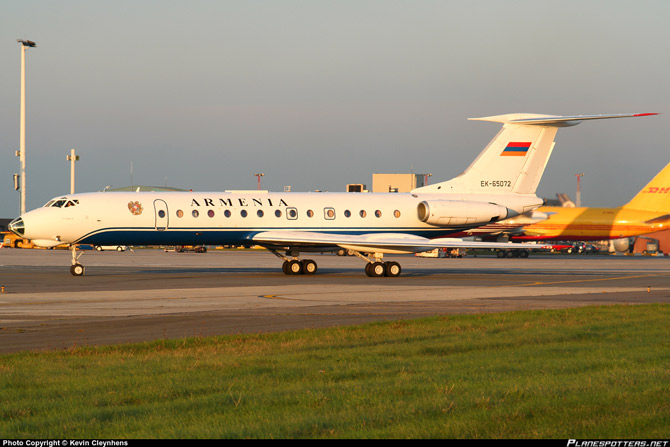 As of 2007, Armenia’s president and other officials travel in the 1998 manufactured Airbus A319-132 (EK-RA01; as of 2014 registration number 701). Prior to 2013 this plane was also operated by Armavia and later by Air Armenia. Today it’s operated by the Aviation Educational Center CJSC, a part of Armenia’s General Department of Civil Aviation. Thus, by the end of 2004 the company had four leased Airbus A320-211 aircraft ((EK-32007, EK-32008,EK-32009, EK-32010), as well as (according to company General Director Andrei Nikitin) one AN-24, about which there is no information in the data bases. On October 25, 2004, the public was introduced to the new image of Armavia. If airplanes weren’t painted in the past, or if the tails were just blue with the name “ARMAVIA” written, the new design was completely different.

As Alison Coeur, director of the British company Landor Associates which participated in the rebranding of Armavia stated at the time, they tried to represent the culture, colors and symbols of Armenia in the remake. They used the colors of the Armenian flag.  The aircraft’s engines were painted orange, blue and red. The plane’s tail displayed apricot flowers painting the symbol of Armenia - Mount Ararat.

2004 was a successful year for the company. In May it became a true member of the International Air Transport Association (IATA); joining 270 other aviation companies. In June it signed up to the MITA (Multilateral Interline Traffic Agreements) and the IATA Clearing House.

In 2003 the company flew 3,026 flights; carrying 249,200 passengers. In 2004, it flew 5,373 flights; carrying 430,900 passengers add 1,500 tons of cargo and mail. As of May 21 Armavia started to fly from Gyumri’s Shirak Airport to Rostov on the Don, Anapa, Minvody and Stavropol. General Director Nikitin said that in 2005 the company wanted to gain a prominent position in the mid-haul routes (transit) from Armenia to Europe, the US, Far East, and also from Siberia and the Far East, via Zvartnots, to the Middle East, Europe and the CIS.

Nikitin also said that it was premature to talk about operating at a profit given that the company had invested heavily in setting up a technical base, in retraining 30 pilots (56,000 Euros per pilot), obtaining new equipment and uniforms, the leasing of two Airbus A320, and costs associated with rebranding the company.